For the third consecutive year, ICE made no perceptible changes to the format of their newsletter or its logo in 1998 though I detect a switch in the paper it is printed on, from a glossy sheen to a flat stock. To his credit, publisher Pete Howard also managed to keep the single-issue price unchanged at $3.95 with $39 yearly subscriptions for the fourth consecutive year. Beginning with the April issue (issue 133), a second price was added: $5.95 Canada. After using it for that issue, the signifier U.S. was dropped from future issues.

The dozen issues of ICE from 1998 are numbered 130-141. Each issue has 24 numbered pages front to back. None of the twelve issues I received in the mail at the time were stapled in the same position and a couple of issues have the bottom staple going through the front cover of the issue rather than the spine. This made scanning those issues a little more challenging.
Click images to embiggen 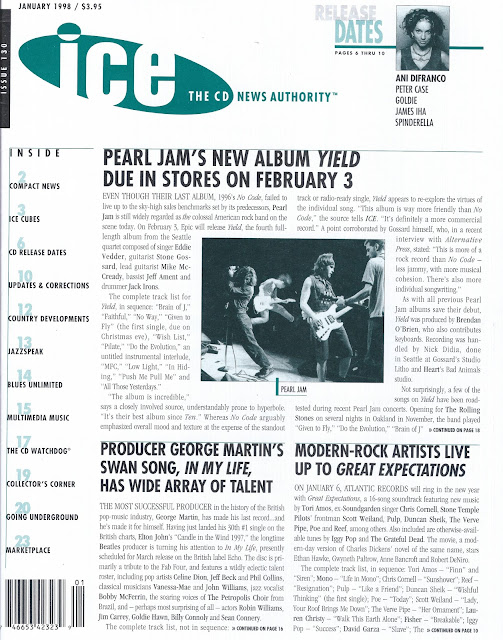 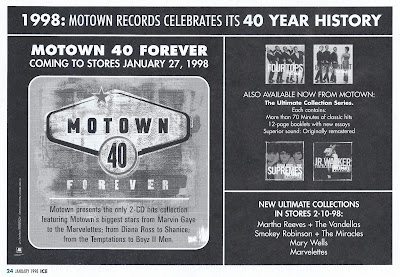 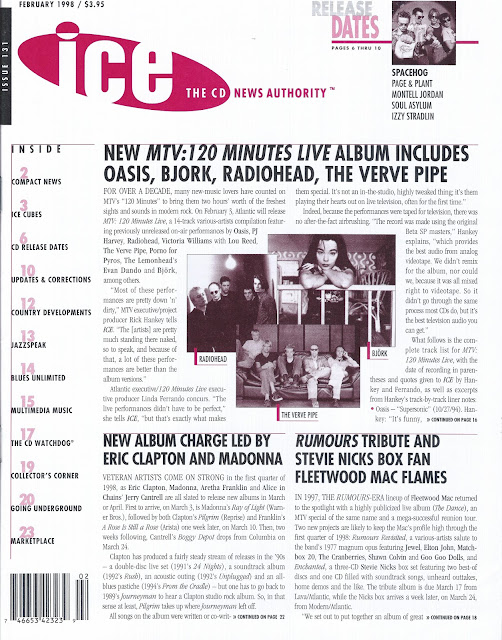 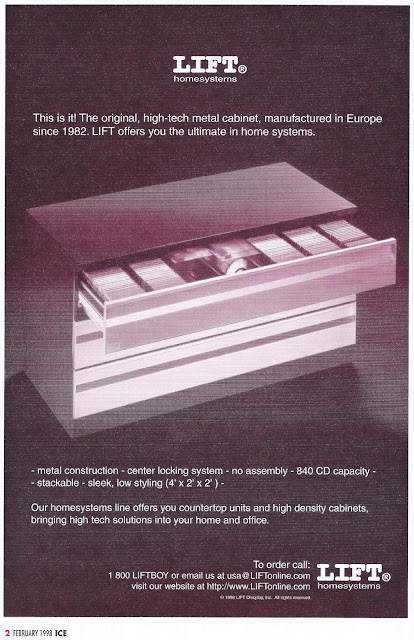 LIFT was the sleeker, pricier European cousin to Canada's CAN-AM disc storage solutions and rarely advertised in ICE. After comparing prices and options between the two companies in 2002, I placed an order with CAN-AM and three weeks later, a giant freight truck was backing into our driveway much to the delight of my three kids and myself. LIFT cabinets were used back then (and still now) by the fine folks at Bookman's, our local recycled entertainment emporiums. LIFT appears to have gone out of business while CAN-AM is still offering their fine products twenty years later. 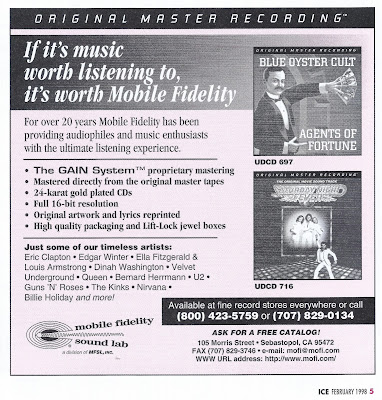 Like CAN-AM, Moblie Fidelity Sound Labs (MFSL) had an advertisement in each issue of ICE in 1998, with each of their ads touting their proprietary mastering from the original master tapes, their 24K gold-plated discs and their sweet Lift-Lock jewel cases. Each MFSL ad also features different releases:

Does anyone remember how much these discs retailed for? $30-$50 sounds right but I don't remember? I bought a few at the time and have since acquired a few more with maybe two-three dozen additional titles on my Wish List if the price is right but it amazes how in demand the MFSL discs are and how ridiculously high the prices are for them, especially for the still-sealed ones. MoFi is back in business after a brief hiatus, producing limited, numbered editions of 180g vinyl and Super Audio Compact Discs (SACD), with most of the latter format being multi-layered hybrid discs that will play in regular CD players. 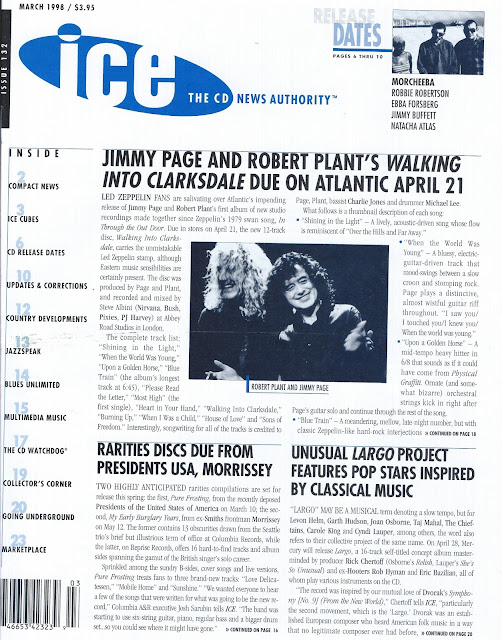 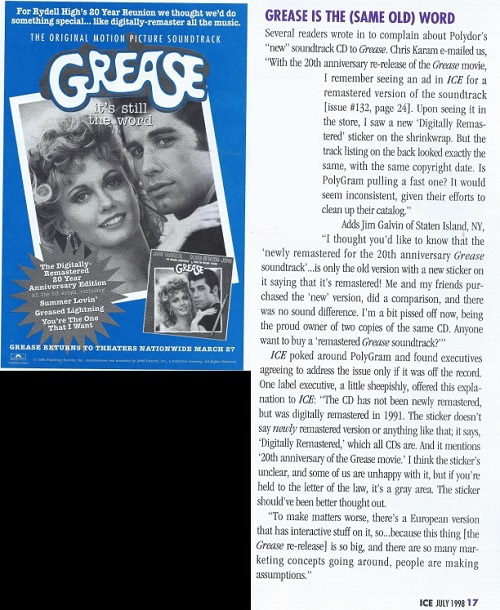 The ad on the left appeared on the back cover of the March 1998 issue. Four months later, the complaints on the right appeared in the July issue's The CD Watchdog, a column "designed to alert you to problem CDs, covering anything that frustrates or short-changes the CD buyer." ICE would reach out to the various labels and people responsible for answers, explanations and sometimes, in extreme cases, replacements for defective discs were offered. 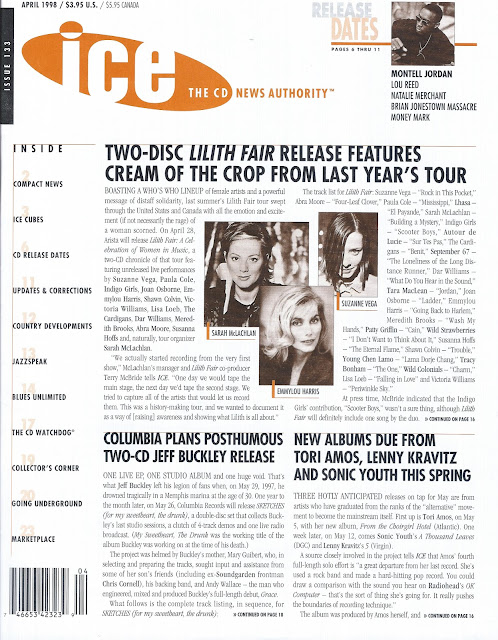 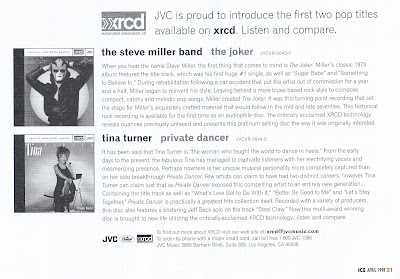 JVC got into the audiophile CD game with the launch of their XRCD line in 1998. Despite the two pop/rock titles they started with, nearly all the subsequent releases in the eXtended Resolution Compact Disc line were from the genre of jazz with some titles in very high demand. The discs are packaged in a thick cardboard book-like cover. 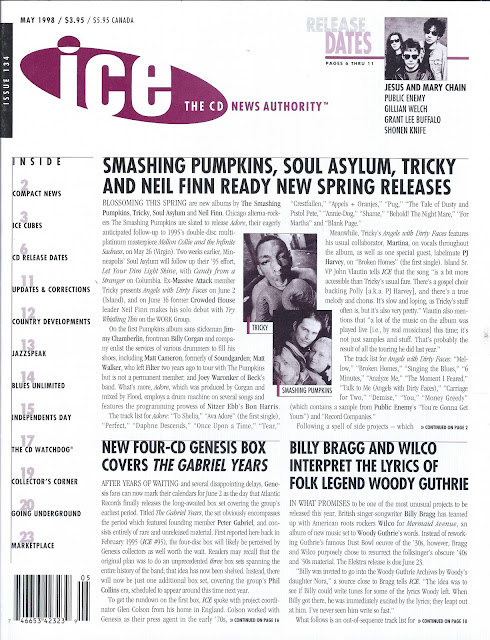 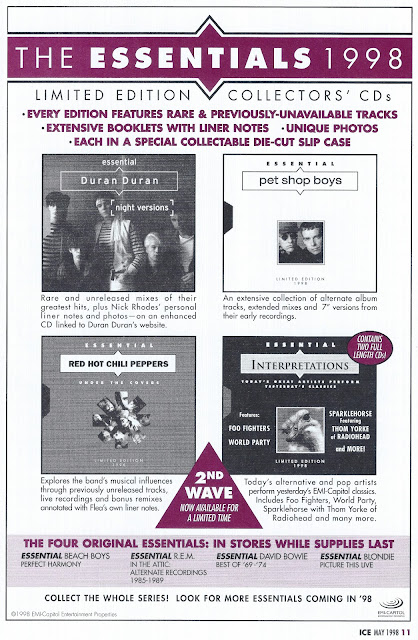 I covered the first wave of The Essentials here and listed four more titles from the series I had come across. Those four titles are pictured in the ad above as the 2nd Wave. Although the ad promises more Essentials coming in '98, I've yet to come across any. How about you? 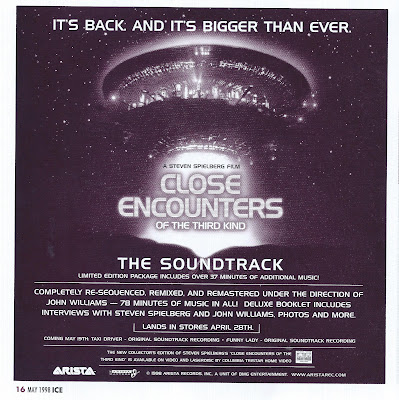 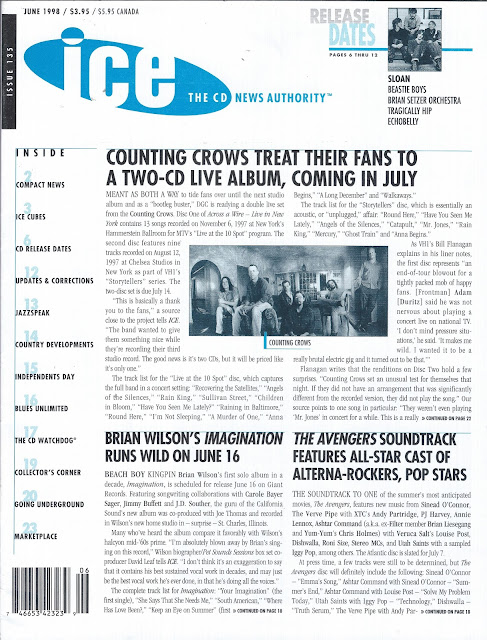 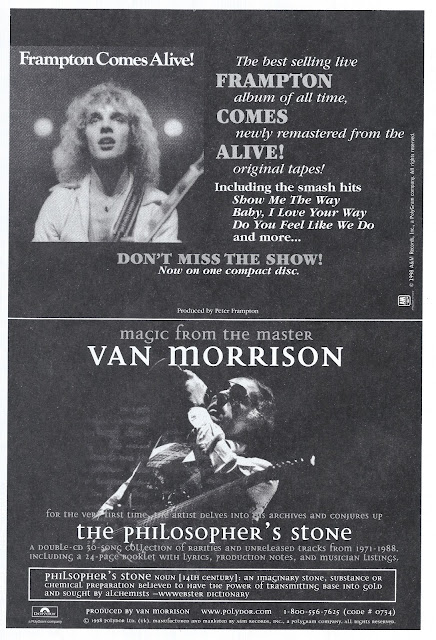 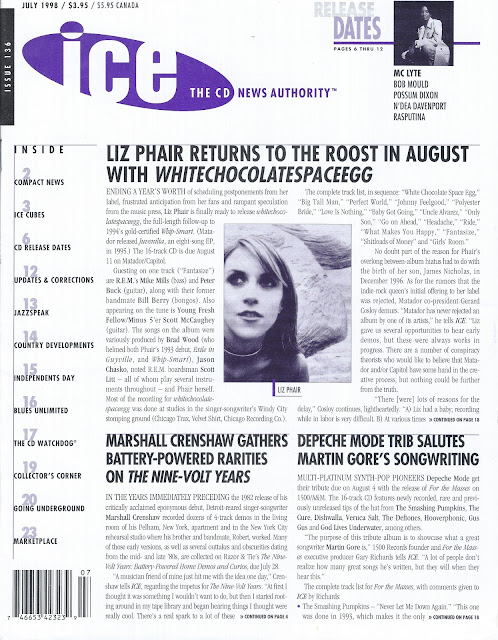 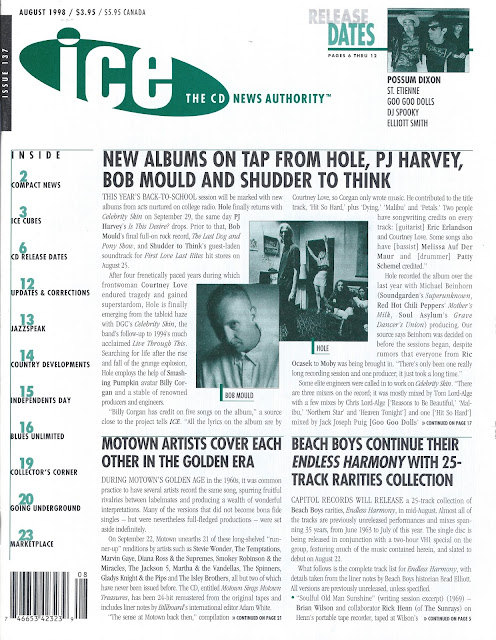 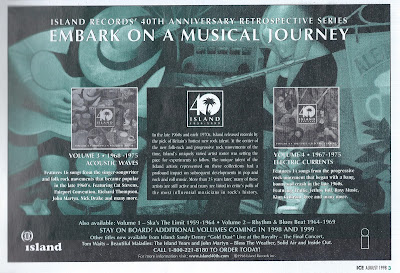 In addition to the first two volumes from 1997 and these two volumes in 1998, a fifth volume in the Island 40th Anniversary - The Definitive History of Island Records series was released in 1999. The label celebrated its 25th Anniversary in 1987 with a great double-disc set titled The Island Story 1962-1987. The label explained the difference in anniversary dates with a newly revealed history that it was founded and released its first record in 1959 in Jamaica before relocating to London in 1962. 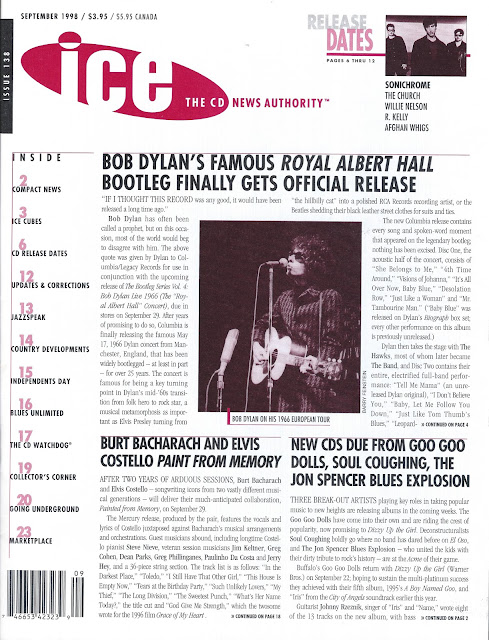 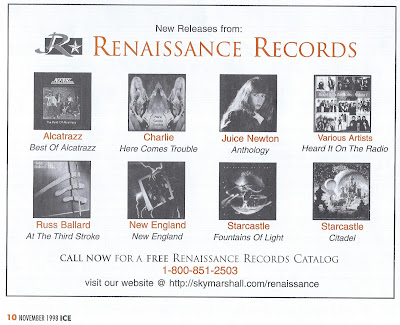 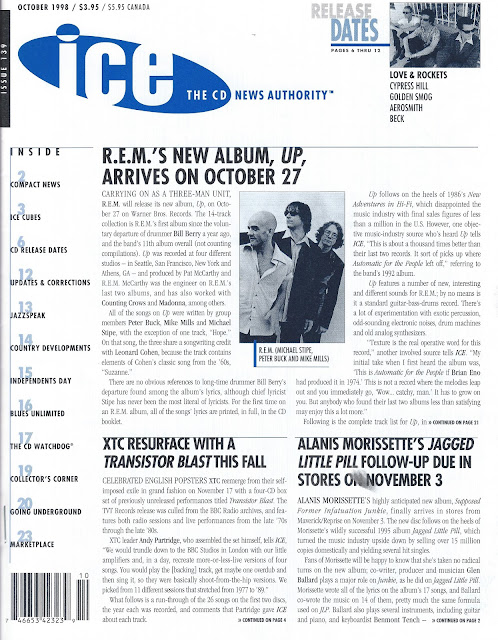 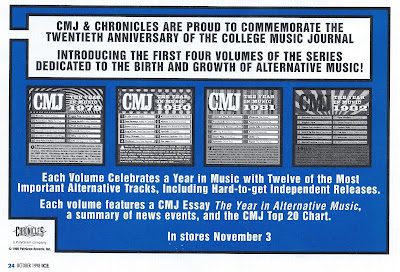 We covered these four College Music Journal (CMJ) 20th Anniversary discs HERE. Though the ad states that they are the first four volumes in the series, unfortunately no more were ever released though if you need additional college rock year by year compilations, seek out Rhino's Hang The DJ series from 1996. You get 54 tracks from 1986-1988 across three discs. 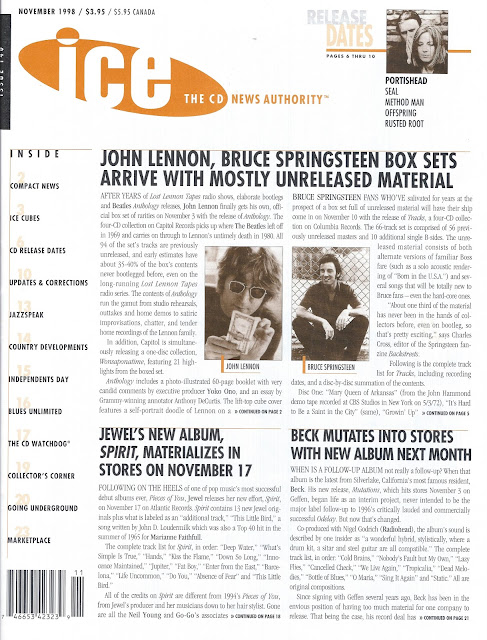 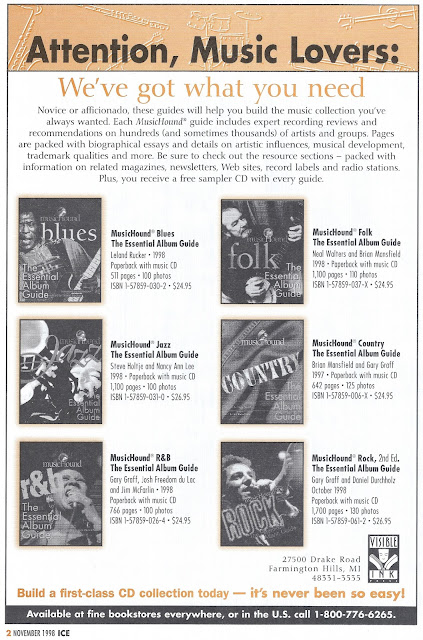 In 1993, when I left the glamorous world of fast food after ten years for the bright twinkly lights of a now-defunct video cassette rental chain, my first purchase was the already outdated 1993 VideoHound Golden Movie Retriever. It was an invaluable resource and I bought new, updated editions annually for the next 20 years. Along the way, VideoHound spun off MusicHound and I bought the Rock book pictured in the ad above. While I no longer have my extensive collection of VideoHound books, I still have the MusicHound Rock Essential Album Guide on a shelf here at The Hideaway, in between the first two editions of the All Music Guide and a book titled Rolling Stone Raves. 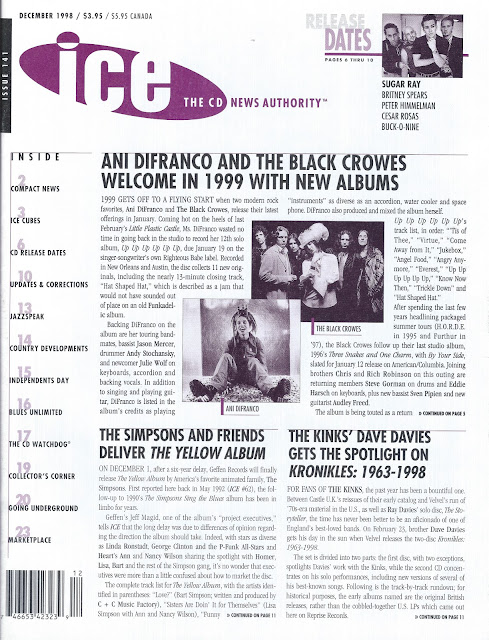 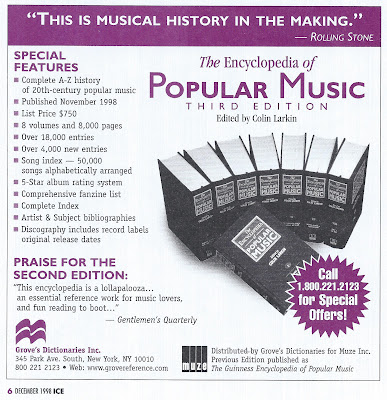 I just found a set of these for sale. Only $88, including shipping. Had them in my cart for last few hours before finally saving them for later. So help me if they are still available in a month or two, they will be mine. Maybe.