Where were you in 1994? I had started a new job in the middle of 1993 and, by Christmas, had received a promotion with an accompanying pay raise so 1994 was looking pretty good on the horizon. In 1994, we celebrated our all-important 7th Wedding Anniversary and our kids turned 7, 4 and 1 while I turned 28, outliving several of my rock idols. Looking back, I don't know how I didn't gain tons of weight - for most of the year, my meals at work were one order of crazy bread from Little Caesar's and a thirty-two-ounce fountain Dr. Pepper from the convenience store. Which reminds me, I need to run a quick errand - be right back. 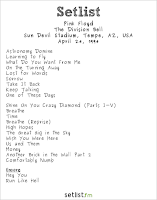 I attended exactly one concert in 1994 - Pink Floyd on their Division Bell tour - and though the show was a doozie (at $32.50, it was my most expensive ticket up to that point), my overall experience was not. We had driven up in shorts and tees but a cold front moved in by the time we got there with temps dropping to below 60 in the windy stadium and we spent all of our concert swag money on stupid overpriced ASU sweats so we could stay warm before we even got in for the show. 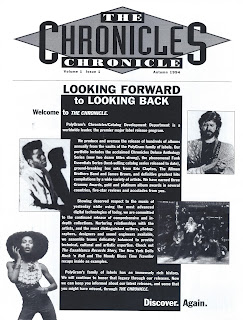 As you can see from the gallery of ICE cover scans below, 1994 was a great year to be an ICE reader and CD buyer. The cover price held steady at $2.95 through the year and after the January 1994 issue, a smoother, glossier paper stock was used as ICE expanded from 12 pages an issue to 16. The postal delivery person that year got in the habit of folding our mail before sticking it in the mailbox, creasing at least five of my issues of ICE. A new jazz column from David Okamoto who was music editor of the Dallas Morning News at the time was also introduced in issue 83 - February and issue 88 - July featured a picture on the cover for the first time that year. Four more issues with pictures on the cover would appear before the year was over. The December issue came wrapped in a double sided wrapper (above), printed inside and out, for Polygram's busy Chronicles catalog development department. And while the box set mania carried over from 1993, the recurring theme in 1994 was tribute albums. That's why I chose the August issue (#89) to headline today's post as it says it all: 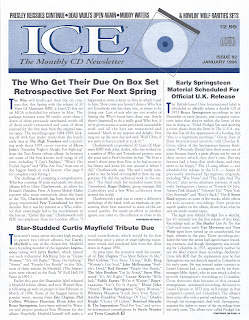 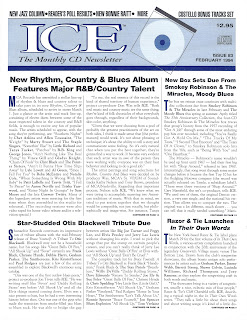 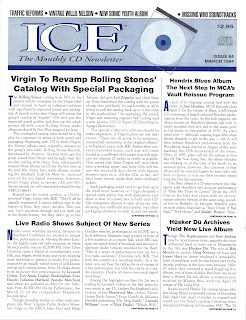 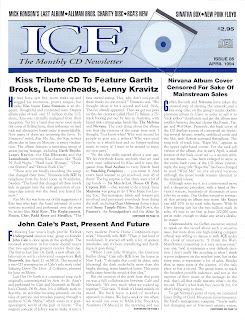 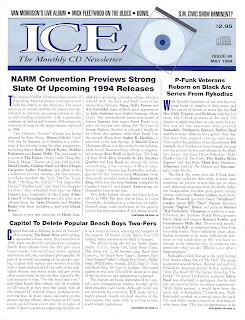 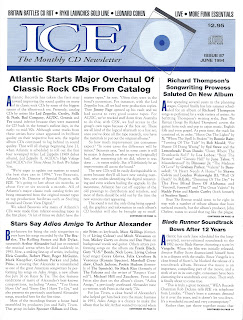 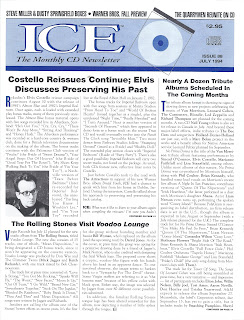 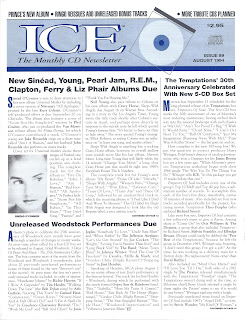 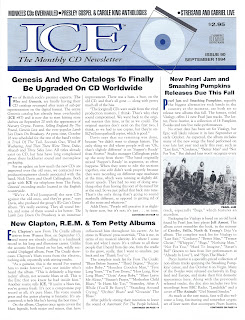 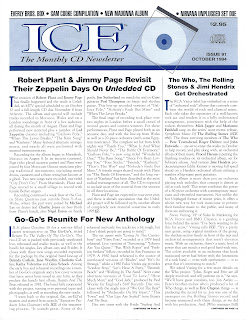 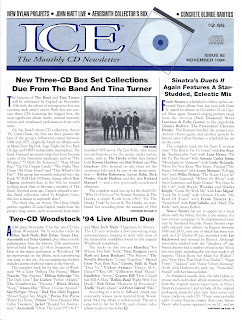 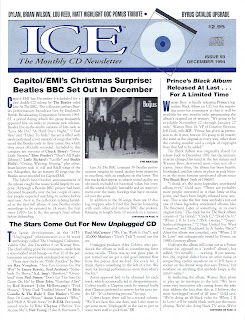 The big news on these covers for me, beside the bevy of tribute albums, was:
Let me know in the comments what your favorite CD purchases were in 1994. Did you go for Dookie? Or were you hot for Hootie all along? Maybe you scooped up some of the many now classic rap and hip-hop albums from that year? Or did you get your mosh on with Smash, The Downward Spiral, and Far Beyond Driven?

To give you some small insight into what the tastes were of ICE readers back then, here are the results of the 1993 Holiday Reader's Poll, which were published in issue 83. Of particular interest twenty-two years later are the answers to the fifth question, labeled V. 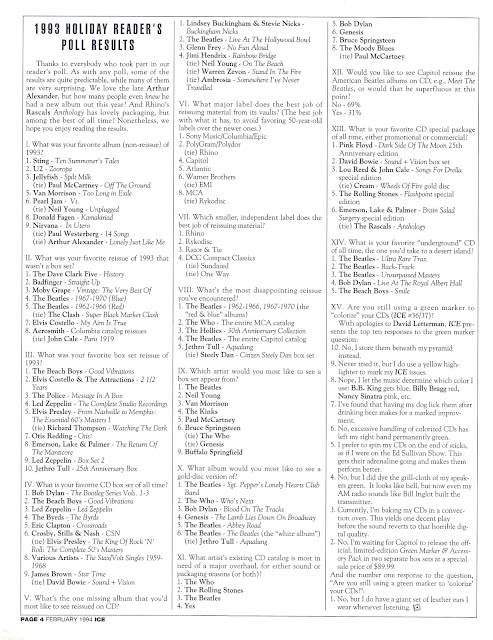