Here's a brief, general history of the formats I have listened to through the years: Whatever Dad was listening to (radio, vinyl or 8-tracks) > radio > records > mixtapes > CDs > Sirius > minidiscs > iPod/mp3s > streaming. Almost all of them are still in my life today though streaming is my primary mode of listening.

My first streaming service was Slacker (that's their Yacht Rock graphic up top) followed by Pandora and then Spotify. In preparation for Yacht Rock Week here at The Hideaway, I listened to Slacker's Yacht Rock station as well as the Yacht Rock station on Google Play Music for several days to gauge if there were any differences in song selection and here's my detailed report:
During these listening sessions, I also listened to SiriusXM's Yacht Rock Radio whenever I was in The Blueberry, courtesy of a generous three-month free trial, the latest in a long line of mostly one-month free trials to get me back on the subscription I cancelled more than 10 years ago and I heard pretty much the exact same songs, though more in line with Slacker's playlist than Google's. I kind of miss listening to Slacker. And Songza though it became Google Play Music. 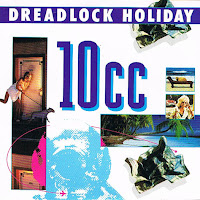 In one eight-hour span of being in and out of the car for various trips and errands, I heard 10cc's "Dreadlock Holiday" three times on SiriusXM, which either points to the chaotic beauty of randomness or an incredibly short-stacked playlist. In 2014, Universal Music TV (UMTV) released a compilation titled Yacht Rock in the United Kingdom, made up of 60 Smooth Rock Classics from the 70s & 80s spread across three discs. Perhaps it meets your maritime music needs - I'm still waiting to hear back from our local yacht club as to whether they have given the collection their official seal of approval - so I present my recreation of the compilation here today so you can play yacht or nacht. As for me, I like most of the sixty songs but only a couple of them appear on my personal playlist of soft shanties for the sea. Yacht Rock is not just another soft rock collection; it features some lesser known song and artist selections as well as Boston - wait, Boston? Most definitely racht but nacht yacht. 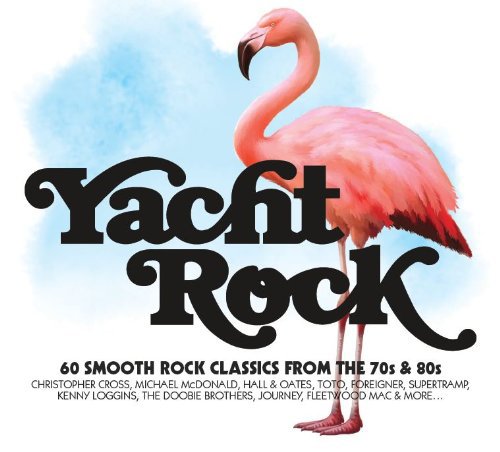 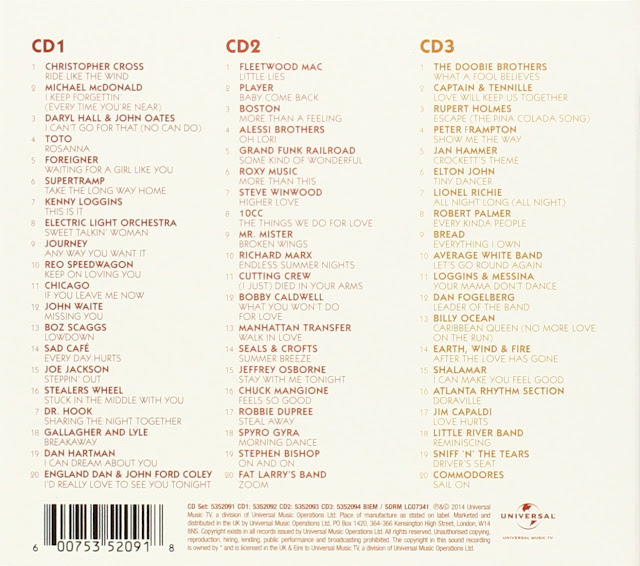