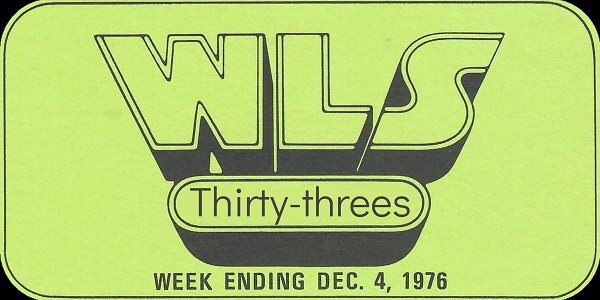 Today's post is the first of our recently acquired batch of WLS surveys from 1976 (below) to be featured here on The Hideaway. With the addition of those 46 colorful pieces of paper, all in amazingly pristine condition, The Hideaway's collection of WLS Surveys from 1976-1982 is now 98% complete. 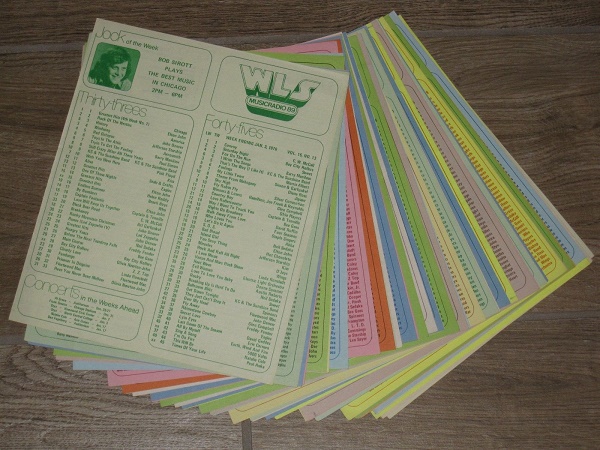 Today, we're traveling back to the week of December 4, 1976. Let's jump right into the list of thirty-three albums. There are three compilation albums are on the list: 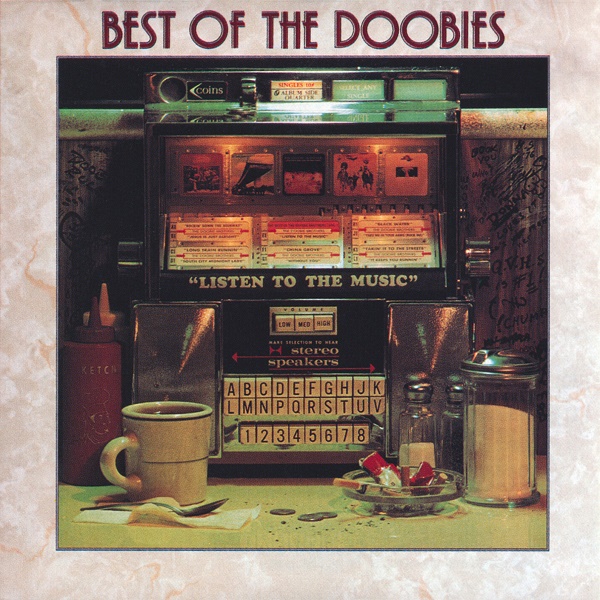 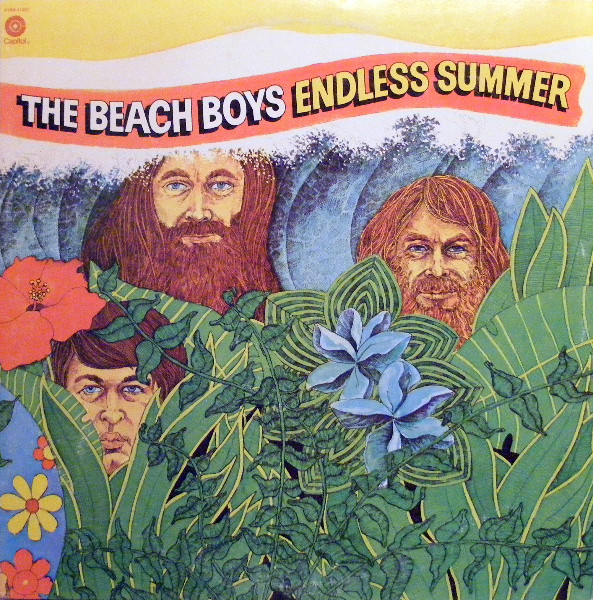 The Beach Boys' Endless Summer, originally released in 1974, is in the midst of its fourth separate appearance on the Thirty-threes chart at number 27, down one from the previous week. It originally charted for four weeks in October 1974, when WLS's albums list was but ten positions. It was static at number 9 the entire month. The album recharted in August 1975 at number 10 (of 10, still) spending six weeks and peaking at number 6. When the switch to thirty-three albums occurred in December 1975, Endless Summer was back on the chart at number 19, the beginning of a nearly five-month stay that would see it peak at number 16. In July 1976, the album reappeared on the list of Thirty-threes at number 32. It would peak at number 10 in September before eventually falling off the chart at the end of March 1977 after a cumulative total of 66 weeks on the survey. My love for Endless Summer has been documented here, here and here. The third hits compilation this week is Eagles - Their Greatest Hits 1971-1975 aka the biggest selling album of all time. After debuting among the Thirty-threes back in March, it topped the chart within three weeks and stayed there for three weeks. This week, the album moves up two spots to number 19. It would drop down to number 20 the following week and remain on the chart for another six months, never again breaking the Top 20. Interestingly enough, Eagles - Their Greatest Hits 1971-1975 would land (nest?) at all but one of the thirty-three positions on the WLS albums chart during its 64 consecutive-weeks on the chart with the only exception being number 32. I wrote about this album here. In three weeks, on the WLS survey dated Christmas Day 1976, Hotel California aka the third biggest selling album of all time as of December 2018, would debut at number 30 - four spots above Their Greatest Hits 1971-1975. 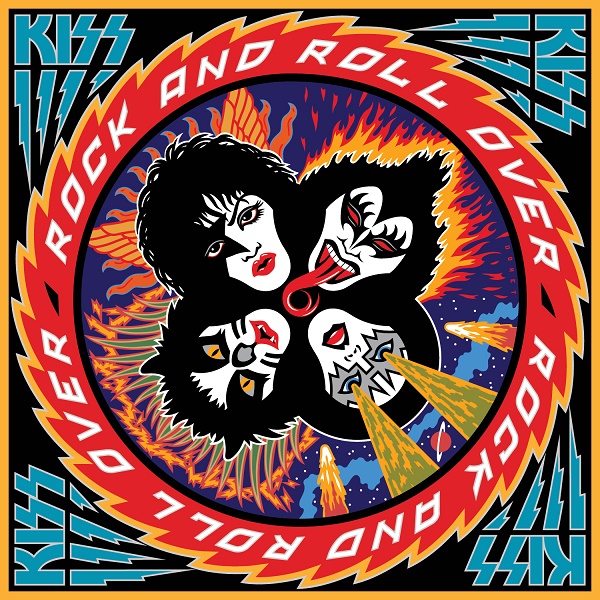 The only other album debuting this week on WLS's list of top-selling long-players is KISS's Rock And Roll Over at number 32. The group's fifth studio album in a little over two years, it would peak at number 9 on the Thirty-threes chart in 1977 behind the twin Top 10 (on WLS's Forty-fives chart, at least) singles "Calling Dr. Love" and "Hard Luck Woman". 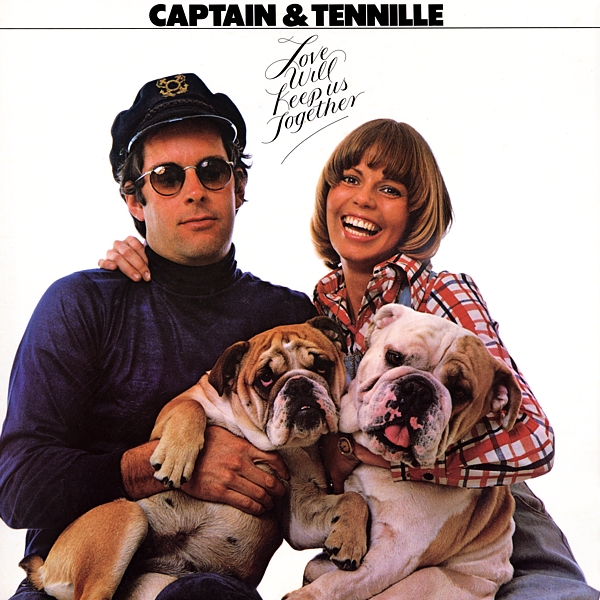 Captain & Tennille are the only act to have two albums among the Thirty-threes. Falling two spots to number 30 this week is the duo's first album, Love Will Keep Us Together. The album landed them two singles at or adjacent to the top of the list of Forty-fives with the album's title track and their first recorded, second released single "The Way I Want To Touch You". Love Will Keep Us Together had peaked at number 2 back in August 1975. The two Bulldogs sharing the album's cover photo were named Broderick and Elizabeth. 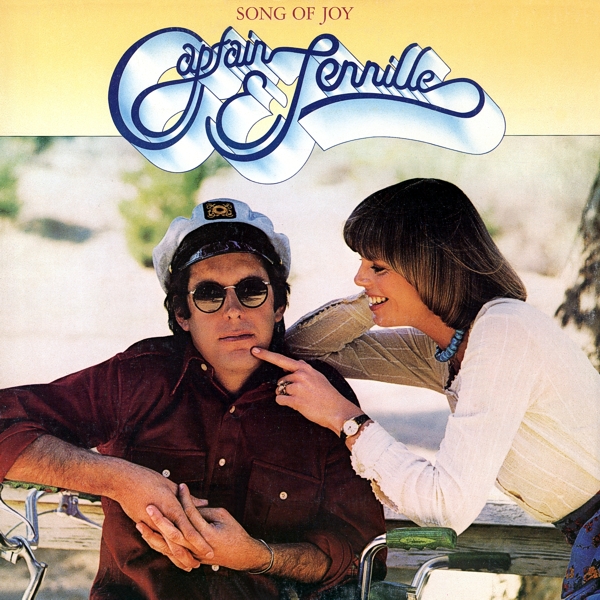 Moving up two spots to number 15 this week is Captain & Tennille's second LP, Song Of Joy, which spun off three Number One singles on WLS: "Lonely Night (Angel Face)", "Shop Around" and "Muskrat Love". The album had debuted back at the end of March 1976 at number 24, peaking at number 4 less than a month later. Song Of Joy and Love Will Keep Us Together were among my initial shipment of eight albums for a penny/nickel/dime from RCA Record Club. The latter album is also one of three albums I am aware of that were recorded en Español as well. The other two are Robbie Dupree's self-titled debut from 1977 and David Lee Roth's Eat 'Em And Smile (Sonrisa Salvaje) from 1986. 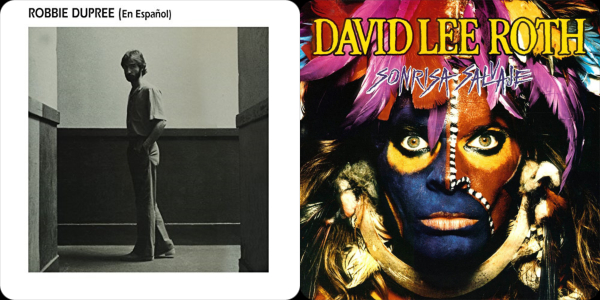 The Number One album on WLS's Thirty-threes this week is Frampton Comes Alive!, in its tenth week at the top spot on the list. This was the double album's thirty-seventh week on the survey and it would spend another twenty-eight weeks on WLS's albums chart before dropping off in June 1977. Frampton Comes Alive! would land three singles in the Top 10 of the Forty-fives chart, end up WLS's Number One album of 1976 and pretty much launch a double live album mania. 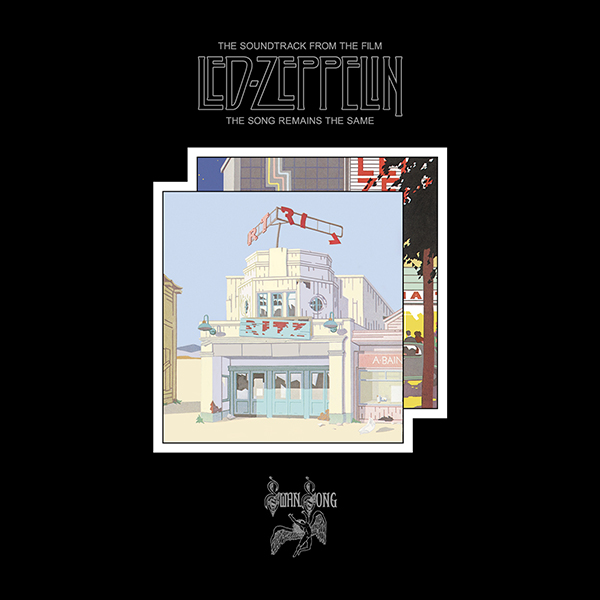 Another live album from this week's Thirty-threes is another double live album. Led Zeppelin's The Song Remains The Same doubles as a soundtrack to the group's concert movie of the same name and holds at number 5 - it's peak - for the second of four consecutive weeks in a four-month run. 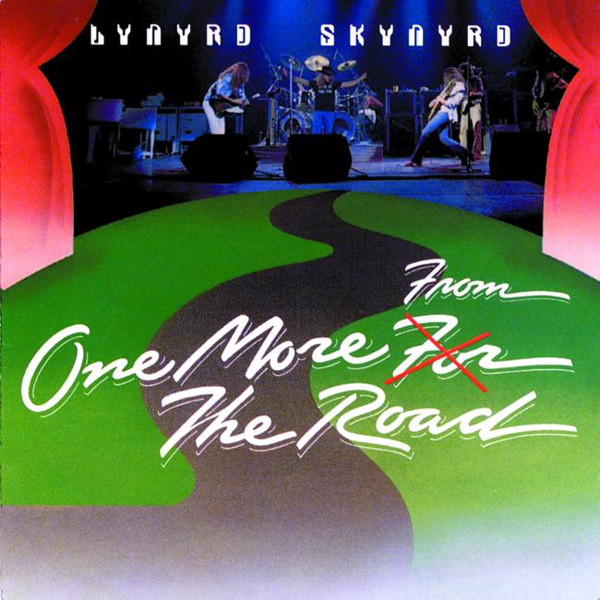 The third double live album found on the Thirty-threes list this week is Lynyrd Skynyrd's One More For From The Road, up two to number 10. The album had debuted on the chart in October 1976 and would peak at number 5 on the 1976 Christmas Week chart in the midst of a twenty-week stay. 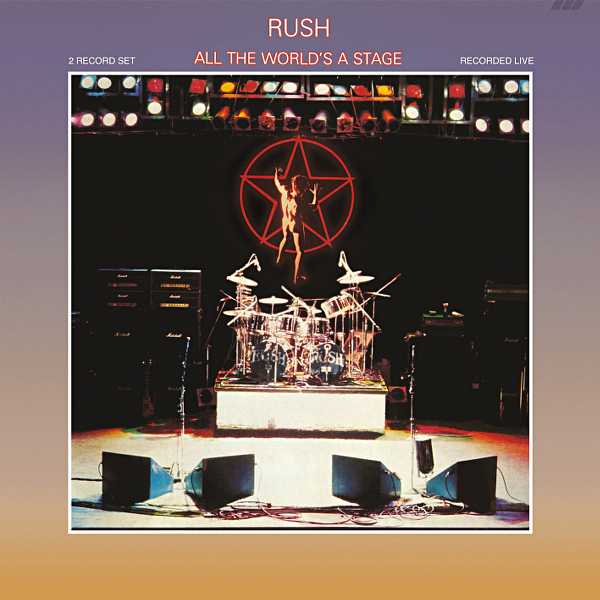 The final double live album on this week's album chart is Rush's All The World's A Stage, dropping two to number 24. The album has but ten tracks running an average of nearly eight minutes each. It had debuted in November 1976, peaked three weeks later at number 22 and the week of December 11th would be the album's last among the Thirty-threes. 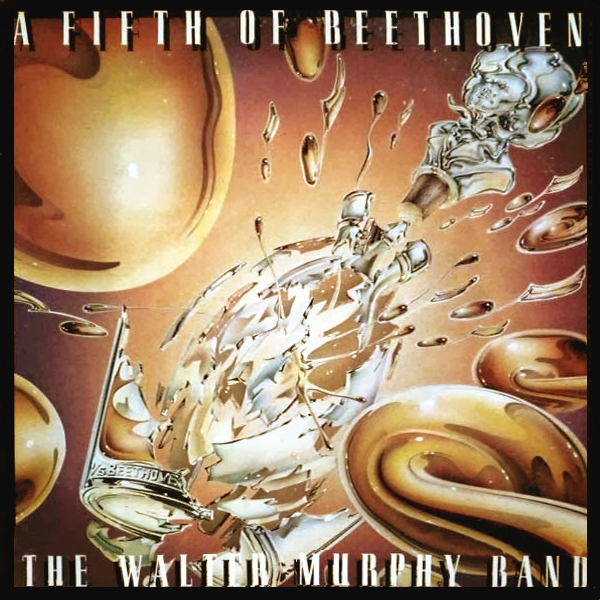 The album with the biggest fall on the Thirty-threes is The Walter Murphy Band's A Fifth Of Beethoven which falls eight spots down to the bottom of the list at number 33 in its final week on the chart. The album had debuted in October and peaked at number 17 the following month. 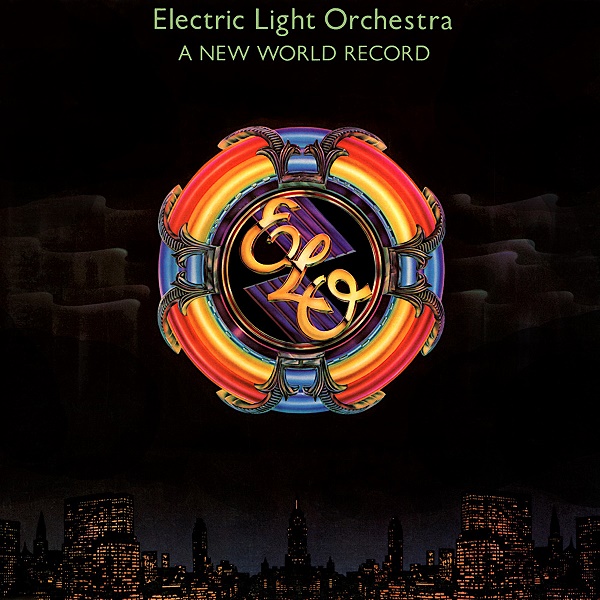 The biggest gainer on the Thirty-threes chart is Electric Light Orchestra's A New World Record, jumping up eleven notches to number 16 this week. The album would hang around on the chart for six months, peaking at number 12. The three songs ("Tightrope", "Telephone Line", and "Rockaria!") that kick off Side One of the record make for one of the greatest album-opening triple-plays I've ever heard. 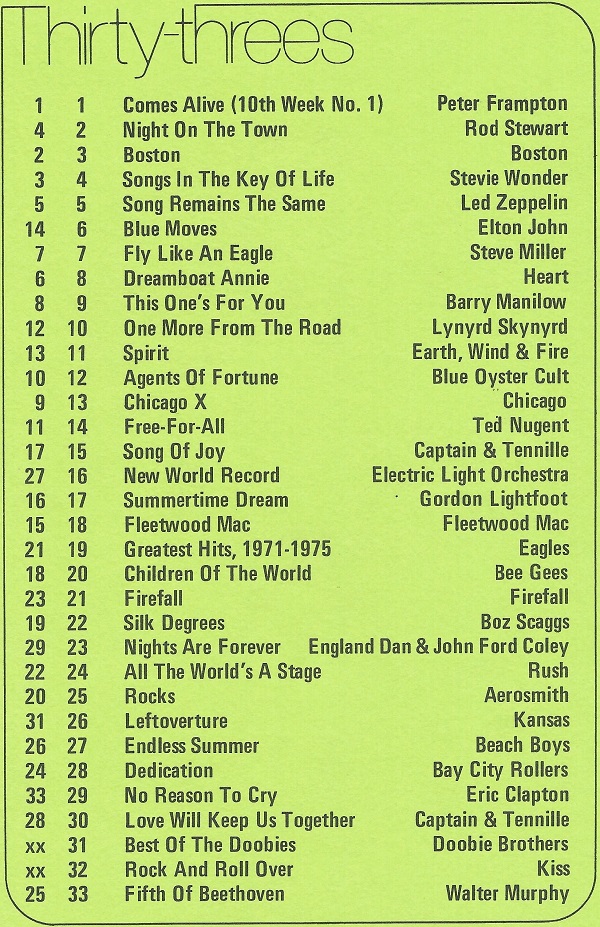 Many of these albums form the foundation of any respectable classic rock station and another handful of them are seeding the soft AC format that's trending as of late. 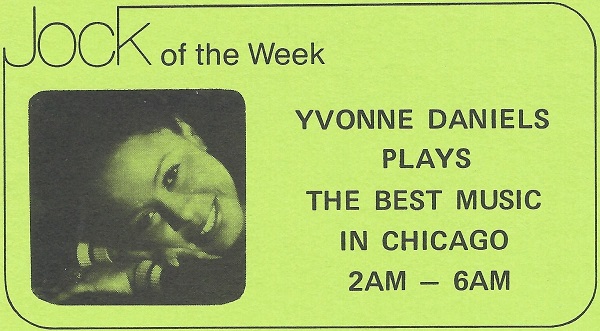 The Jock Of The Week is the incomparable Radio Hall Of Famer, Ms. Yvonne Daniels aka The First Lady Of Chicago Radio. She was the station's first female jock when she was hired in 1973 which is when the photo above was taken.

Of the concerts listed on this week's survey, only one act had an album currently on the Thirty-threes chart. The Bee Gees were rising up the list, gaining two spots at number 18 with Children Of The World. The album had peaked at number 14 a month prior. 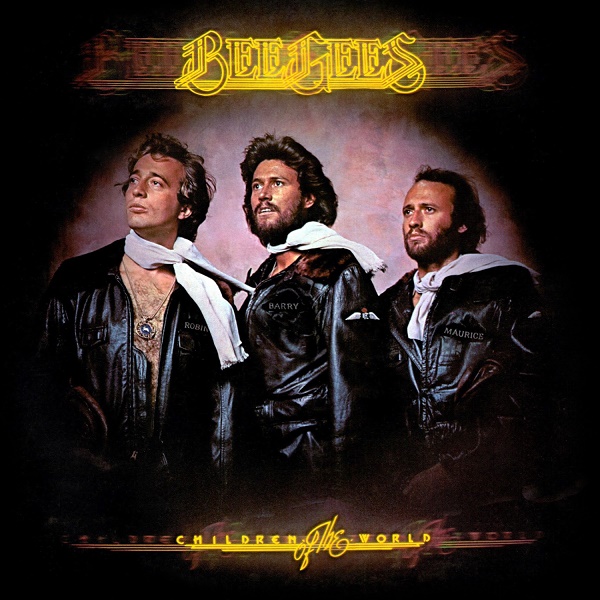 Children Of The World landed three singles in the Top 20 of the WLS list of Forty-fives. Less than four weeks after their Chicago stop, the Brothers Gibb recorded their show at The Forum in Los Angeles and released it in May 1977 as Here At Last... Bee Gees... Live.