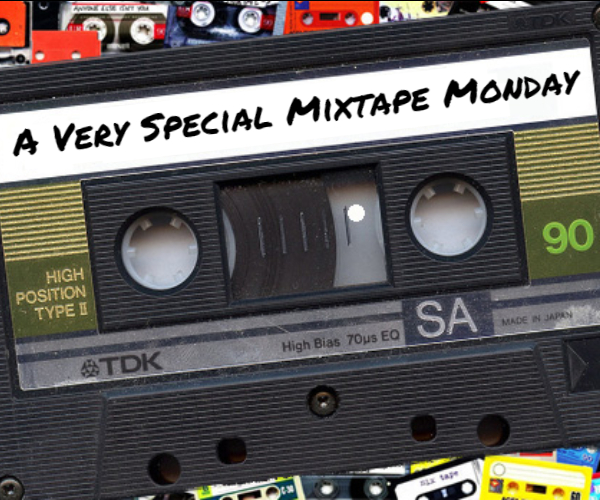 After finishing my household chores yesterday, I pulled a couple of tapes from the shelf and it looks like we got ourselves A Very Special Mixtape Monday, featuring tapes BB and CC in the legendary Somewhat Alphabetical series of mixtapes I made for my wife while we were dating and well after we made it all legal in the eyes of the law.

BB is one of the few tapes that I actually scribbled both the song titles and artists on the j-card although it seems I did it opposite of the way my wife did by putting artists on the glossy, front side and the song titles on the paler, reverse side. And instead of a trusty BIC pen, it looks like I used a felt-tip pen. 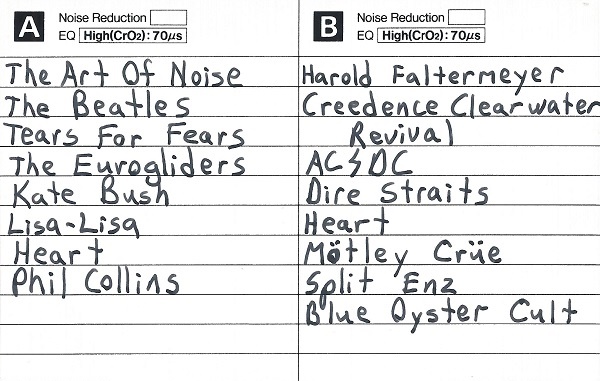 Listening to BB was not the smoothest thing I did all day. While most of the music is from 1985, I also dipped back into the Sixties and Seventies. Metal, New Wave, Hip-Hop and AOR all come together for some unknown reason. 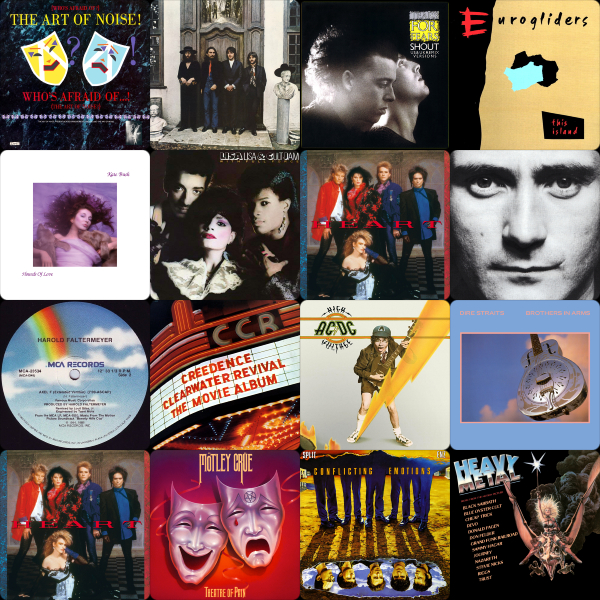 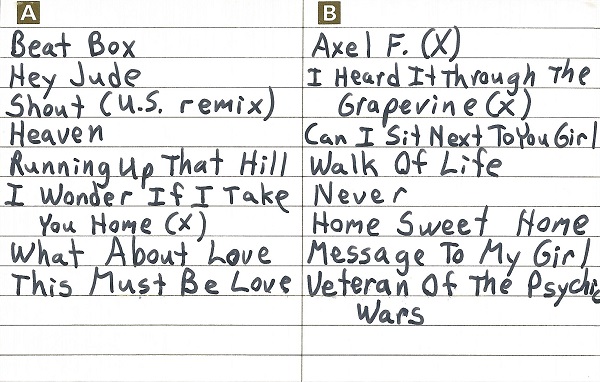 The second tape, CC, was all good. Didn't realize until I was slipping the tape back into its case after a delightful hour and a half listening session that I noticed very faint pencil writing on the j-card, as seen in the unfiltered scan below.

THE BEATLES!
Though it says there are 17 songs on the A-side of the tape and 16 songs on the B-side, I came up one song short on the second side when I listened. Yet again, I have no idea what my thought process was when compiling this tape other than these are my 32 favorite songs among the couple hundred plus they released. (The only song I would add in hindsight is "A Day In The Life" but then I would have had to use a longer tape.) Around the time when I think this tape was made sometime after Christmas 1985, my Beatles album collection swelled from just the "red" and "blue" albums to their entire UK studio album discography courtesy of a pretty brown-eyed girl who gave me The Beatles Collection for Christmas 1985. Is it any wonder I married her? 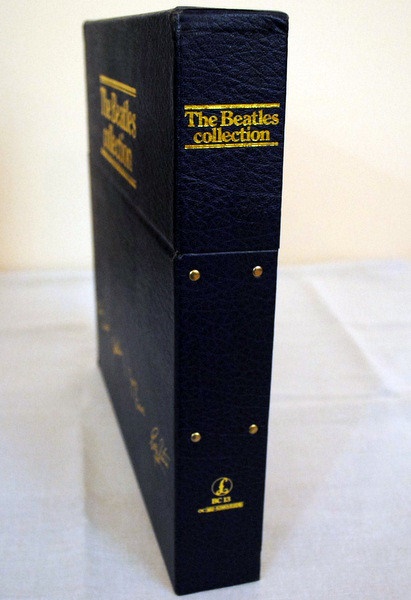 I recorded each album on Maxell tapes (also a gift, from my friend and Maxell advocate, Stephen) and then made this stream of consciousness compilation for my lady as the smallest possible token of my gratitude. That lovely lady has continued her on-point gift-giving throughout our relationship, following Christmas 1985 with a CD player (my first) for Christmas 1986.  Last Christmas, she surprised... no, more like shocked me, with a top of the line iPad Pro after we had agreed earlier in the year not to get one another gifts.