ICE was a godsend to music fans buying CDs from 1987-2006.  Each issue listed not just upcoming release dates but classified ads from vendors and various articles on new and upcoming releases including interviews with people behind the scenes.  They also had a CD Watchdog column where defective or misleading discs were called out and an eye-opening columns focusing on imports and underground (bootleg) releases.  ICE remains one of the most read (studied, actually) magazines HERC has ever come across and he just spent several months converting his collection to PDF files for easier reference. 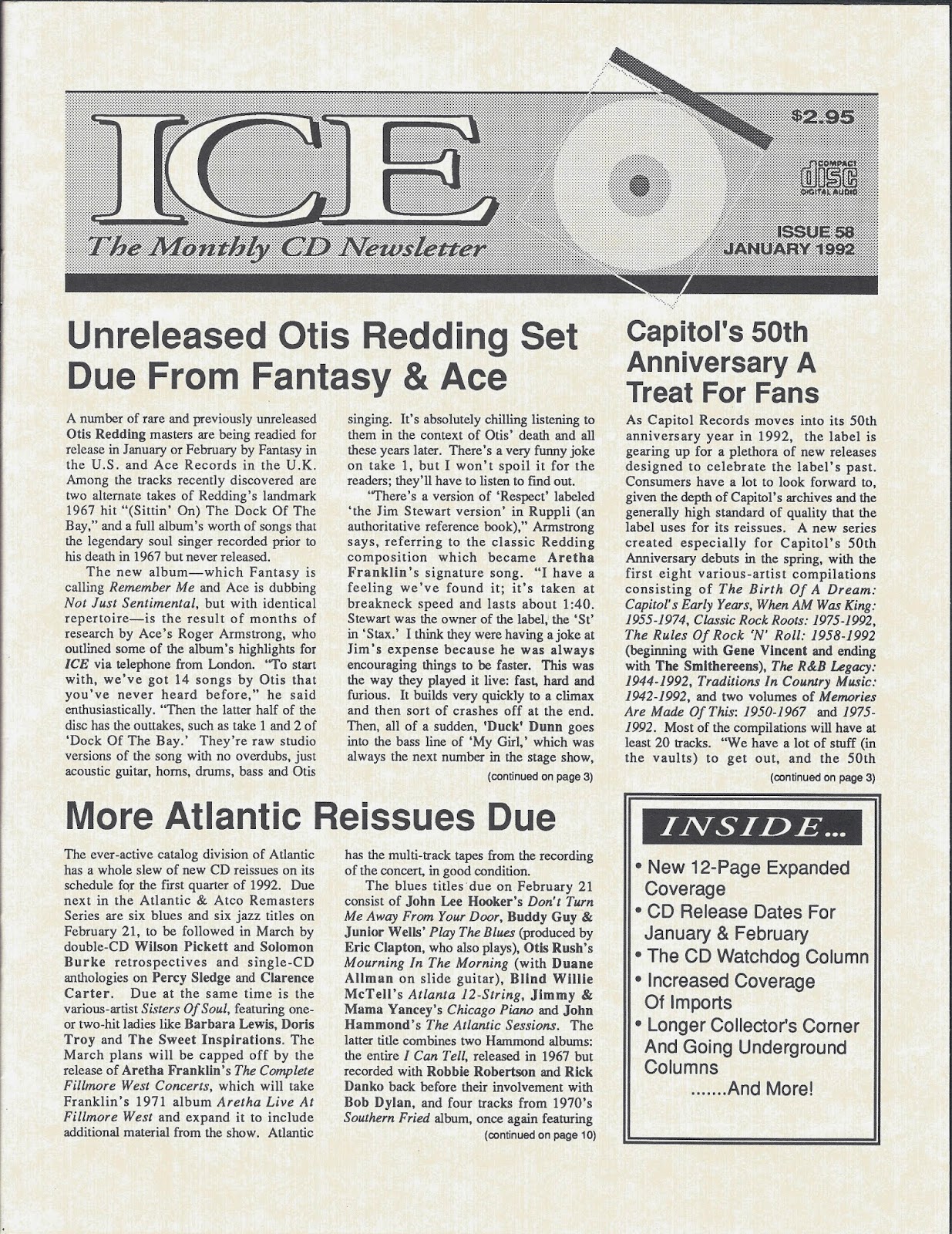 It was HERC's good buddy John Book, who hipped him to the existence of ICE in 1991, four years after the newsletter had begun publication.  (John says he learned of ICE through Factsheet Five circa 1989 or 1990.)  ICE had yet to show up in any of HERC's local haunts so, based on John's detailed description and whole-hearted recommendation, HERC subscribed somewhat blindly. 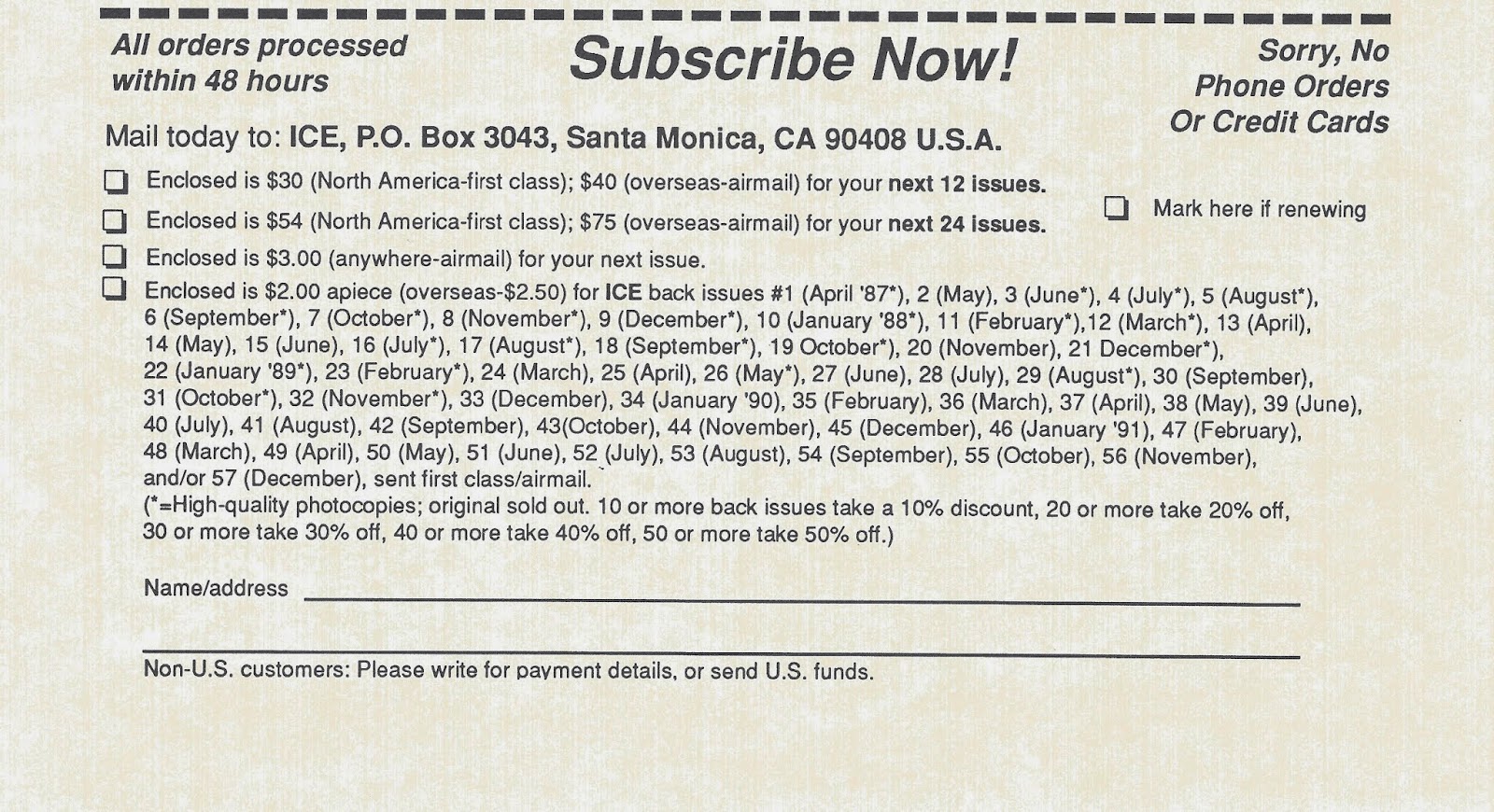 After his first issue (#58, top) arrived, he ordered all 57 back issues at a 50% quantity discount or $1 an issue (above). HERC continued to re-up his subscription, even after it began showing up on record store shelves and when publisher Pete Howard folded the publication in 2006, HERC's remaining subscription was surprisingly filled with weekly issues of Billboard until the owed issue obligation was fulfilled.

It's interesting to note the evolution of ICE's masthead and logo through the years.  What became apparent after his back-issues arrived, was that the first issue of his subscription marked the third look for the self-described monthly CD newsletter.  The logo at the top of this post is from #1 and by #8 (below), had already been freshened.

HERC's favorite ICE logo is the one (below) that debuted in 1996. For the next four years, a different colored graphic graced the cover of the CD news authority.

That logo was replaced with a simplistic box with an outline (below) as ICE became a full color magazine with the slogan tomorrowsmusicnewstoday. 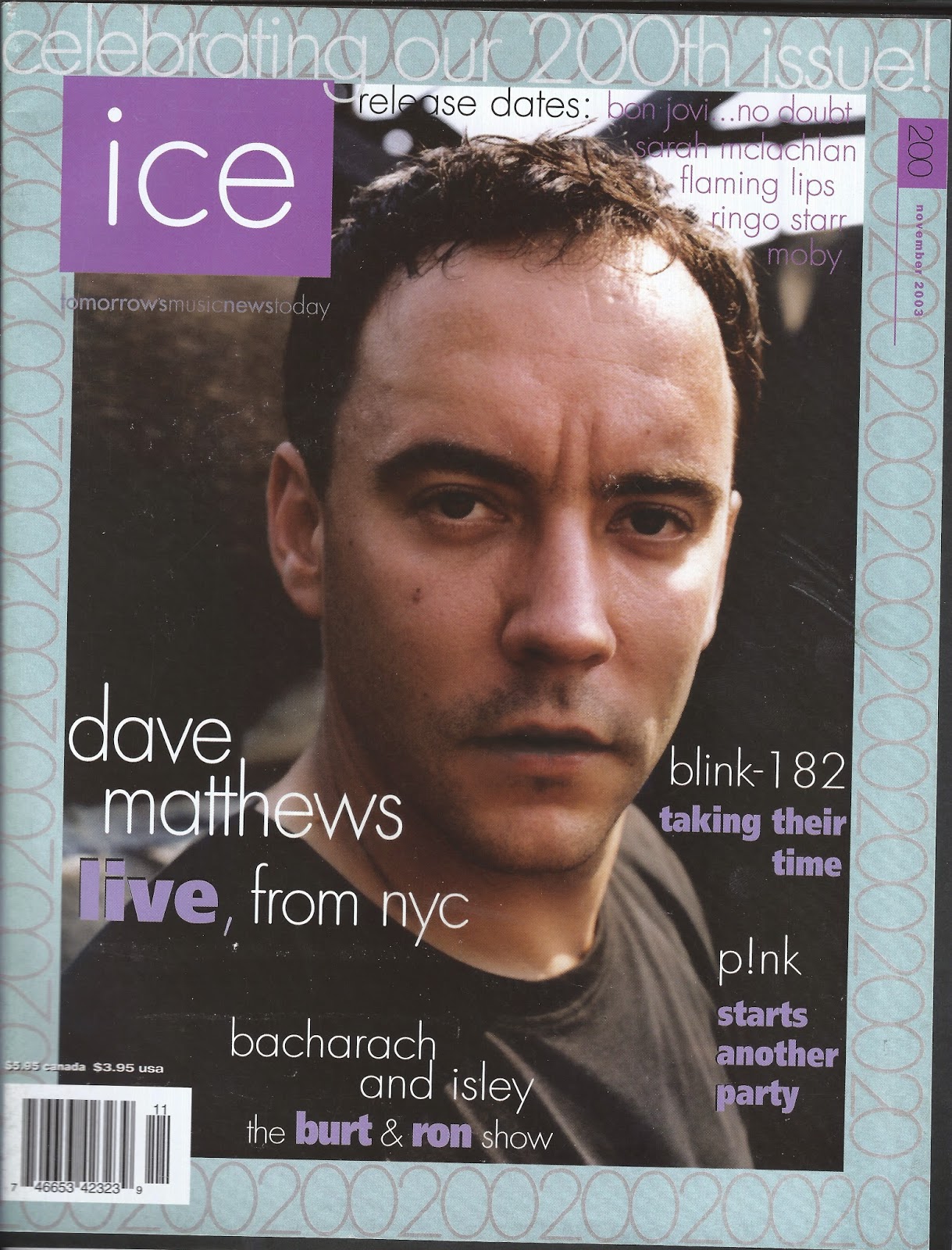 The last, subtle logo change (above) lasted nineteen more issues until #219, the final issue.  Each redesign invariably brought with it more features and more pages; #200 featured sixty-four pages.  By comparison, the very first issue was just eight pages.  If you never experienced ICE, you certainly missed out.  To their credit, some record stores kept laminated copies for in-store reference for their customers - HERC remembers seeing a small group of music fans huddled around the plastic pages.  Let HERC know in the Comments if you'd like to see more of ICE.