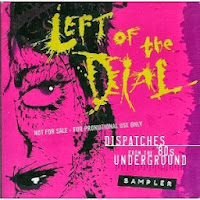 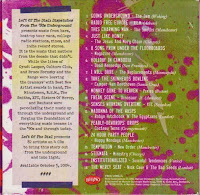 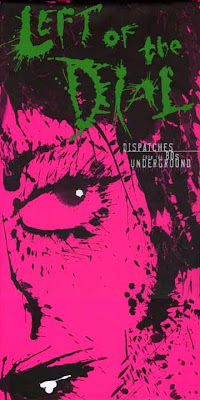 After teasing and ultimately disappointing fans with the brief alternative/college/modern rock compilation series Never Mind The Mainstream (two volumes in 1991) and Hang The DJ (three volumes in 1996), Rhino Records went a bit deeper into the underground with their 4 disc box set Left Of The Dial: Dispatches From The '80s Underground in October 2004.

As they had done for other series and box sets throughout the 1990s and 2000s, Rhino put out a sampler CD (pictured above) for in-store and radio play that featured 18 songs culled from the 82 tracks spread across four discs and the years 1979-1988. (There are a few duplicate tracks between this set and the two series mentioned above.)

An interesting feature of the box is the cover art for each of the four CDs that feature map collages (below) with the artists' names printed on label tape. 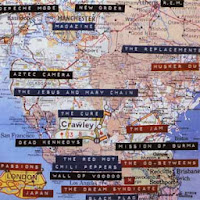 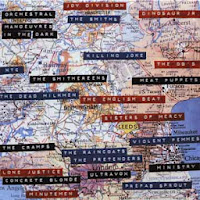 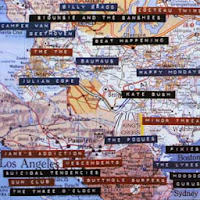 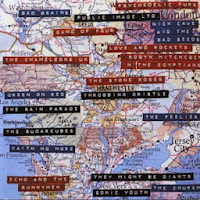 
Depending on your familiarity with the music, Left Of The Dial is either wonderfully eclectic and an excellent overview of many genres and sub-genres or over-reaching and ultimately unsatisfying in its scope and lack of focus. The music on each of the discs is not in chronological order but that doesn't phase HERC none, no sir. He is of the former school of thought and appreciates the non-obvious song choices for many superstars as well as the jumping-off points for lesser known artists. If he wanted to listen to the music in chronological order, he could do so with a click. 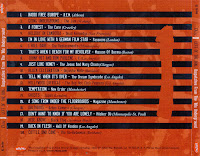 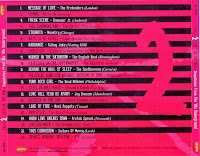 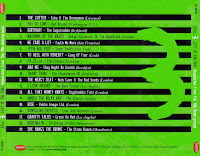 Does he love every song on this collection? No. But he doesn't hate any of them either and listening to this set makes him want to listen to more music by the same and similar artists. (The one song per artist rule Rhino employs for most of their box sets practically ensures it.) Only eight of the eighty-two songs listed above are M.I.A. on Spotify but the playlist below rounds the rest up so give it a listen.

Rhino also created a Spotify playlist for Left Of The Dial but only half of the twenty songs are actually in the box set.