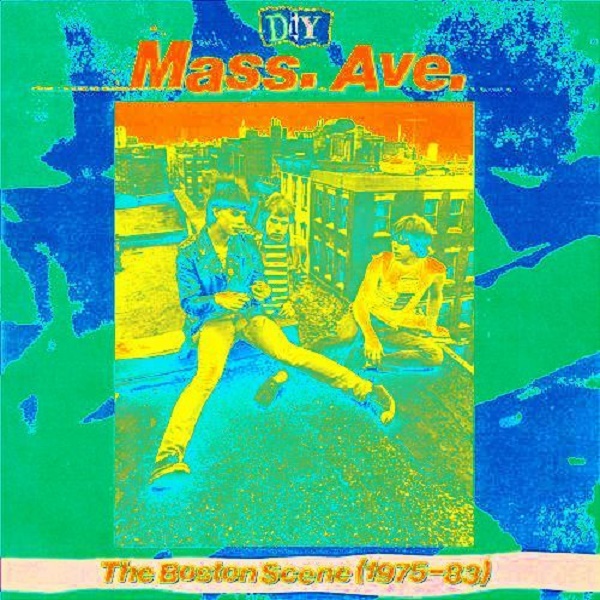 As a public service to Hideaway viewers, we're postponing volumes 7 and 8 of Rhino's DIY Series to a later date and going directly to the ninth and final disc in today's post. We're saving those two American Power Pop discs for our final post about the series. Why? If you shuffled the discs up and then ranked them in the order I prefer to listen to them from "most often" to "rarely at all", Mass. Ave. - The Boston Scene (1975-83) would be DFL and those two American Power Pop discs would be up near or even at the top of the stack. Trust me. We've come this far. This disc may be a fine document of its titular scene but taken in context with the other offerings in the DIY Series and my admittedly lacking knowledge of punk rock music, this one draws the short straw with my musical tastes. It's not just me, either. Allmusic's Stephen Thomas Erlewine says:

"...(this disc) isn't as engaging as its predecessors because the music it covers simply isn't as diverse, energetic, or interesting as the music from New York and England." 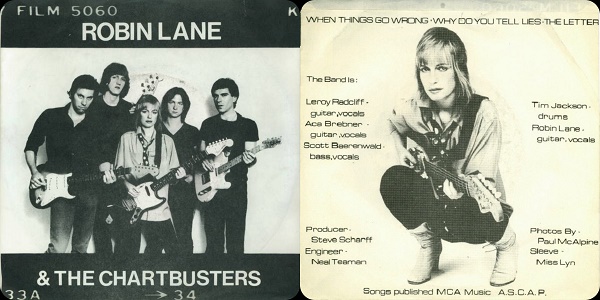 The disc is not a total loss as there are a couple tracks I really enjoy, music that jibes with my tastes and sensibilities. The Robin Lane & the Chartbusters track from 1980 is all kinds of wonderful - more moody new wave than pouty punk, with a sound I recognized immediately as I have their self-titled major label debut album on vinyl (which includes this very same track) and am currently seeking out "a budget-friendly copy" of their 2019 triple-disc 62-track anthology Many Years Ago, which features the original 1979 Deli Platters recording pictured above. Others may recognize this video as one of the first dozen music videos played on MTV on August 1, 1981. Another Robin Lane & the Chartbusters video appeared later that same day before "When Things Go Wrong" received a repeat airing. 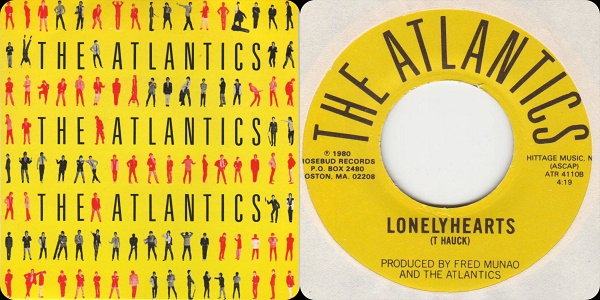 The Atlantics track begins with a great rhythm section setting the pace and then we're off on a hi-intensity 168(!)bpm power pop romp. A scathing, white-hot guitar solo at the 2:31 mark kicks things up way into the red before we return to the frantic rhythms and vocals. A rare lengthy song in the DIY Series at 4:32, 1980's "Lonelyhearts" is also available as a 3:15 special radio edit which lops off the opening rhythm blast mentioned above and moves the guitar solo - still intact, I believe - up to 1:49. 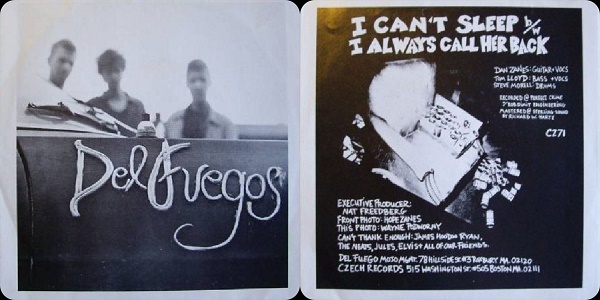 The Del Fuegos were part of the Slash stable of artists (The Blasters, X, Los Lobos, Rank and File) when they came into my little world in the mid-80s. They are represented here on Mass. Ave. with the B-side to a 1982 independent single on the Czech label. I may just very well spend the next hour listening to the band's outstanding albums from 1984-85, The Longest Day and Boston, Mass. 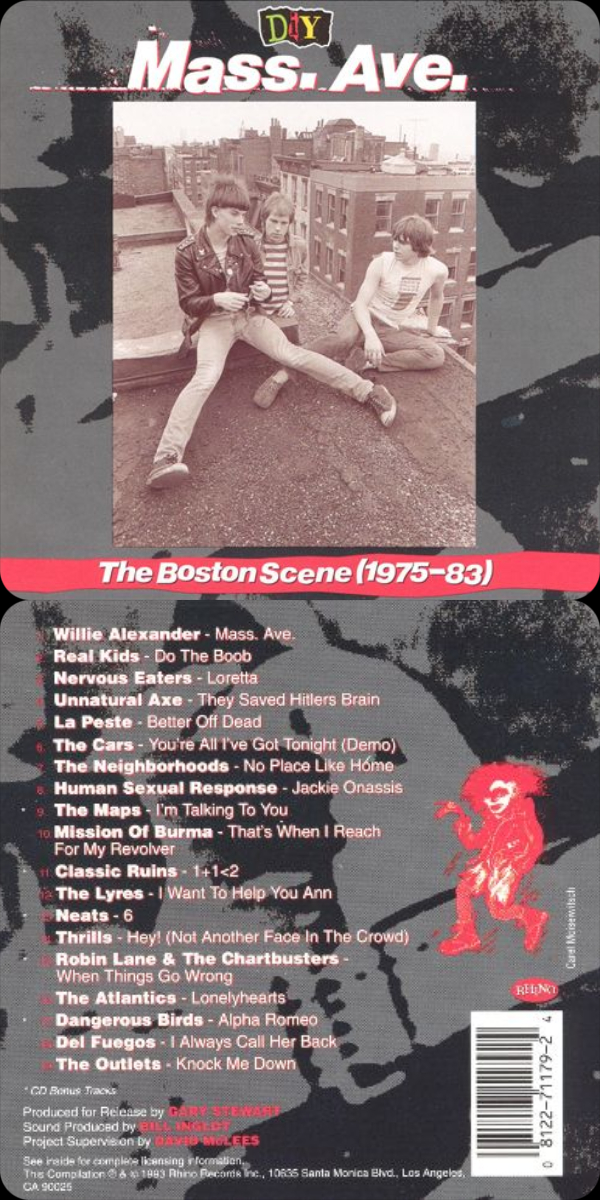 Listen to the entire album sans
"Lonelyhearts" on YouTube by clicking here.