It's Monday and last night I snatched another mixtape from the stash and played it through so I could share it with you. Same as always: vinyl collection + a TDK SA 90 + love for a girl = Somewhat Legendary Mixtape HH.

If you strain your eyes, you can see I wrote soft very softly on the spine of the jcard in the scan above. The letter s is legible but the rest is not. 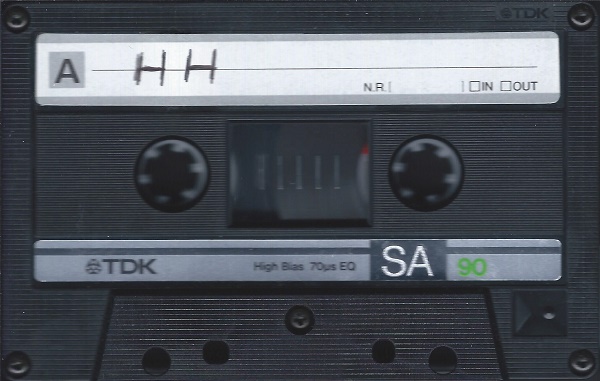 In this scan of the cassette itself, you'll notice it's not rewound. That is how I found it so I listened through Side B first and then flipped because after this happened, I really don't want to put any undue stress on the tape. It played fine through both sides though I did mention to catch it before it played through to the very end of the tape where it gives it a little tug before turning off the play button. Tape HH will live to be played another day. 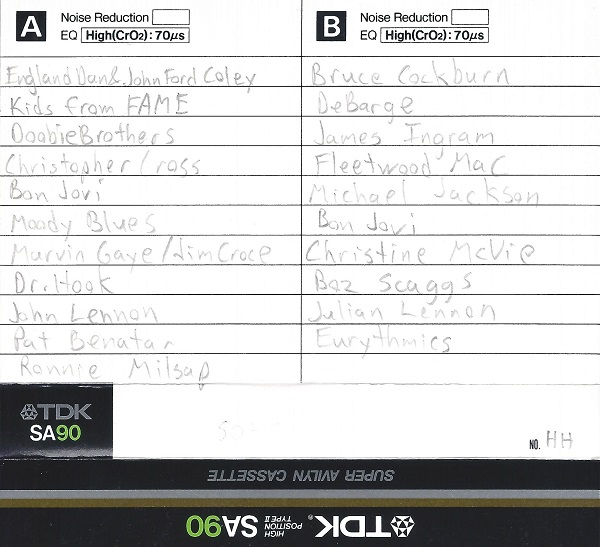 It may not be too obvious looking at the artists' names written on the outside of the jcard that this is a compilation of soft songs but I enjoyed listening to it and I could kind of make out what my thought process might have been while dubbing it. Twelve of the twenty-one albums that provided the source material were purchased in 1985 as documented HERE but its impossible to nail down when HH was actually dubbed. It was after GG for sure (probably?) and may have been recorded in early 1986. 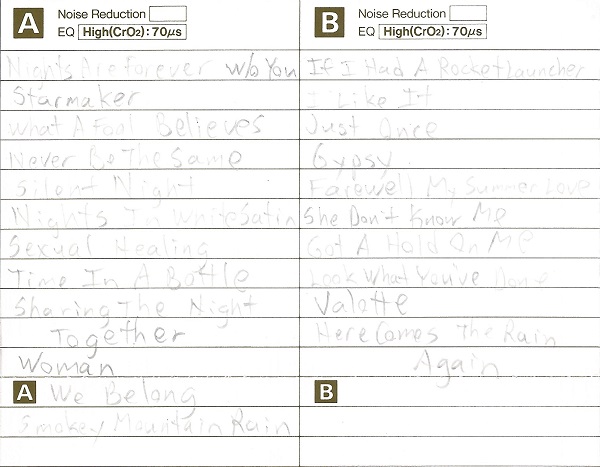 My message is clear after all these years though it may not have been delivered with clarity at the time. Things kick off with "Nights Are Forever Without You", an accurate representation of how it felt to part ways with her at the end of my shift each night. Or after a date. Or stopping by to see her at work on my days off and not being able to loiter there in the lobby until the end of her shift. But then "Starmaker"? Not everyone on Fame was there to sing; there were dancers, actors, comedians or musicians. I love the Kids from Fame albums — especially the first one — and always will but "Starmaker" has some rough patches. A sweet pair of songs from, respectively, the Doobies and Christopher Cross get us back on our charted course before Bon Jovi appears with the newest song on the tape, 1985's "Silent Night", which is not the Christmas song. It failed to make the Hot 100 and would be the group's last single in relative obscurity before hitting the jackpot with their next album. Then I jumped back a couple of decades to "Nights In White Satin" with its wailing "I love you/Yes I love you/Oh how I love you" chorus which is right on point. And from there I jumped right into the s-e-x with a hot track from Marvin Gaye before getting all sentimental and reflective with one of Jim Croce's least fun songs. Then I came right back to the s-e-x with Dr. Hook's "Sharing The Night Together" before going for the feelings again with Lennon's beautiful "Woman". "We Belong" follows and I recall it was one of her favorites. I co-opted it for the whole "we belong together" message. "Smoky Mountain Rain", a minor tale of a man regretting his decision to leave his lover (who appears not to even want him back) and trying to elicit sympathy for being such a dunderhead, finishes the A-side of HH.

The B-Side starts off with "If I Had A Rocket Launcher", a beautiful protest song that really has no business being on a tape intended to woo but DeBarge comes in with "I Like It" as the second song and we are back on brand. James Ingram (I neglected to credit Q) reinforces the message with the always bittersweet (thanks a lot, The Last American Virgin) "Just Once" followed by Stevie Nicks and her Fleetwood Mac bandmates with the light as air "Gypsy". <insert record scratch sound effect> Motown chose to cash in on the massive success of Thriller by dusting off a few MJ vocal tracks from the vault and setting them to contemporary backing tracks. She liked "Farewell My Summer Love" and I bought it for her, included it here and that is all that needs to be said. Bon Jovi makes a second appearance with "She Don't Know Me" which I prefer to "Silent Night". It was the group's second single after "Runaway" and it landed just outside the Top 40 at #44. It might be the most un-soft song on the tape. Christine McVie follows with the sunny "Got A Hold On Me", one of the few songs to top both the AC and Rock charts before Boz Scaggs pulls down the shades and dims the lights for "Look What You've Done To Me", the unofficial love theme of Urban Cowboy featuring a melding of members of Toto and Eagles. It pairs nicely with Julian Lennon's "Valotte", the next track, keeping HH on the soft tip before the lush splash of synths herald "Here Comes The Rain Again" to close out the tape. 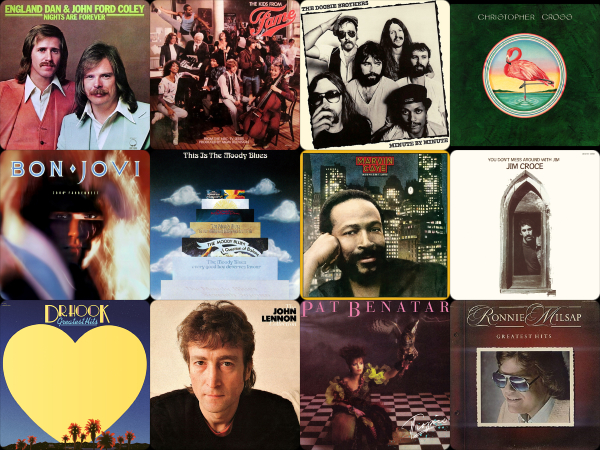 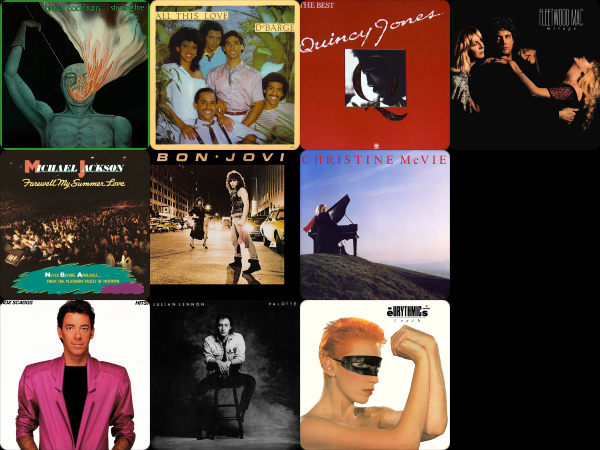