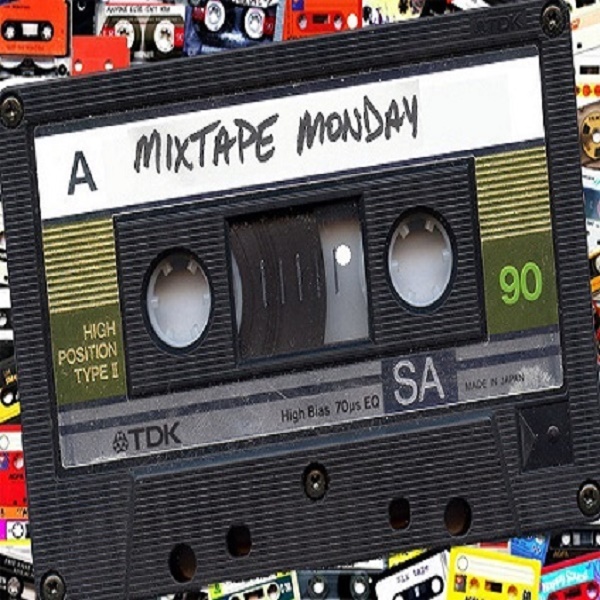 It is Mixtape Monday again — the fourth in a row by our count — and we're up to tape GG, #33 in the long-running Legendary Somewhat Alphabetical Mixtape series, nearly 100 tapes I made for a smart, sexy "older" woman I met when I was but 17 years old and she was nearly 18! She soon became my best friend after we began working together (at a fast food joint now known for having the meats... for sandwiches) in July 1983 and we began dating in June 1984 as best friends tend to do. (After her older sister broke up with me to spend the Summer studying abroad. In Mexico.) And, except for a brief pause in our relationship in the Summer of 1986, we've been together ever since. Near the end of next month (March 2019), the two of us will celebrate our 33rd Wedding Anniversary with a quiet, romantic dinner and well wishes from our three grown children and a special FaceTime call with our soon-to-be 8-month-old twin grandchildren.

GG is a TDK SA90 tape like every other tape in the entire series (duh!) and I wrote — in pencil, mind you — the artists on the outside of the tape's jcard and the song titles on the inside of the jcard. Over the more than 30 years since I first wrote on that jcard, it is difficult to read but if I hold it at a certain angle in the light I can clearly make out the indentations that remain even after the lead markings have faded. You can see for yourself in the scan below just how hard it is to make out: 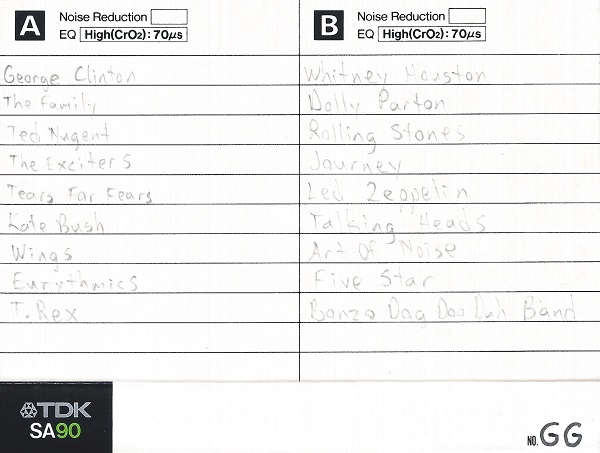 Taking into the account the release dates of the songs from 1985 included on tape GG, it appears it was made sometime after the Summer of 1985. The newest song on the tape is the extended version of Kate Bush's "Running Up That Hill" released in August 1985, although it does not appear in the detailed self-accounting of all the records I purchased in 1985. Some of the songs featured on the GG tape are from the following albums I bought in 1985, even though several had been released in prior years:
Based on these documented acquisition dates, it looks like this tape may have very well been dubbed in late Fall 1985. Unless I had borrowed someone else's albums to make the tape which I sometimes did. Who the heck knows. (WARNING! Eye strain ahead.) 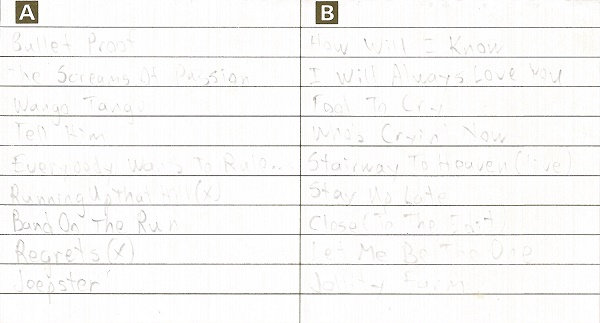 The tape begins well enough with the anti-war protest of "Bullet Proof", one of a trio of my favorite tracks that open George Clinton's 1985 album Some Of My Best Jokes Are Friends, featuring synths and vocals from none other than Thomas Dolby. The second song is The Family's "Screams Of Passion", a Prince song in all but the voices. He wrote it, recorded all the instruments except the string section and produced it. The Family was created by fusing the remnants of The Time after Jesse Johnson and Morris Day left for solo careers and Prince's girlfriend at the time, Susannah Melvoin, the twin sister of Wendy Melvoin, his guitarist in The Revolution.
It is not the smoothest transition between those first two tracks but the train goes off the tracks and over the cliff when Ted Nugent screams "Alright! If she wango, she tango!" and the guitars come roaring in for "Wango Tango". I had been a fan of Nugent's music since hearing his "Cat Scratch Fever" on WLS in 1977 though my fandom all but died a short time after I purchased his Out Of Control boxed anthology in 1993 when I read an interview that completely changed my view of him. I still listen to his music on rare occasion but Nugent lost me as a fan much like Gene Simmons and KISS have done. As if the segue between tracks two and three had not been rough enough, I followed Nugent's 1980 hard rock hit with The Exciters' 1962 Motown-ish single "Tell Him", as featured on The Big Chill soundtrack album and I'll just stop there. You can listen to the Spotify re-creation of the GG tape below or just read the rest of the tracklist. 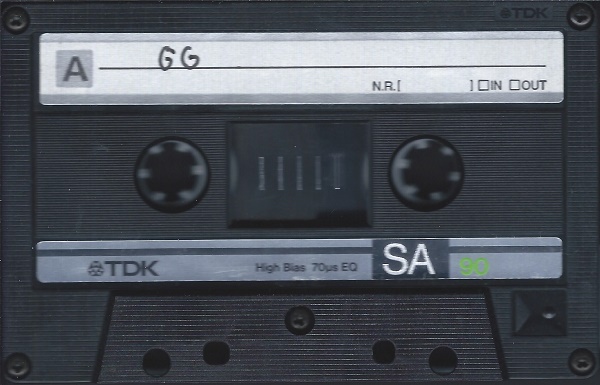 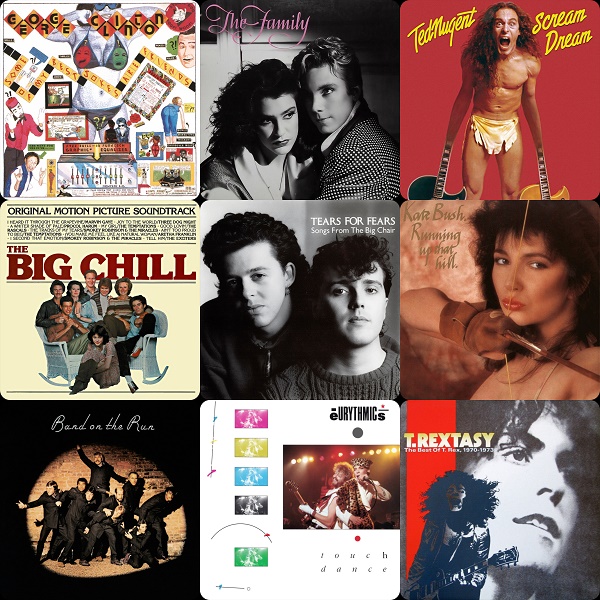 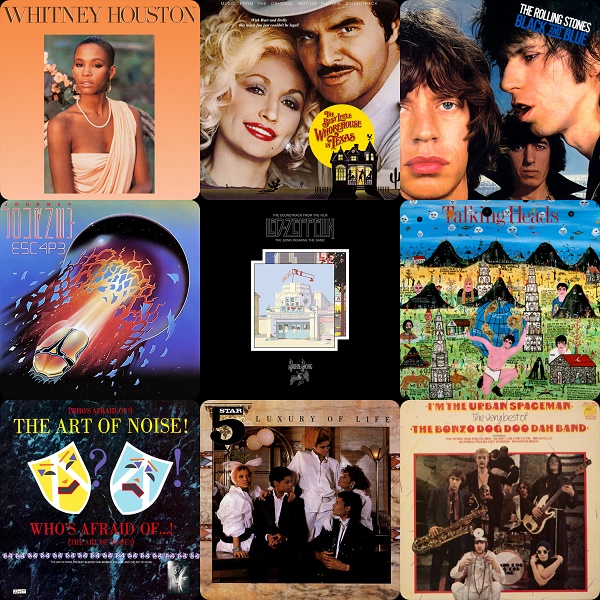