My Dad's father, the man both he and I are named after, spent maybe a total of 30 days in my Dad's life after his birth in 1946 before abandoning his young wife and newborn son to start over again. My grandmother married another WWII veteran and they soon gave Dad two brothers and two sisters before that man, too, also left to start over again, eventually having seven more children. Dad took the man's surname and for the next fifteen years, all through school, he was known by that name.

Shortly after Dad dropped out of high school, he enlisted in the Air Force, where his legal birth name was discovered and reinstated. Dad shipped off to basic training soon after and Mom enrolled at Blinn Community College in nearby Brenham for the Fall 1965 semester with the whole world ahead of her. I soon made my presence known and Mom dropped out to move back in with her folks and my two soon-to-be parents made plans for a quickie ceremony to make it all legal on Christmas Eve. They drove to a nearby town and spent their honeymoon night with the room key hanging in the door. Then Dad returned to camp to finish his training and got his first assignment, Shepherd Air Force Base, Wichita Falls, Texas which is where I was born a few months later, in the Spring of 1966.

Dad eventually served two tours of duty in Vietnam and volunteered to be part of the honor guard that unloaded the casualties of the war at Dover Air Force Base. I was all set to attend the USAF Academy in Colorado Springs, CO. I had already tested in and worked hard to get letters of reference from two of my state's Congressmen but abandoned that plan sometime after this girl signed my yearbook. Which led to another girl and then this girl who suggested I check to see if there was a PBS app on our Apple TV. There was and I finished watching The Vietnam War a couple nights before my friends who were DVRing it did.

Despite the inevitable ending, I enjoyed watching The Vietnam War though I could not always claim to be dry-eyed while viewing. It is not something I would suggest anyone binge. A viewer needs time to soak it in before moving on. I wonder if Dad would have watched it and what he would have thought about it. He never really got into any Vietnam themed movies or shows with the exception of taking me to see Full Metal Jacket in the theater when it was released in the Summer of 1987. The brief conversation we had after the movie before we got into our respective vehicles to drive to our respective homes was the only conversation we ever had about his time in Vietnam in our 49 years together.

During his time over there, Dad bought a cassette recorder and recorded dozens and dozens of tapes for Mom, me and my little sister. Just talking to us about his day or something he had seen that he wanted to share. Always upbeat and positive. And always sounding impossibly young. He would say he missed us a lot, read us children's books and even sang to us. In the late Seventies and early Eighties, as I became obsessed with music and began to record my favorite songs off the radio, I figured out how to record over those tapes and proceeded to do just that for lack of funds to acquire new blank cassettes. This is still my biggest regret in life, especially in those first few months after Dad passed in 2015 when I wanted nothing more than to hear his voice once again.

The music in The Vietnam War helps timestamp the era and convey emotion. I was gonna make a playlist before I discovered it had already been done. But before we get to those episode-by-episode playlists, you can sample some of the songs from the official soundtrack album or Trent Reznor and Atticus Ross's original score. Both albums are available on vinyl as well as compact disc. 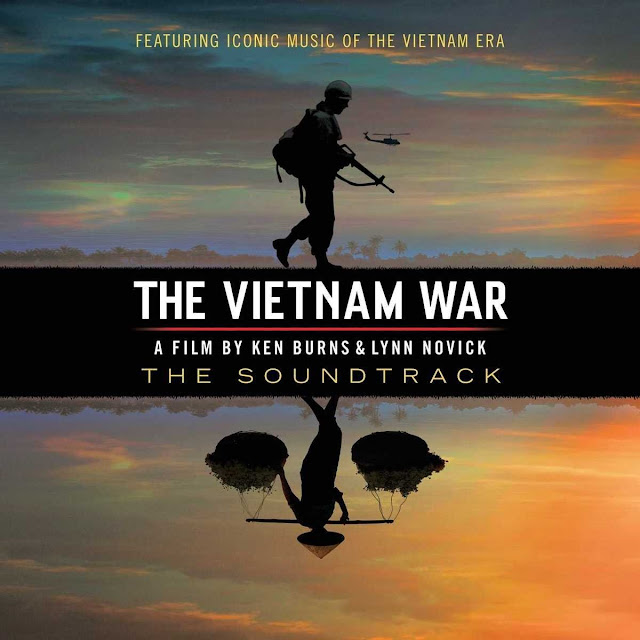 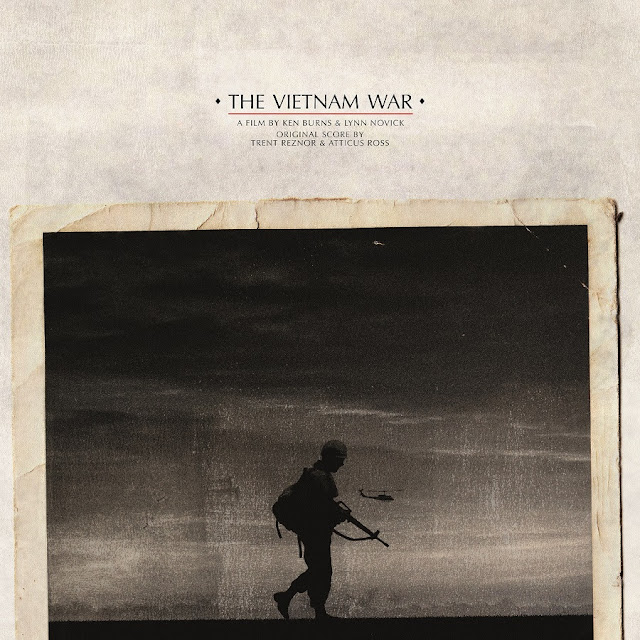 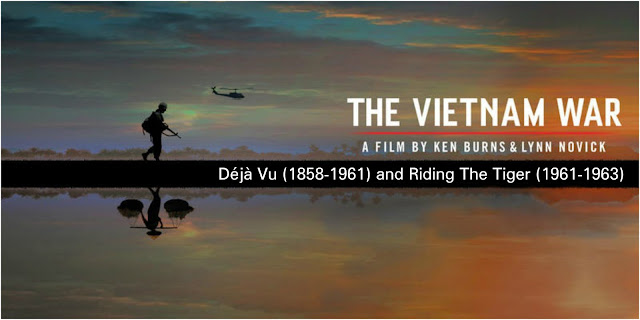 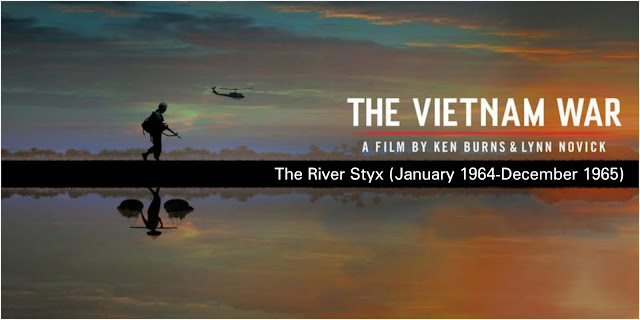 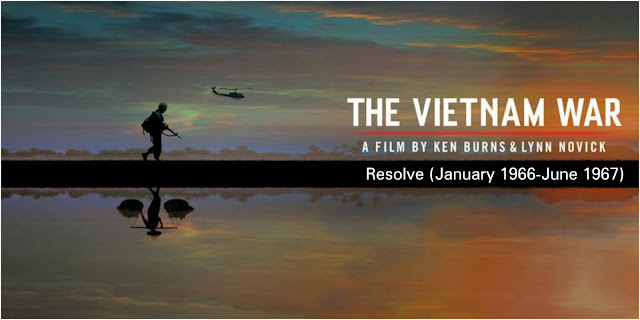 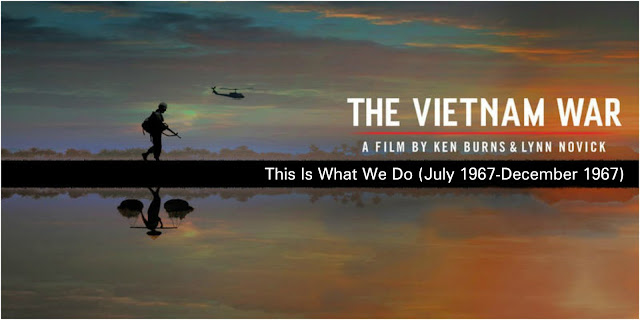 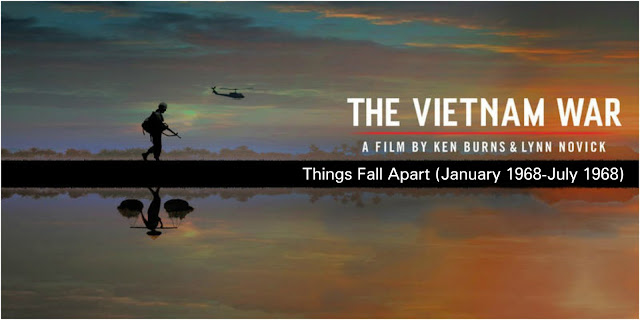 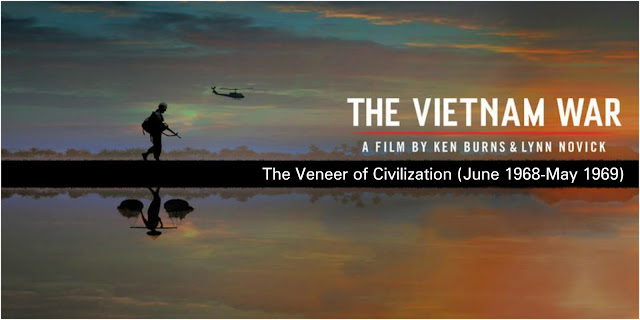 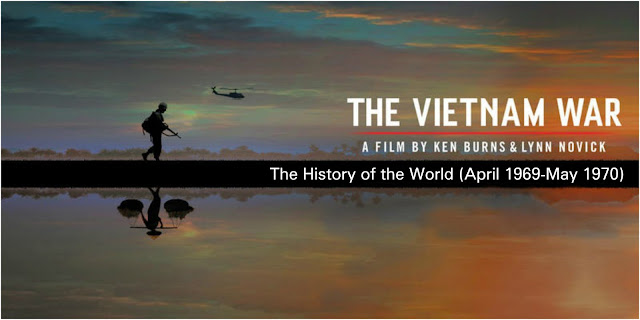 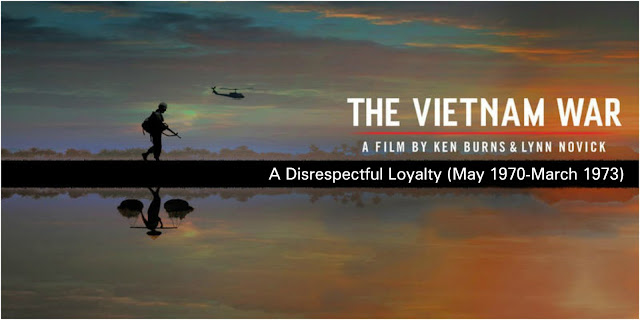 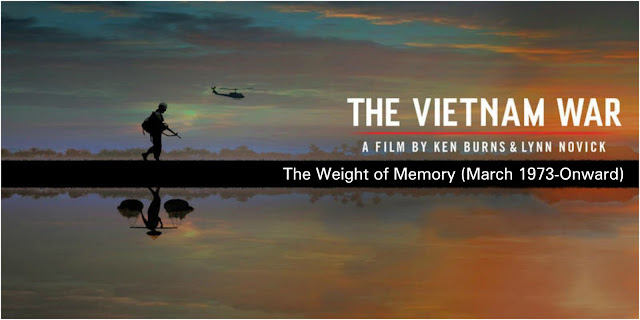 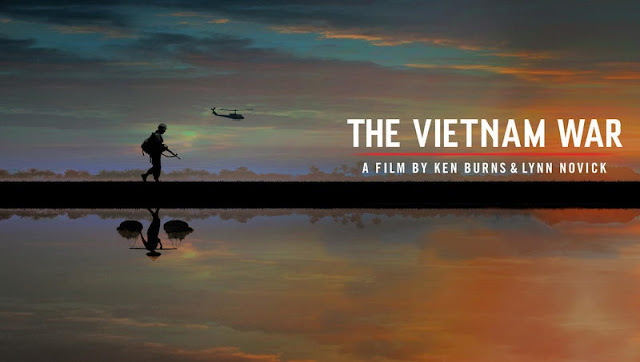 This playlist above is a roundup of the songs played over each episode's credits and is only included for the sake of completion.

WARNING! Clicking on the graphic below will take you to an immersive and interactive timeline that may take a few hours to fully explore.