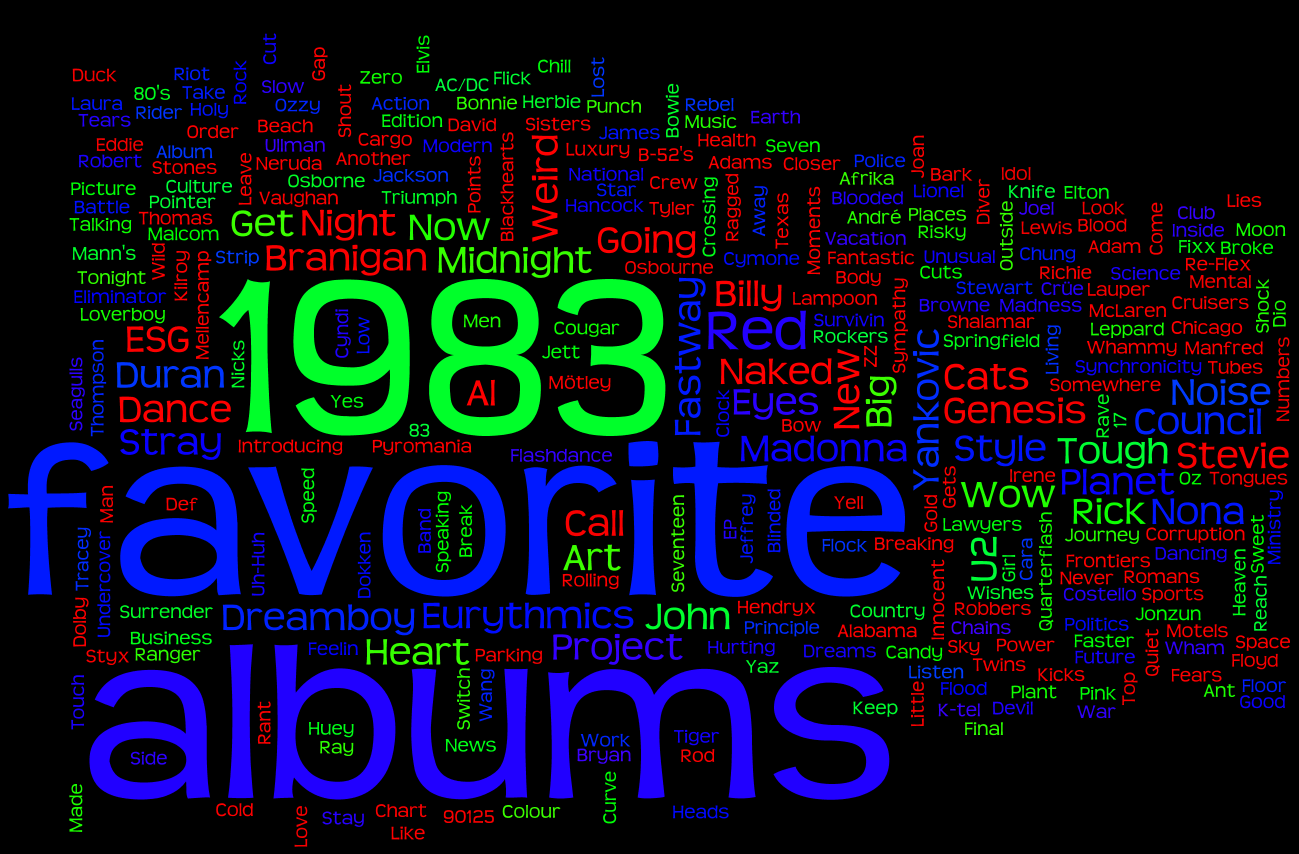 This post was inspired by this Martin's View post.
How was your 1983?
HERC's was awesome!  Thanks for asking.

And when his Junior Year yearbook was returned to him after being passed around for signings during the last two days of school in 1983 (do kids still do that?), he opened it from the back to find this: 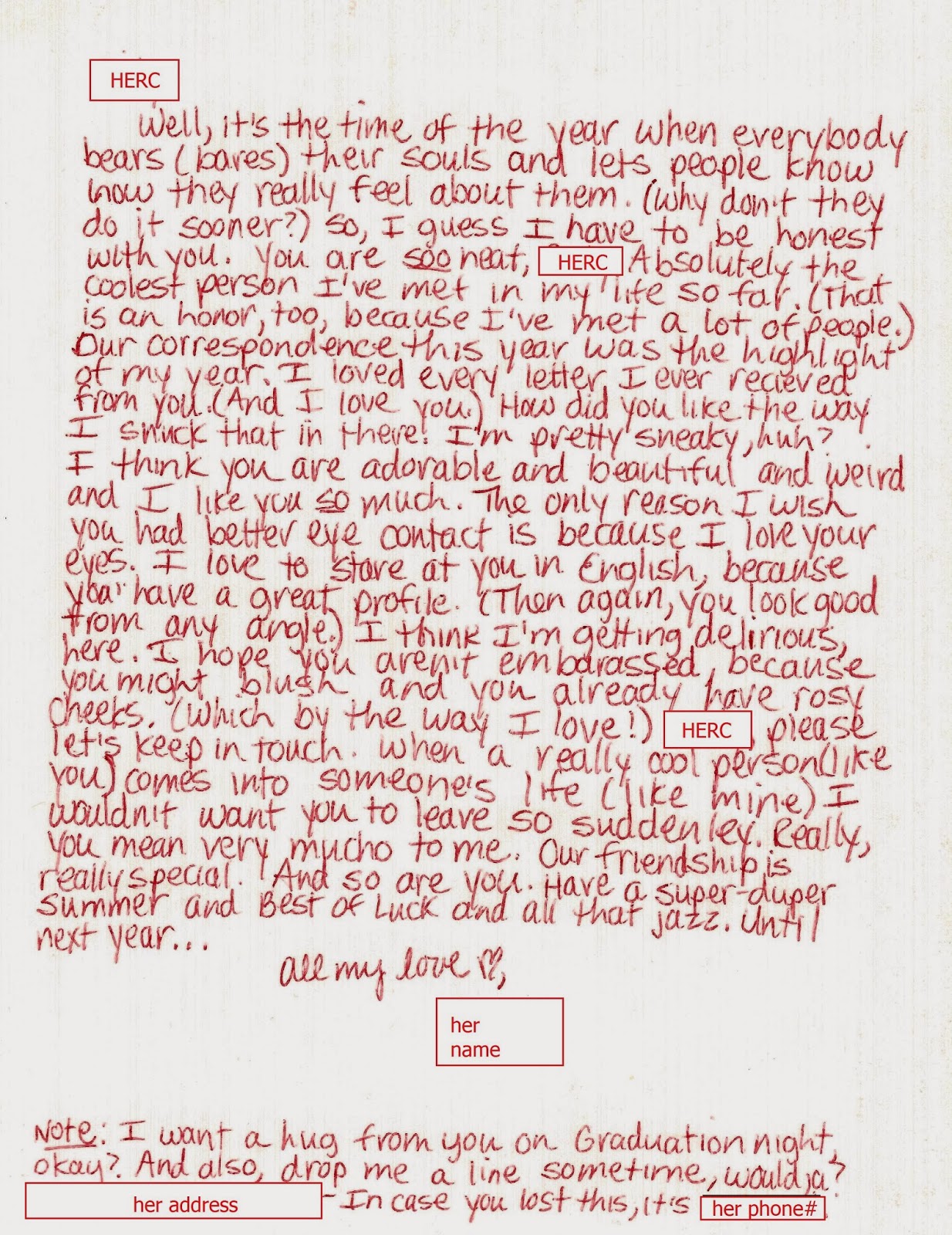 Out of respect for her privacy, HERC has obscured her personal info including her name.  (She used HERC's real name, so he obscured those instances as well.)  She got her requested hug and they went on their first date within 48 hours of HERC reading the above.  They had written a lot of letters and notes to each other as friends as she mentioned and during their Senior Year, they started passing those fat five subject spiral bound notebooks back and forth, so that they were in constant communication.  The relationship lasted eight or nine months, including two concerts (below) and one sobering pregnancy scare. HERC eventually and cowardly bailed on her in early 1984 as she spiraled down into drug addiction.  HERC hasn't talked to her since Graduation Night, June 7, 1984, when he gave her one last hug.  (He didn't check but he's pretty sure she didn't sign his Senior Year yearbook.)

Fortunately, as regular readers of The Hideaway know, HERC's mind is a jumble of music and memories and while most of the albums below should probably remind him of the girl who admitted her secret crush in the back pages of his yearbook in the Summer of 1983, they do not.  Instead, they ALL remind him of a beautiful brown-eyed co-worker at that first job, where a radio was constantly on in the back room and then moved out front with the volume turned up after closing.  That co-worker was the smiling, curvy girl in the brown polyester uniform who handed him the application that fateful day he walked in to apply; that girl is now the woman asleep in the next room as HERC stands here typing.  These albums are imprinted upon his memory along with her smiling eyes and those oh so dangerous curves.