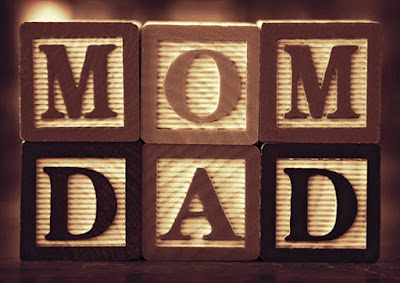 My parents, bless their ever loving hearts, had been buying me albums since 1972 when (apparently) I went cuckoo over Michael Jackson's rendition of "Rockin' Robin" and they bought his Got To Be There album home for me. Other albums on labels like Peter Pan, K-Tel and Ronco followed before I was finally "forced" to spend my own dough on an album in 1976 because the 45 of my favorite song at the time was sold out. But I'm getting ahead of myself. I might have had ten 45s and ten albums by the end of 1975, including exactly NONE of the albums featured below. Nevertheless, I present to you The Greatest "Greatest Hits" Albums of 1975, as determined wholly and solely at my discretion. 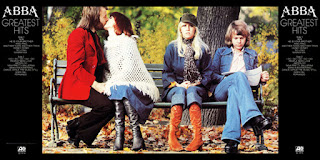 I may have heard "Dancing Queen" or some other ABBA song ("S.O.S."?) first on the radio but my most vivid early ABBA memory occurred in Jane, Missouri when an older cousin put her 45 of "Fernando" on her little record player and we listened. That delicate melody haunted me for weeks and when I joined my first mail-order record club in 1976, ABBA's Greatest Hits was one of my four (or six?) initial selections for a nickel (or a dime?) The album does not hold up well for me and I consider myself a big ABBA fan but I tend to like a few of their songs a whole lot and a whole lot of their songs not so much - I only like six of the fourteen tracks on this sentimental favorite of an album. 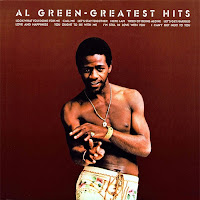 Dad had this one on 8-track and Reverend Green's voice has long been a favorite of mine though I didn't bother to pick up my own copy of the album on vinyl until the mid-Eighties, after moving out on my own. Along with one other album listed here, this one still gets regular spins to this day. Surely, one of The Greatest "Greatest Hits" Albums ever! 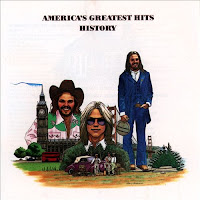 The soft rockin' acoustic guitar sounds of Huey, Louie, and Dewey (may or may not be their names) were on the outermost bounds of my music radar until one super sad day in the mid-Eighties when my girlfriend broke up with me and because we lived in near adjacent apartments, I retreated and holed up at my folks house, spending two days making my first and only break-up tape, which I later left on the windshield of her 1976 Camaro. Limited to whatever records Dad had, I pulled this album out and after sampling all the tracks went with the appropriately themed "I Need You." Even after that inauspicious start, the album became a mutual favorite after we got back (and stayed) together. Love is strange and weird! 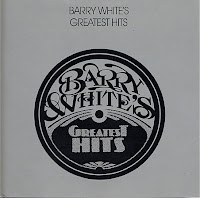 Barry White's Greatest Hits
I never had this one on vinyl though one of my aunts or uncles did and their copy had a bright shiny gold cover. Bought the CD either just before or just after we were married in 1987 when I found out that my wife was a huge fan of Maestro Barry White's music. Lots of fond memories linked to these songs, most of which are presented in mix disc friendly, single-length edits on this collection though it was relegated to the bench after the release of 1992's Just For You box set. 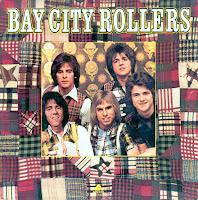 Bay City Rollers – s/t
In the tradition of early Beatles albums released here in the States, the first two Bay City Rollers albums released on these shores were stitched together from various UK albums and singles. I first saw the Rollers perform "Saturday Night" on a show called Saturday Night Live with Howard Cosell. (The interwebs tell me the date of that broadcast was September 20, 1975.) The song began getting airplay on WLS in early November 1975 as it crashed into the Top 40 on its way to being the first Number One song of 1976. This album came into my possession either as one of those initial record club albums or as a Christmas present in 1975. 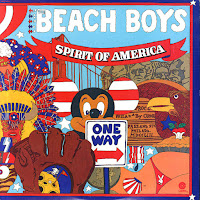 Dad had Endless Summer on both 8-track and vinyl and it was probably one of his most played tapes ever. I think we bought him the 1975 companion compilation Spirit of America for his 29th birthday, in May 1975. I picked up my used copy of the album in the mid-Eighties from Al Bum's and dubbed together a 100-minute cassette with my favorite Beach Boys tracks from Endless Summer, Spirit Of America and another 1974 compilation - imported from the Netherlands - that Dad had picked up in the cutout bin called Bests 40 Greatest Hits. 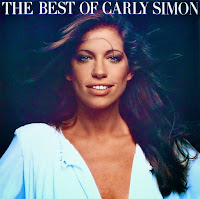 Carly Simon – The Best Of

Another album Dad had that I can honestly say I never snuck up on his turntable. Just never had any interest in Carly's stuff until I met a young woman in 1982 who showed me the poetry in the lyrics of Carly Simon, Carole King, Joni Mitchell and other female singer-songwriters of the late Sixties and early Seventies from her Mom's vinyl collection. This was my go-to Simon album until the comprehensive 1995 compilation Clouds In My Coffee 1965-1995 was released as she continued to have relevant songs throughout the rest of the Seventies and into the Eighties & Nineties. 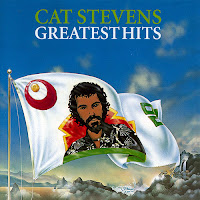 Cat Stevens – Greatest Hits
This is the only Cat Stevens album my Dad owned and I played it a lot. Like a lot A LOT. Then I got my own copy and I can say unequivocally that it is the single most played album on this list. I actually went through two or three vinyl copies of this album before picking up the CD in 1990. The emotional nurturing and comforting voice, the great sounding production, and the beautifully written songs all combine to make this one another one of The Greatest "Greatest Hits" Albums of all time. I can put this one on and listen to it over and over, from the time I wake up until I turn in for the night. 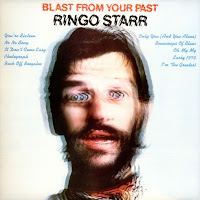 Ringo Starr - Blast From Your Past
My love for Ringo's 1973 self-titled album is documented HERE as is my initial purchase of Blast From Your Past; first on vinyl and then on compact disc. Never really cared for any other Starr albums but man on man he could churn out some wonderful singles with a little help from his friends. 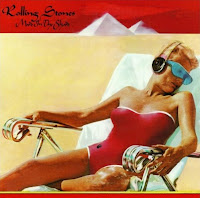 The Rolling Stones – Made In The Shade
Probably the third or fourth Rolling Stones compilation album I added to my collection, it was later one of the first two items I ever ordered from eBay when I ordered it along with Rewind. It's a great sampler from a very specific era (1971-1974) in the epic discography of the Stones but I've grown to prefer hearing the songs within a greater context, say 1968-1978, so this album doesn't get much play anymore.


What are your favorite "Greatest Hits"-type albums from 1975?