You know that great feeling when you hear a song you don't recall ever hearing before and you get excited and find out who sings it so you can hear it again? And then you find it and you play it over and over wondering why you can't remember ever hearing it? That happened to me today. I was listening to this fantastic 3CD UK compilation from 2011 on shuffle when I heard "Prime Time" by The Tubes (THE TUBES?!) stood out above the rest of the admittedly awesome tracks and I listened to it about five or fifteen times before letting the shuffle continue and with my trusty crossfade set at about six seconds the next song flowed in seamlessly, almost as if it was the same song. So not only was I high on a new re-discovery, I was given the bonus of a ridiculously syncopated crossfade. Ladies and gentlemen, it was a perfect storm.


So let me start from the beginning. Last week, I was listening to Going Underground via Spotify with the ten missing songs linked in from the Local Files folder and playback set on shuffle. It's a great compilation, one that I have enjoyed many times since it's release in 2011, featuring many songs that got no play here in the States and sprinkled with a few recognizable hits as well. The tracks are all from 1977-1982, a fertile period covered frequently on British compilations. In fact, the year after Going Underground (named after a song by The Jam that appears as the album's first track) was released, the label (Universal Music TV) released a very similar compilation titled Teenage Kicks 1977-1981: The Music That Changed Everything.


Despite the overlap of a few tracks, I picked that one up, too. It's only got 60 tracks spread across the three discs and it sort of almost lives up to its title for this bloke. In a mix with tracks from Rhino's Left Of The Underground and No Thanks boxes and a few each from the Stiff, Cash From Chaos and 1-2-3-4 box sets, both Going Underground and Teenage Kicks could anchor a really sweet mix of late punk and early new wave from both the UK and the US. I'd have to close out the mix with the iconic Iggy Pop lending his restrained vocals to the Teddybears droning Cars-like track, "Punkrocker."


But getting back to Going Underground, after about 45 minutes of listening, the drums and synths gave way to a female vocal. Sounded a bit like Blonide's Debbie Harry and then the chorus hit, all smooth hooks and blended harmonies. I glance at the second display to see who it is I'm listening to and enjoying and I see Prime Time - The Tubes. Straight to discogs.com to look it up. And then I see it - Produced & Engineered by Todd Rundgren. Of course. I seem to have developed a sixth sense for the man's productions.


Turns out it was a Top 40 single in the UK, peaking at number 34 in a ten-week run. Earned the band an appearance on Top Of The Pops and this unnamed show. The female singer is Re Styles, a frequent collaborator of The Tubes from 1975-1980. I do not yet have the album from 1979 that "Prime Time" is on, a concept album called Remote Control based on Jerzy Kosiński's book Being There, which was made into a Peter Sellers film that same year. So the song seems to run long as I listened through to the end without jumping back to the beginning to hear it again and I look at the display again just to see how much longer because I had just listened to it a bunch of times and I didn't remember the part I was hearing though it sounded like the same song.
On the monitor, I see Airport - The Motors and I listened through until that song was obviously over and then I queued up both songs to recreate the magic I had just heard and lo and behold it was nearly seamless: the beat, the vibe and even the synth sound of "Airport" was close to that of "Prime Time." So it turned out to be a great day for the re-discovery of a couple of tracks that had been there in my collection all along. The Motors song reminds me of New Musik which led me to listen to a few New Musik songs and the day just got better and better. If you've never had the pleasure of listening to Going Underground, enjoy the playlist below. It is chock full of songs you need to know though I only mentioned two of them. It is cool to think that there was this alternate popular music landscape in the UK and that we only knew about the tip of the iceberg here in the States at the time because very few hits crossed over. Check the chart stats down below to see when and how the songs performed in the UK. Half the songs were Top 10 hits with four rising to the top of the chart. 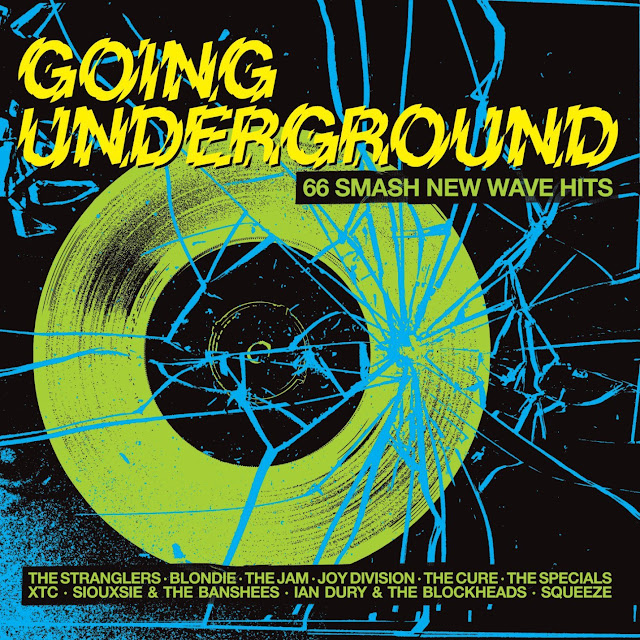 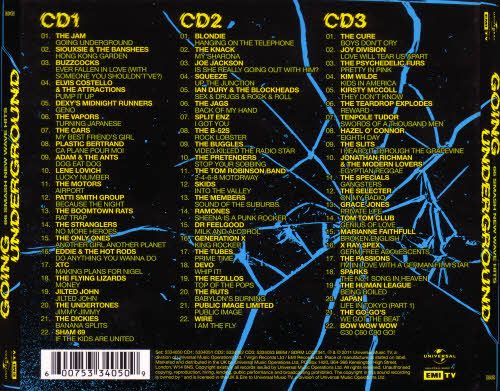