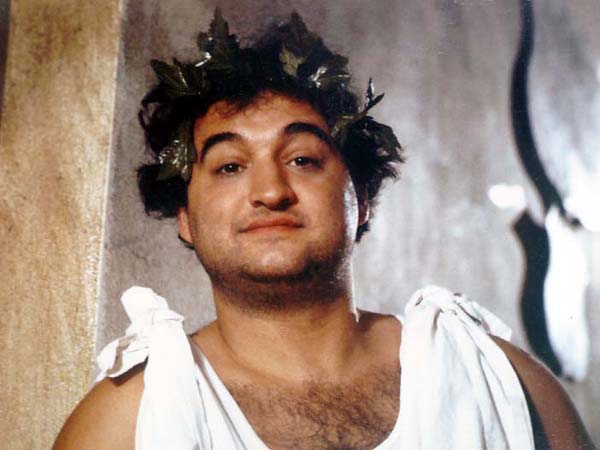 According to the all-knowing Wikipedia, the first recorded toga party occurred in 1953:

when James Madison University students wore togas and ivy wreaths, and brought their dorm mattresses to freshman Mark Neuman's home on Hillcrest Avenue in nearby Flintridge.

Toga parties went mainstream after one was depicted in the 1978 film Animal House, which is set at the fictional Faber College in 1962.  The film's screenplay was based on the collective fraternity experiences in the late 1950s and early 1960s of the three screenwriters and the film's producer.  The movie surprised everyone by becoming a huge box office hit and saw a fourteen song soundtrack album earn platinum certification for 1,000,000 copies sold even though it never made it past number 71 in an eighteen week chart run on Billboard's Top 200.  I bought my vinyl copy of the album on my 19th birthday and later picked it up on CD.  I also have this shaped 4 song soundtrack sampler disc that came with 1998 editions of the film on VHS. 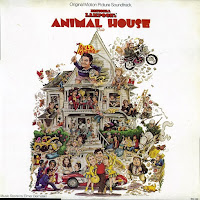 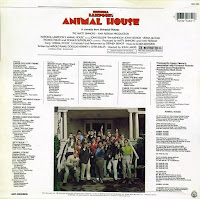 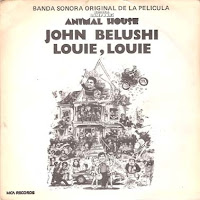 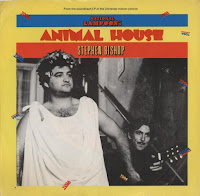 Of the newly recorded tracks, two were issued as singles - the b-side of each single is on the film's soundtrack album but not heard in the film: 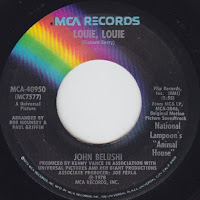 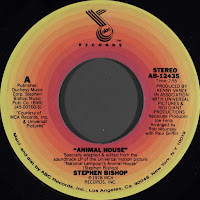 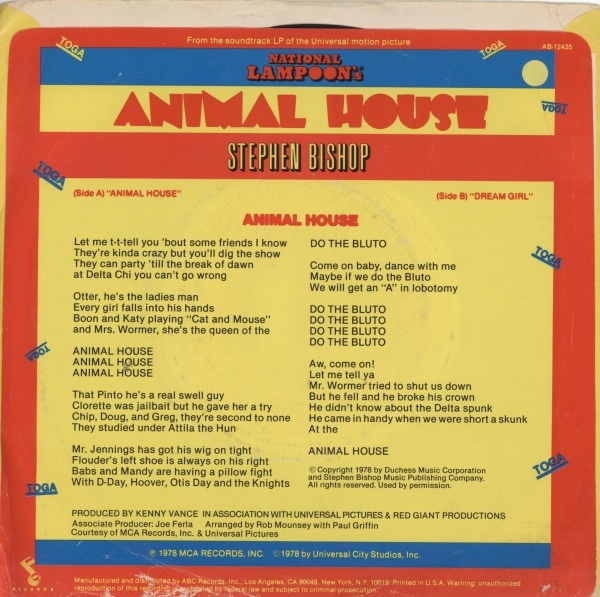 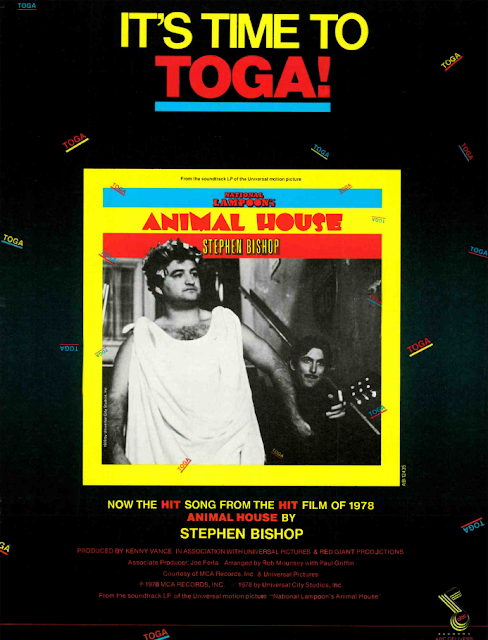 In addition, a promo only twelve inch single was sent to radio stations to promote both the film and the soundtrack album.  In National Lampoon's typical anti-establishment style, a picture of Delta House gang all flippin' the bird at the camera is on the cover.  Side One features an 8:26 interview of rising star John Belushi conducted by one of the film's screenwriters, Harold Ramis, while Side Two features both songs from Belushi's single and both tracks from Bishop's single. 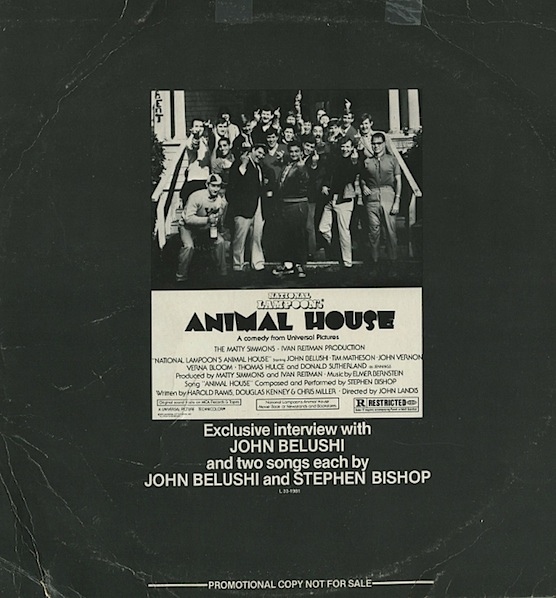 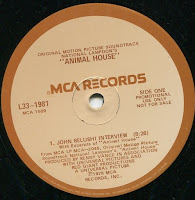 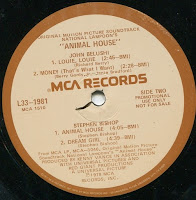 And then there's "Shout", probably the most famous song from the movie.
Lovingly recreated in the Oregon-centric Nike ad below in 2015. 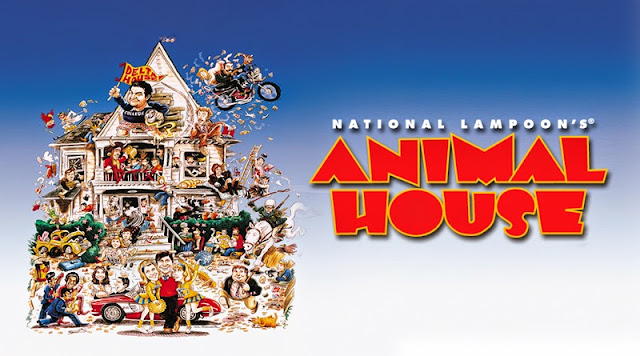 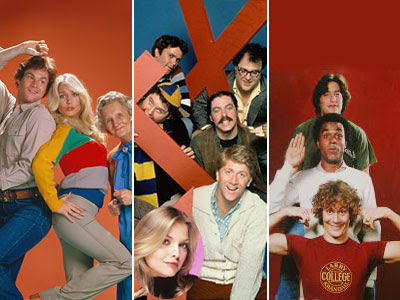 Three short-lived television sitcoms inspired by the film Animal House aired in January and February 1979.  By the end of April 1979, all three shows were history.  I remember watching a few episodes of Delta House but never saw the other two. 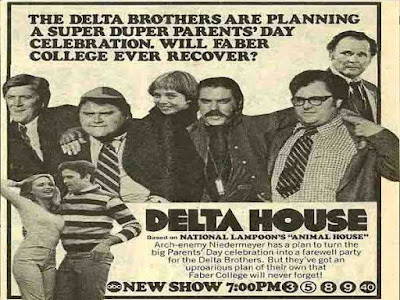 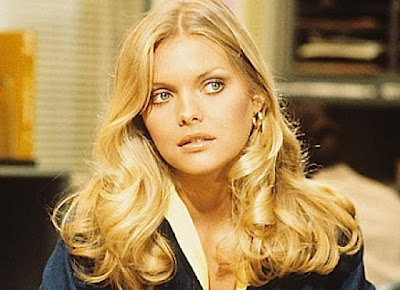 ABC's Delta House, which featured four cast members reprising their film roles from the film, lasted for 13 episodes.  Despite having a twenty-one year old Michelle Pfieffer - in one of her first roles - as a character named "Bombshell", the series was a pale substitute for the movie. I would have watched more episodes but it was on at the same time as CHiPs on Saturday nights. 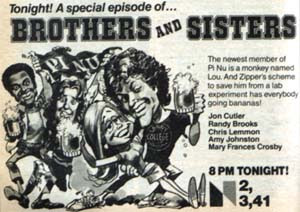 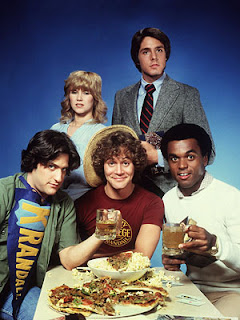 NBC's Brothers and Sisters premiered immediately following Super Bowl XIII (Steelers defeated Cowboys) and within days of the premiere of Delta House.  Unlike Animal House and Delta House, which were both set in 1962, Brothers and Sisters was set in 1979, lasted twelve episodes and was off the air before Delta House aired its final episode.  Definitely not to be confused with the 2006 ABC series Brothers & Sisters - the ampersand makes all the difference.  I missed this one completely as it was on Fridays, first up against Wonder Woman and then The Dukes Of Hazzard. 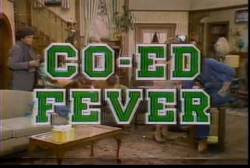 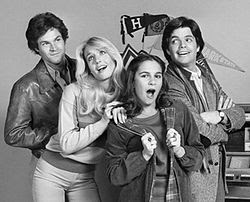 CBS's Co-Ed Fever debuted with a special preview episode following the television premiere of the film Rocky and was cancelled almost immediately, with none of the other five filmed episodes making it on the air in the US. Like Brothers and Sisters, Co-Ed Fever was set in 1979 and featured twenty-two year old newcomer Heather Thomas, whose poster would be on my wall just a few years later alongside Loni Anderson. 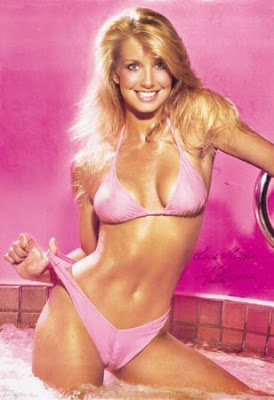 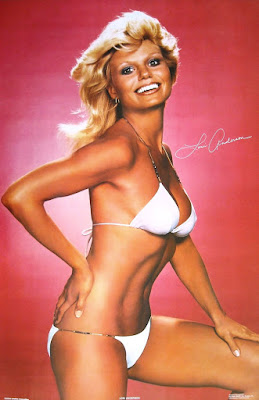 Animal House not only inspired television spin-offs, it has inspired a dozen or so compilations of the music as heard in the film, music from the late Fifties and early Sixties which soon became known as frat rock.  During the remainder of posts under the Rush Week banner, I'll be covering the twenty year history of the frat rock compilation from labels like Adam VIII, DCC Compact Classics and Rhino on both vinyl and CD.