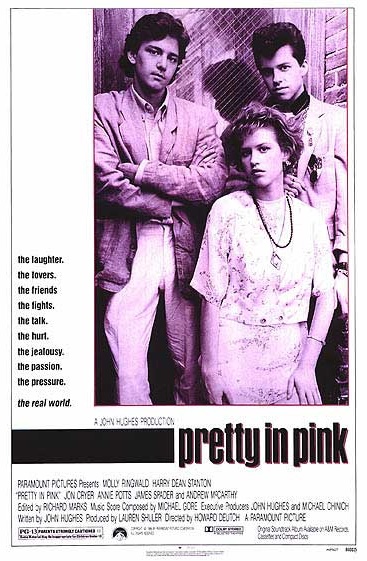 February 2016 marks the 30th Anniversary of the release of the film Pretty In Pink. It opened on the last day of the month back in 1986 along with the horror film House. By the following Monday, it had outgrossed House by just $141K to be the Number One grossing film that weekend, knocking the previous champ Down And Out In Beverly Hills all the way down to the third spot. I saw the film with my future wife that weekend, probably on Saturday during the afternoon as I was working Friday and Saturday nights back then. I liked the film a lot but was especially drawn to the music which I thought was the strongest soundtrack yet featured in a John Hughes film, an opinion I still hold four decades on.  In honor of the film's anniversary, Pretty In Pink is being shown in select theaters around the country this year. Fortunately for us, it is playing at 2:00 this Valentine's Day and the wife and I are going to see it again. It's playing at the same location where we saw it originally but that four screen theater in the mall was demolished and rebuilt as a twenty screen megaplex in 2001. I'm tempted to watch the film again on DVD before we go but have resisted - we did watch it almost exactly a year ago on the Sunday after Valentine's Day 2015 - but have made due watching clips on YouTube and listening to the soundtrack. I've rounded-up a few Pretty In Pink images to share in honor of this special occasion. 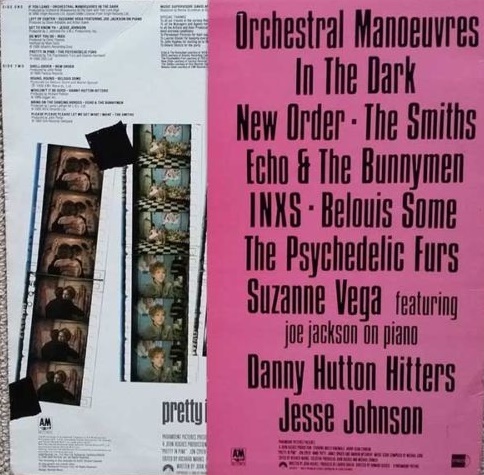 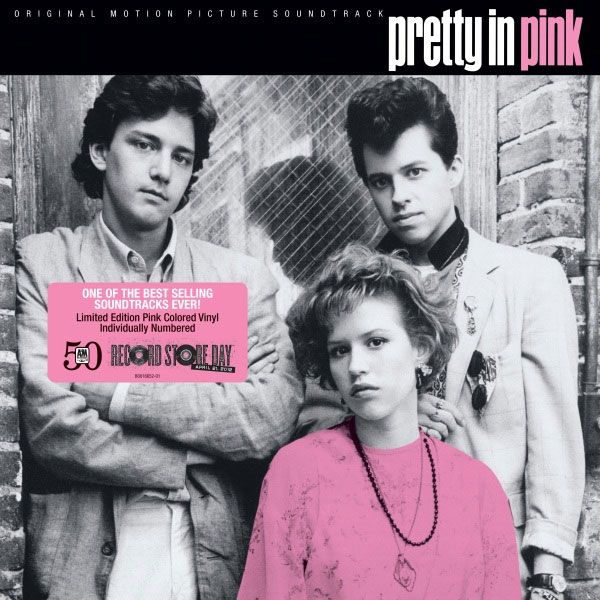 Read reviews of the Pretty In Pink
soundtrack album by
my friends Mark and Martin.