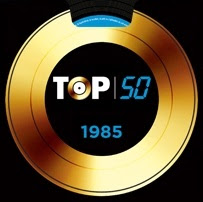 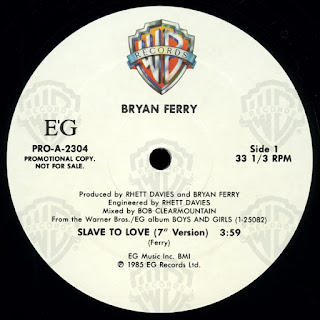 When I first heard "Slave To Love", I was in  the late, great Wherehouse Records up on Speedway next to the Showcase Cinema and it was raining outside.  It was proably early 1986, maybe February.  I thought the song perfectly soundtracked the weather outside as well as whatever I was feeling at the moment.  Bought the album Boys And Girls on the spot. Have spent many rainstorms (and other romantic situations) listening to it ever since.   Flash forward seven years.  I am in same Wherehouse Records around the time of my birthday.  It began to rain once I pulled into the parking lot.  Walked inside and was greeted by what I thought was Boys And Girls - I recognized the voice and the song but it was not Boys And Girls, it was Ferry's latest album, Taxi, a compilation of covers.  Bought that CD and went back out into the rain. 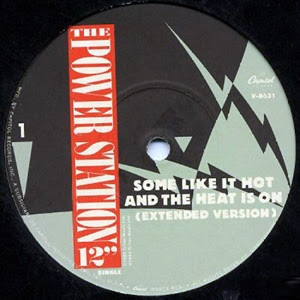 The Power Station was a huge favorite in the Spring and Summer of 1985.  The music was brash and loud while the vocals were laid back and cool though they occasionally rose to equal the music.  Legend has it that the plan was to feature a different vocalist on each track but Robert Palmer killed on his demo of "Communication" and then asked to sing on the T-Rex cover "Get It On (Bang A Gong)" and the band knew they had their frontman.  It still bewilders me that some folks do not take kindly to the pounding drum and squealing guitar high energy of the lead singles "Some Like It Hot" or the follow-up "Get It On (Bang A Gong)". 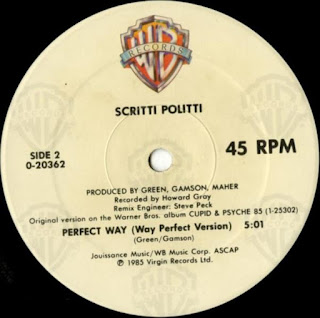 Scritti Politti was the best rhyming band name ever - swiping the title from Ram Jam - until Milli Vanilli came along.  The Cupid & Pysyche 85 album came into my life much like it did for everybody else: heard it and had to have it.  The fact that "Perfect Way" was the fifth (!?!) single released from the album and yet the first one I heard tells you why I stopped listening to radio (mostly) in 1985 - the glory days of hearing all the good music on one station were over.  The album is sweet pop perfection and Green Gartside's vocals are pretty, playful and exactly what you would expect over such shimmering music. 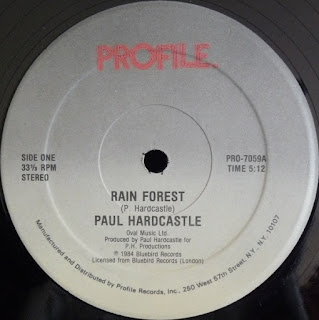 Paul Hardcastle was another heard it in the store, bought it the same day records.  It fit into the smooth jazz phase I was in during 1984-1985.  But it actually transcended smooth jazz and had elements of electro and hip-hop which made it's release on Profile, home of Run-DMC, logical.  That it hasn't been released on compact disc after all these years is particularly frustrating.  A Deluxe Edition is definitely warranted. 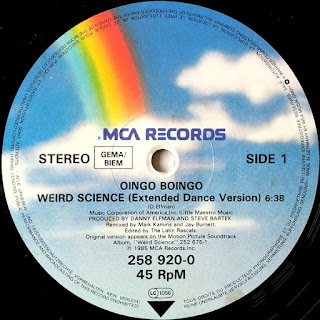 I liked Oingo Boingo's music but never considered them a favorite until the end credits of Fast Times At Ridgemont High rolled as their wonderfully hyper "Goodbye Goodbye" played underneath.  So I bought Nothing to Fear (1982) and then Good For Your Soul (1983) neither of which prepared me for Dead Man's Party which was more polished and produced than the previous two long players but still managed to keep Elfman's spastic vocals up front.  The opening cut "Just Another Day" is my favorite track on the album and one of my favorites of all-time as well. 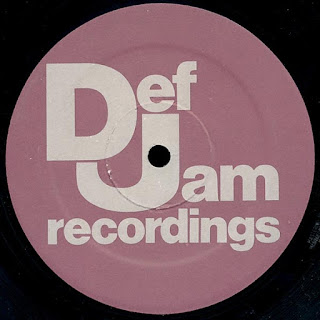 LL Cool J came into my life via an inauspicious maroon colored cardboard sleeve with a maroon labelled twelve inch record inside with the words Def Jam Recordings on one side.  The song was "I Need A Beat" and the year was 1984. Nearly a year later, the young rapper appeared on the big screen as himself in Krush Groove, a fictional account of the birth and rise of the Def Jam label, performing the hard-hitting song "I Can't Live Without My Radio".  The ode to his boombox was one of the reasons I bought the Krush Groove soundtrack and coupled with that first single, the reason I bought LL Cool J's debut album Radio in early 1986 and bought his next three albums as well, hopping off the bandwagon just after 1990's Mama Said Knock You Out. 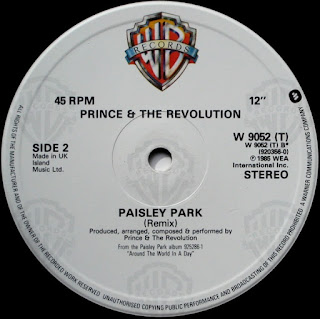 Back in 1985, I was buying anything remotely Prince-related and then on April 22, the Man himself dropped his eagerly awaited follow-up to the world changing Purple Rain.  What has his decision to go all in on Tidal and pull out of Spotify meant to me?  Now when I listen to his music in Spotify (via Local Files), no one gets paid: not the record company, not the Artist, not the publisher, no one. 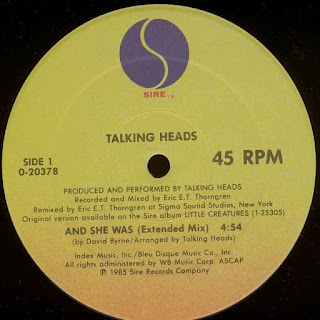 I was by no means an early adopter of music from the Talking Heads, liking a song each from their first four albums and ignoring the raging critical hype that accompanied each of those releases.  The flame was lit by the 1983 release of "Burning Down The House" and continued through the entire Speaking in Tongues album and the so-much-more-than-live Stop Making Sense album in 1984.  Buying Little Creatures was a given as was purchasing it's follow-up True Stories in 1986. 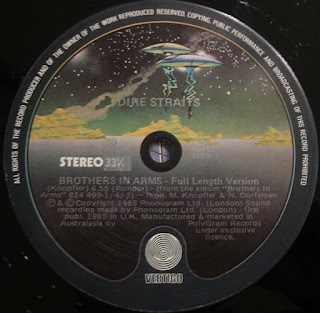 Bought Brothers In Arms because of my obsession with "Money For Nothing" but fell head over ears in love with the four songs on Side Two within a day or two of pretty constant listening.  Taken together, the quartet of tunes soundtracked many, many late night talks, get-togethers and drive-thru feasts after work and up past sunrise.  Evocative mood music with so many distinctive sounds, I still occasionally cue up the four songs as part of my morning ritual.  Advertised as a digital recording prominently on the CD long box, the album was later clarified to be DAD rather than DDD - if you don't know what that means, you were not part of the vinyl to CD mass migration of the mid to late Eighties - but it has always sounded great to my ears.  Just realized I have never played those four songs in the Blueberry.  One moment please.  Well actually, about 22 minutes... 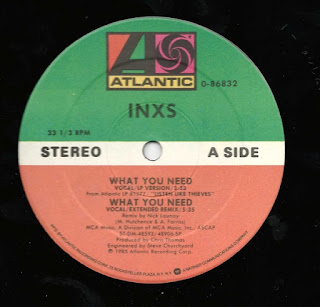 The rumors are true: despite my love for the music of INXS and my obsessive tendency to buy every twelve inch they put out, I bought no INXS records in 1985.  None.  But my girlfriend sure did. When we went on a break in Summer 1986, I returned all of the records I had borrowed from her and seeing how I had neglected my own collection I went on a furious buying streak for nearly two weeks straight, stopping only when my shiny new Discover card was declined cause I had hit the $1500 limit. A day after that somewhat embarrassing episode, we were back together. Listen Like Thieves features a killer 1-2-3-4 album opener of songs that I still marvel at to this day.  The only way it could possibly be a better album is if "This Time" was track 5 instead of track 7. 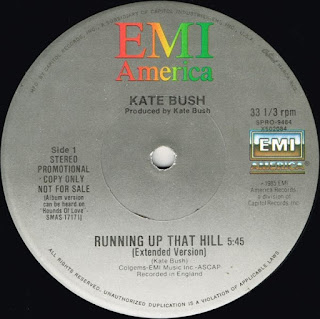 Hearing "Running Up That Hill" is a soul-touching, spiritual experience for me.  The fact that God His or Her self is mentioned in the lyric is a bonus.  I wrote a potentially bad check to pick up the parent album Hounds Of Love in November 1985 but fortunately for me, my deposit made it into my account Monday before check was posted.  It was but one of my deals with God.  Easily one of my Top 100 albums ever, maybe even Top 50. 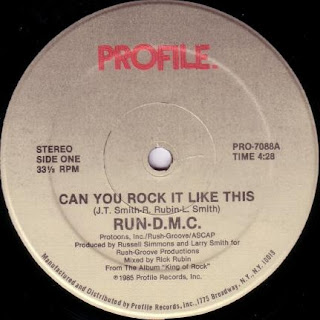 There's nothing I could write about Run-DMC that hasn't already been written.  Their 1984 debut album paved the way for all that followed and they followed it up with King Of Rock in January 1985 before taking the stage at Live Aid in Philadelphia and a starring role in Krush Groove, a film I may have mentioned once or twice today.  So I was a nineteen year old kid with a smooth jazz phase, heavily into hair metal, twelve inch club dance remixes and the burgeoning hip-hop and rap music led by LL Cool J, Run-DMC and the Beastie Boys. 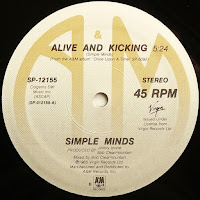 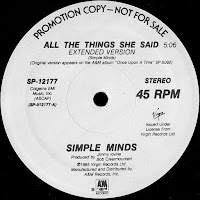 My Simple Minds Once Upon A Time story can be found here. 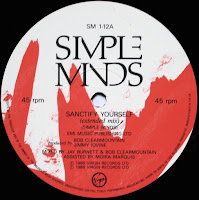 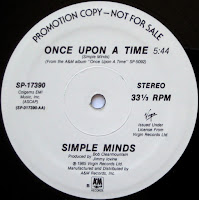 Last year, I confessed that despite my love for Prince's Around The World In A Day, a new album came along and bumped it from the precarious perch that is My Favorite Album of the Moment. 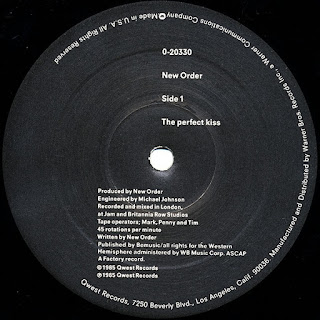 That album was New Order's Low-Life and it is still a classic in my unwritten book of such things.  The fact that it was only the group's third album belies the incredible musical evolution that had taken place in that short amount of time.  Add to that the fact the album still sounds relatively timeless today despite all the dated sounds of synths and drum machines and it's no wonder this is almost my favorite album from 1985. 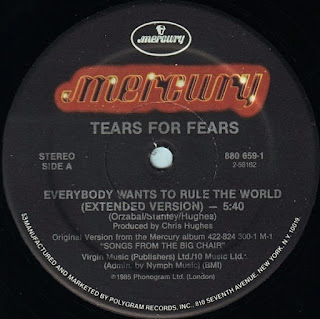 But after four decades of listening in various incarnations, that accolade goes to Songs From The Big Chair by Tears For Fears.  Simply put, that album was the soundtrack to everything good or great that happened in 1985 and still brings me joy all these years later; even the songs I initially didn't care for have grown on me much to my surprise.  To its credit, it is one of the few albums I prefer to listen to at lower than normal volume levels, adding to the extended dopamine rush.  The opening notes of "Everybody Wants To Rule The World" never fail to get the neurons firing.  And there you have it.  Ask me again in a week and I'll give you a different list.