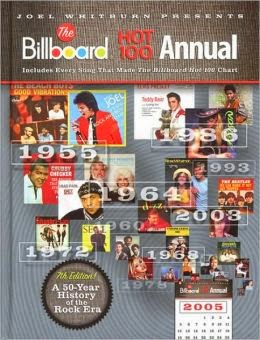 HERC used the Ranking System detailed in Joel Whitburn's Billboard Hot 100 Annual [2005] (above) to score and rank the singles which are presented here in countdown order, from lowest to highest scoring.  (A few songs that would have made this list have been previously featured.)