In 1985, Rolling Stone was still HERC's primary source of music information. Spin would debut in March of that year and it slid nicely into the slot vacated by his beloved Trouser Press which celebrated its ten year anniversary and ceased publication with the April 1984 issue. (The main man behind Trouser Press, Ira Robbins, contributed a few album reviews to Rolling Stone in 1985.) Lesser influences included copies of New Musical Express read in the basement of the University's library and the occasional issue of Musician, Smash Hits, Creem or Circus he purchased or read at the newsstand or record store. 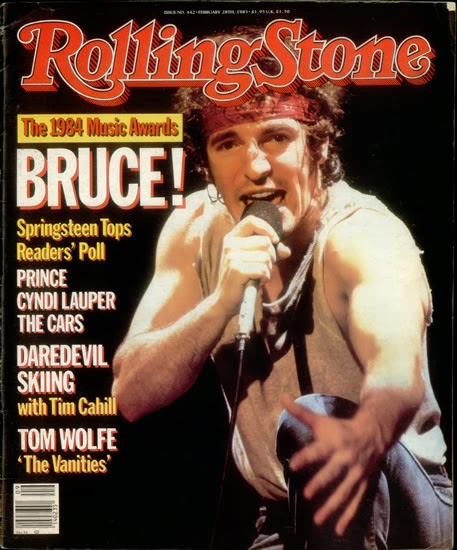 Issue 442, dated February 28, 1985, featured Springsteen on the cover and fourteen albums reviewed near the back of the issue - twice as many as the previous issue.  The thing about most of the reviewed albums is that the majority of them failed to make the Album Guides pictured below, with seven of them appearing in the 1992 edition and only four making the 2004 edition.  As far as albums in HERC's collection, only five of the fourteen made the grade: David Lee Roth, Eurythmics, Deep Purple, Jonzun Crew and Malcolm McLaren. 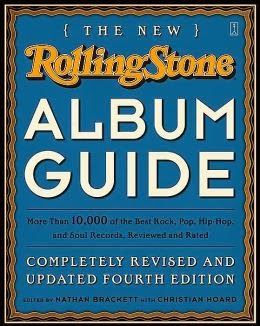 In addition to cover art, each album below has the title (with Spotify link when available), album artist, label, release date, the critic's name and the original 1985 rating (number of stars) as well as the ratings from Rolling Stone Album Guide (1992) and The New Rolling Stone Album Guide (2004). HERC Included those last two ratings because sometimes history doesn't repeat itself - it rewrites or revises itself.