Continuing his recapping of his favorite songs from 1978, these are the funk jams.  Or the ones HERC considers to be more funky than disco or R&B.  (HERC looks forward to all of your comments regarding the definition of funk.)  Turns out he likes the album versions of most of these songs better than their respective single edits.

HERC's love for the album Destiny has been documented here on The Hideaway.  This song was the second single released after "Blame It On The Boogie" and both singles, which peaked at #3 on the Hot Soul Singles chart, preceded the album's week before Christmas 1978 release date.  The single version of the song does not do it justice - the full-length album version, which closes out Side One of the album, is the definitive one. 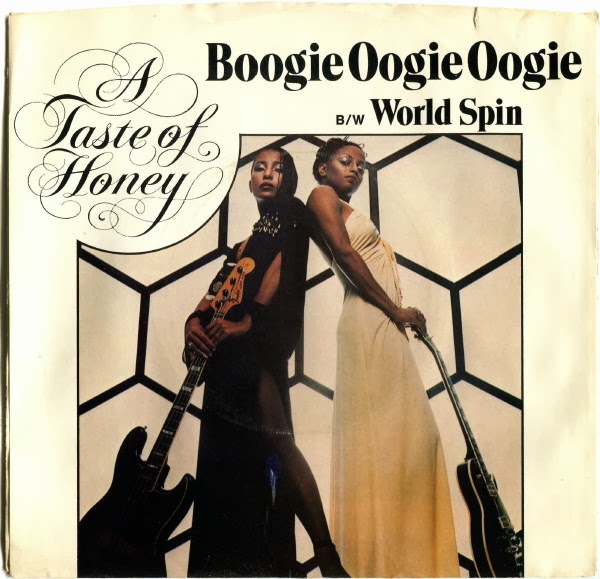 "Boogie Oogie Oogie" is the only one of today's 45s HERC still has in his collection.  That bass is something else and most people would probably file it under "disco" but not HERC. That fuzzy guitar solo seals the deal on what is very likely the only #1 Hot Soul Singles song HERC will ever feature that his seventy-something father-in-law also likes. 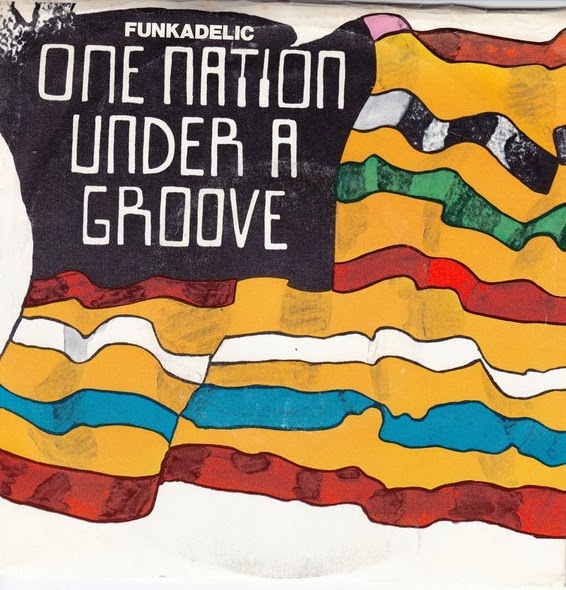 This is sweet noise of the funkiest kind.  So many layers, so many levels - "so wide you can't get around it/so low you can't get under it/so high you can't get over it".  This is the essential music, the essential groove of life.  The song was originally ranked at #474 on Rolling Stone's 500 Greatest Songs Of All Time in 2004 but was subsequently bumped from the 2009 revision. 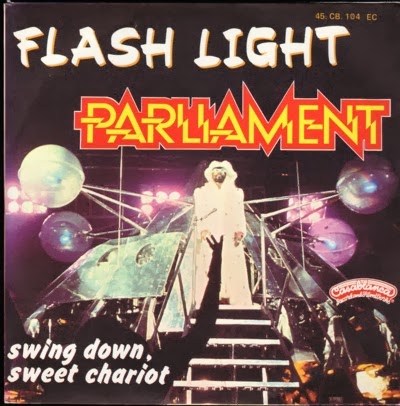 Equally funky, equally essential - this is basically the same band of funkateers doing it on the one.  "Flashlight" charted more than six months before "One Nation Under A Groove" and both spent multiple weeks atop the Hot Soul Singles chart.  "Flashlight" was ranked #199 on the aforementioned 2004 list but was knocked down to #202 on the 2009 list. 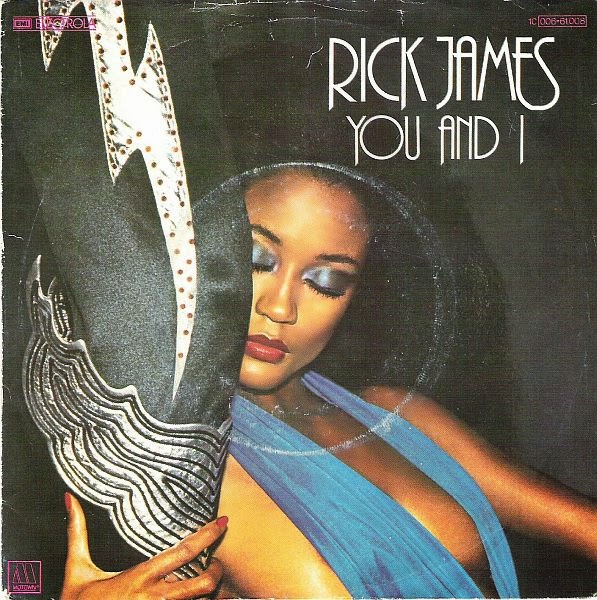 Both "You & I" and "Get Off" are on Starburst,  one of HERC's favorite K-tel albums and that might have been the first place HERC heard the former.  It was Rick's first Top 40 Hot Soul Single and his first #1 as well.  Avoid the neutered single edit and go straight to album's eight minute version. 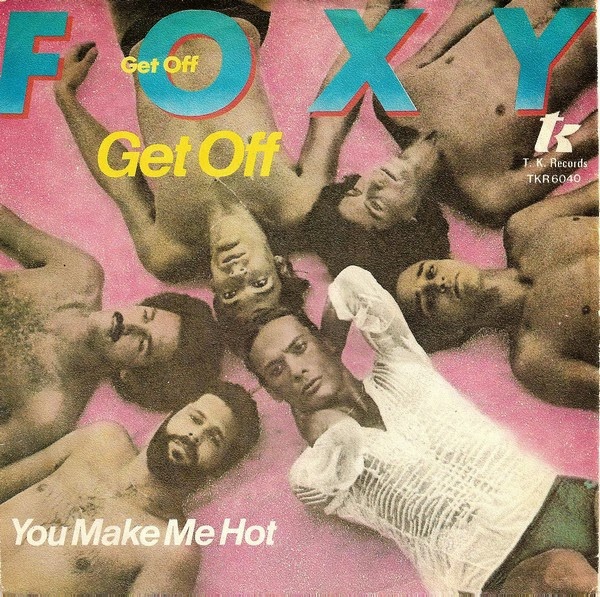 "Get Off" topped the Hot Soul Singles chart as well and was the group's second Top 40 single on the chart, following the similarly titled "Get Off Your Aahh! And Dance Part One".  The soundtrack to Roll Bounce features "Get Off" as well as "Boogie Oogie Oogie" and 'Flashlight". 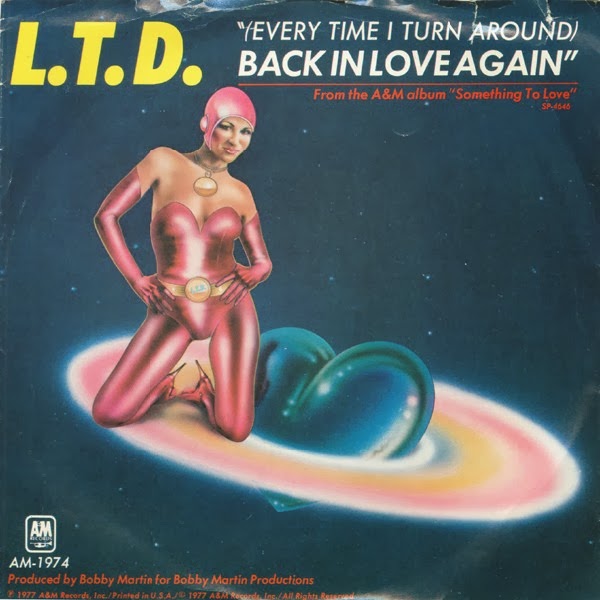 HERC refuses to listen to the single edit of "(Every Time I Turn Around) Back In Love Again" or even the slightly longer album version.  For him, the only way to enjoy the song is in its eight and a half minute Disco Version.  While reaching the top of the Hot Soul Singles chart, the song managed to cross over to the Top 20 on the pop (#4) and disco (#19) charts. 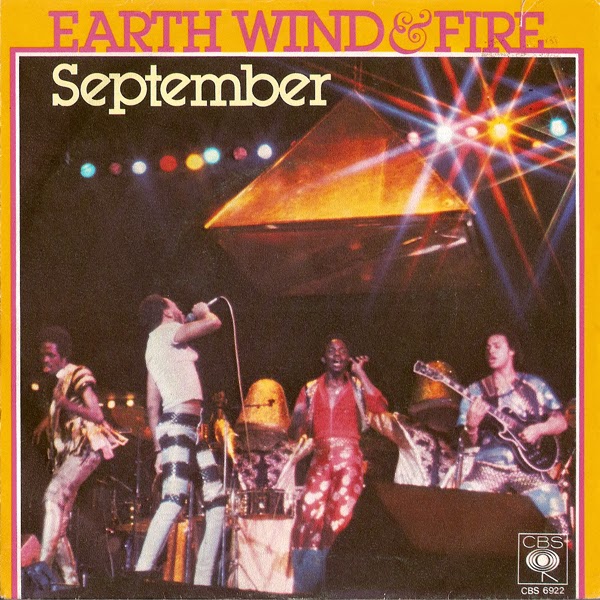 "September" has special meaning here at The Hideaway as it is MRS. HERC's and daughter Dev's birth month.  The fact that they have this super funky tune to remind them of their birthday is not lost on either woman.  Like them, the song is a beautiful composition full of joy and positive energy. HERC is grateful and thankful to have all three in his life on a daily basis.