It's Monday and we have yet another mixtape off the shelf but before we get to it, click here for links to all the previous Mixtape Mondays here on The Hideaway.

We're up to tape JJ in the renowned Somewhat Alphabetical Mixtape series and for those of you playing along at home, it's number 36 in that series I think. Like every other tape in the series, JJ was dubbed on a TDK SA90 tape which I was buying in bulk through my mother's Price Club membership. The tapes came in 10 or 12 pack bricks and more than once, they came with a soft case cassette holder which was quickly tossed in the trash with the cellophane that held the brick together as I had no need to need to carry more than one or two tapes around at a time. And I never kept more than one tape in the car at a time which made me seem like a genius as friend after friend had their entire tape collections and their decks stolen out of their vehicles.  During one of my trips to Price Club for Mom, they packed my three or four small items in the large cardboard flat that the tape bricks shipped and were displayed in. I eventually set up a couple of those flats on my window ledge (sill?) and kept both my blank and recorded tapes stacked up in them for a few months until my personal collection of mixtapes and album dubs became too large and moved to a shelving unit. Oh sure, I could have saved a few bucks and gotten a few more tapes by buying lower-priced, bigger bricks of TDK D90 tapes but I only had to do that twice as I needed tapes for my Spanish 101 class and didn't want to squander my beloved SA90s. From time to time, bricks of Maxell XLII tapes would appear on the pallets and shelves adjacent to the TDK blank bricks; Mom & Dad even bought me a couple of Maxell bricks one Christmas as did my friend Stephen, a big champion of Maxell tapes. I used one brick of tapes he bought me to record The Beatles blue box collection of vinyl a certain girl bought me one Christmas, one of the few times Maxell tapes ever graced my decks. 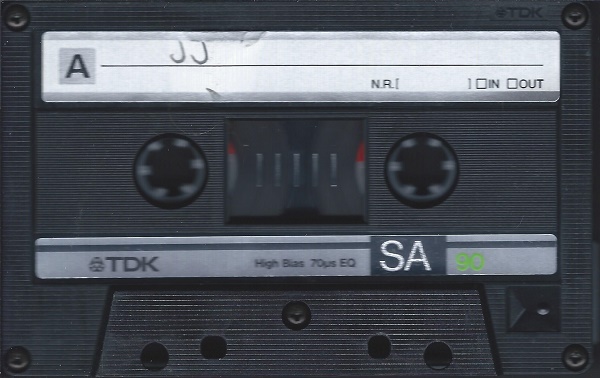 JJ begins with the unmistakable sound of Mark Knopfler's guitar as he and his band kick off side A with "Sultans of Swing", one of the more mellow opening songs I've ever used. And then Grand Funk Railroad comes in with the anthemic "We're An American Band" which in hindsight might have been the better choice for kicking the tape off. Tracks from The Clash, The Cars (an extended remix, no less) and Adam & The Ants follow in quick succession and it is clear that tape JJ is as unpredictable, illogical and hard to follow as nearly every other tape in the Somewhat Alphabetical Mixtape series. Songs including a Pink Floyd re-recording necessitated by a prohibitive contract, a Joan Jett French lesson, a twofer from a faded Sixties star resurrected by two of his biggest fans, a little ditty about 2 American kids and a hard right turn by ABC close out the first side. The average year of release for the eleven songs is 1980. 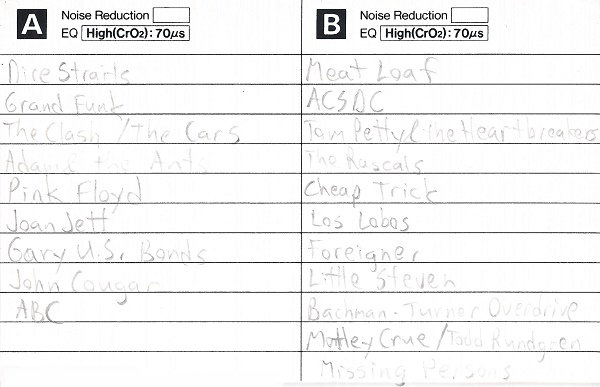 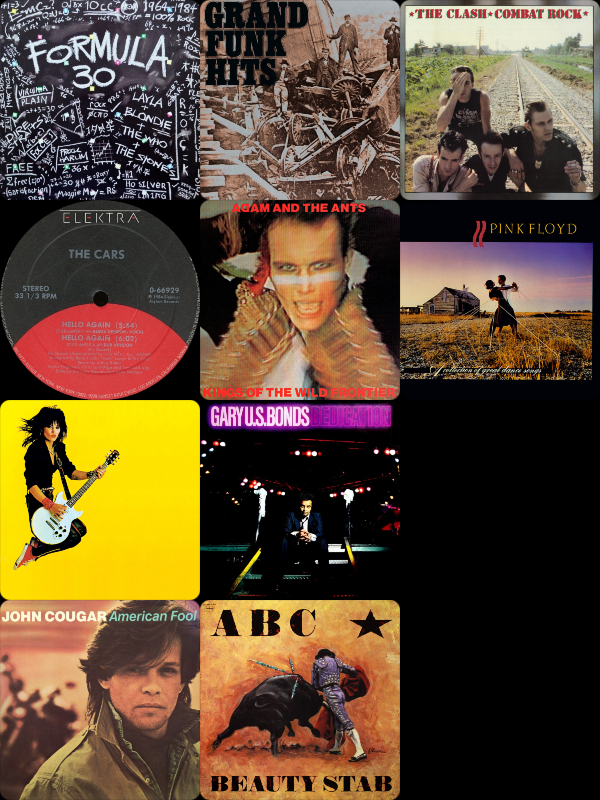 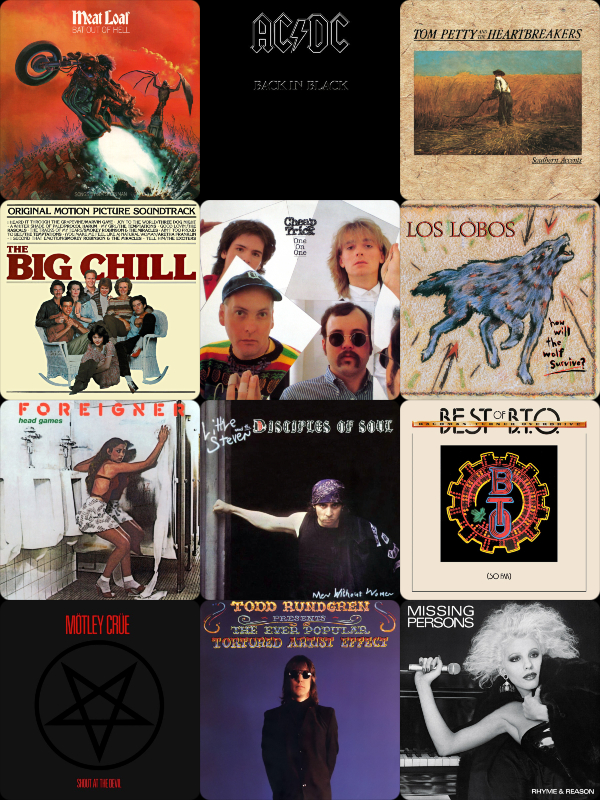 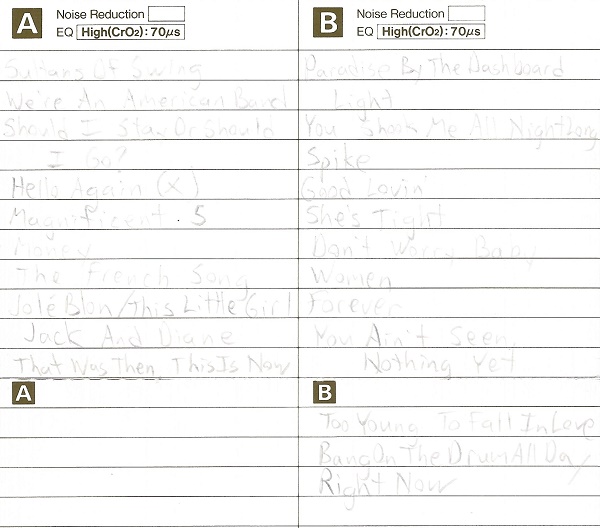 Meat Loaf's epic "Paradise By The Dashboard Light" kicks off side B of the JJ tape. Instantly recognizable from the opening riff, the song is as disjointed as one of my mixtape tracklists. Was I coming on too strong? Probably most definitely but the tape's intended listener, the girl with the pretty brown eyes, was picking up what I was putting down. I then doubled down with the second track, AC/DC's "You Shook Me All Night Long" before cooling things down considerably with Tom Petty, the Heartbreakers and "Spike". Rocking tunes by The Young Rascals (listed as The Rascals on the jcard because that's how they are listed on The Big Chill soundtrack album I dubbed the song off of), Cheap Trick, Los Lobos, Little Steven, Foreigner, Bachman-Turner Overdrive, Mötley Crüe, Todd Rundgren, and Missing Persons round out side B of the tape. The average year of release for the 12 songs is 1979.


JJ is filled with some of my favorite songs and in hindsight, almost none of them became the brown-eyed girl's favorites. While side A has no rhyme or reason, side B is undoubtedly filled with my naked lust. And while it may not be the lynchpin of the series or even in the Top 30, tape JJ had to be made in order for KK and all the others that followed. It was the overall effect of the entire series that kept me on her radar, as she associated the songs she heard on the tapes with me and that kept me in her thoughts whenever she heard the songs on the radio or MTV which earned me a place in her heart and by her side even though we are strangely apart today on our 32nd wedding anniversary. Have no fear, we'll reunite before the sun sets.