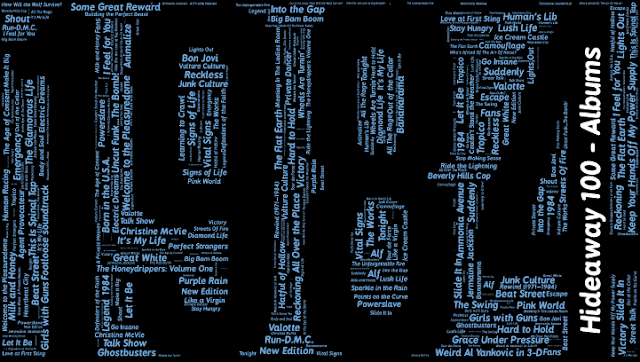 Howdy and thanks for tuning into Day Three of our journey through My 100 Favorite Albums from 1984 - another Hideaway 100. We've counted down the bottom twenty thus far - do go back and check them out if you haven't done so already. Today we're gonna knock out another ten albums so let's get going! 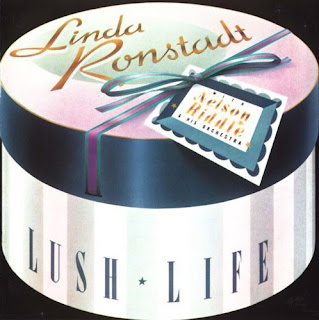 I was fortunate to have been introduced to Ronstadt's voice by my Dad, who had a bit of a crush on her. He had all of her early solo albums and soon I was buying them for myself. She kinda lost me with Get Closer which was a disappointment after Mad Love (which I remain madly in love with) but I stayed on board through her three partnerships with Nelson Riddle and his Orchestra, buying each album as they were released. I remember Lush Life most as part of the 'Round Midnight box of three discs along with What's New and For Sentimental Reasons as it was the first CD I ever bought for my Mom. It also served as the album that lulled me to sleep the other night which is definitely not a knock. So good; it deserves better than number 80 but here it is. 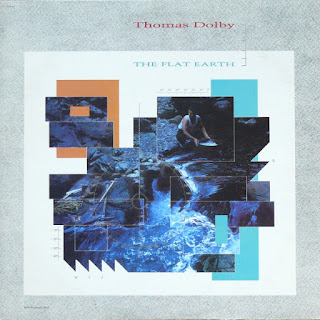 My introduction to Thomas Dolby came via a copy of the Blinded By Science "mini LP" I borrowed from my friend Janice. In addition to the playful hit single "She Blinded Me With Science", the EP also contained more serious-minded but no less enjoyable fare like "One Of Our Submarines", "Flying North" and "Airwaves". Then one or both of us got Dolby's first album The Golden Age Of Wireless and we listened and talked about it for days. Then came Dolby's Cube and "Get Out Of My Mix" which knocked me for a loop and then "Hyperactive!" and The Flat Earth. It was both as brief as his "mini LP" and just as good if not better listen. There is little doubt in my mind if I made the effort to listen to this album more it would certainly rank higher but for now number 79 is as good as it gets. 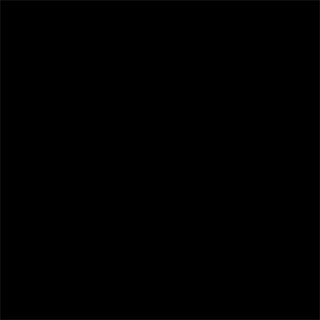 "It's like, how much more black could this be? and the answer is none. None more black." The film This Is Spinal Tap is pure genius. It is to British heavy metal what The Rutles: All You Need Is Cash is to The Beatles if you catch my drift, wink wink nudge nudge poke poke. This album, a gloriously authentic straight-faced stupid-smart parody anthology of the fictional band's fictional songs that serves as the film's soundtrack, is fun to listen to even as it obliterates bands and music I love. I'm in on the joke. "Why don't you just make ten louder and make ten be the top number and make that a little louder?" "These go to eleven." 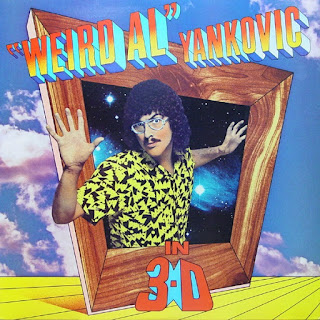 I can assure you that I had no intention of grouping the two comedic albums on this countdown together; things just worked out that way. I had purchased Yankovic's first album and shared it with all my friends much to their chagrin. (Sorry, Al.) I wanna say Dad bought me In 3-D for my 18th birthday - I know he slapped a bumper sticker on the Bug that read "I is a college student" but I know he was really proud of me so I left it on the car and drove it down to the University five days a week. Though the Bug hasn't run in 20 years, the sticker is still affixed; peeling around the edges but clearly legible. I liked both the popular song parodies Yankovic did as well as his style parodies but the secret ingredient on this and most of the future Weird Al albums was the trademark Weird Al polka medley, comprised of both older and more contemporary songs all arranged into a polka stew. On this album, the medley was titled "Polkas On 45" and then came "Hooked On Polkas", "Polka Party!", The Rolling Stones songs only "Hot Rocks Polka", "Polka Your Eyes Out" and well you get the picture. 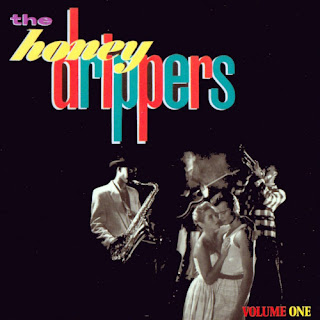 An all-star lineup replaced Robert Plant's original band of Honeydrippers to record this EP at the behest of label president Ahmet Ertegün, who wanted a modern recording of some of his favorite songs from the Fifties. In addition to Plant, Jimmy Page, Jeff Beck, Nile Rodgers, and Paul Shaffer all played on one or more of the five covered classics. "Sea Of Love" was a favorite of my girlfriend and my Mom and it eventually won me over as well. The production is crisp and clean and Plant gives it his all though the song's success left him fearful of being branded a "crooner" rather than a "Rocker" and he all but disowned the project soon after. 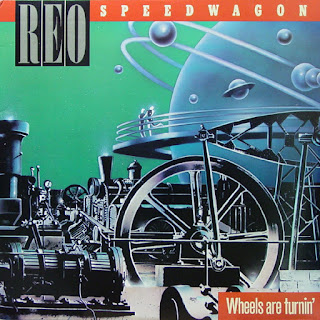 For the most part, my formative pre-teen years were spent in the Midwest so I grew up on a steady diet of local and regional favorites like Bob Seger and REO Speedwagon, who went on to be world-famous. I lived twenty minutes from where REO Speedwagon formed in 1967(!) and songs such as "157 Riverside Avenue" and "Ridin' The Storm Out" from 1977's Live: You Get What You Play For were staples on local radio station WLRW. My first REO album was a cassette of A Decade Of Rock And Roll 1970-1980 that my Texas Grandma bought me. Then Hi Infidelity came out, sold a bajillion copies and suddenly REO Speedwagon could be heard everywhere. Since I had roots with the band, I stuck with them through a weak follow-up even after we moved to the Southwest in 1981 and was rewarded with Wheels Are Turnin' in 1984. The rollicking first single "I Do' Wanna Know" grabbed my attention immediately the first time I heard it with Richrath punishing his guitar in the best way and it held up brilliantly when we saw the band live in 1985. There was a hit ballad on the album that the girls loved but to me it sounded like Kevin Cronin merely re-wrote the Hi Infidelity hit "Keep On Loving You" but I've always preferred the band's rockers to their ballads. 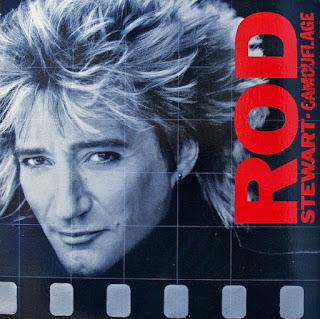 All credit once again goes to my Father for playing his 8-track of Stewart's 1971 masterpiece Every Picture Tells A Story repeatedly when he returned home from Vietnam in 1973 so that it seeped into my ears and gave me a deep appreciation of Rod's distinctive voice. (Little did I know Mom enjoyed Rod's voice as well. But that's another story for another time.) 1984's Camouflage was only four albums removed from 1978's disco-fied "Da Ya Think I'm Sexy?" but he was still capable of producing a disco rock dance hit like "Infatuation" which made it to number 19 on the Dance chart, number 6 on the Pop chart and number 5 on the Rock chart, no doubt due to Jeff Beck's sizzling guitar work. I also liked Stewart's take on "Some Guys Have All The Luck" though I prefer Robert Palmer's throbbing cover from 1982. 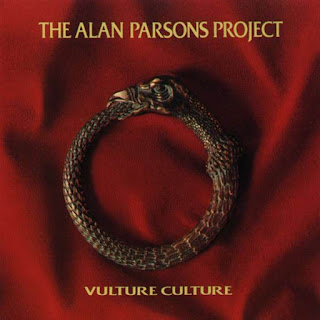 My wife's three favorite artists, as long as I have known her, have always been The Beach Boys, Herb Alpert & the Tijuana Brass, and The Alan Parsons Project. The latter band provided most of her preferred background music during all the late night homework and study sessions throughout her distinguished and honored time in high school and at the University so in a way they are indirectly responsible for making her the successful project manager she is today. If like her, you were a fan of the band in 1984, it was your lucky year as Alan Parsons and his group of session players and vocal ringers released two albums of new material. I asked her which of the two she preferred and Vulture Culture was not it though it has some fine songs like the gentle "Days Are Numbers (The Traveller)" and the self-involved "Let's Talk About Me". 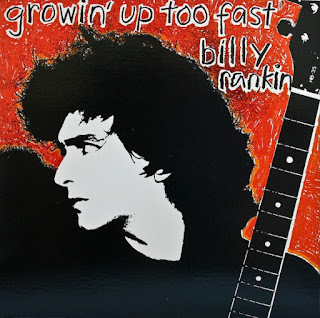 My memory is a bit shady on this one - either I heard "Baby Come Back" on the radio and immediately went and bought the album or I happened to be in the record store the day it came out and picked it up because it was only $4.99. Either way, I won. The killer Billy Squier-esque guitar workout that is "Baby Come Back" is a winner and I'm sure there are other songs on the album that are worthwhile but why would I want to hear them when I can listen to "Baby Come Back" again? Rankin plays just about every instrument on the album but he seemed to vanish off the face of the Earth after this album. I never really thought about it but for this review, I looked it up. Before this album, he was the guitarist for Nazareth from 1981-1983, left to record this album and a released in Japan only follow-up before he rejoined Nazareth for a couple more albums. He released another solo album in 1999, became a truck driver and then a radio DJ. But the most important thing I learned in my Rankin research is that there is an extended twelve-inch single for "Baby Come Back" that was only released in the Netherlands. Road trip! Oh, those Netherlands. Let's see what Discogs and eBay have to offer. 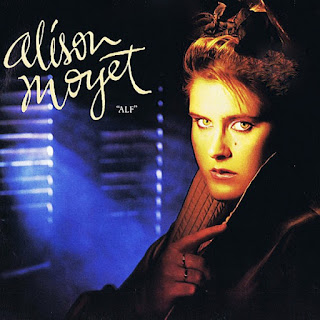 She will always be the voice of Yaz(oo) but Alison Moyet followed the two Yaz(oo) albums with a solo album titled Alf. Back on her home turf in the UK, Moyet's album was a big success, spending 55 consecutive weeks in the Top 100 including 25 in the Top 10 and a week at Number One while spinning off three Top 40 singles while here in the States, only two singles charted and the album spent 25 weeks in Top 200, peaking at number 45. I bought the album, played it like crazy and found comfort in Alison's warm honey-coated vocals, which I've continued to enjoy on subsequent albums as she has matured and aged wonderfully. While her voice still stands out, I no longer enjoy the songs on Alf as much as I once did and we must share the blame: Alf remains stuck in its time, a dated sounding relic, while I have moved on, a different kind of relic yet a relic in my own right.

Tune in for the next ten albums tomorrow!