If you've been following along with HERC's alphabetical mixtape series (and chances are if you're reading this you have been following) you probably guessed what today's mixtape is and what kind of songs are gonna be on it, after all as the the saying goes, "every kiss begins with K."

Surprise!  None of the songs have the word "kiss" in the title and the band Kiss is nowhere to be found.  Looks like Mr. Predictable, ol' Mr. Reliable, the Man With Two or Three Boring As Hell Nicknames aka your boy HERC missed an opportunity here, folks.  He is almost certain he made this mixtape in late January or early February 1985 which explains the inclusion of the traditional Valentine's Day song "Never Say Never" by Romeo Void.  As for the rest of the song selection, all he can do is scratch his head. 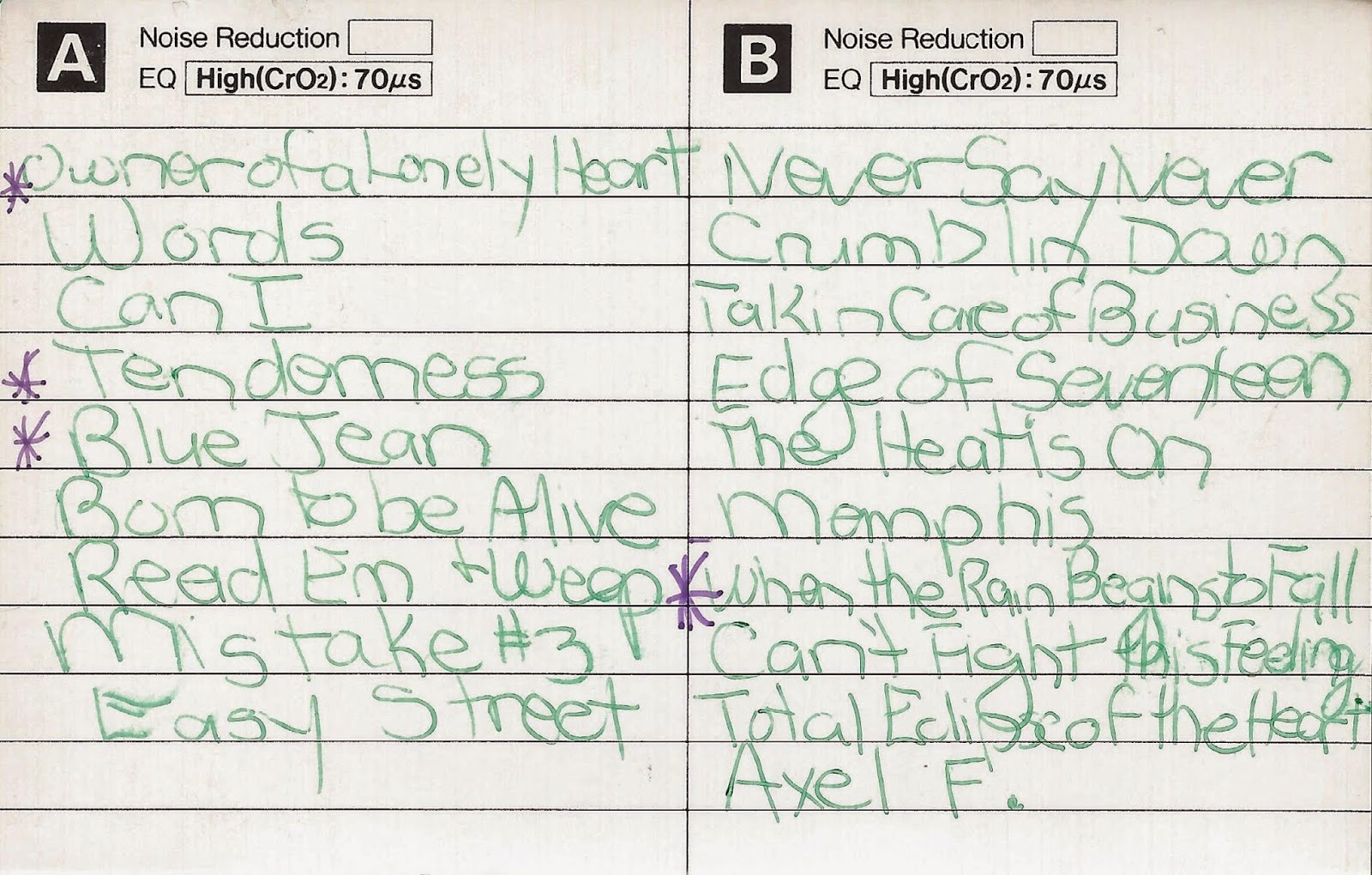 Blasts from the past on tape "K" are Cashmere's "Can I" which mysteriously failed to burn up the charts in 1984 yet still sounds as fresh and vibrant today as it did back then and Joe Jackson's "Memphis" which as derivative as it is, can still cause some spontaneous dancing and shouting around the Hideaway. 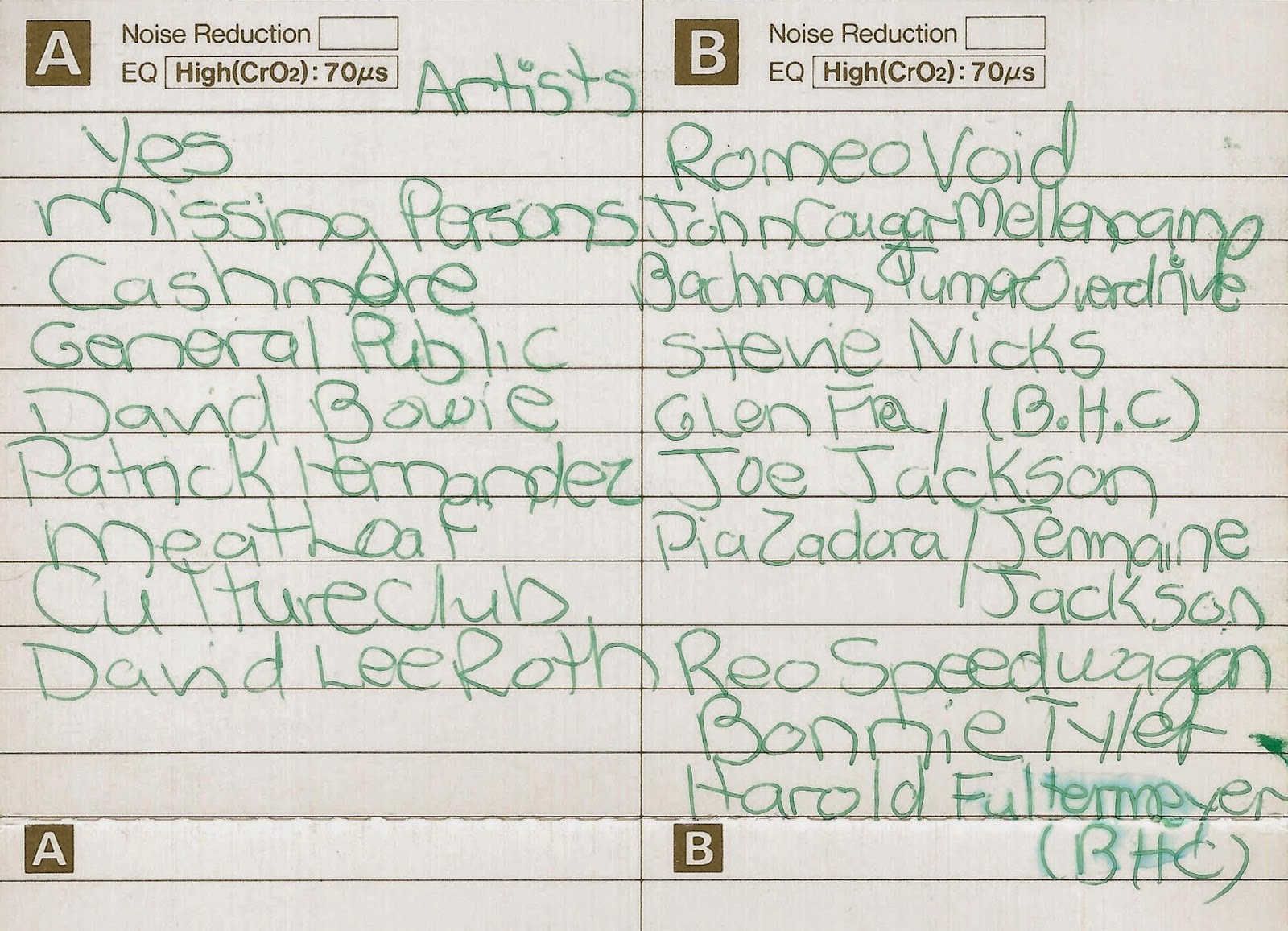 The future MRS. HERC was even courteous enough back then to note that two tracks from the B Side of the tape - Glenn Frey's "The Heat Is On" and Harold Faltermeyer's "Axel F" - were from (B.H.C.) better known as the Beverly Hills Cop soundtrack.  Other popular songs from the soundtrack include "Neutron Dance" by the Pointer Sisters and "New Attitude" by Patti LaBelle.  She also noted the inclusion of four 12" versions though in actuality there are five as noted by the blue splats (*) in the chart below.  (The over six minute version of Cashmere's "Can I" on the tape is the album version.  There is a 12" single for the song though it includes the album version, a slightly shorter "no rap" version and the sub-four minute radio version.)