Yes, tape "C" is missing. (But there is hope: just last week, tape "Z" was rescued and recovered.) So we're moving on to tape "D", the first mixtape in the alphabetical series to feature a bonafide theme: D for dream. Side A is all about the songs found in young HERC's LP collection that had the word "dream" in them. Side B finds HERC returning to the random songs he knows (or hopes) his lady likes. 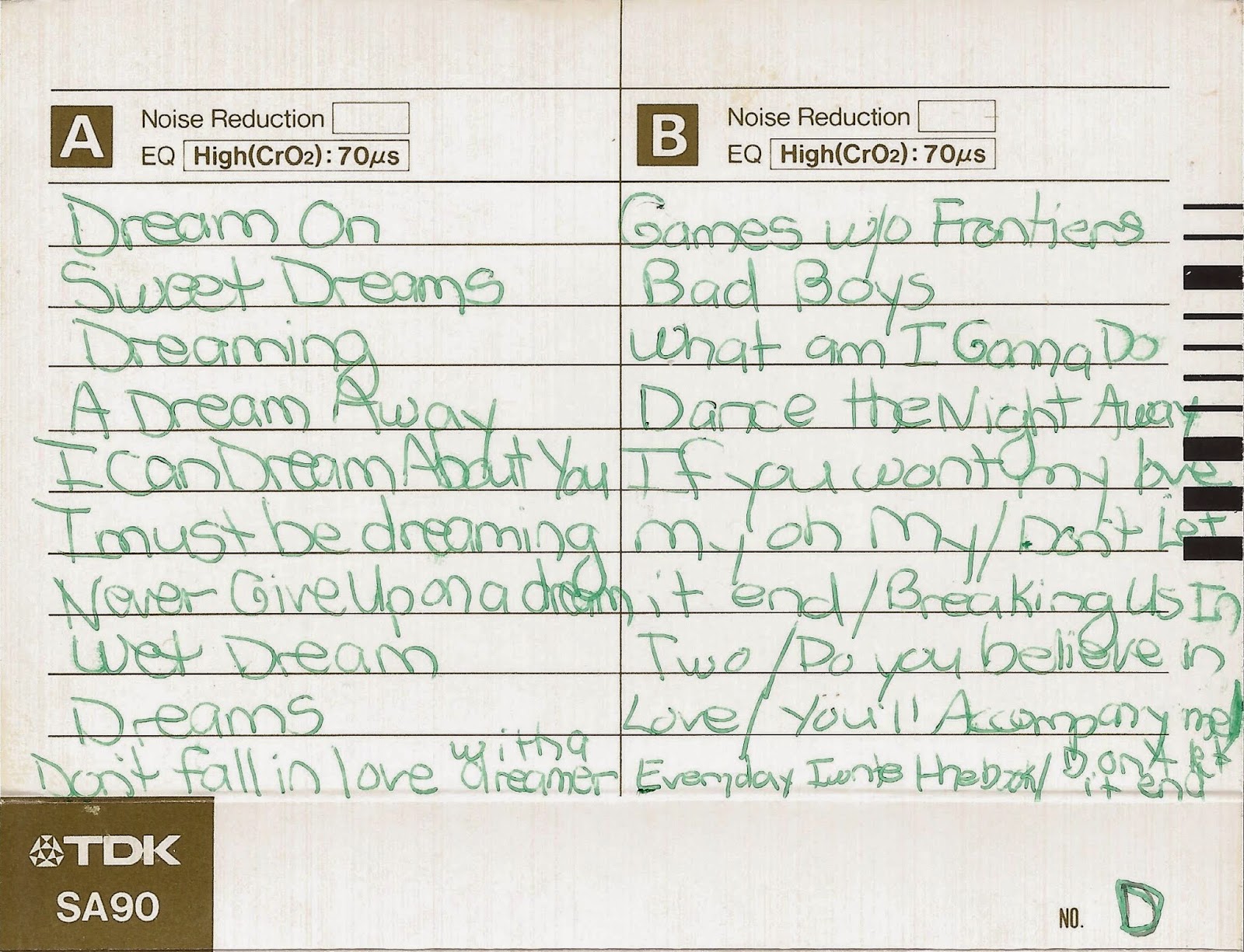 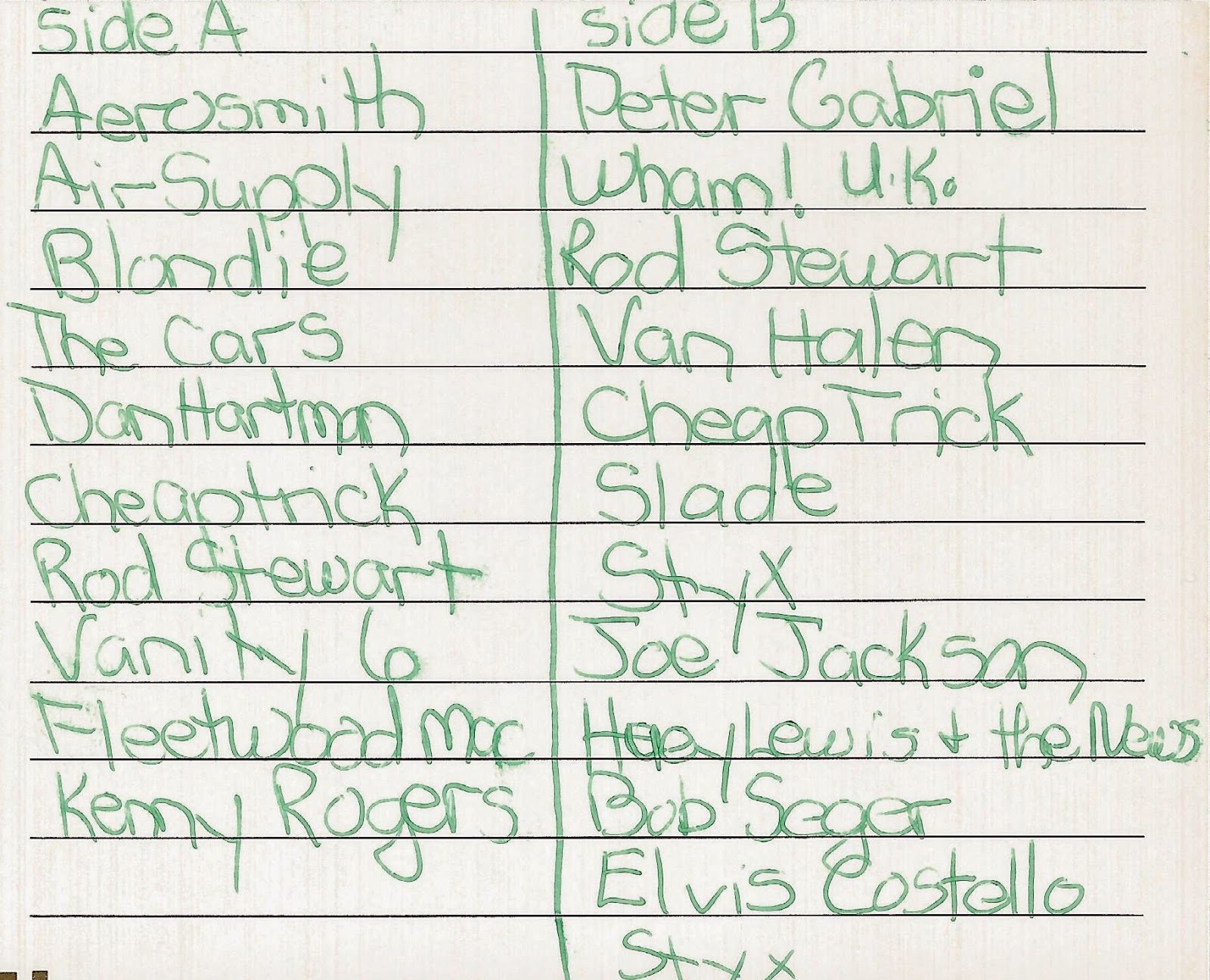 Cheap Trick, Rod Stewart, and Styx each have two songs on the tape though Styx technically has the same song, just a different version.  Bob Seger, Slade, Vanity 6 and Peter Gabriel are non-entities on Spotify so they are missing from playlist above.  Oddly, Wham's "Bad Boys" has been scrubbed from the streaming service as well.  No extended versions or remixes this time out, either.