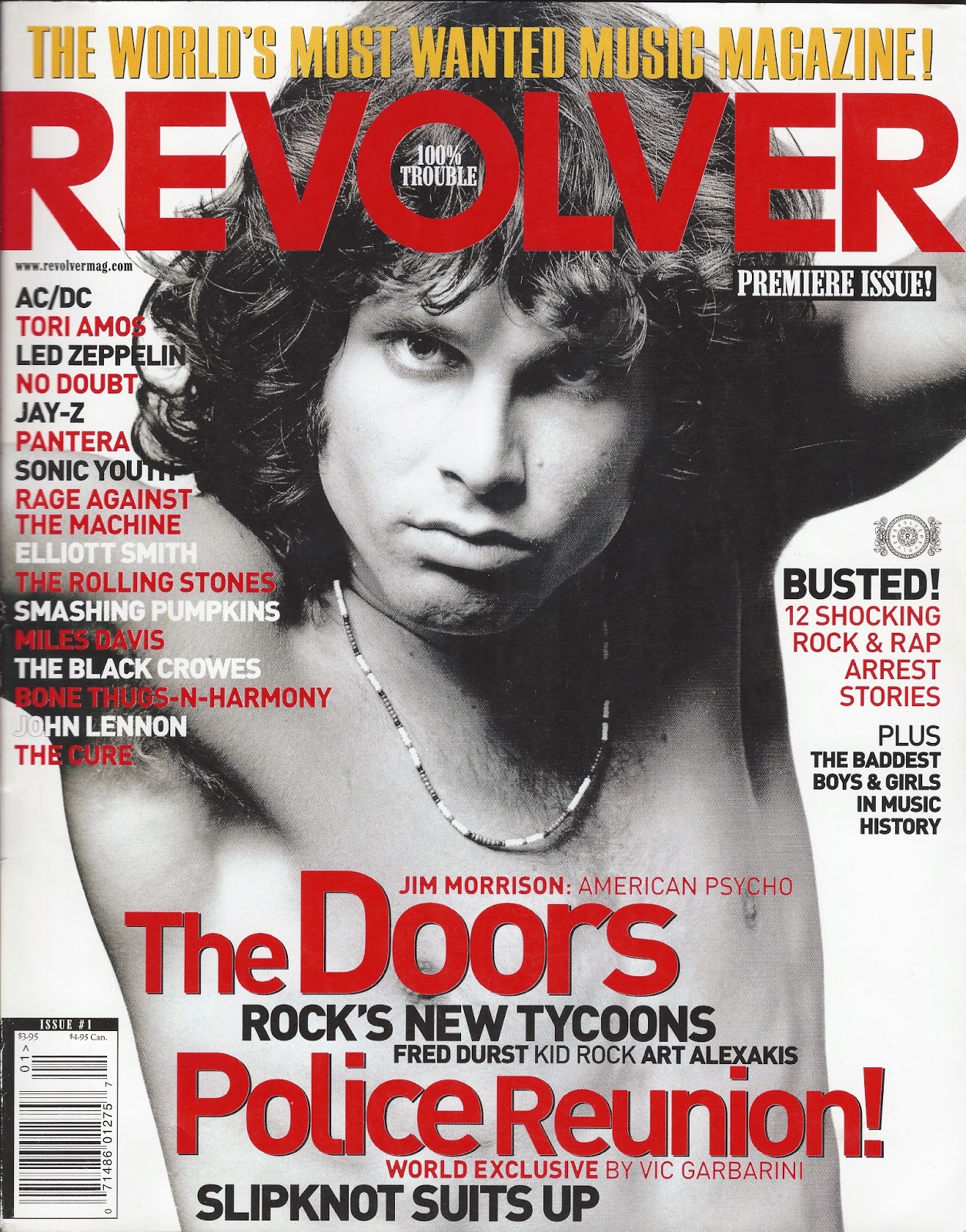 Billing itself somewhat audaciously as THE WORLD'S MOST WANTED MUSIC MAGAZINE!, Revolver appeared on newsstands in the Spring of 2000. In The Letter column from that issue, Editor in Chief Brad Tolinski and Executive Editor Tom Beaujour declare "It's time for a new music magazine." HERC loved the breadth and depth of the articles and features and promptly signed up for their Special Charter Offer - 4 issues for $9.99.  He even photocopied and mailed in the 2000 Revolver Readership Survey. 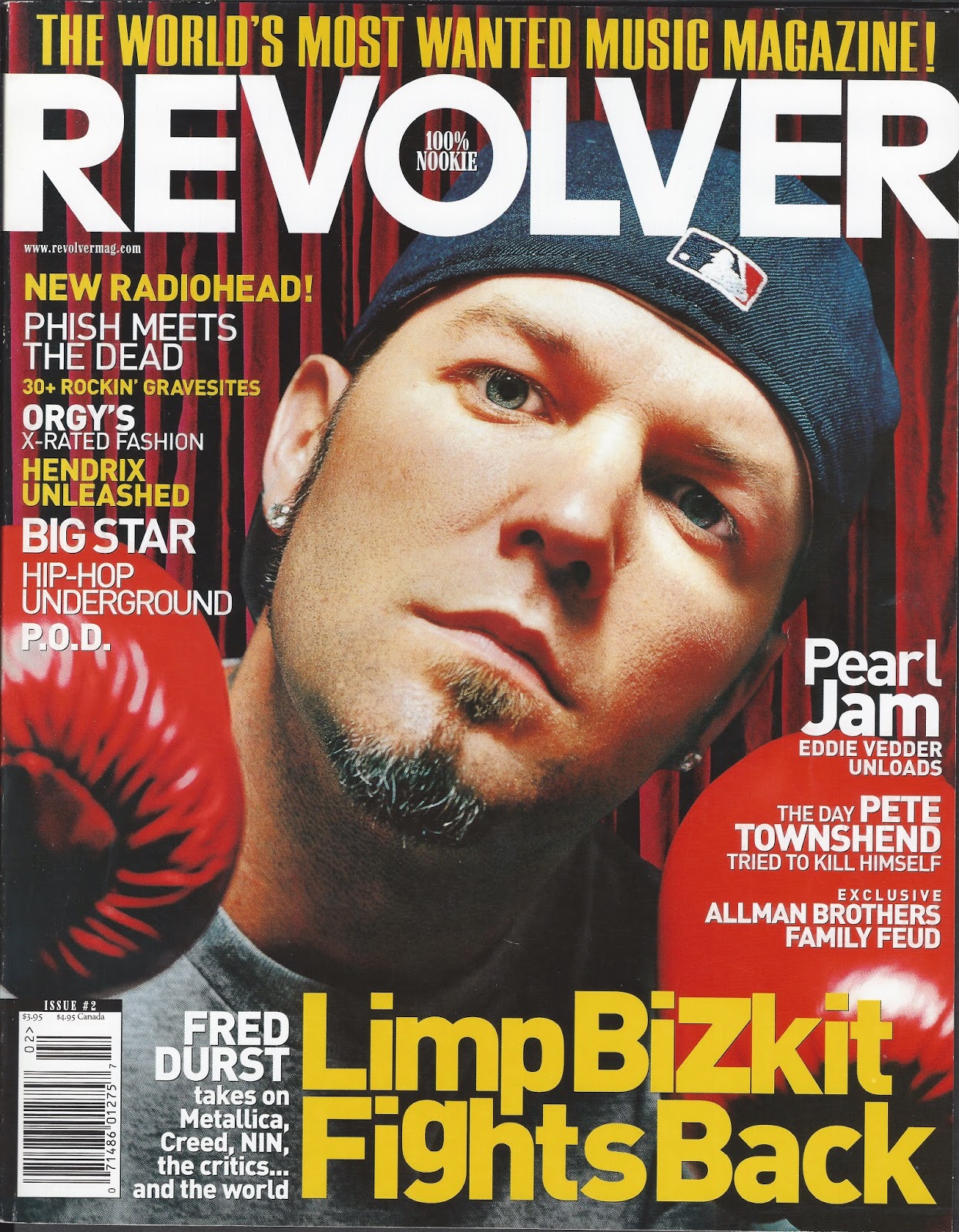 The undated Issue #2 showed up in HERC's mailbox nearly 10 weeks after he had mailed in his subscription card.  (The footer of each page reads Fall 2000.) Even though the cover was an immediate letdown (in the grand scheme of things, Durst isn't even of the same species as Morrison), the second issue continued the wide range coverage of music HERC had so enjoyed from that phenomenal first issue. HERC's favorite feature in the issue was the comprehensive story of Big Star. 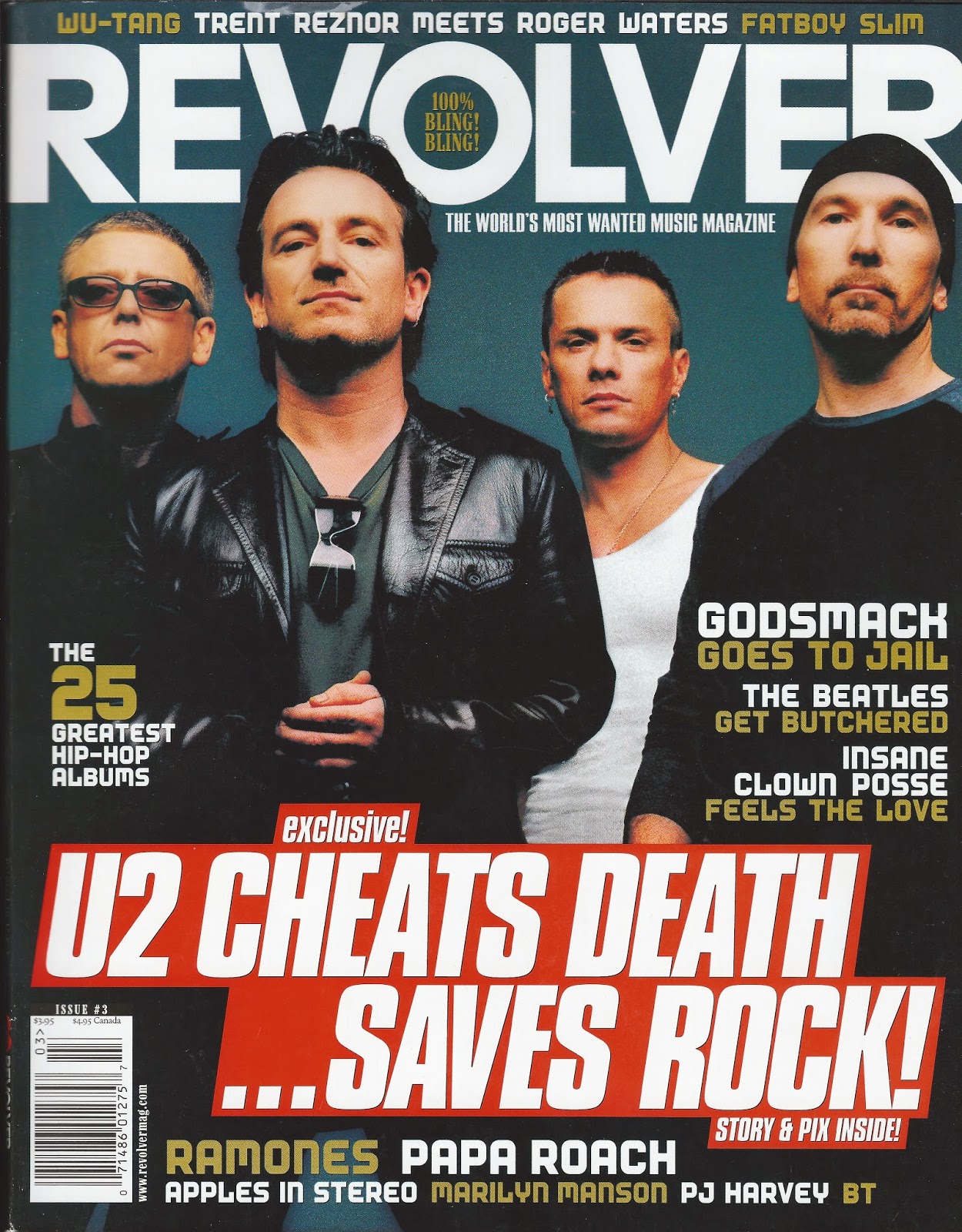 Issue #3 came in the mail in late Fall 2000 and arrived with a yellow change of address label affixed to the cover as HERC and MRS. HERC had just moved into their custom built Hideaway in November of 2000.  The footer of each page reads Winter 2000 for this issue but it is announced that the magazine is going bi-monthly.  Favorite features this time around include a brief one on the return of synthpop spotlighting such new schoolers as De/Vision, Wolfsheim, And One, Apoptygma Berzerk  and VNV Nation; the story of the Ramones as told by Johnny, Joey and Dee Dee and J.D Considine's list of 25 Essential Rap Albums: 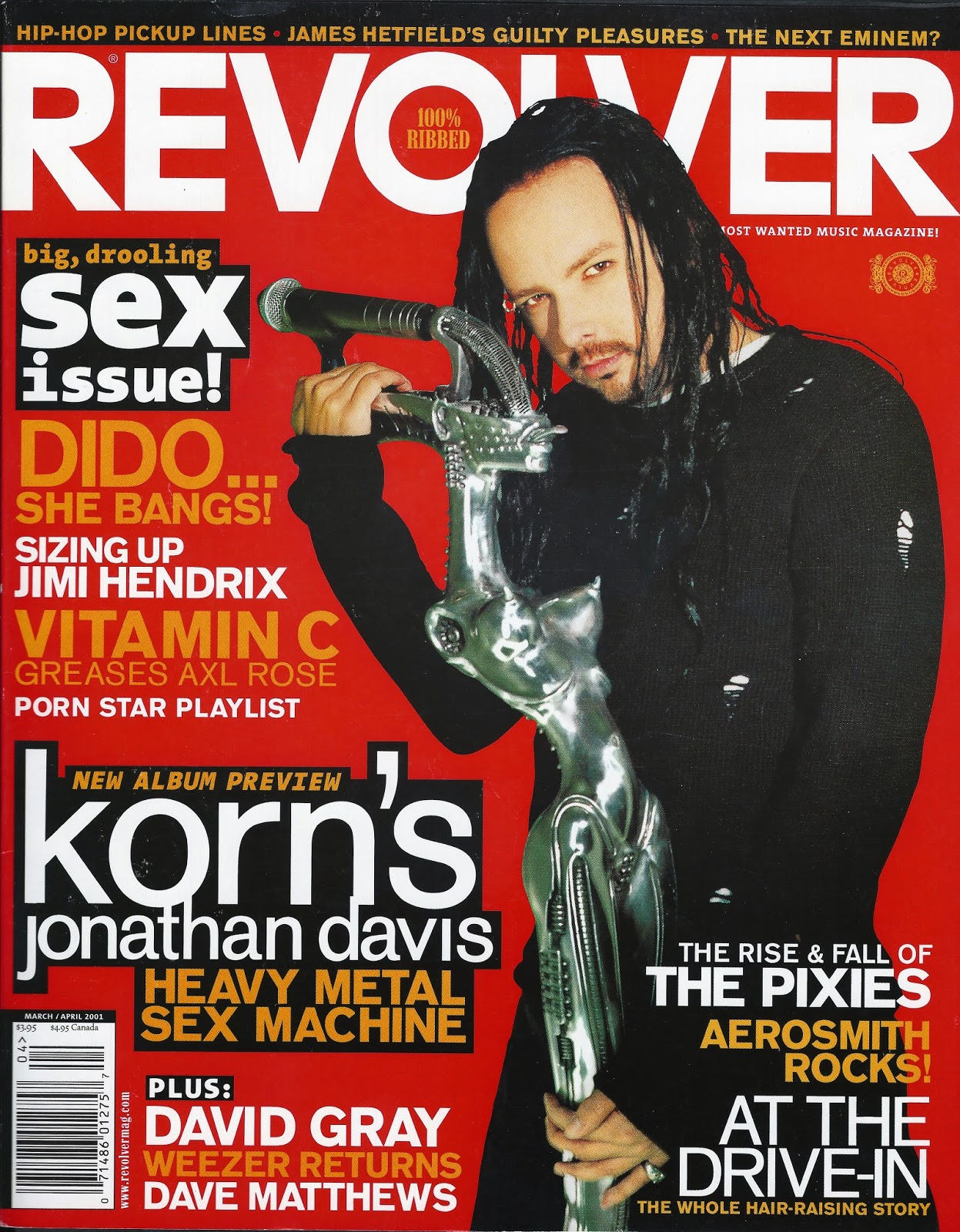 The first of the bi-monthly issues is issue #5, dated March /April 2001.  It was also The Sex Issue though it was fairly lame music wise.  Even flipping through the issue now, HERC found no articles that caught his eye though he did notice this: 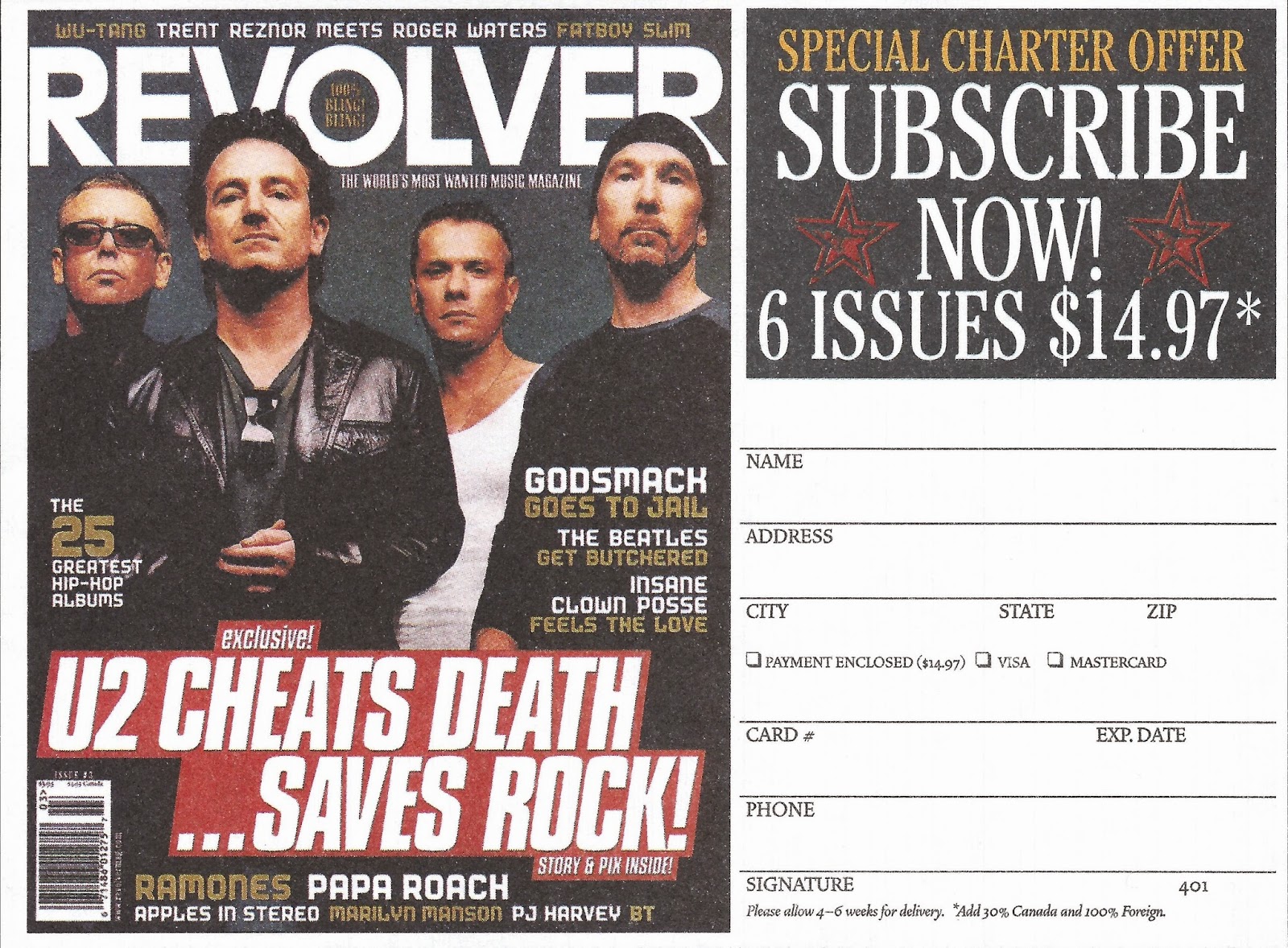 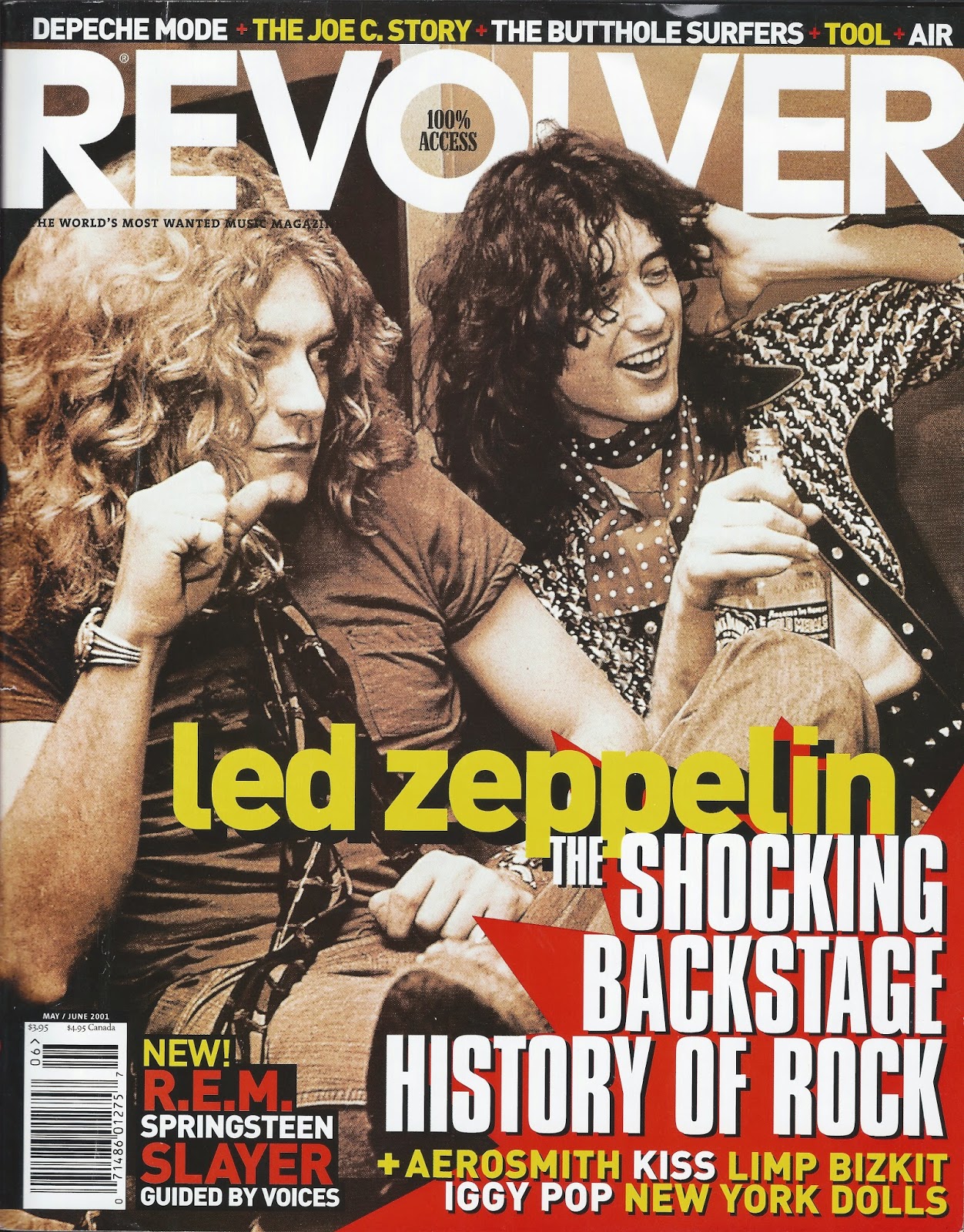 The final issue of HERC's charter, four issue subscription to Revolver came about a year after he first eyed the magazine on a newsstand in a Texas grocery store.  Issue #5 was dated May/June 2001 and once again there was a dearth of interesting features that were a hallmark of those first three issues.  (That being said, there is an interesting article entitled Full Tilt Boogie that "chronicles the long and sometimes bumpy relationship between pop music and pinball.")  There are noticeable changes in the layout and design of the magazine including an absence of the previous five star rating system for album reviews in what was now being called Critical Graffiti.  Nevertheless, upon noting the blow-in card below, offering the magic $1/issue subscription rate, HERC re-upped with high hopes for future issues. 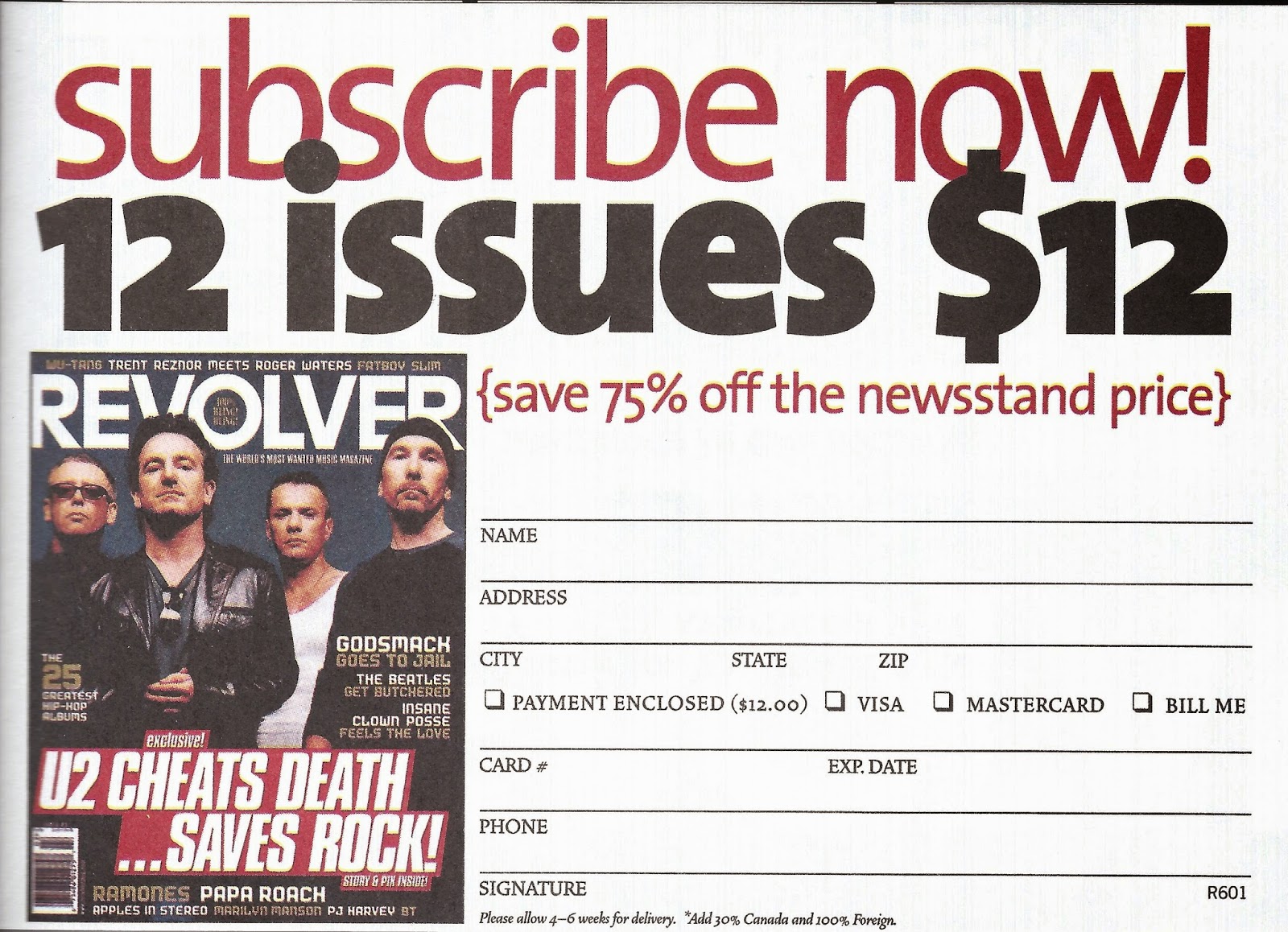 When the first issue of the newly-extended subscription arrived, HERC was crushed and incensed and just plain pissed.  He wrote a letter, sent an email and returned the issue to the publisher, demanding a full and immediate refund of his $12 as the magazine he had subscribed to was not the magazine he had received.  The check arrived three weeks later.  What went wrong?  Thirteen years later, the magazine still exists though it has changed owners and the single issue price is $7 though a year (six issue) subscription can be had for just $10.  Below is an image of the latest issue's cover: 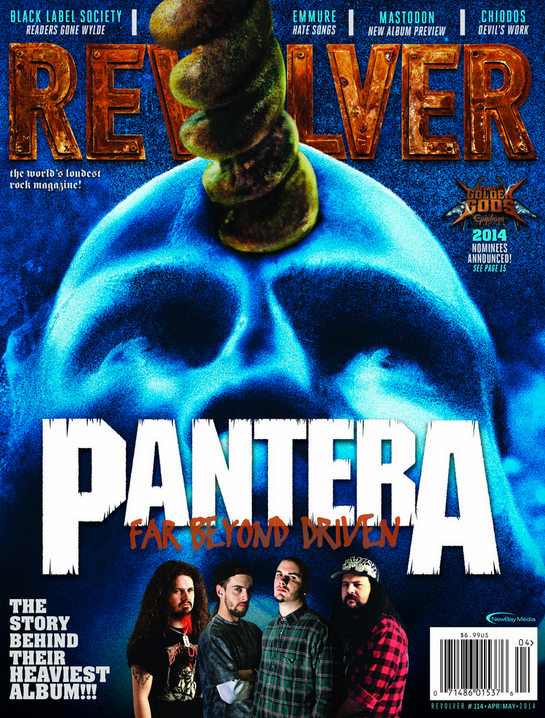 Revolver went all metal, all the time with their sixth issue (they are now at #114) and then as now they now bill themselves as "the world's loudest rock magazine!" (lower case is their doing not HERC's)  And while HERC has never had no kick against modern jazz er metal (unless they try to play it too darn fast), he has no interest in a magazine that explored every tattooed and pierced group of guys that ever picked up a guitar.  (For the record, HERC is a huge fan of Pantera's music and their album Far Beyond Driven.)  The magazine he had fallen in love with was gone for good though he has managed to hang on to those first five issues.