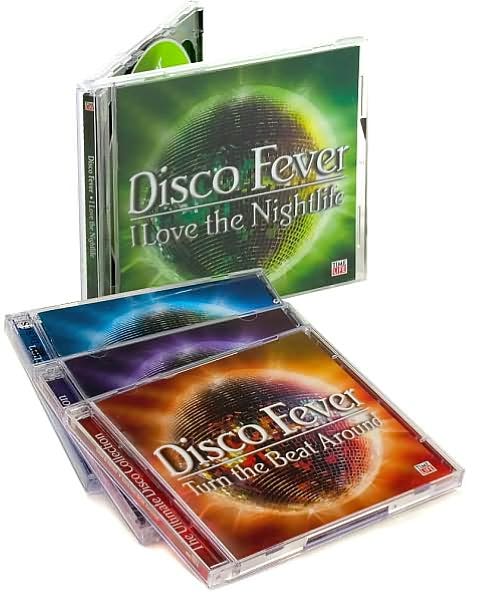 
Pictured below are the discs from We Love The Nightlife next to their Disco Fever doppelgangers: 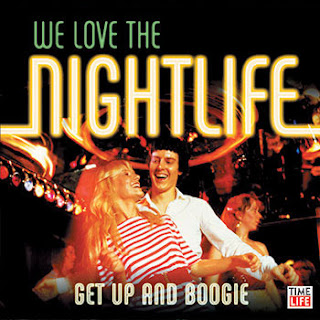 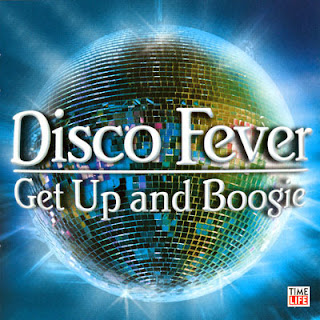 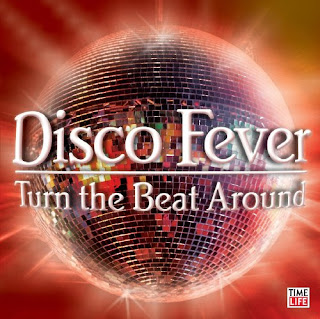 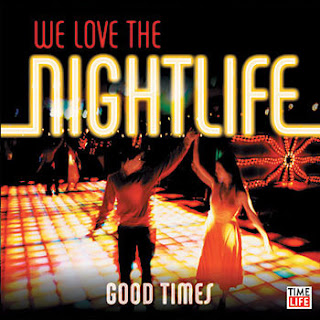 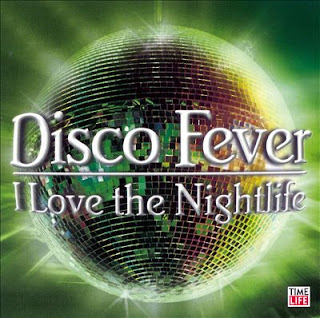 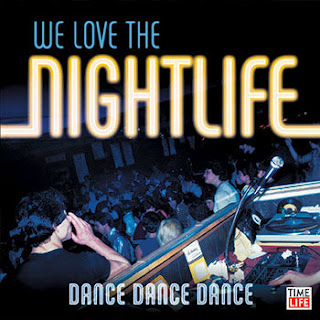 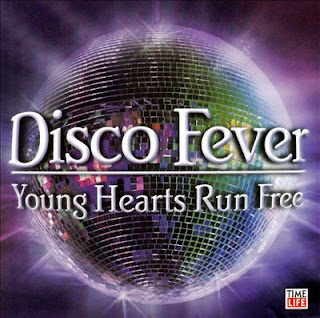 HERC's M!X for We Love The Nightlife / Disco Fever

But there's more to the Disco Fever collection than just the four double CD albums pictured above. Five single discs were issued as well: 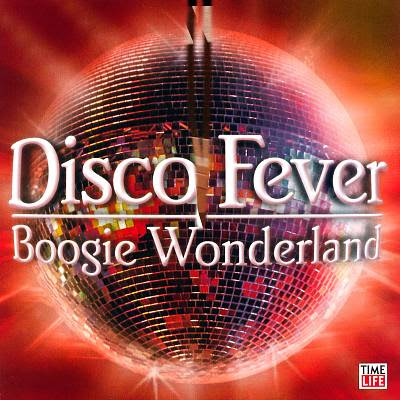 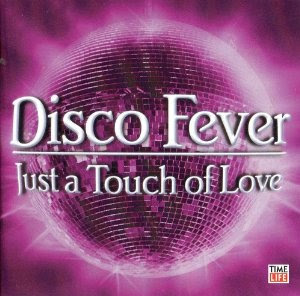 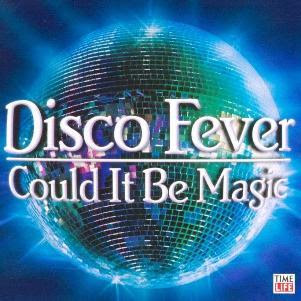 In 2006, Time-Life was still issuing music collections for international markets as well and the four international volumes of Disco Fever (below) have slightly different track listings than their U.S. brethren. 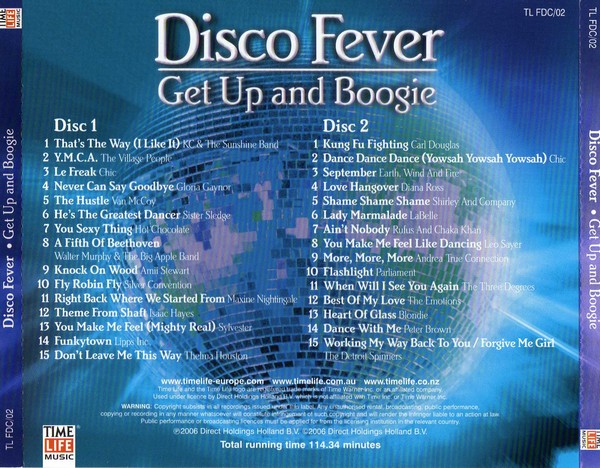 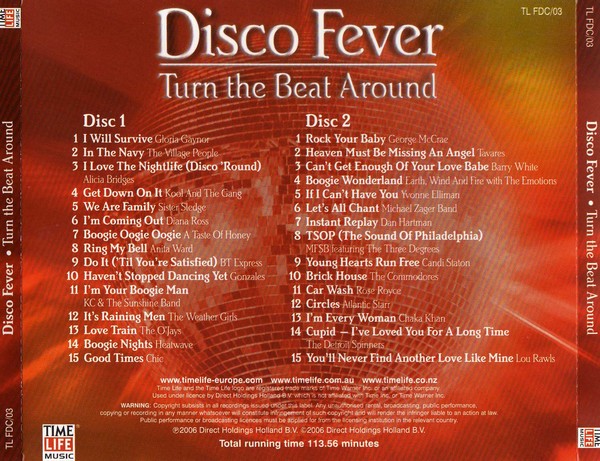 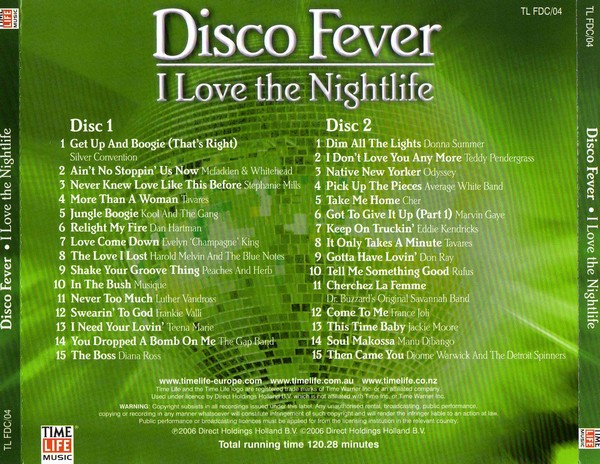 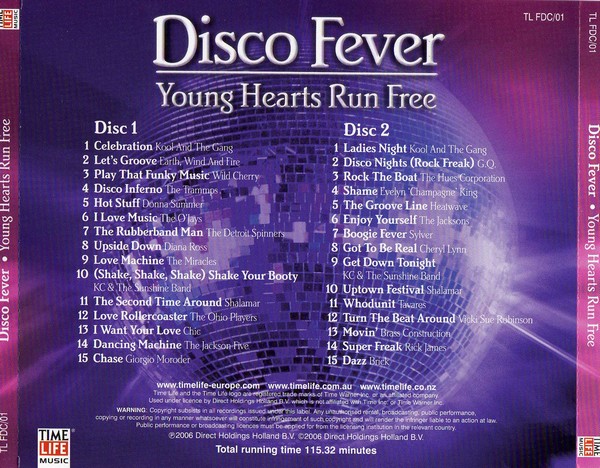