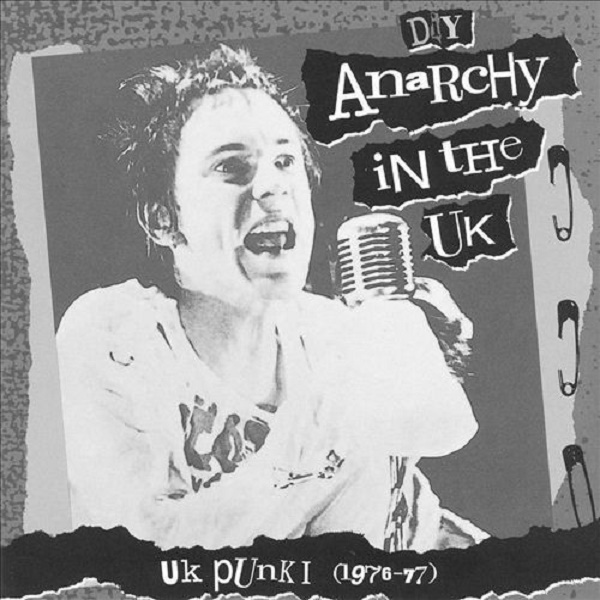 The first of nine(!) volumes in Rhino's DIY series, their outstanding chronicle of Punk, Power Pop and New Wave music, is Anarchy In The UK - UK Punk 1976-1977. (Released in January 1993, the CD has 19 tracks while the even more punk cassette has only 14.) Hardcore fans of punk would have already had most of these songs on their shelves so it seems that the series is aimed at music fans like me who were otherwise musically-occupied during 1976-1977 and wondering what all the fuss was about. 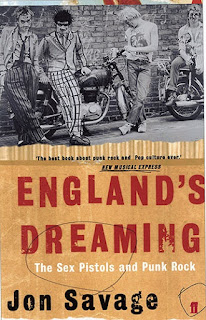 Punk scene chronicler Jon Savage's twelve pages of liner notes connect the dots between the whos, the wheres, and the whys of a surprisingly brief but undeniably huge moment in rock and roll history but it is the raw music, all spit & no polish, that speaks volumes, much like Johnny Rotten's still-punk-after-all-these-years reply to the Rock And Roll Hall Of Fame upon learning of their induction a few years back: 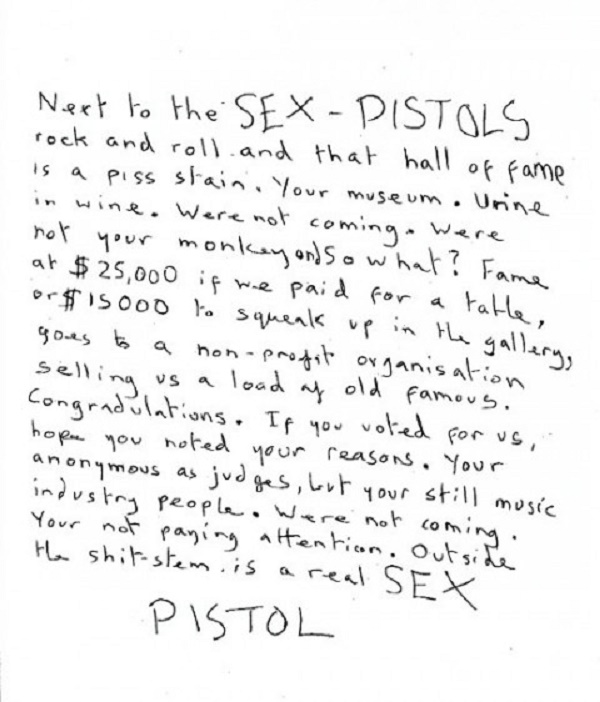 If I had to find fault with this disc, it would be the inclusion of the demo versions of two essential songs from the poster-boys of UK punk, the infamous Sex Pistols, instead of their studio versions. I get that demo or live versions are more "punk" than a produced studio track but why not both? And another thing, there are at least six different demo versions of "Anarchy In The UK" in circulation so why this version? Was it the first one? The last one? The best one? More than likely it was the only one they could clear. Then, on the second-to-last page of the fourteen-page booklet, following the tracklist but before the disc's credits on the next page, it says:

Due to licensing restrictions, recordings of The Clash were unavailable for inclusion on this collection.

That is my second and last complaint about Anarchy In The UK - Punk Rock I (1976-1977). It is a great single-disc introduction to the UK punk scene and I'm excited to hear what the other eight discs in the DIY series have to offer. Compiled and produced for release by Gary Stewart with Bill Inglot handling the mastering so these songs have never sounded better which I realize may not necessarily be a plus for some true believers. 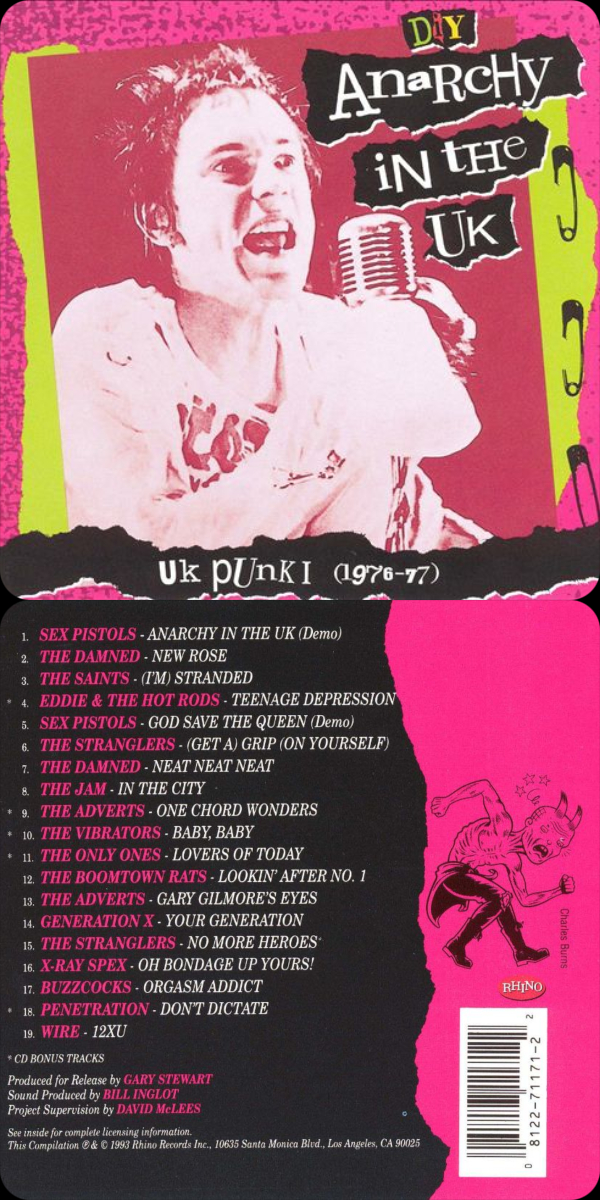