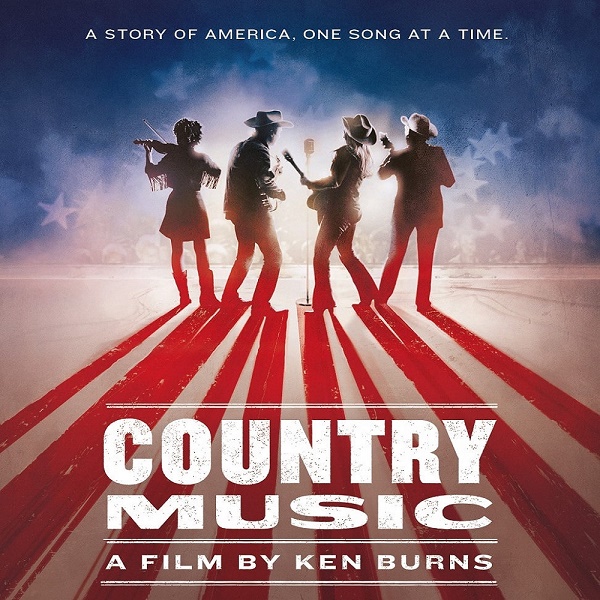 As those of us who are interested in such things await the September 15, 2019, debut of the latest historical epic narrated by Peter Coyote, I've been deep-diving into the songs and artists that will undoubtedly be featured in Country Music: A Film By Ken Burns. Today, we're spinning Columbia Country Classics, a five-disc series all the more impressive as it was mined exclusively from Columbia's expansive tape vaults and yet it still provides a thoroughly comprehensive overview of the country music genre from 1935-1987. After a glut of rock and soul box sets and compilations, this series was one of the first of its kind when it was released in 1990. Compiled by Gregg Gelman, each volume (disc or tape) in Columbia Country Classics focuses on a single development in the evolution of the genre, as it left the porch and parlor of the old homestead for the bright lights of the big city. 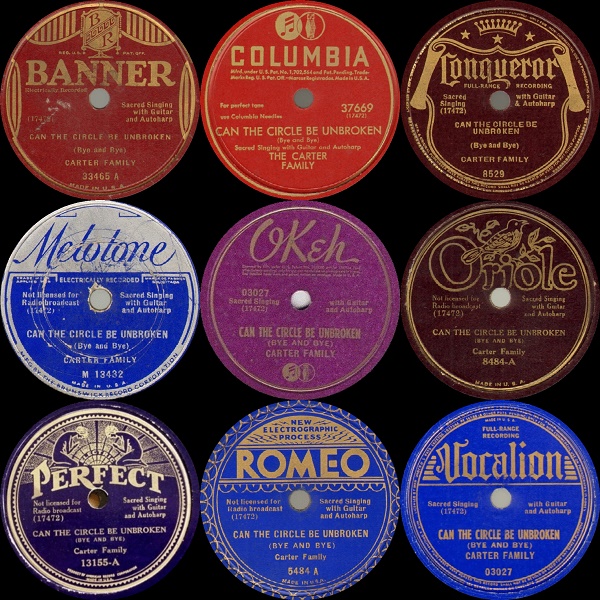 There is something about the voices, the lyrics and sparse instrumentation found on the Carter Family's seminal 1935 recording of "Can The Circle Be Unbroken (By and By)", a country rewrite of the gospel hymn "Will The Circle Be Unbroken?", that transcends the primitive recording technology used to capture it for posterity that speaks to my soul in ways I cannot begin to understand. Tiny bolts of energy shoot down my spine and spread through my limbs when I listen to it. (Is that you, Lord, wiring directly into my soul?) It makes me feel alive like only a few songs do and while I absolutely love the original Carter Family recording, it is the rendition of the song that appears on the Nitty Gritty Dirt Band's Will The Circle Be Unbroken album from 1972 that gets to me the most as it features the vocals of "Mother" Maybelle Carter, who sang on the original recording with her husband's brother, A.P., and her cousin, Sara. Maybelle's voice reminds me of my maternal grandmother's voice as she would hum and sing to herself while doing dishes or folding clothes or during our long walks around the small towns where she lived. 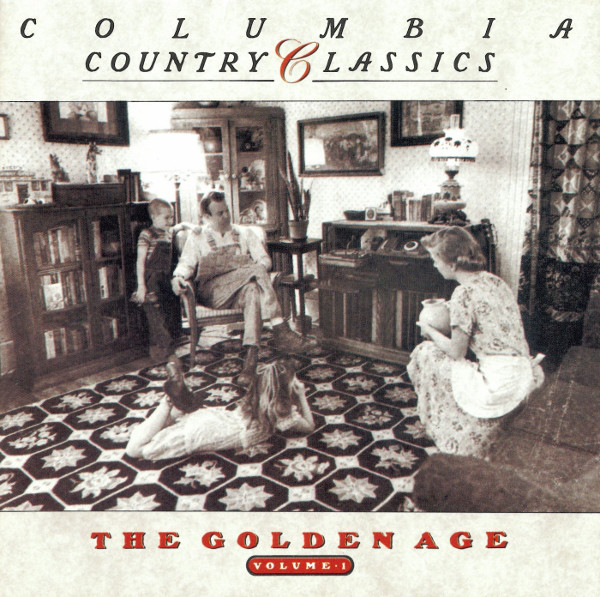 The Carter Family's "Can The Circle Be Unbroken (Bye and Bye)" (sic) is the first track on The Golden Age, Volume 1 of Columbia Country Classics. The Golden Age covers the rising popularity of the genre in 27 tracks dating from 1935 up through 1953. Gene Autry, Roy Acuff, Bob Wills, and Molly O'Day are all represented by three or more tracks on the compilation. 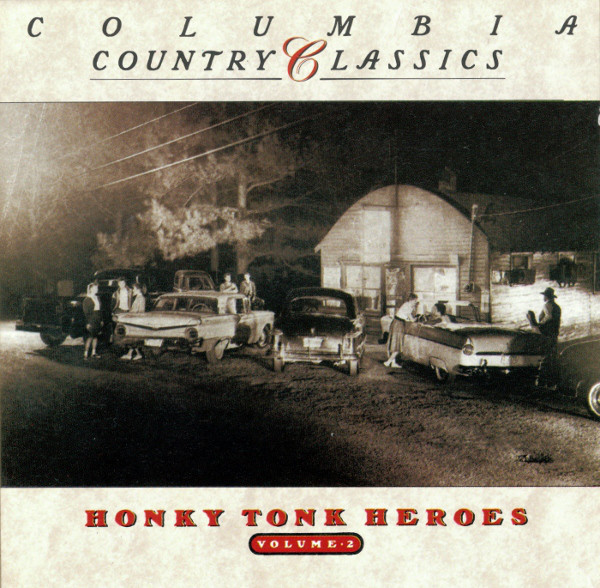 Columbia Country Classics Volume 2, Honky Tonk Heroes, covers 1946-1962 as the sound moved from the high lonesome rural sound of bluegrass and gospel to the shuffling rockabilly sounds of the local watering hole. Rising stars (and future legends) on the recording roster of Columbia and its affiliated labels at this time included Floyd Tillman, Carl Smith, Lefty Frizzell, Ray Price, and Marty Robbins. It is Frizzell's unique (and influential) way of stretching the syllables of words in his lyrics that I most enjoy. 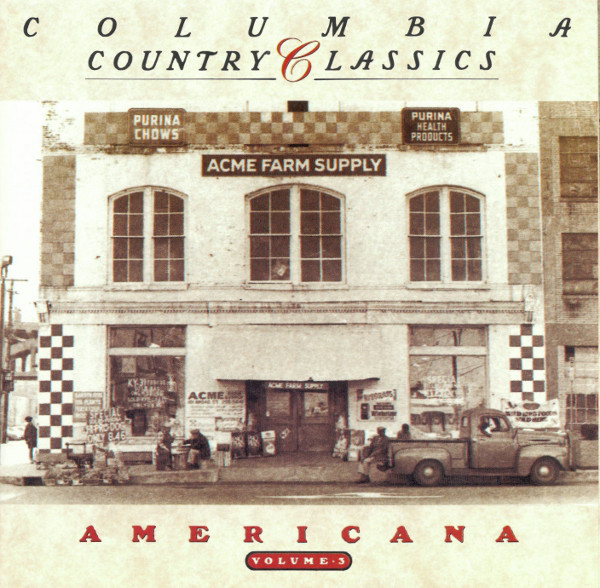 The third volume in the series is Americana and features great story songs from Cash, Robbins, Frizzell, Haggard, and Willie that stretch from 1954 all the way up through 1984's supergroup The Highwaymen. Most of these songs rank among my favorites though my newest favorite is Tommy Collins and his playful "If You Can't Bite, Don't Growl" from 1965 which I first remember hearing while showering in my folks' house in 2015. (What? You don't listen to music while showering? How on Earth do you make it through your day?) My Dad had just passed and I was in town to comfort Mom, handle whatever needed to be handled and really didn't want to listen to music for fear of attaching the sadness I was feeling at the time to any particular song. After a few days or weeks, I really can't say now, I took my phone into the bathroom with me, hit Play, hopped in the shower and "If You Can't Bite, Don't Growl" came on and the embargo was over, I instantly felt better. Would have loved to have listened to the song with Dad and gotten his insights on it. Maybe he'd like it, maybe he wouldn't. 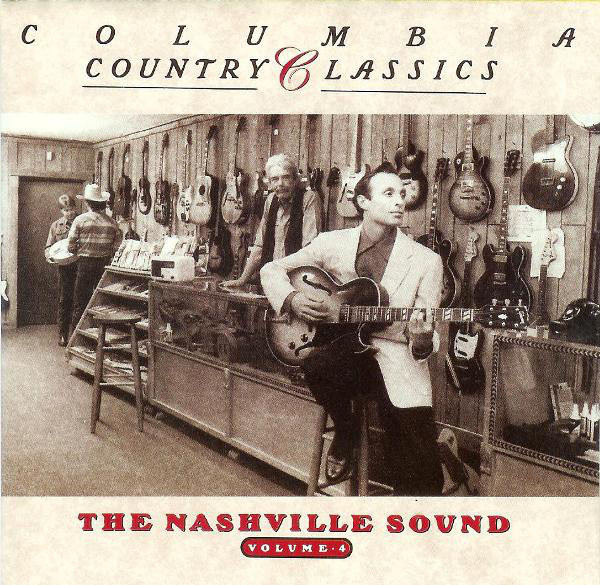 The Nashville Sound is the fourth album in the series and tracks the genre across 26 songs as it shed most of its rural affectations for a more smooth and polished even orchestrated sound, variously called Countrypolitan or The Nashville Sound. George Jones and Charlie Rich found new success with the format and while The Silver Fox was able to find pop crossover success, The Possum stayed Country. My favorite track on The Nashville Sound is 1971's "She's All I Got" from Johnny Paycheck. To me, it sounds like the predecessor to Dolly's immortal "Jolene" (1974), sung from a male viewpoint. (Bonus trivia: "She's All I Got" was co-written by none other than Gary U.S. Bonds.) The music is strangely upbeat for the subject matter but I used to hear both tracks frequently, often back to back, on the legendary Cow Talk Jukebox. 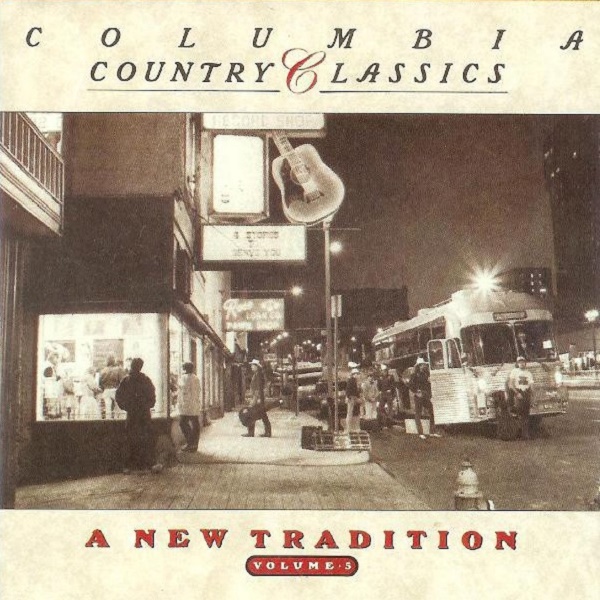 The fifth and final compilation in the Columbia Country Classics series is A New Tradition, representing the return of country music to its rural roots while retaining some of the spit and polish of The Nashville Sound. While I consider myself a big fan of The New Traditionalists, almost none of my favorite artists were signed to Columbia so they are nowhere to be found. Dylan appears for the first and only time in the series on this disc as do the country rockers The Byrds and Poco. Cash, Willie, Hag, and Marty return for their final appearances in the series but it is George Jones and "He Stopped Loving Her Today" that is my favorite track on the album. It is as pure a distillation of country music that has ever been written and recorded and if you squint your ears just a bit, you can hear the circle continuing on as unbroken as ever. 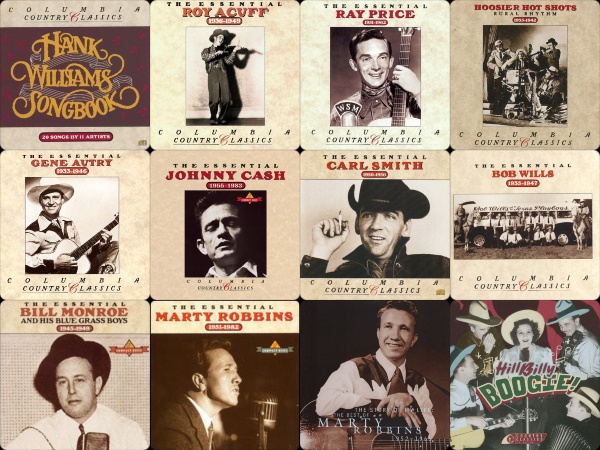 Legacy/Columbia continued to put out single discs and box sets devoted to single artists under the Columbia Country Classics imprint through 1991 and 1992 with two final discs devoted to Marty Robins and The Gatlin Brothers (not pictured) coming in 1996. A disc of Hank Williams covers and the delightful Hillbilly Boogie! were the only two various artist compilations issued after the five-volume Columbia Country Classics series covered above.