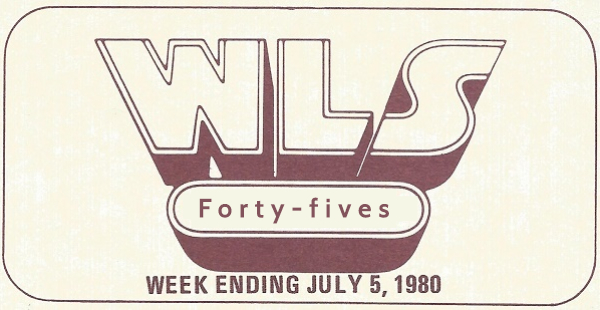 We went on and on (more than 1500 words!) about the albums featured on the Thirty-threes part of the WLS Music Survey dated July 5, 1980, a couple of days ago and after a quick holiday break, we are back to look at the rest of that survey, including the Bio, Lyrics aka Etcetera, Etc. and, of course, the Forty-fives. 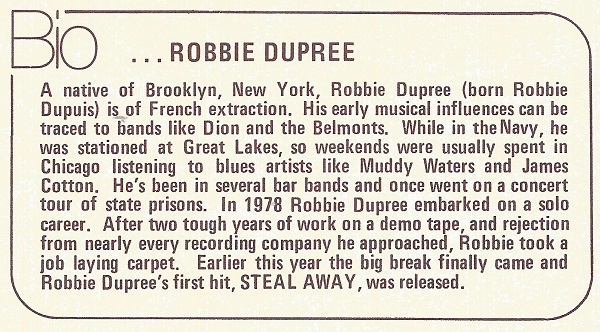 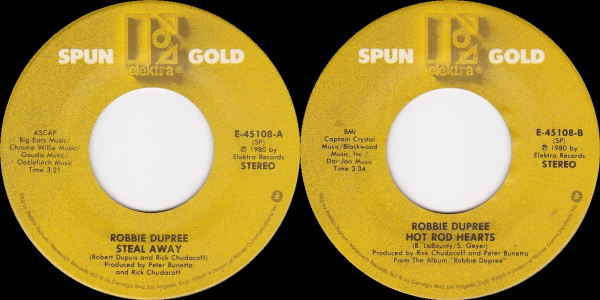 Big fan of Robbie Dupree's first album and the two songs pictured above, conveniently placed on one 45 a few years later for collectors and jukebox dreamers like me. His smooth yet soulful delivery - a less gruff Michael McDonald sound - makes him an easy listen. Record label hassles after his first two albums in the Eighties put the brakes on any momentum Dupree's career had going but he began releasing albums again as the Nineties dawned. Recently discovered that he played in a band called New World Rising with Nile Rodgers early in both of their careers (which is like finding out Rick James was in a band with Neil Young, if you ask me) and that he had recorded his debut album in Spanish as well as English - "Hot Rod Hearts" translates as "Autos de Amor". On the list of Forty-fives, "Steal Away" would peak at number 4 in two weeks. For now, it was still climbing, from 13 to 7 this week. 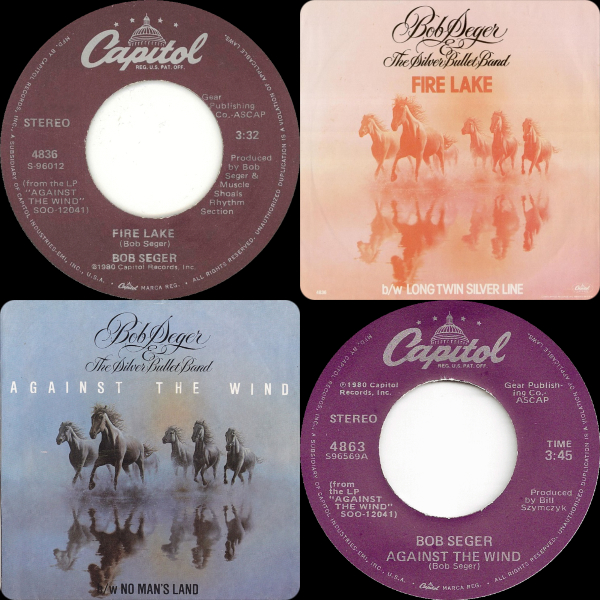 Bob Seger is one of three artists to have two singles on this week's list of Forty-fives. "Against The Wind" was heading up the chart, moving up from 9 to 6 on its way to a peaking at number 4 the following week. The equally somber "Fire Lake" was moseying down the list, having peaked at number 6 some eight weeks back and was down four to number 30 this week. The parent album Against The Wind sat at number 2 for the week after peaking at Number One for six weeks earlier in the summer. The lyrics to "Fire Lake" are featured on the reverse of this week's survey. 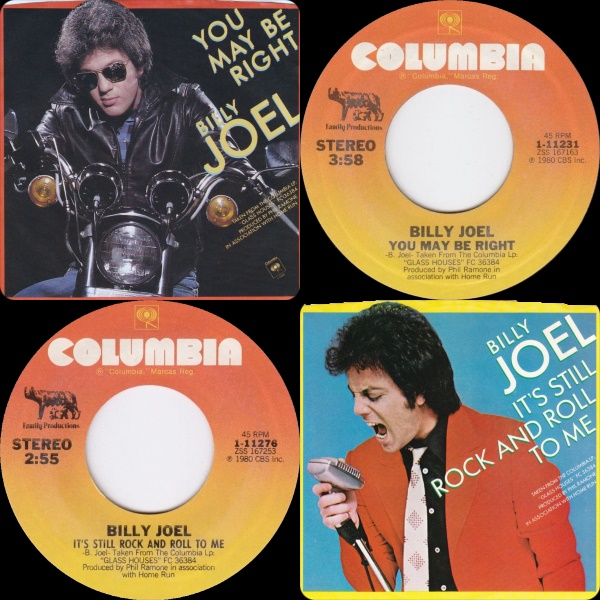 The second artist to have two singles on the July 5, 1980, Forty-fives chart is Billy Joel. (He also has the Number One on the list of Thirty-threes this week with Glass Houses.) Losing one spot from last week, "You May Be Right" drops to 13, after peaking at number 10 back in mid-May. On an opposite trajectory, "It's Still Rock And Roll To Me" moves up from 5 to 3 on its way to Number One three weeks later. 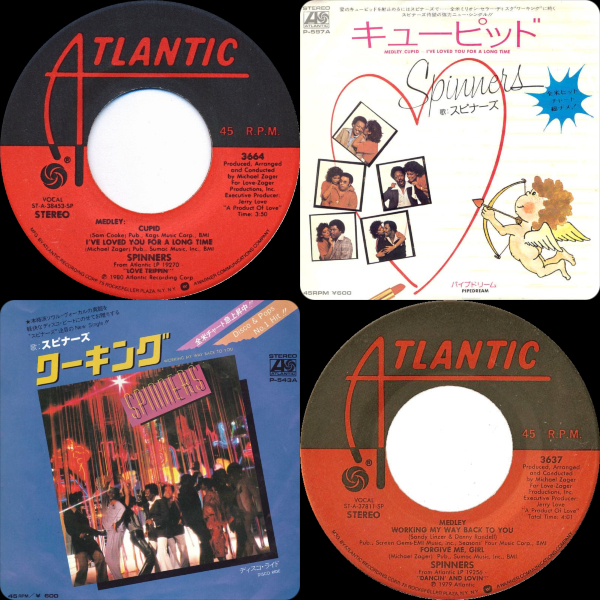 The Spinners are the third act to land two singles on the Forty-fives chart this week though I suppose you could say they had four songs on the list as both singles are medleys. "Working My Way Back To You"/"Forgive Me Girl" had peaked at number 3 in April and was working its way down the chart to number 38 this week. "Cupid"/"I've Loved You For A Long Time" is the week's biggest mover, rising up thirteen spots to number 32 this week. It would not rise as high as their previous single, ending up at number 12 later in August. 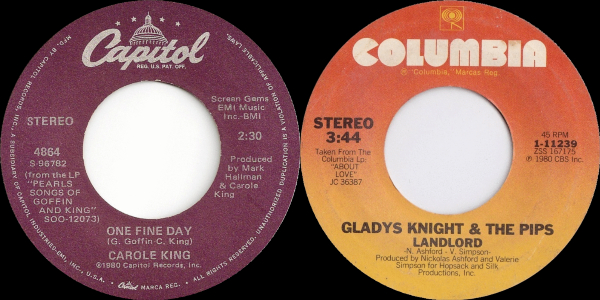 Two of this week's four debut singles are Carole King's "One Fine Day" (#39) and "Landlord" (#45) by Gladys Knight & the Pips, the latter being the only song I did not recognize and had to pull up for a quick listen. King would peak at number 18 in an eleven-week stay on the Forty-fives chart while Knight would stall at number 34 in an eight-week bid. Each single would be the only single to make WLS's Forty-five's list by their respective artist in the Eighties. 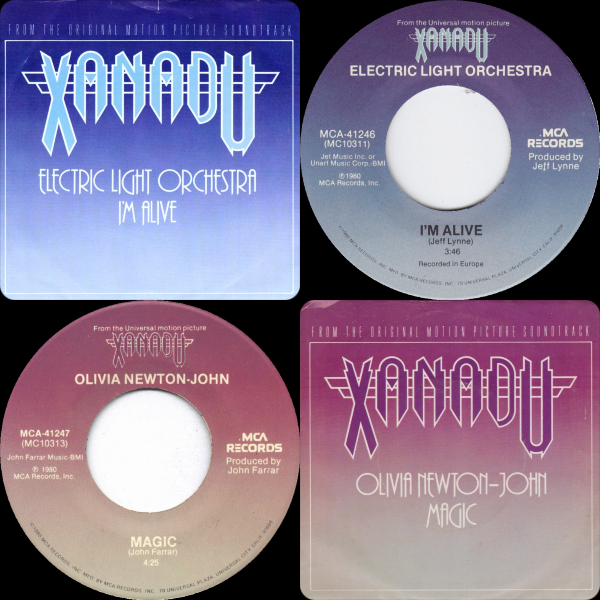 The other two chart debuts happen to be from the same album, the soundtrack album to the film Xanadu. Coming in at number 44 is Electric Light Orchestra's "I'm Alive" which would eventually peak at number 26 in August. Olivia Newton-John entered the Forty-fives chart at number 40 with the magnificence of "Magic" and would top the ranked singles list seven weeks later for five weeks in a row. (I know it was my favorite song for at least a couple of those weeks.) Both of these 45s featured non-album B-sides heard in the film. 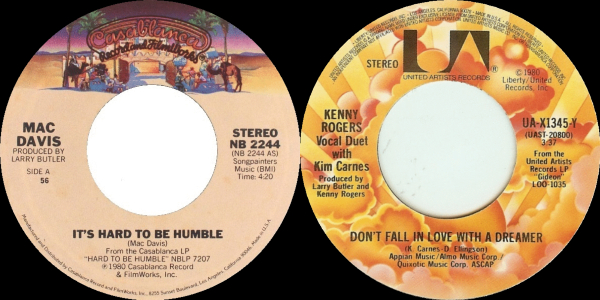 Producer Larry Butler had two 45s on the Forty-fives list, at numbers 23 and 14. "It's Hard To Be Humble" was a novelty record recorded live by Mac Davis and released as his first single on Casablanca Records. At number 23 this week, it was on its way down from a peak of number 15 back in May. At number 14 for a second week in a row is Sweet Kenny Rogers with "Don't Fall In Love With A Dreamer", a duet with Kim Carnes, who also co-wrote the song. Their duet had reached number 7 back in May and was slowly sliding down the chart. These two just might be the only country crossover singles on the chart this week. 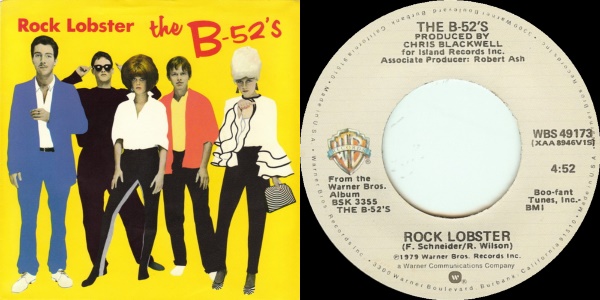 Probably the most unique single on the Forty-fives chart this week is "Rock Lobster" by The B-52's at number 26. The song spent three months on the chart, peaked at number 20 back in June and if nothing else paved the way for Devo's similarly unique "Whip It" to have an astounding thirty-six-week chart run beginning later in the year. 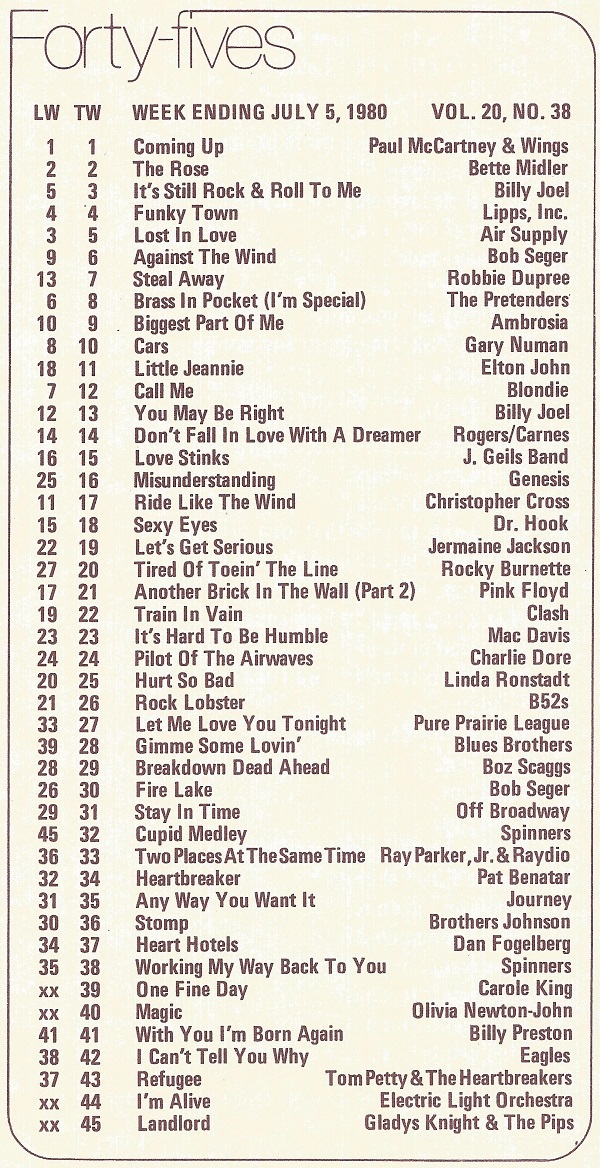 Definitely one of the most solid, hit-packed surveys we've reviewed here at The Hideaway, the WLS survey dated July 5, 1980, is also one of the few not represented by a scanned image on the wonderful ARSA database, so here you go interwebs! 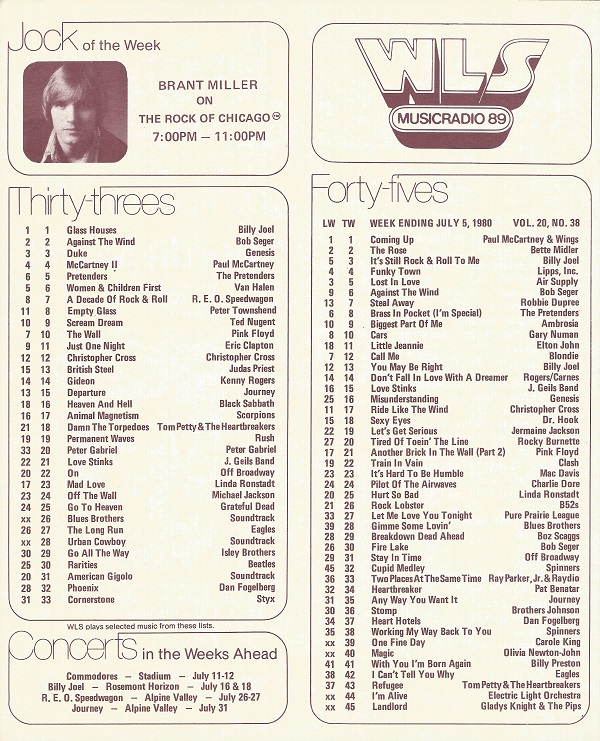 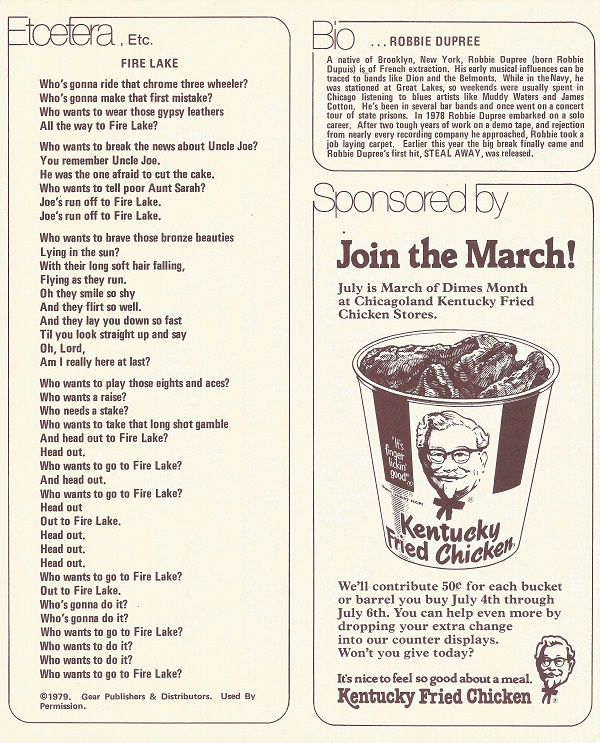 To see what the Top 10 Singles were on the Billboard, Record World and Cash Box pop charts the week before July 5, 1980, and read exclusive MFD meta-analysis of said charts, head on over to this post at 1976-1985: My Favorite Decade.