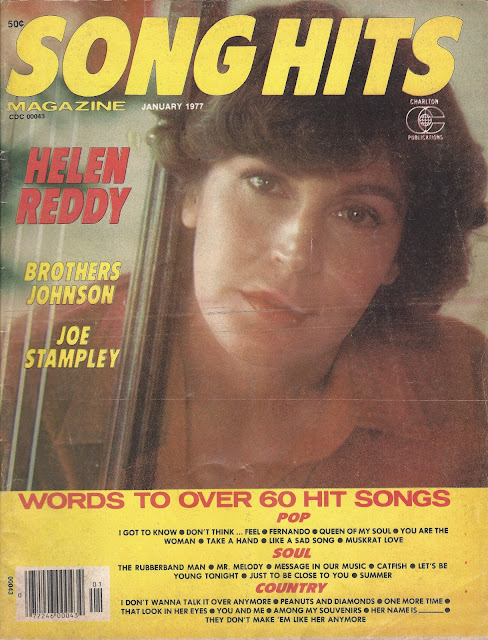 Almost a year to the day since our first one, we're back with another Mixtape Monday featuring an issue of Song Hits - this time, the January 1977 issue with Helen Reddy on the cover. How many viewers know that Helen Reddy appears in the 1978 film Sgt. Pepper's Lonely Hearts Club Band? Here she is in the Heartland crowd in between Stephen Bishop and Yvonne Elliman: 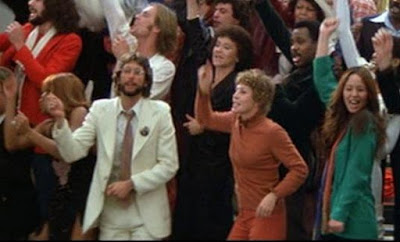 And you can find her just behind Maurice Gibb, standing between George Burns and Frankie Valli in this shot:

The Song Hits Soul Star(s) Of The Month for January 1977 were The Brothers Johnson, George and Louis. They appear in their profile pic (above) with Quincy Jones, who had this to say about the talented young brothers:

"One of the greatest trips in this crazy business of music is the acquisition of new, young and talented artists. The idea of finding musicians with incredible raw ability and somehow helping to polish that rough talent into a fine gem gets me off." 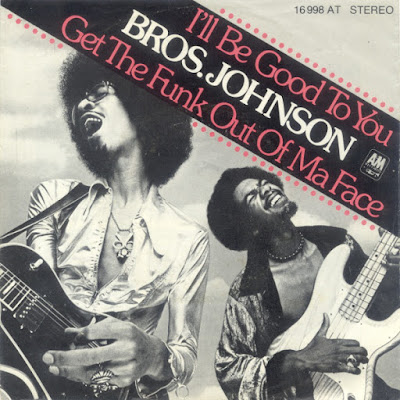 The lyrics to their song "Get The Funk Out Ma Face", a co-write with Quincy from their Quincy-produced debut album Look Out For #1, appears in the issue on page 32. 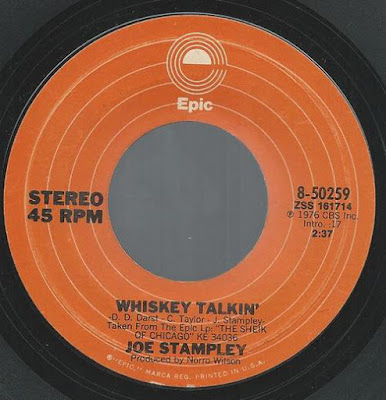 Joe Stampley is the issue's Country Star Of The Month and he is represented lyrically by two tracks:

In 1979, Joe Stampley partnered up with honky-tonker Moe Bandy - as Moe and Joe they had a series of hit singles and albums. Lyrics to a Moe Bandy song, a cover of the 1960 Clyde Beavers song "Here I Am Drunk Again", are the last lyrics in this issue. Marty Robbins also scored two songs in the Country section of this issue of Song Hits with a pair of Number One Country songs from his 1976 album El Paso City: the title track and "Among My Souvenirs".

Overall, this was a disappointing issue. I would say that just less than a quarter of all the songs rank as personal favorites and I feel that 1977 (or late 1976) was just so much better than this, musically at least. Though I paid slightly less than the 50 cents cover price for my copy, it was 40 years old when I bought it and it has not been too well taken care of though the binding is tight and there are no markings. At some point, the magazine was exposed to water or some other liquid as there are a few stains and the edges of the paper are dry and brittle. 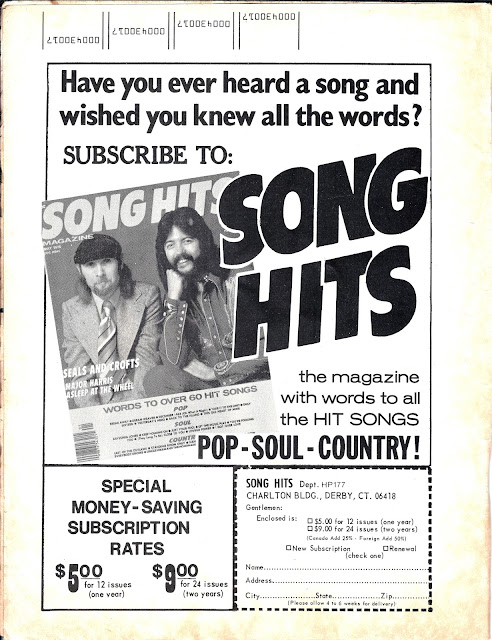 Coincidentally, both Seals AND Crofts appear in that same scene at the end of Sgt. Pepper's Lonely Hearts Club Band. Good luck finding them.