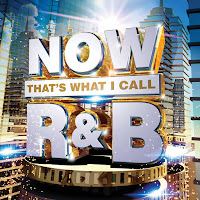 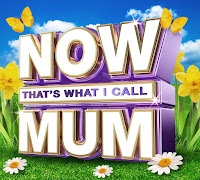 As you can see from the album covers above or perhaps looking at your own massive international collection of NOW discs, Now That's What I Call R&B has been done before. The albums pictured above were released between 2011-2015 in four different countries. Grab your passport, place your seat in the upright position and put your wireless headphones on as we take a global tour: 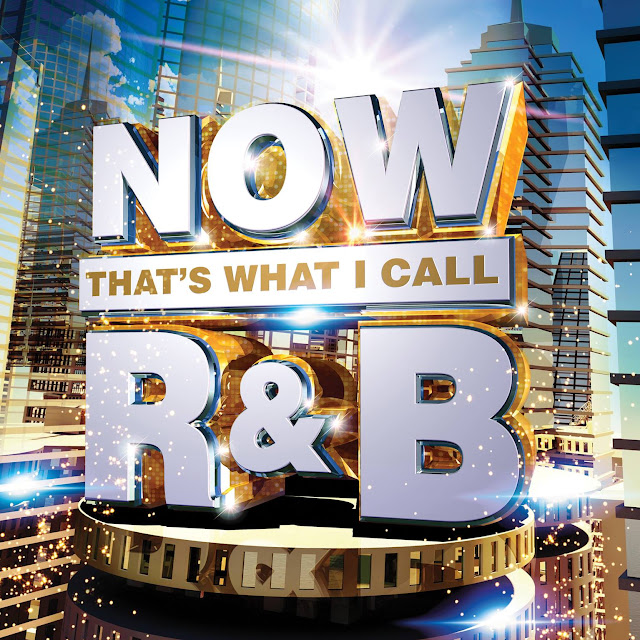 New from NOW UK in 2017 is Now That's What I Call R&B, a triple-disc collection of 63 tracks from 1989 through 2016. The great news for those of you with the 2011 UK version of Now That's What I Call R&B on your shelf or hard drive is there is absolutely no song overlap between the two albums - put the two albums together and you have over 100 different R&B tunes to enjoy. That's six and a half hours of both rhythm and blues with the emphasis firmly on the former. I took the liberty of breaking the album down disc by disc in the tables below and researching each song's chart success in the UK and the US for comparative purposes.

The first disc is mostly Nineties tunes with more than a few jams from the turn of the Millennium thrown in. The three tracks from the Eighties achieved their biggest UK success in 1989 with two of them ("Ain't Nobody" and "Never Too Much") having been released earlier but charting higher after respective remixes were released in 1989. It should also be noted that the UK R&B Top 40 chart has only been around since 1994 and is known to have little or no correlation to the Pop chart. Disc one has seven Number Ones on both the UK and US Pop charts with ten more on the UK R&B chart and eleven more on the US R&B chart. I like a lot of songs on this disc, most of them actually, but tonight the one I'm feeling the most is Mary J. Blige's "Family Affair":

Disc Two of Now That's What I Call R&B doesn't feature any songs that were released before 2013 - there are 10 songs from 2015 and nine from 2016. The disc's tracklist is also the most UK of the three discs, with 21 of the 22 songs cracking the UK Top 10 Pop chart and only 12 of the songs making the US Pop 10. Compared to the first disc, the second disc also has much fewer chart-toppers and fewer actual R&B chart hits from charts on both continents. Without contest and with all apologies to both Grace and Ms. Grande, John Legend's modern classic "All Of Me" is my favorite track on this disc:

With a dozen R&B Number Ones on the UK chart, the album's third disc wins the prize for Most #1 Songs. It is wholly evident that like disc two, disc three wears its Anglo heart in the tracklist with at least a quarter of the songs missing the US Pop chart and a higher percentage failing to make the US R&B chart. My research did not take into account that perhaps the songs were not released as singles here in the States and due to the somewhat spotty search feature on the Official Charts Company site, I was unable to fully verify all of the UK R&B chart positions I've listed in the three tables above. The oldest track here on disc three is R Kelly's irresistible "She's Got That Vibe" from 1992. The disc contains two other tracks from the Nineties: one each from former reality show starring couple Bobby Brown and Whitney Houston (RIP). The newest songs on the disc are two from 2015 but the best part of the third disc is the block of tracks - all four went to the top of US Pop chart - beginning with track two on the disc. My favorite song on disc three is track three, Outkast's poptastic "Hey Ya!": 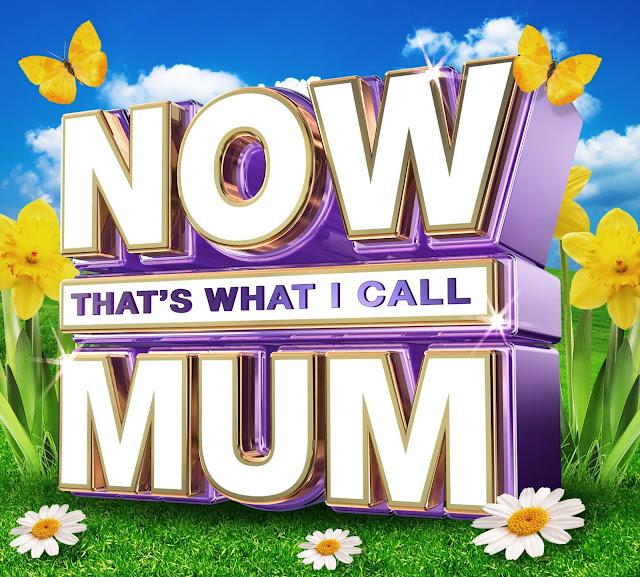 In March, NOW UK will release what could prove to be the first in a series of discs aimed at Mums or as we say in America, Moms. Mother's Day falls on Sunday, March 26th in the UK this year. On March 3rd, Now That's What I Call Mum, a double-disc album featuring 42 tracks, all of which have been featured on prior NOW discs, including the tracks from John Legend, Destiny's Child, Rita Ora and Pharrell Williams that are on Now That's What I Call R&B, will be released. Once again, I'm not the targeted listener but maybe I'm the targeted buyer since I have a Mom who listens to the radio and isn't completely dismissive of today's pop music though the highest compliment she can pay any song after 1985 is "sounds like the music of my generation". That certainly applies to my favorite song on the album and a fitting tribute to a great pop star we lost much too soon, Mr. George Michael and "Faith":