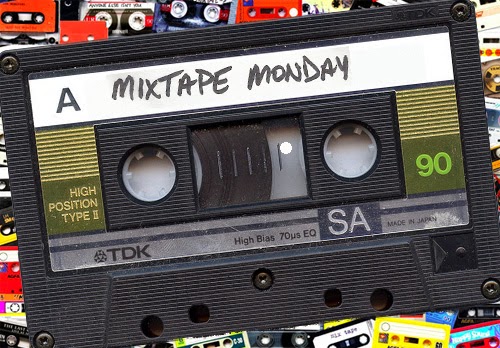 The fates have been kind to us once again as MRS. HERC somehow found time to write up another mixtape from back in 1985.  You'll notice she used a slightly lighter green ink this time around in an effort to better recreate her work from 1985.  (The apparent differences in shades of green are all on me and the brightness and contrast sliders on my scanning software.)  I applaud and appreciate her dedication to authenticity but would be happy if she used any color ink pen or even a No. 2 pencil.  She is a ruthless negotiator and drives a hard bargain but she's worth it.

Mixtape P is another in my series of hits compilations and in this case, the entirety of the A side is given to a chronological recap of hit Rick Springfield songs from the four albums pictured below. 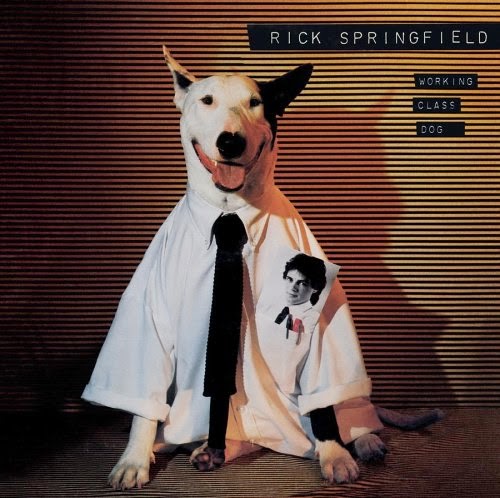 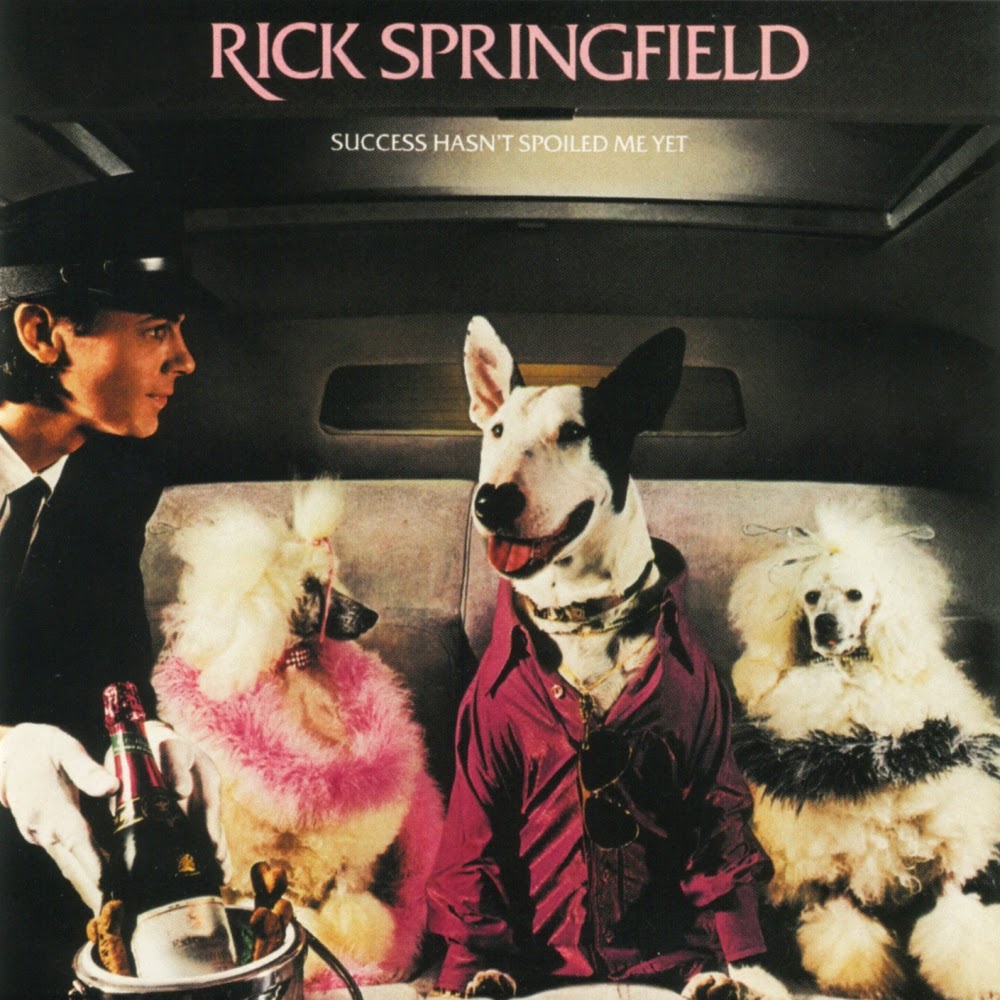 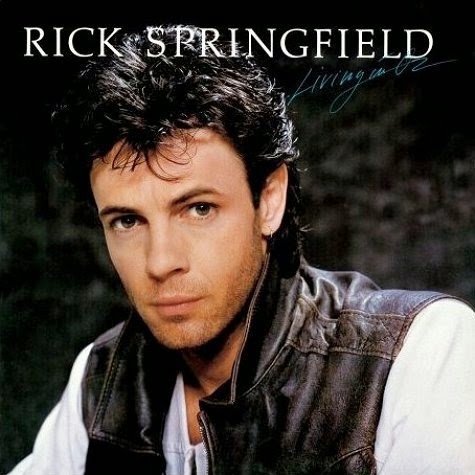 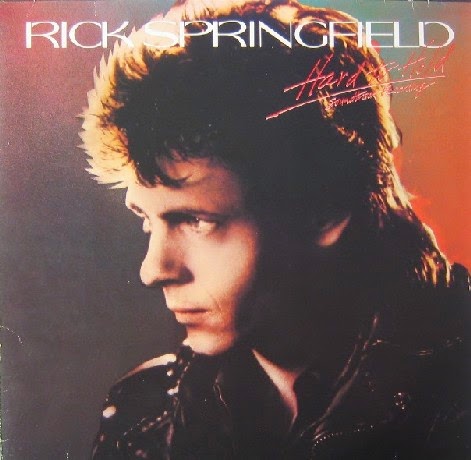 The four albums represented Springfield's new studio output from the period 1981-1984 and based on other songs included over on side B of the tape, I dubbed it off in late April or early May.  And even though I had picked up his 1985 Tao album by that time, I failed to include any songs from it on the tape's A side despite the fact that three of the album's tracks went on to become Top 30 hits.  Part of the hush-hush deal MRS. HERC negotiated for labeling mixtape P was that there be maximum pictures of Rick Springfield album covers (check!) and picture sleeves for fans like her so here come the picture sleeves...naturally, for a gifted and talented artist like Mr. Springfield, he is featured on every picture sleeve for each single I included on the tape. Springfield's dog, Spuds McKenzie Ronnie, appears on two of his album covers and two of his 45 sleeves as well. 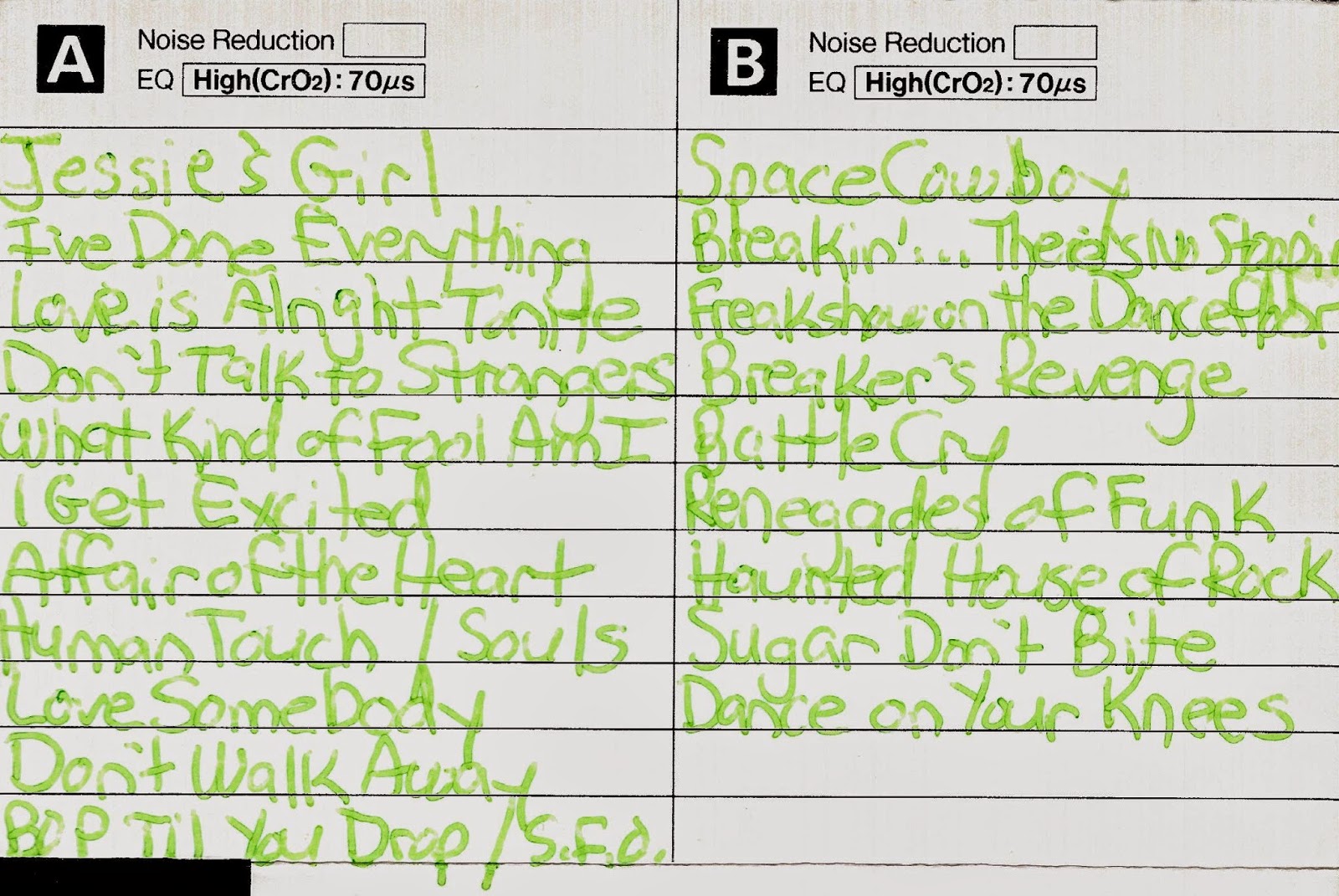 Over on the B side, I kicked things off with one of my favorite songs of 1985, Jonzun Crew's "Space Cowboy" and then went off on a brief hip-hop soundtrack spree featuring songs from both Breakin' and Beat Street before ending the side with three consecutive remixes from Whodini, Sam Harris and Hall & Oates from the twelve inch singles pictured below. 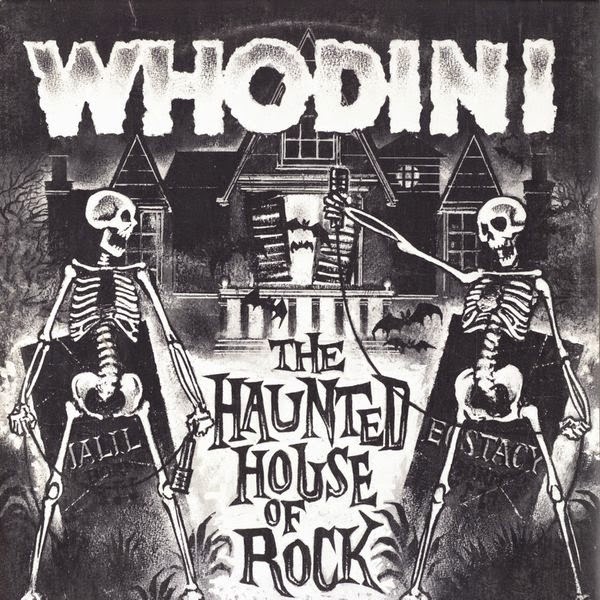 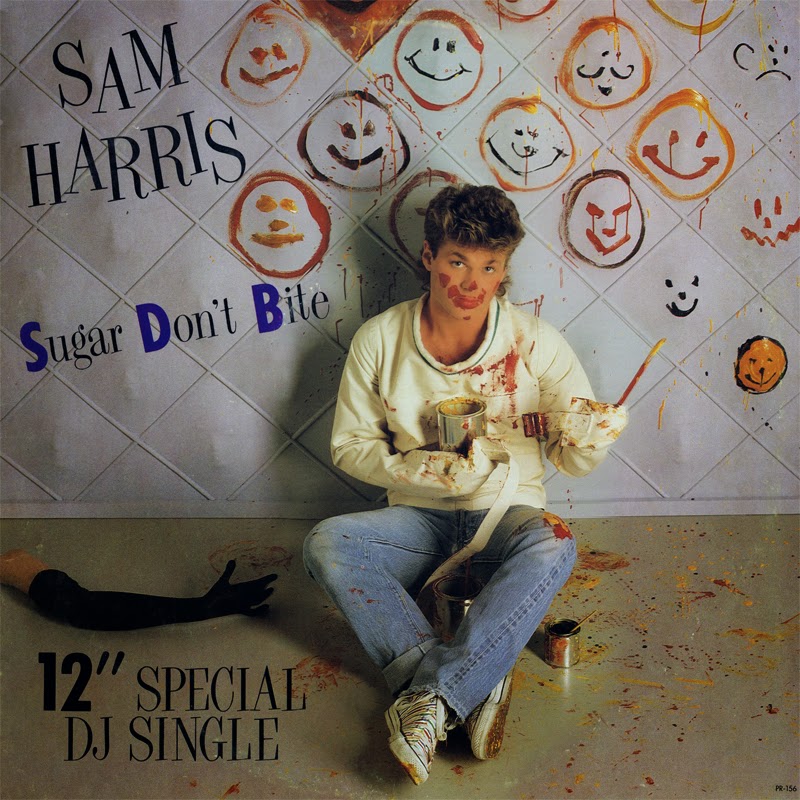 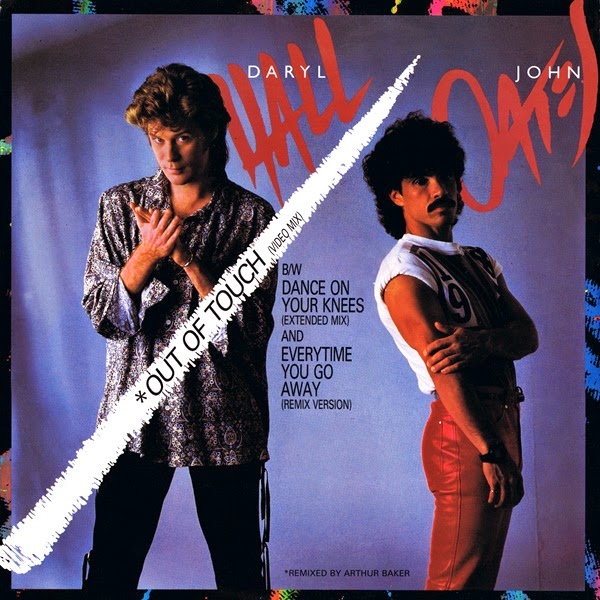 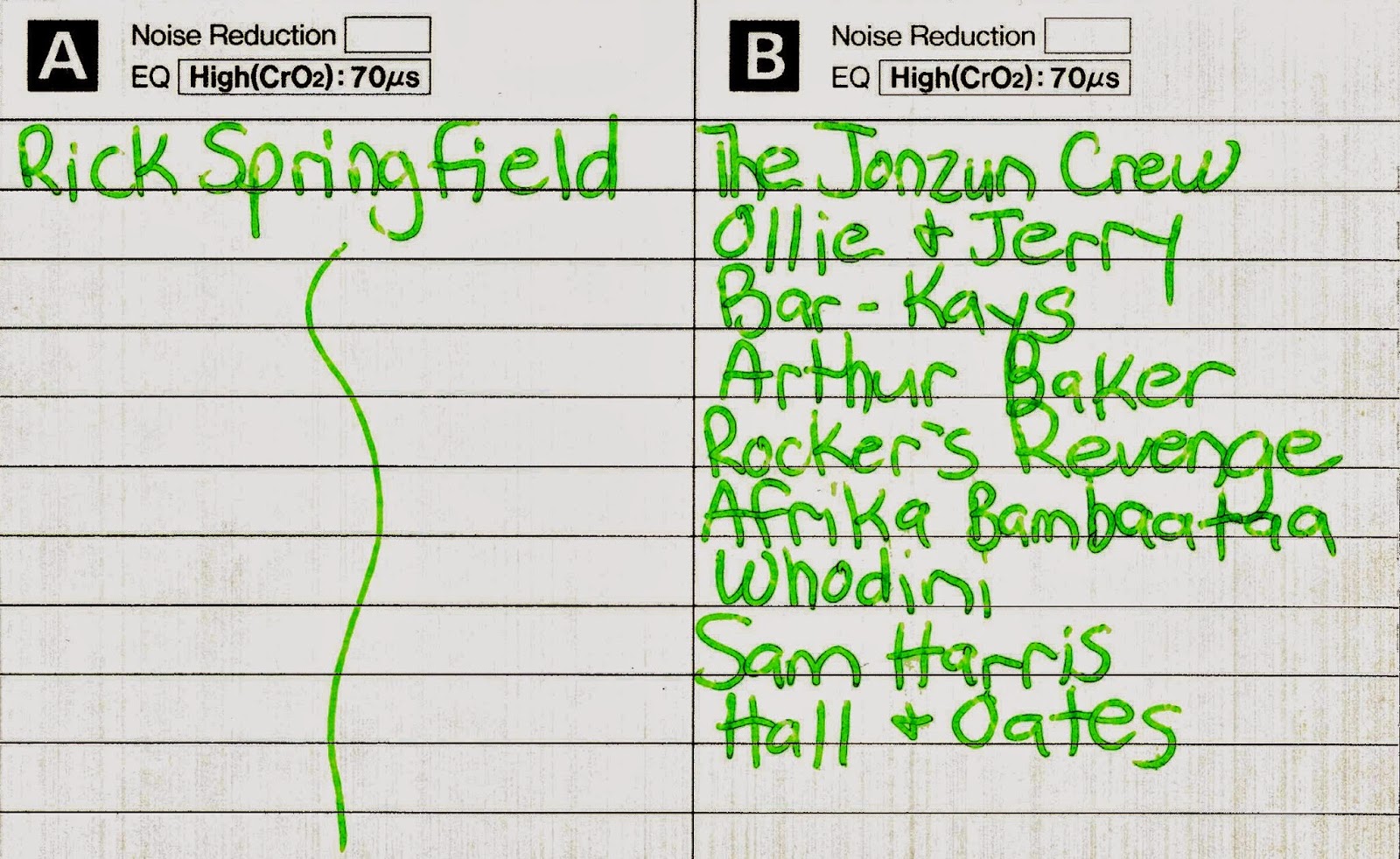 Rick Springfield - the dude is gonna be 66 years old later in 2015, doesn't look a day over 40 and is currently touring behind his Stripped Down album, telling the stories behind the hits while playing them acoustically.  (Think MTV's Unplugged crossed with VH1's Storytellers.)  He blew through town just last week and if we hadn't just sunk all of our play money into a new AC system for the Hideaway, I might have treated her.  She gets so giddy when he's on.


Though I can't actually recall how I came to be in possession of the 45 single edits of the songs noted above and heard with mine own ears on the tape, they have been confirmed as such by stopwatch.  Either I borrowed them from someone - MRS. HERC seems to recall owning the Springfield 45 even though it is absent from our joint 45 collection - or I was damn good at making my own edits. Who are we kidding, I probably borrowed them.  But from whom? None of my friends were into hip-hop back then.


If you're thinking the next Mixtape Monday is gonna feature Q for Queen, you are wrong on at least one count - I have been thus unable to find mixtape Q so we we will be moving onto R if and only if MRS. HERC finds the time and I am able to meet her demands.  That does not mean that the missing Q tape is not yet another Queen compilation.  We just don't know yet.