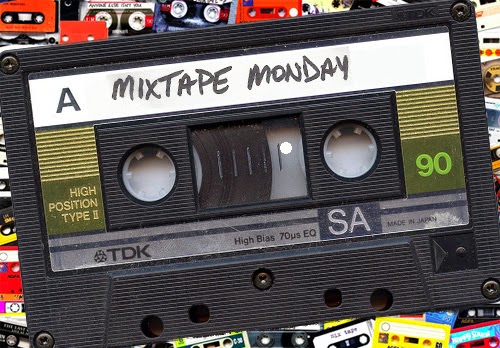 Can't keep my eyes from the circling skies
Tongue-tied and twisted, just an earth-bound misfit, I

Isn't it funny trying to remember things?  Some things come quickly and so clearly, you want to just reach out and touch that memory but then you realize you can't.  Remembering shared memories can be fun or lead to trouble as everyone sees, hears and then files all of that info away differently. Memories are like snowflakes, fingerprints or record collections this way, no two exactly alike.  HERC remembered something so clearly, so vividly, in such detail, he was ready to swear it was the Truth.  But it wasn't, was it? Some of the details were honest and accurate while others were fudged and forced.  Back in April of last year, HERC stated he remembered making the INXS mixtape in 1988 and that it was the first in a series of "anthological mixtapes" featuring various artists.  The last part of that statement is true.  The part about it being 1988 seems to be a false memory though as the tape used, TDK MA 110, was not on the market until 1990 according to newly unearthed evidence.  As luck would have it, today's tape is one of those anthological mixtapes and it too is a TDK MA 110.  You might have guessed the artist by the lyric above.

For what it's worth, HERC distinctly remembers recording this tape in 1990 around the time he attended the Paramount Pink Floyd Laser Spectacular.  At the time there were three only Pink Floyd compilations available (Relics (1971), Works (1983) and A Collection of Great Dance Songs (1981)) and none of them served HERC's needs so he made his own. using his good friend Steven's extensive vinyl and CD library of Floyd discs.  HERC's choice of tunes features just one before 1973 (1971's "One Of These Days") and runs chronologically up through 1987's Momentary Lapse Of Reason.  They represent HERC's favorite Floyd tracks at the time and may very well be his favorite Floyd tracks now, twenty-five years later.  (Though you would have to certainly add the 1994 album The Division Bell to the mix and especially the track "Keep Talking".  Oh and the Moody Blues sounding "Free Four" from Obscured By Clouds (1972). Sorry, Endless River, but I've listened to you what five times now and will probably never listen to you again.) 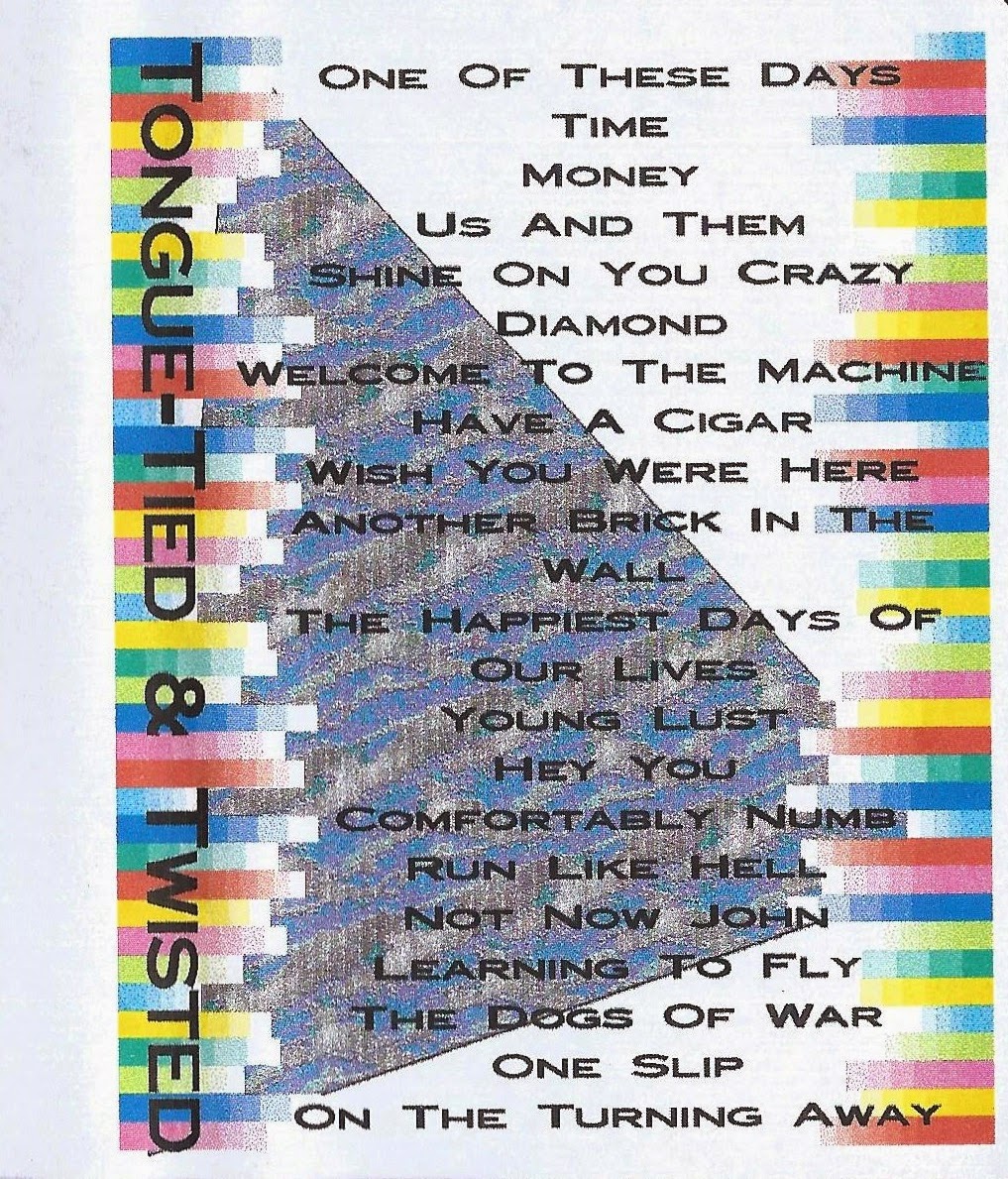 HERC seems to recall spending more time working on the artwork using a new PC program than actually dubbing the songs even though, like that INXS tape, he cross-faded the tracks using his trusty Pioneer CA 100 Tape Creating Amplifier though the band certainly helped HERC out by cross-fading some of the songs themselves.

For time and space considerations, HERC deployed the edited "Shine On You Crazy Diamond" from A Collection of Great Dance Songs, saving nearly three minutes and allowing the inclusion of the holy trinity from Wish You Were Here.  (As you may have noticed, no Animals were harmed in the making of this mixtape.)  While HERC certainly enjoyed listening to this mixtape through his cans ('natch) he honestly has to say his Floydian listening preference is albums rather than singles which is to say he prefers to listen to their albums from start to finish, with Pink Floyd one of the few bands he can say that about.  Nonetheless, he does have a few Floyd tracks peppered amongst his daily listening playlist.  And look what he found tucked inside the TDK standard issue j-card that backed the custom art j-card scanned above: 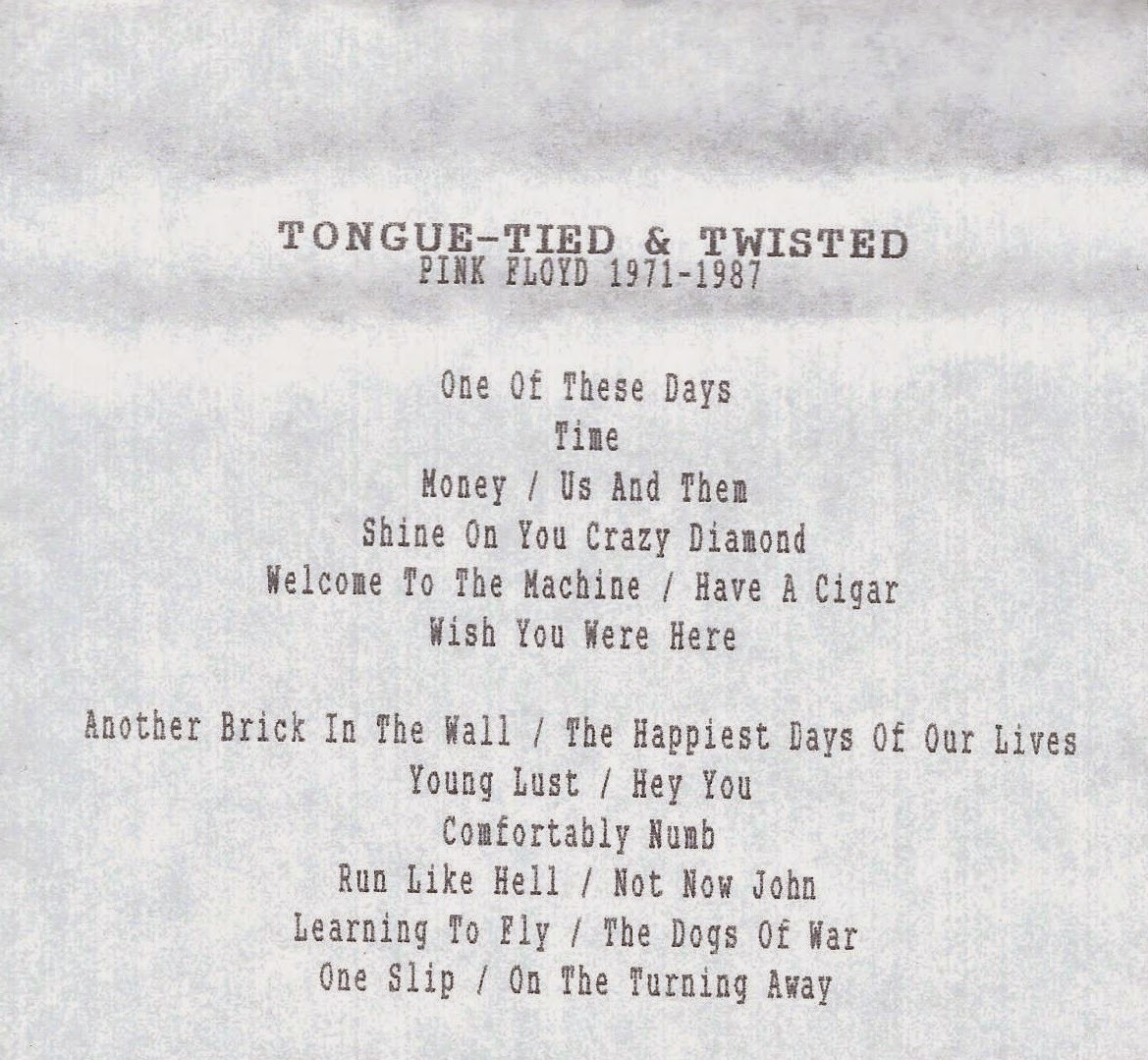 That's right, the original primitive "custom" j-card.  Tell HERC about your Pink Floyd faves in the comments while listening to the Spotify playlist below.