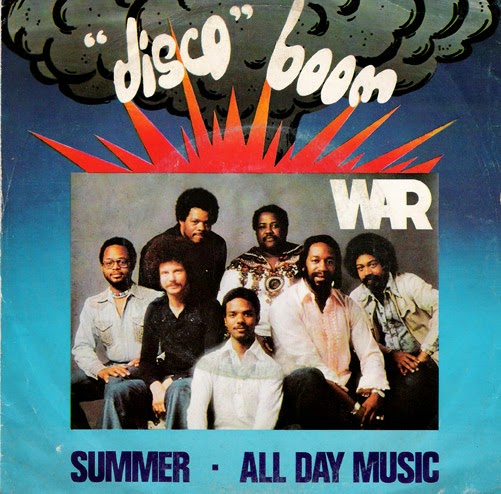 Thanks to his Uncle Sam's 8-track collection and local AM radio stations, HERC was familiar with these three songs from War while growing up in the Seventies:
Late in the Summer of 1976, just before ten year old HERC was to start the fifth grade, his Uncle Sam bought home a new 8-track: War Greatest Hits, though HERC recalls the tape was colored black not white as pictured below. 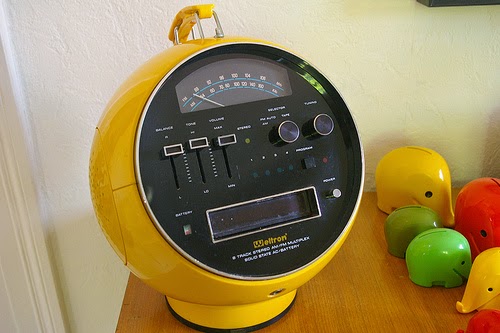 That night, at bedtime, Sam popped the 8-track into his "space radio" (yellow, just like the one above) and spent the rest of the night telling his roommate HERC to stop asking so many questions and just listen to the music.  HERC remembers hearing all three of his favorites as well as a couple interesting songs he wouldn't mind hearing again but the song he remembers most, was the last song on the tape: "Summer".  HERC later came to find out that the song was released as a single in advance of the album and had been getting considerable airplay on stations everywhere but east Texas that Summer.  When HERC returned home to Illinois, WLS was playing "Summer" frequently and a week or so after school started, HERC purchased a copy of the 45 at the BX.

After playing the single maybe five times, HERC flipped it over and played the B-side, "All Day Music".  Turned out that song was every bit as Summery as the A-side with HERC playing it almost as much as "Summer".  When he was finally allowed to join a mail order music club a couple of years later, one of HERC's initial album choices was War Greatest Hits.  Then and only then did he recognize that the b-side was on that album, too, and that "Summer" was two minutes longer than his 45 and what they'd played on the radio.