Time-Life Music has put out many music collections through the years including exhaustive collections of Eighties music like Sounds Of The Eighties (32 discs) and Modern Rock (21 2CD sets). One of the lesser known series from Time-Life is Another Lost Decade: The 80s. 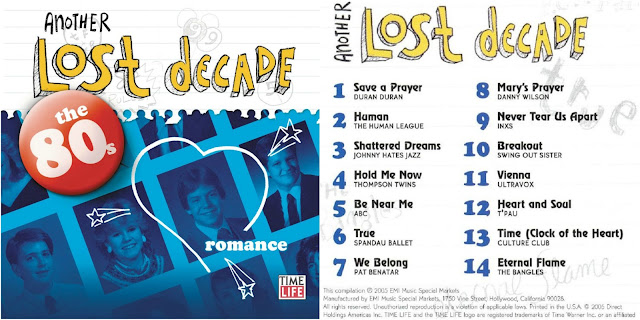 June 7, 2005
55:10
Romance, the first volume in the miniseries, is dedicated to love songs from mostly British New Wave artists - only Pat Benatar and The Bangles represent the Colonies. There are neither surprises nor rarities here and judging from the sheer number of FOR SALE listings and low prices for this disc, it is the easiest one to come by in the series. 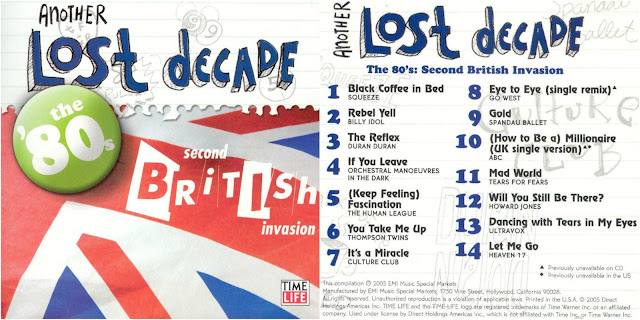 Half of the artists from the Romance disc make an encore appearance on Second British Invasion. In an interesting move, compiler Vincent M. Vero did not go the obvious route and choose the acts' biggest, most well-known hits. So while fans may very well have all of these songs, they don't have all of these songs on one disc - unless they have this disc. 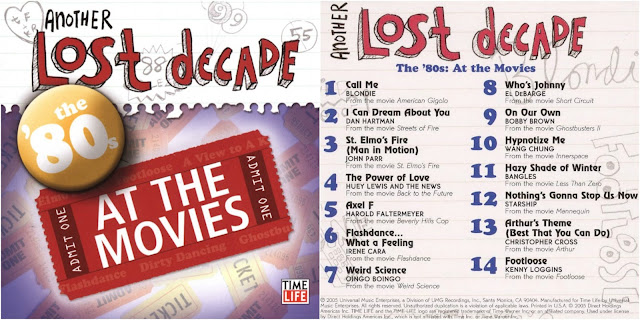 October 4, 2005
54:48
At The Movies loses one point from the get-go by only including one song ("Weird Science") from a John Hughes film. The rest of the tracks are obvious with the possible exception of Wang Chung's "Hypnotize Me" (1987) which HERC had to look up - it's a Top 40 hit from the movie Innerspace although it was also featured on the band's release Everybody Wang Chung Tonight Mosaic and at least two of their greatest hits compilations. Put this one in the 6-CD changer with Cinemax Movie Hits of The Eighties, Soundtrack Smashes: The 80's, The 80's Movie Album: The Brat Pack Years and Ultimate 80s Movie Hits and play "guess which film". 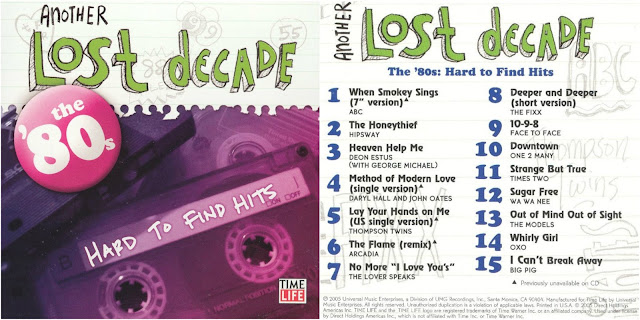 Eleven of fifteen tracks are indeed hard to find on other compilation albums while six of those are also not yet on Spotify. The title of "hardest to find hit on the collection" goes to One 2 Many's "Downtown":

ANOTHER LOST DECADE:
THE 80's
The Playlist