This gem of a song, a Number One hit on the Adult Album Alternative (AAA) chart for six weeks back in 2009-2010 went on to be named Billboard's AAA Song Of The Year in 2010.  Yet despite those successes, it never crossed over onto the Pop charts and thus a much bigger audience missed out on the track's fragile beauty.

The female vocals on the track are sampled from the under-rated soul legend Candi Staton, who is perhaps best known for her late-career R&B chart-topping disco song, "Young Hearts Run Free".  She released her Muscle Shoals Studios recorded version of the country music standard "He Called Me Baby" as a single back in 1971 and it peaked at #9 on R&B chart and #52 on Hot 100.  There is little doubt her name also provided inspiration fo the song's title.


"He Called Me Baby" has a long, storied history that began when Harlan Howard wrote and recorded it as "She Called Me Baby" back in 1961, with the song being issued as a single in 1962: it became a huge hit in HERC's home state of Texas but failed to chart nationally.  Harlan's wife Jan recorded the first gender-reversed lyrics of the song in the Spring of 1962.  Many country and R&B versions followed, both male and female, culminating in a #1 Country song for the Silver Fox, Charlie Rich in 1974 with a version he had recorded 10 years prior. That version also crossed over onto the Top 50 on both the Hot 100 and the Easy Listening charts. The playlist below represents but a few of the many versions of the song.


So how did that song come to be the core of "Kandi" five decades later?  In his quest for knowledge, HERC read many interviews with One eskimO (which is how they prefer their name be spelled out and stylized) and couldn't get a definitive answer.  The band began with Kristian Leontiou, who released a solo album in 2004, formed the group shortly thereafter with a Gorillaz-like concept of each member assuming the role of an animated character in videos as well as liner notes.


The first time HERC heard the song, on The Mountain (the local AAA station which changed formats in 2011 to Hot Adult Contemporary Radio which is code for Top 40 without teen artists and rap) while getting his haircut at SuperCuts just after Christmas 2009.  When he got home, he looked up the station's playlist on TuneGenie and acquired the CD shortly thereafter.   The always opinionated Bob Lefsetz also loved the song as soon as he heard it and wrote about it on Jan 31, 2010.  Then again two days later and finally published a couple of email replies to his previous posts, including one from Jan Howard herself, on February 3, 2010. 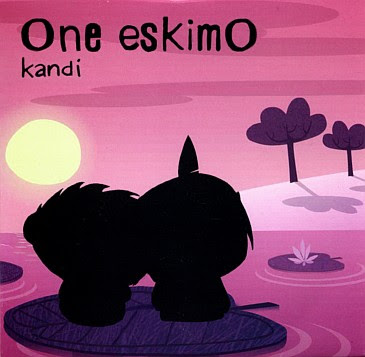 For HERC, "Kandi" is another one of those soul-stirring songs that envelops him, alternately warming or chilling him depending on which way his mood is leaning that particular moment.   Some of these other "personal gospel" songs include Prince's "Purple Rain" , Natalie Merchant's "Carnival", k.d. Lang's "Constant Craving", U2's "One" and "Someone Somewhere In Summertime" from Simple Minds.