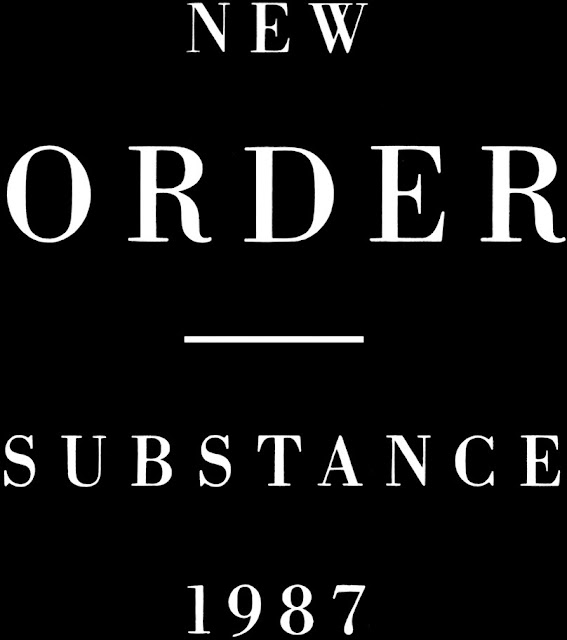 The music of New Order has meant so, SO much to HERC over the past 30 years that it is hard for him NOT to talk about it. The band's beginnings were reluctantly mythical and the members naively yet wisely chose to let their music do the talking instead of giving interviews well into their career. And it is their extended singles compilation, the double disc Substance, that remains the all-time most played CD in HERC's Audio Archives. 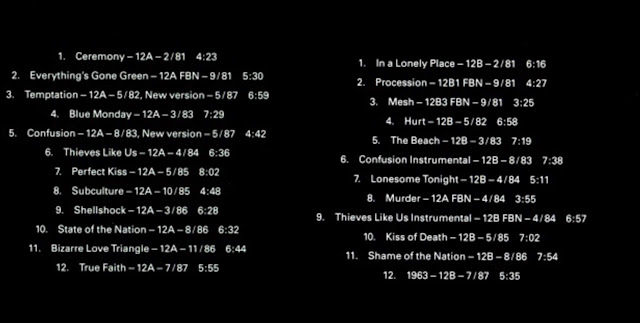 Before they evolved into New Order, the UK post-punk band formed as Warsaw, became Joy Division and were quickly building momentum until the eve of their debut U.S. Tour in 1980 when their deeply troubled singer, Ian Curtis, lost his battle with depression and surrendered to the darkness. Joy Division charted their biggest hit, the catchy yet downbeat "Love Will Tear Us Apart", posthumously. 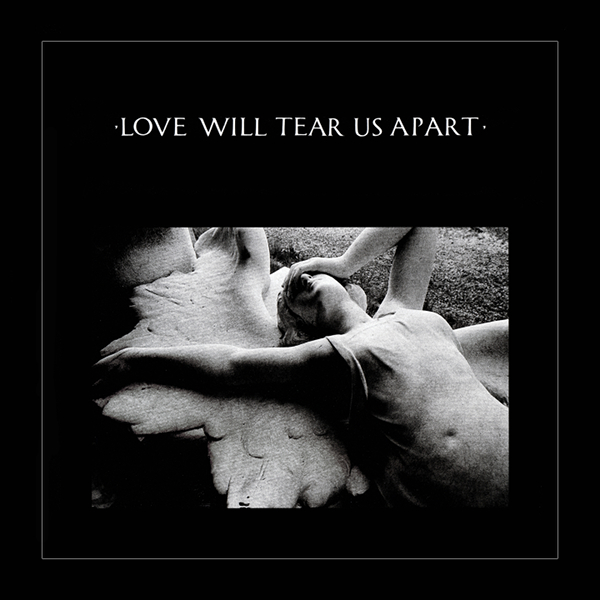 Honoring a pact made when they formed Joy Division to discontinue use of the name should any member leave for any reason, the three surviving members (Bernard Sumner, Peter Hook, and Stephen Morris) performed a few times as The No-Names before changing the band's name to New Order. Guitarist and keyboardist Sumner stepped up to the mic as the singer after a sing-off with his two bandmates and they added Morris's girlfriend, Gillian Gilbert, as keyboardist and second guitarist. 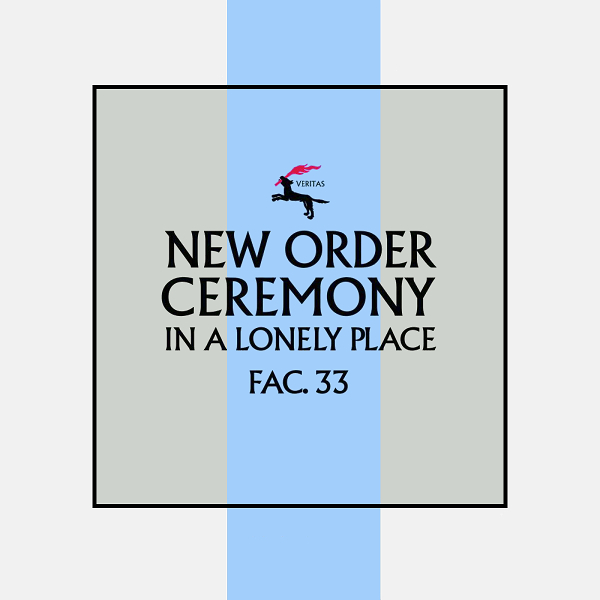 Soon, the foursome was recording again and their first release, less than a year after forming, was a song written before the demise of Curtis entitled "Ceremony". Musically, it was similar to the music that had come before with only the voice of Sumner lightening the mood compared to the droning somberness of the voice of Ian Curtis. 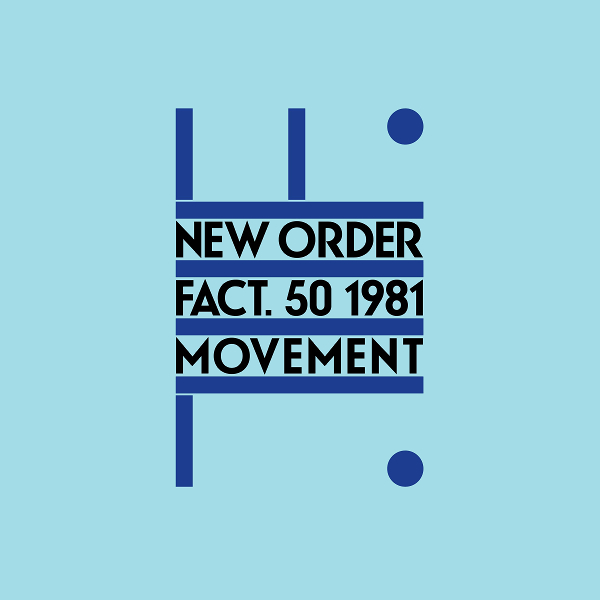 New Order's first album, Movement, was released more than six months after that initial single and did not contain "Ceremony" nor the two singles that immediately proceeded the album: "Procession" and "Everything's Gone Green". 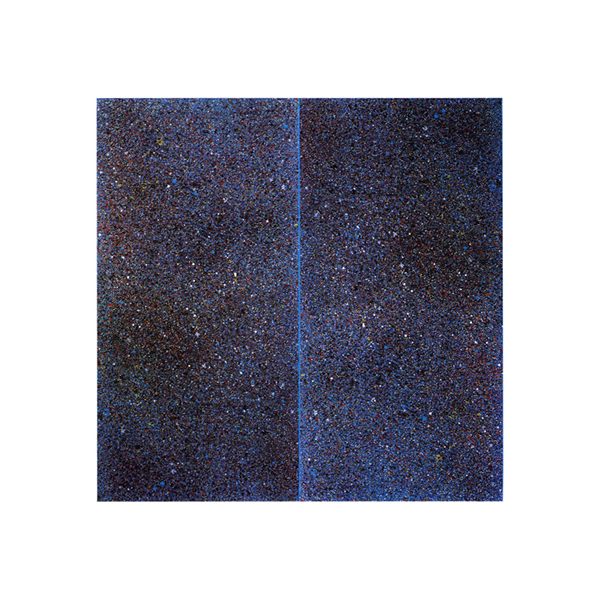 The band's next single, "Temptation", was released in May 1982. It represented a slightly new direction in sound for the band, with guitar, synths and the rhythm section locked in a duel on the dance floor. 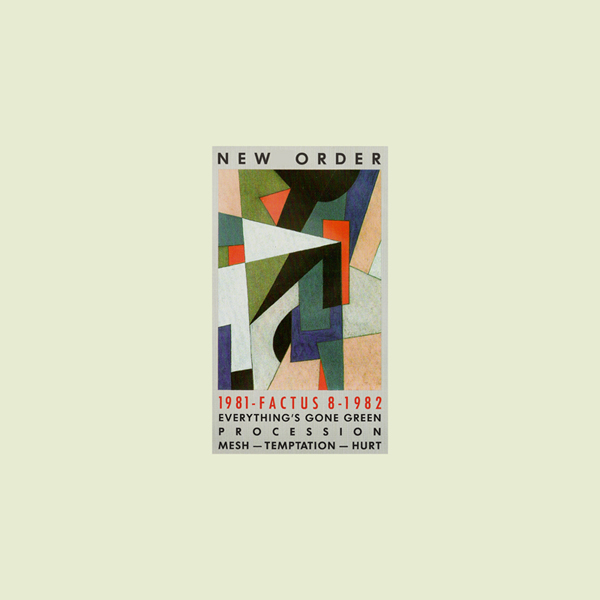 The 1981-1982 EP later that year helped fans outside the UK catch up by rounding up the previous singles along with "Temptation" in its original, almost nine-minute long, chaotic mix. This stop-gap collection only hinted as to what New Order would unleash the following year. 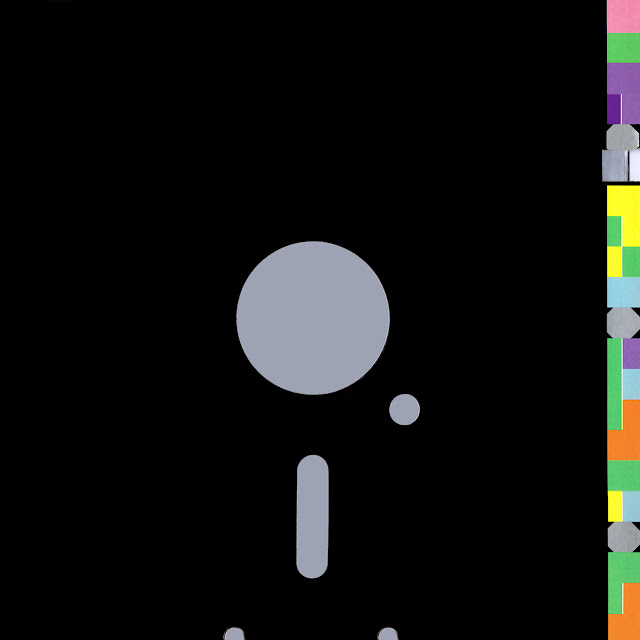 A 17-second drum machine "solo" launches "Blue Monday", the band's next single, released in March 1983. The synth melody comes in gloriously out of sync (band members claim it was a "happy accident") shortly thereafter followed by a bouncy bass line. More synths join the mix and then Bernard Sumner's wonderfully deadpan vocals kick in more than two minutes after the song started. This groundbreaking song, clocking in at almost eight minutes, went on to become the biggest selling 12" single of all time, crossing the pond into trendy New York post-disco dance clubs. 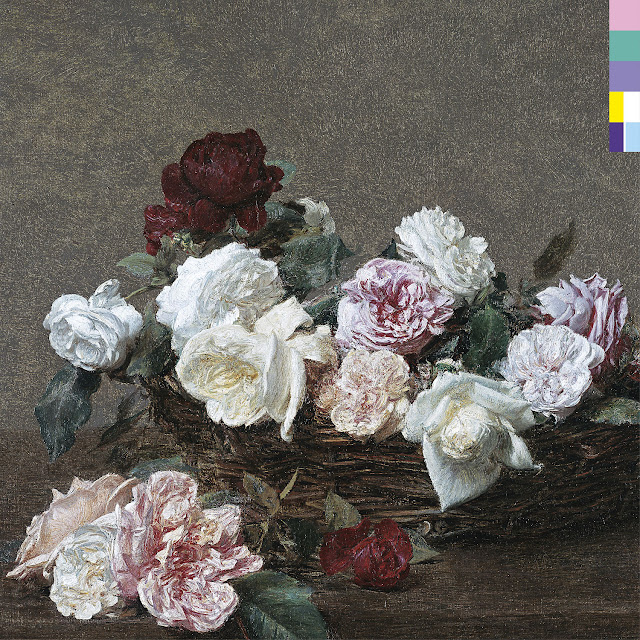 The album that followed in May 1983, Power Corruption & Lies, did not include "Blue Monday" (or it's instrumental B-side "The Beach") and was followed by yet another highly danceable, unavailable on an album single, "Confusion", which was produced by prominent New York DJ and producer, Arthur Baker. (Fifteen years later, "Confusion" would see new life in an epic acid-techno remix by Pump Panel featured in a club scene in the film Blade.) Despite the lack of hit singles, Power Corruption & Lies was a critical smash and today ranks on several lists as one of the Best Albums of the Eighties. 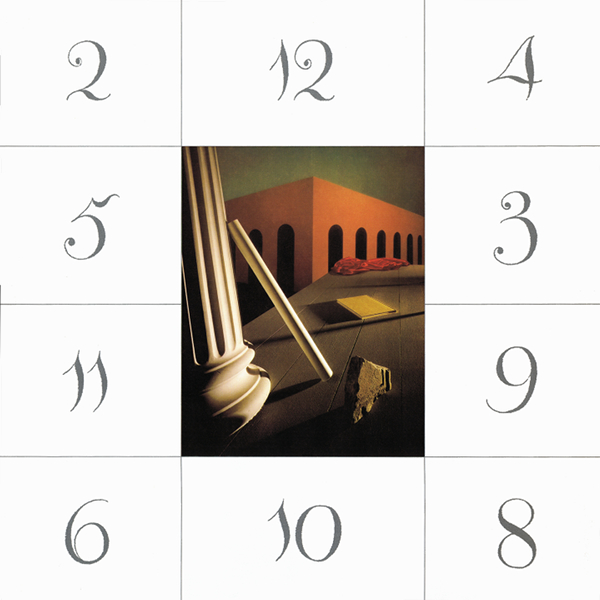 Two more non-album singles followed in 1984: "Thieves Like Us" and "Murder". They were sparser and darker, almost like a return to the sound of Joy Division yet still danceable. 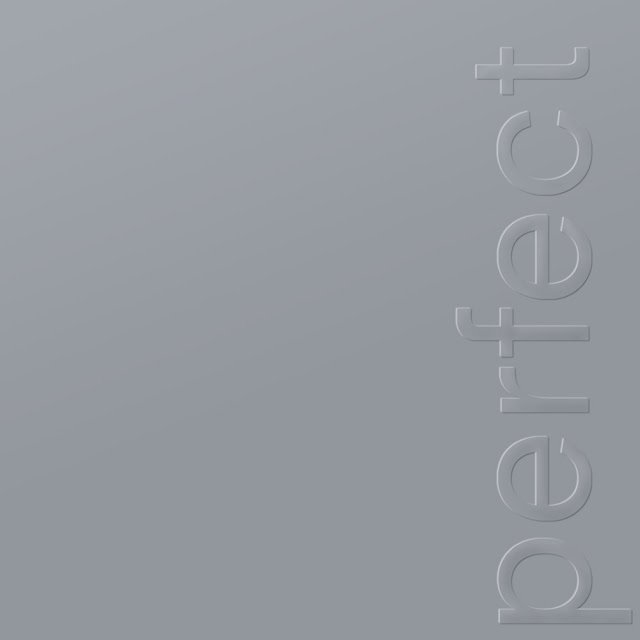 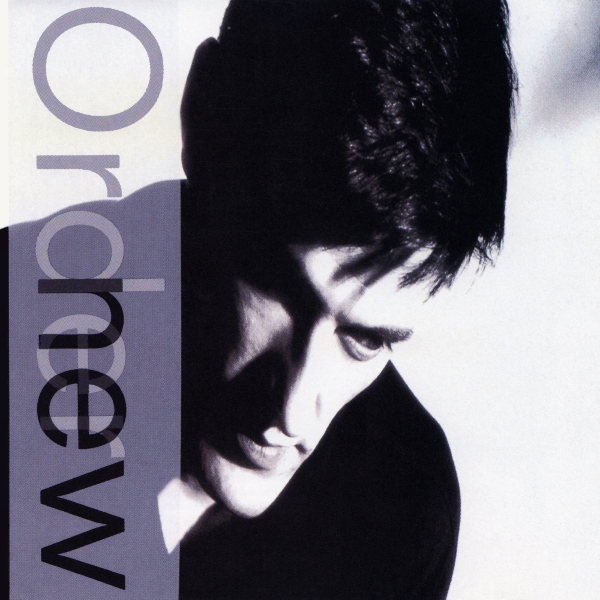 Then in May 1985, New Order gave us "The Perfect Kiss" and their third album Low-Life, marking the first time a single was also included on the concurrent album. The band was using different instruments to create different sounds while still retaining their post-punk rock roots and their newly-earned dance-club cred. Even their self-production skills had become nearly flawless. Their steady parade of singles were routinely released as 12" extended versions featuring instrumental and dub versions. 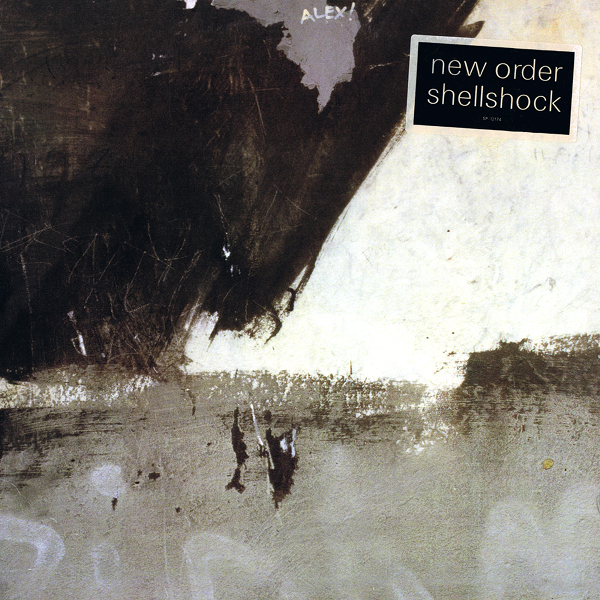 "Shellshock" was featured in the film and on the soundtrack album for Pretty In Pink. The song, like many in New Order's catalog, makes an excellent stereo demonstration track and the 9:41 Extended Mix from the 12" single can be heard via the link above. Also heard in the film Pretty In Pink but excluded from the soundtrack album was a hauntingly beautiful instrumental entitled "Elegia". (Please see the movie for original song scene. Hint: It involves "Duckie" moping around on his bike!) "Elegia" is on the Low-Life album, however, so it all worked out. And, more than 20 years later, when HERC acquired the two disc Collectors Edition of Low-Life, he discovered the previously unreleased full version of "Elegia" clocking in at over 17 minutes! 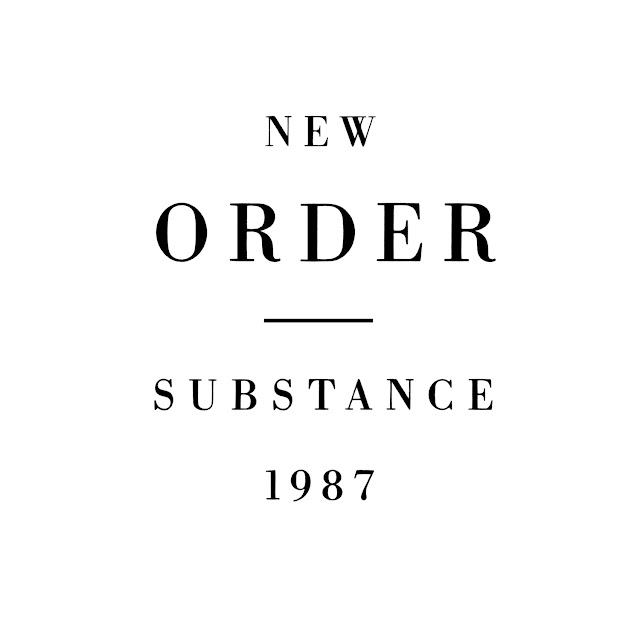 1987 saw the release of the Substance double CD, featuring all of the band's 12" singles and their b-sides up to that point including several re-recordings of early singles, a few edits of extended remixes and two newly recorded songs for the collection: the inspirational "True Faith" and the depressing "1963". 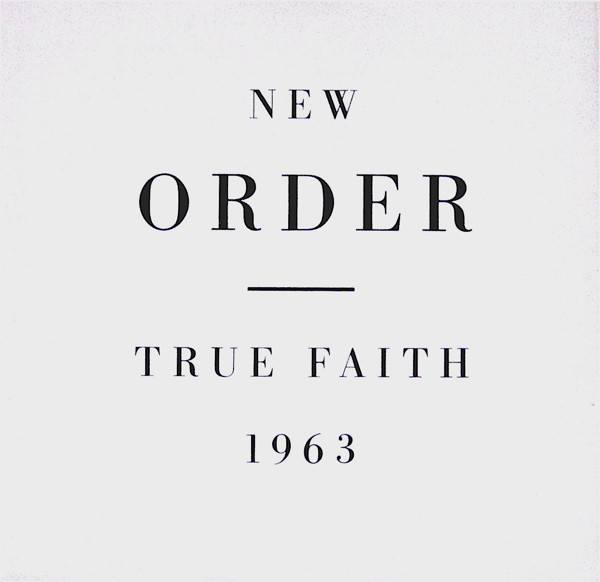 "True Faith" would go on to become New Order's first Hot 100 single in the US as well as their highest charting single up to that point, eventually peaking at #32. The nine-minute Shep Pettibone 12" remix is linked above for your listening pleasure. 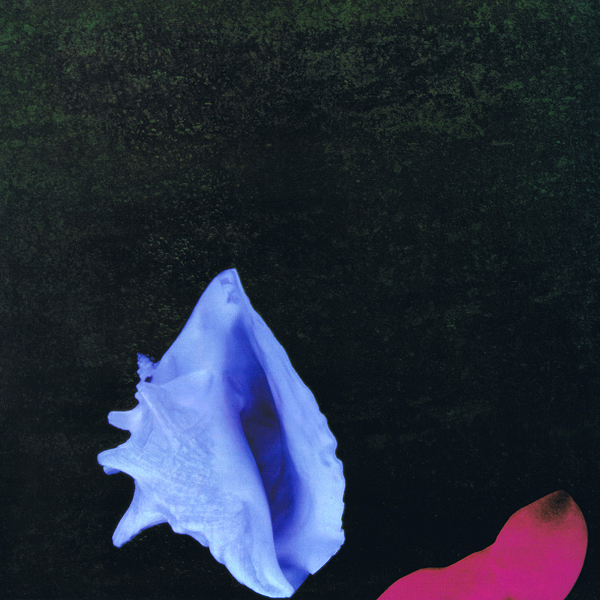 Originally featured on the soundtrack to the little-seen film Salvation!, New Order's next single was "Touched By The Hand Of God", which was released in December 1987. And is HERC the only person who hears some Pet Shop Boys influences in the song? Lyrically and vocally, it is most definitely New Order but musically? He hears Pet Shop Boys. The following playlist represents the first phase of New Order's career. It is HERC's mix of Substance as re-created within Spotify.

As will almost always be the case,
HERC chooses images that strike his fancy
not necessarily the appropriate ones
for illustrative purposes.
Any confusion this may cause
is purely intentional.