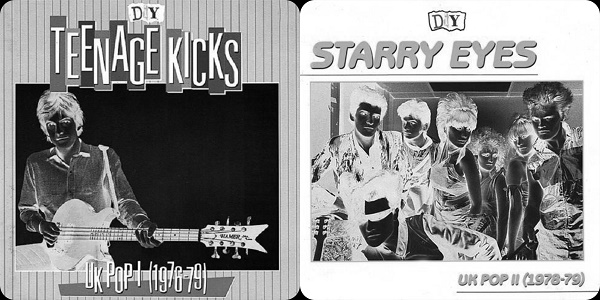 Now, we're talking. Volumes 3 and 4 in Rhino's DIY Series from 1993 are Teenage Kicks - UK Pop I (1976-79) and Starry Eyes - UK Pop II (1978-79). Together, these two albums pack 38 singles (28 songs for the folks who bought the albums on cassette) that rise above the nihilistic attitude of the early punk scene while retaining that music's raw emotion despite the addition of melody and synths. Four acts from the UK Punk collections - the Buzzcocks, Eddie & the Hot Rods, the Only Ones and The Rezillos -  also appear on these UK Pop albums and as Parry Gettleman said in her review of these discs in the Orlando Sentinel back in 1993: "The line between punk and hard-edged pop was often a fine one." Though the Pop discs run concurrently with the Punk discs on the music timeline, the majority of these songs are from 1978 (16) or 1979 (15). Liner notes for both UK Pop discs are by former Smash Hits editor Ian Cranna, who maintains the same high level of detail his predecessor Jon Savage provided. Cranna writes that England's diverse and bloated music charts in 1976, featuring ABBA, The Beatles (via seven rereleased singles), Elton John, Rod Stewart, prog rock  ("20-year-long drum solos"), fading glam rock, "grubby R&B" and countrified rock, made it ripe for a return to "guitars and tunes", a sound that critics of the time dubbed "power pop".

Track one, side one of the Teenage Kicks tape is also the first single from the fabled Stiff Records, Nick Lowe's "So It Goes", a pub punk hybrid about the random unpredictability of both life and death first released in 1976. I'm fairly certain I first heard this song on an episode of The Midnight Special back in 1978. Didn't hear the song again until I borrowed a friend's well-worn UK pressing of Jesus Of Cool sometime in late 1981 (I'm guessing) and dubbed a copy. Added the song to my personal album collection when I bought the Rock 'N' Roll High School soundtrack album which I picked up in 1982. In addition to that soundtrack album and the DIY disc, I count "So It Goes" on 3 different Nick Lowe compilations as well as Jesus Of Cool, a disc in Time-Life's Modern Rock series titled Lost Hits Of The '70s and on the fantastic 1-2-3-4 Punk & New Wave 1976-1979 box set. What can I say? I really like this song.

I'd say on any given day, up to a dozen of the songs on Teenage Kicks could be considered favorites of mine but only one of them makes my list of all-time favorites and that is The Undertones's absolutely splendid "Teenage Kicks" from 1978. It is one of the best representations of unrequited adolescent lust (from the male perspective, at least) I've ever heard. Love the Ron Asheton-esque guitar riff that runs throughout the song and Feargal Sharkey's unique voice captures the insecurity and longing every boy feels at some point in their romantic life. The very first time I heard the song was near the end of the Just Say Yes, Volume VI: Just Say Yesterday disc I bought in 1992. Then came the DIY disc the following year and 5 more compilations and box sets over the years before I finally scored the remastered and expanded edition of The Undertones earlier this year. 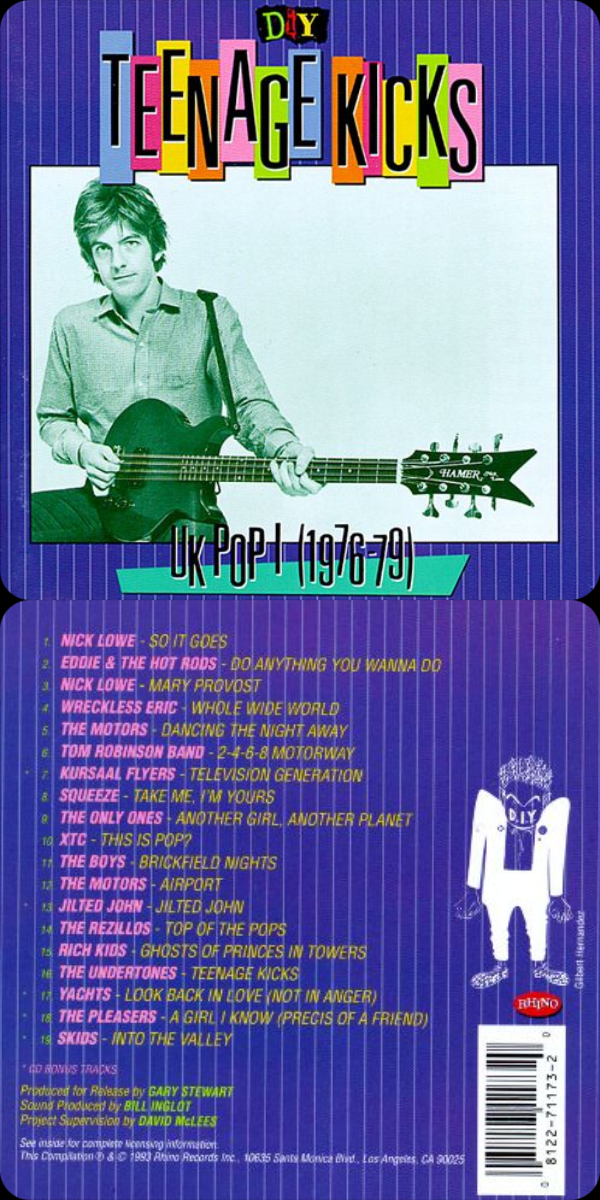 One of the more interesting things I noticed about Teenage Kicks and Starry Eyes is the transformation of The Rezillos to The Revillos between the albums. Singles from The Rezillos appear on The Modern World and Teenage Kicks. Then they broke up, with guitarist Jo Callis going on to join The Human League while Rezillos vocalists Fay Fife and Eugene Reynolds formed The Revillos, who grace the cover of Starry Eyes. This album contains less familiar singles than its immediate predecessor alongside early tracks by Joe Jackson, XTC, Squeeze and The Tourists. Starry Eyes is the first album in the DIY series where buying the fourteen song cassette doesn't seem like you're missing out on much by not having the five bonus tracks found on the nineteen track compact disc. My overall impression after listening to Starry Eyes is that it is the groundwork, the foundation for what came in the 1980s. 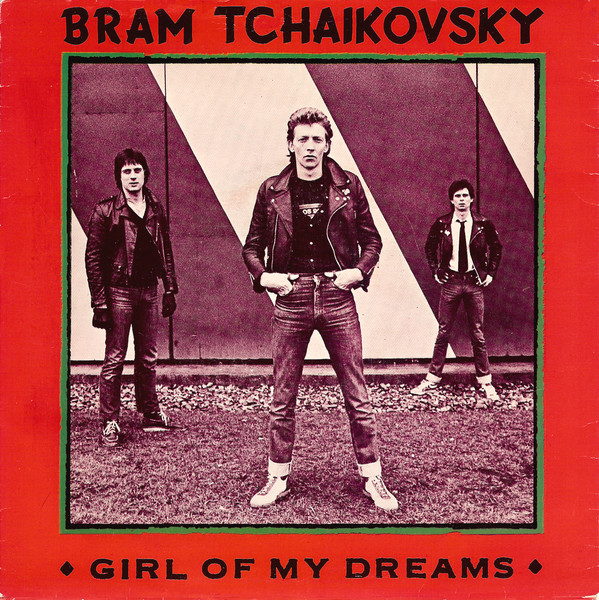 Few songs on either of the UK Pop discs perfectly illustrate the sound of pure, undiluted power pop quite like Bram Tchaikovsky's "Girl Of My Dreams". The song is in direct juxtaposition to the band's appearance on the 45's picture sleeve looking like The Beatles in Hamburg by way of the Ramones in Forrest Hills, Queens - all leather, denim, and attitude. Bram (born Peter Bramall) was previously in The Motors and appeared twice on Teenage Kicks before leaving to form his own eponymous band. I've always liked this song since I first heard it on American Top 40 sometime in August 1979. I do not recall their appearance on Don Kirshner's Rock Concert so it wasn't until the DIY sampler disc was released in 1992 that I think I even heard "Girl Of My Dreams" again. Then it appeared on Time-Life's Sounds Of The Seventies - AM Heavy Hits in 1994 and Poptopia! Power Pop Classics Of The '70s a few years after that. Last year, Cherry Red Records with Bram's blessing reissued the group's 3 albums (plus 16 bonus tracks) in a 3CD box for fans like me who missed them the first time around. 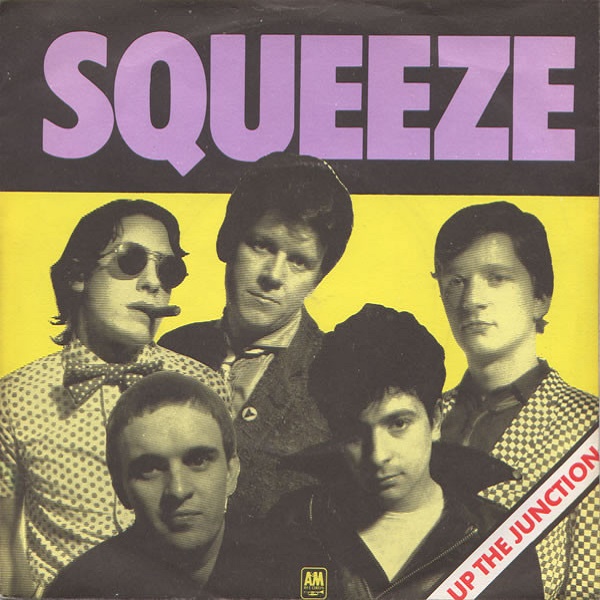 Squeeze's "Take Me I'm Yours" from their debut album appears on Teenage Kicks but "Up The Junction" from Cool For Cats is on Starry Eyes and I'm still humming it after hours after listening to it. Whereas "Take Me I'm Yours" is more new wavey and synth-based, "Up The Junction" is a story song driven by the lyrics and a great backing track. While "Girl Of My Dreams" is my favorite track on Starry Eyes, "Up The Junction" isn't too far behind. Didn't get into Squeeze until I found an original UK pressing of their East Side Story album laying on an abandoned runway along with Kraftwerk's Radio-Activity and Ultravox!'s self-titled first album. Then I picked up the legendary 45's And Under compilation in 1982 followed by A&M Classics - Volume 25, another compilation, in 1988. Sometime in the early 90s, I went back and began picking up the band's catalog. 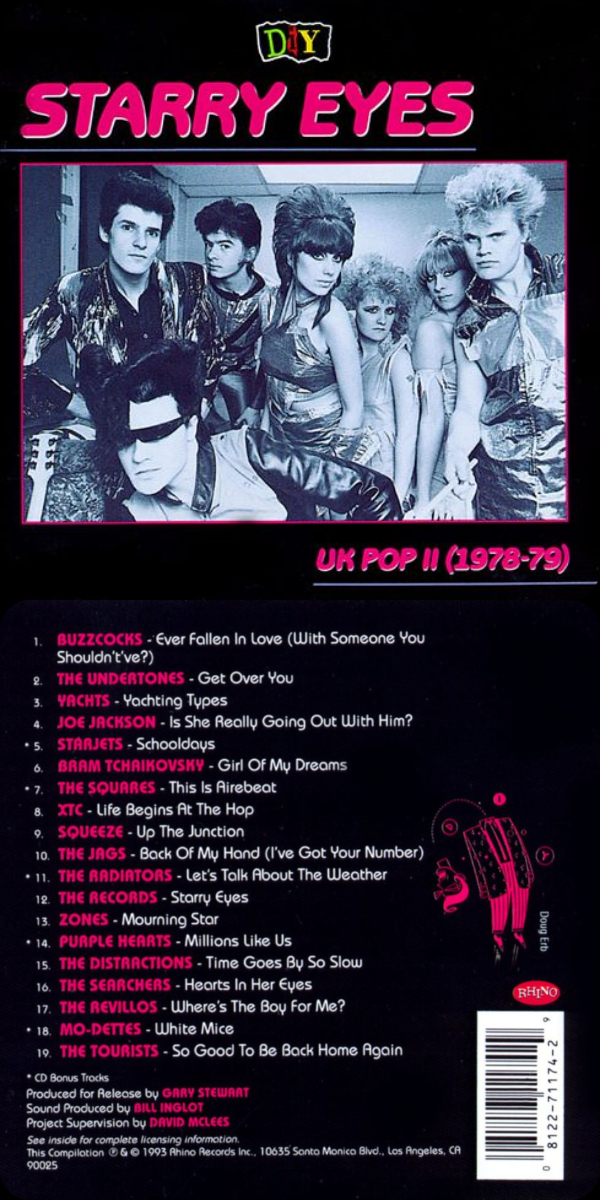