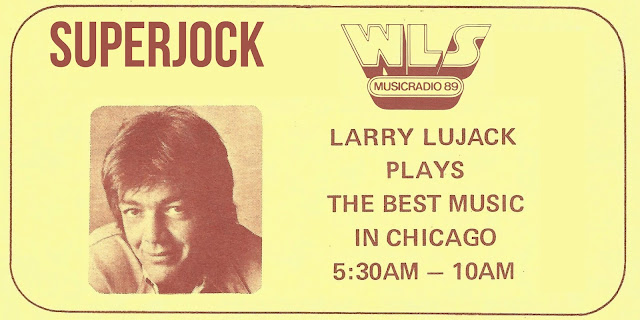 Superjock Larry Lujack ranks among the greatest radio DJs of all-time. I know this because other radio men I know and respect have said so:
Growing up, I was fortunate enough to hear "Uncle Lar" 10-15 minutes a day on WLS riding with a parent if the weather was too bad to walk to elementary school. In junior high, the school bus driver played WLS. Sometimes, I was even lucky enough to catch Animal Stories. <sound of coyote howl> 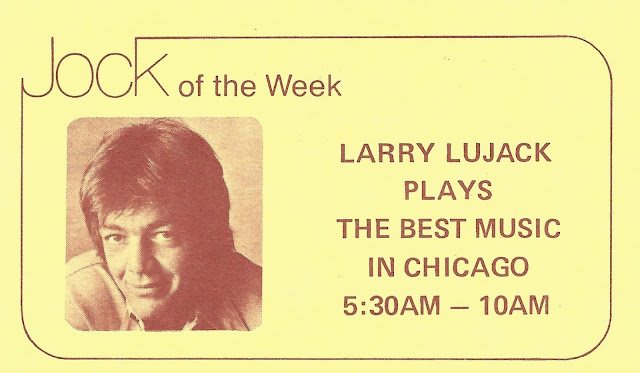 Today we're taking a look back at the WLS Music Survey from the week ending November 19, 1977, and Larry Lujack was the Jock Of The Week that week. He was the self-proclaimed Superjock.
🎧🎧🎧🎧 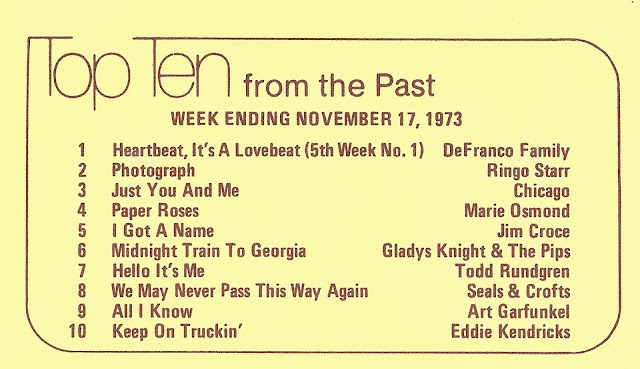 The Top Ten from the Past featured on the back of the survey dated November 19, 1977, flashed back to November 17, 1973. The song I'm least familiar with is Art Garfunkel's "All I Know" down at number 9 so it was the first one I cued up to listen to and after listening, I can honestly say I don't recall ever hearing the song on the radio but it had a sweeping orchestral beauty to it that seemed vaguely familiar so I looked it up and there it was: 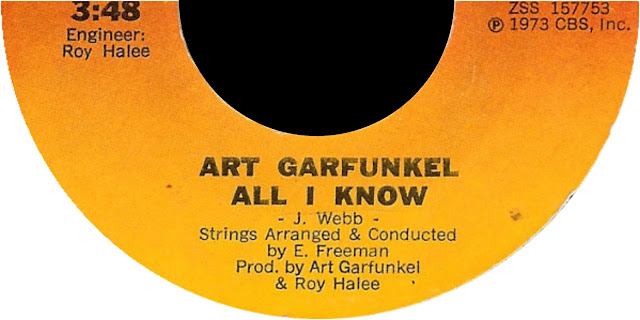 It's a Jimmy Webb composition, of course, though Webb didn't release his version of it until 1996's Ten Easy Pieces, a collection of his songs that others had hits with. The rest of the Top 10 from 1973 can be summed up in two words: simply massive. 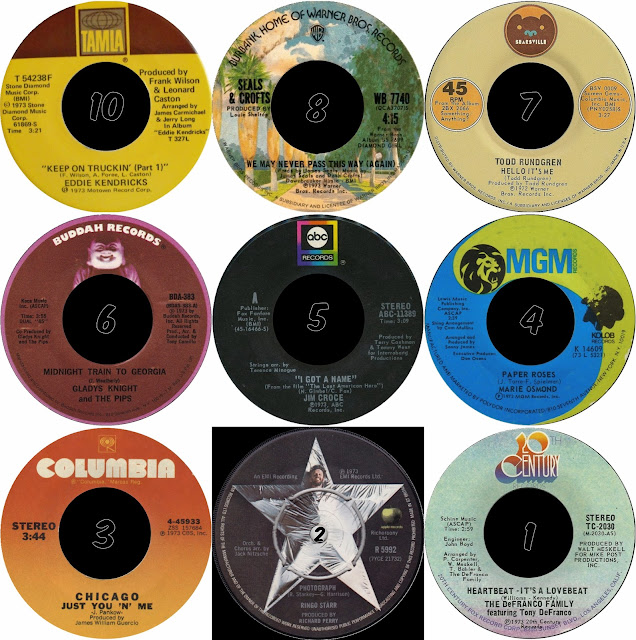 Every one of the singles pictured above is a favorite here at The Hideaway and I'm proud to say I own three different copies of the week's Number One song - enjoying its fifth and final week atop the chart - "Heartbeat - It's A Lovebeat" on 45:

The original pressing on the left is my most recent find. It's in near mint condition in an original 20th Century Records sleeve and I picked it up at Record City in Las Vegas just last week for a buck. The picture sleeve version in the middle is also in really good condition though it plays with a few pops and the flipside of the picture sleeve has a girls name written in blue ink. I found it at Bookman's a little more than a year ago for $2. The version on the right is actually the first one I ever bought back in 1976 or 1977 at Musicland in the Market Place mall in Champaign, Illinois, where I also picked up the majority of my copies of the WLS Music Survey before they were "lost" in our move in 1981. If I recall correctly, it cost 50-75 cents more than the current Top 40 singles. The record is still in great shape despite the many MANY plays it has gotten over the years and there's just something about the Remember Series label that grabs my attention. 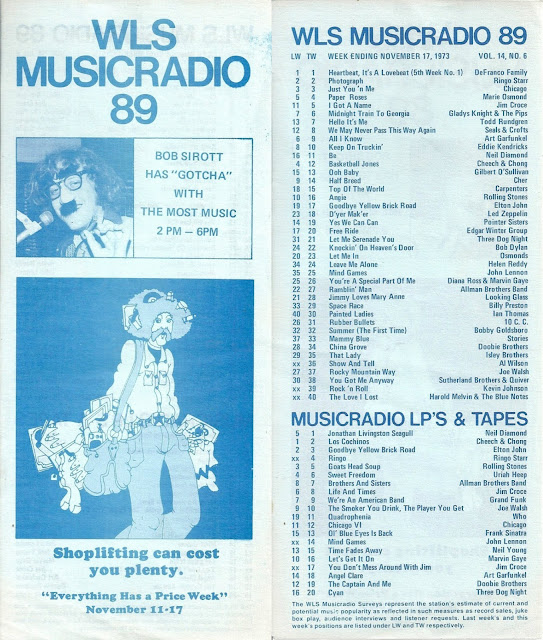 November 17th proved to be the fifth and final week of the song's reign atop the WLS chart which featured just forty singles back then. The following week, Ringo Starr would hold the top spot for the first of two consecutive weeks before being replaced by Jim Croce for a week and then Todd Rundgren for a week.

The Etcetera, Etc. feature on the back of the November 19, 1977, survey is a rare disco 2fer with lyrics to both Donna Summer's "I Feel Love" (number 5 on the Forty-fives chart that week) and Heat Wave's (sic) "Boogie Nights" (number 2 for the week before ending Debby Boone's seven-week stint at Number One the following week.)