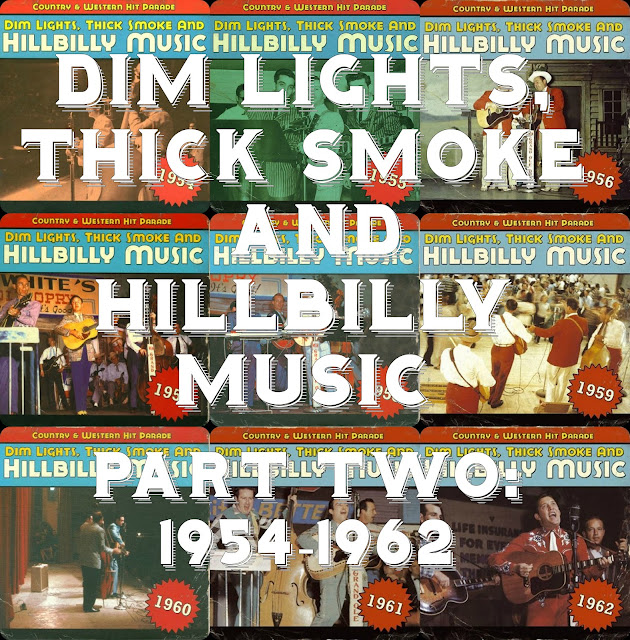 Have you ever stumbled across an album, usually found in a bargain bin/thrift store/yard sale, bought it, loved it and then somehow found out it was part of a much larger series? That exact scenario has happened to me more than a few times but that's not why we're here today. No, we're huddled here today because shortly after I stumbled onto the existence of Truckers, Kickers, Cowboy Angels - The Blissed-Out Birth Of Country Rock, an amazing thirteen disc, seven volume series tracing the birth and early evolution of country-rock from 1966-1974, I discovered that another Bear Family produced country music series had preceded it.

Dim Lights, Thick Smoke & Hillbilly Music - Country & Western Hit Parade covers the genre's rise and spread from the rural to the urban thoroughly and definitively from 1945-1970 with a single disc devoted to each year. Each volume in the series comes in a digipack resembling a small book and in addition to the disc, each comes with a 72 page illustrated booklet written by country music historian Colin Escott, telling the story behind each song including full recording session and label info. He admits that while Billboard charts were used in compiling the series, it appears he either chose to not use specific chart info or decided not to license it for publication on behalf of Bear Family. Escott does, however, write what has proven to be one of my favorite lines ever in a CD booklet on page 6 of the 1945 book:

Today, we're featuring the second nine volumes in the series, covering the years 1954-1962. Don't blink or you'll miss a couple of appearances by the future King of Rock and Roll. 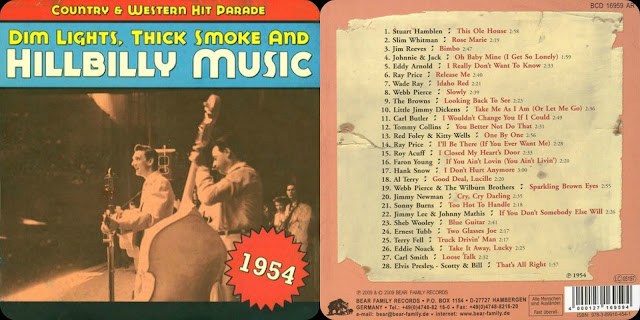 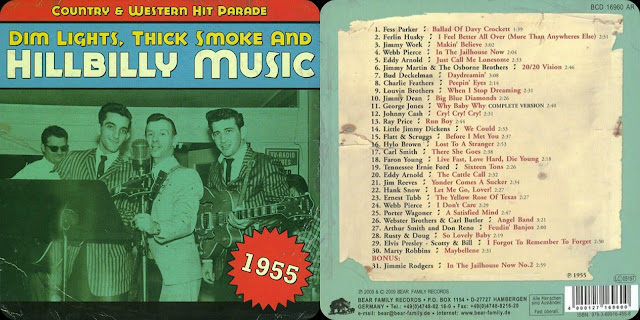 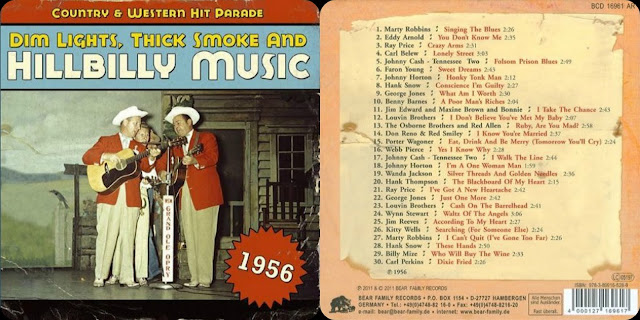 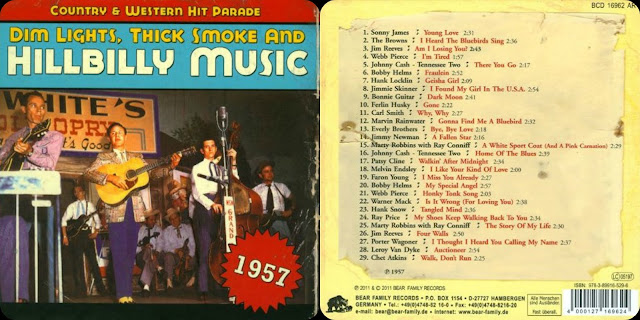 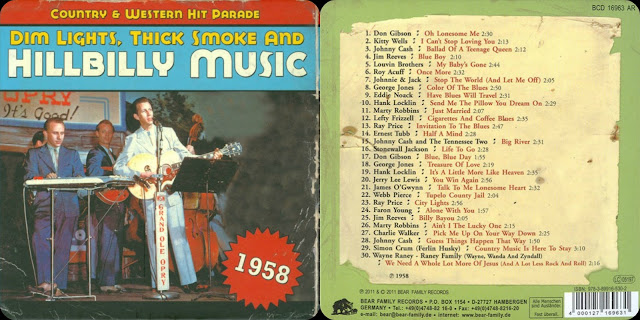 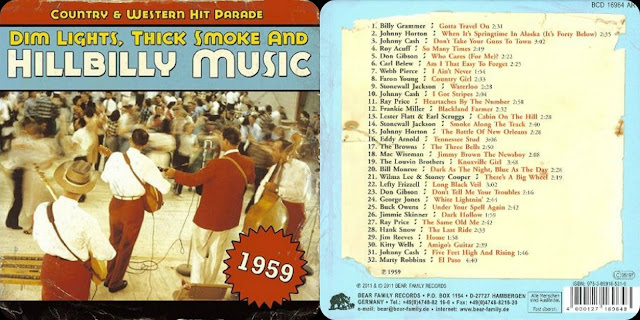 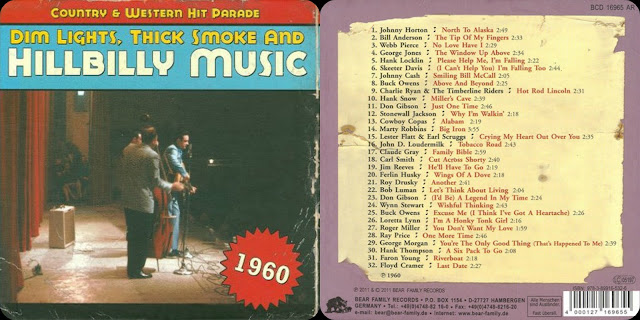 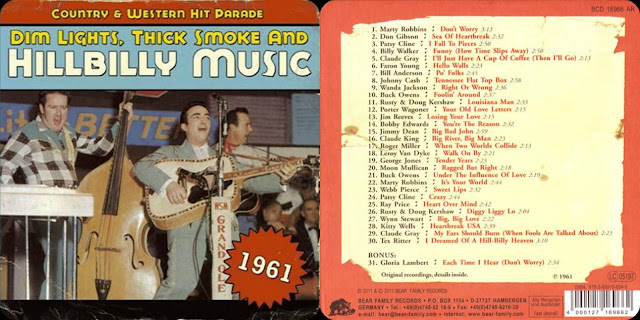 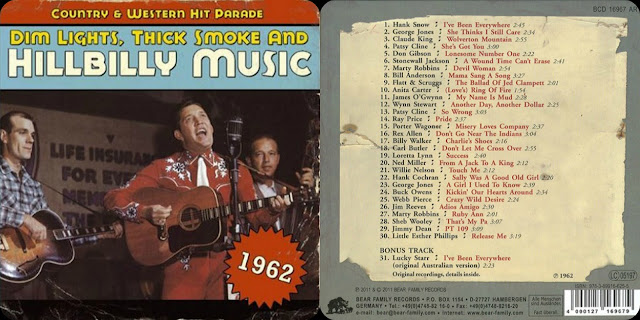 This series of posts is specifically dedicated to a man I don't give nearly enough credit for shaping my musical tastes from birth, my late maternal grandfather, my Pawpaw. This is the music he was listening to when he got a job, got a wife and started a family. He exposed me to country music, hillbilly music, and bluegrass via his choice of radio stations in the car, his truckstop eight-track tape collection and, most importantly, his insistence that we watch whatever country music or rural related show happened to be on including but not limited to Hee Haw, The Porter Wagoner Show, The Glen Campbell Goodtime Hour, The Beverly Hillbillies, The Andy Griffith Show, That Good Ole Nashville Music, Petticoat Junction, The Johnny Cash Show, Pop! Goes The Country, and Green Acres. (He also enjoyed watching wrestling and most game shows.) When Pawpaw bought a van a few years back that had SiriusXM, he happily discovered Bluegrass Junction and played it loud, much to the chagrin of his personal chauffeurs and caretakers, his three loving devoted daughters including Mom, his oldest. And as he got shorter and lost his hearing, he compensated by doubling the TV volume and when he found the RFD channel, featuring several of the shows listed above, that was all he ever watched and you could hear it before you even got inside the house. I miss him more than I thought I would. If I would have come across this series of CDs before he passed, I'm sure he would have enjoyed listening to them. Miss you Pawpaw.