One of the richest veins of Holiday and Christmas music to mine is the legendary holy mother lode of Time-Life Music. HERC has nearly two dozen such discs and today, he's sharing a favorite as it has evolved through the years. 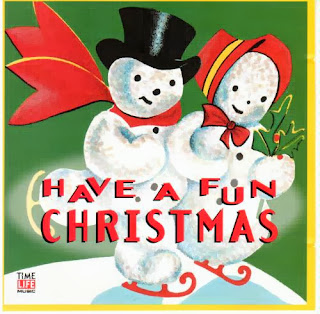 In 1995, Time-Life released a single 10 song collection of songs they titled Have A Fun Christmas (above), manufactured by Sony Music Special Products. Then in 2003, they issued another collection also named Have A Fun Christmas (below).  This one was a 14 song single disc manufactured by Universal Music Enterprises.  The following year, a double disc 32 song set featuring all of the songs from the single disc hit the market. Cover art was the same for both sets. 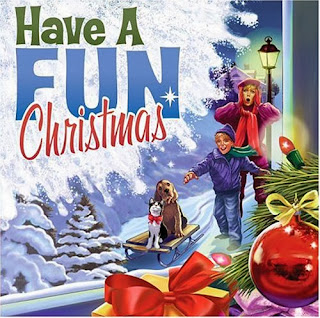 Then, during his 2005 pilgrimage for Christmas mistletunes which also yielded Dig That Crazy Christmas and Elton John's Christmas Party, HERC picked up the three CDs pictured below: 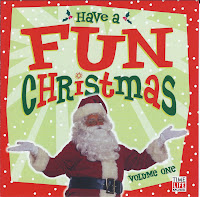 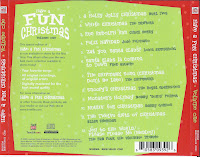 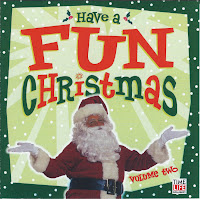 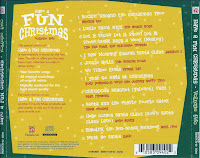 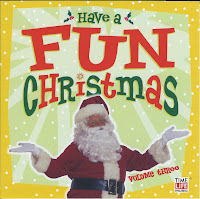 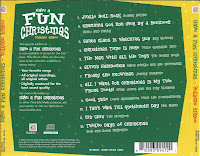 Each of these Have A Fun Christmas discs bear a copyright date of 2003 and was manufactured by Universal Music Enterprises only this time around they added four new songs to the 32 song double disc set mentioned above and spread those 36 songs equally across all three discs.  As with all previous incarnations of the Have A Fun Christmas album, the songs are geared towards the little ones or the young at heart; you won't find any hymns or spiritual stuff here - this is the delightful daffy definition of Happy Holiday Music.