My Favorite Albums from 1975: Part Two 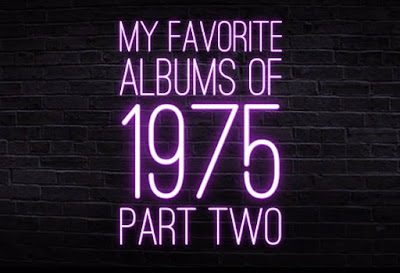 Warning! If you're tired of reading about my Dad, his music collection or the eight-track tape collection of his baby brother, my Uncle Sam, then these posts are not for you. Move along. While writing the previous post about albums from 1975 in Dad's collection, I started making a list on the side of other albums; some from his stash, others from Uncle Sam's and still others I managed to find on my own some years later. Featuring the first eleven albums on that secondary list today and then the other eleven on the next post. As always, comments are encouraged. 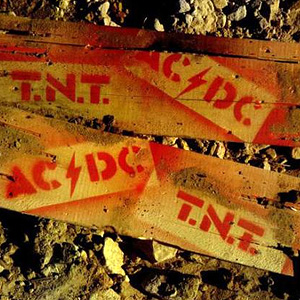 I did not get into AC/DC until 1980 when I first heard the whole Back In Black album over at Robbie Rottet's house. I don't recall WLS playing them but when we moved to Tucson, they were all over KLPX. Virtually all the album's tracks were getting airplay but they were also playing older AC/DC, stuff that was all new to me. Then in November 1981, For Those About To Rock was released, purchased and quickly dubbed to both sides of a TDK SA-90 that lived in my Walkmen for a couple of weeks until a friend let me borrow his copy of Back In Black. I dubbed that album on the A side of the tape and For Those About To Rock on the B side and that tape spent a solid couple months soundtracking my walks and bus rides to and from school. I later borrowed Highway To Hell from that same friend (Greg?) and taped it and became obsessed with Bon Scott's voice but it wasn't until after I got a job in 1983 that I furthered my AC/DC collection. I bought every album I could find and the band's High Voltage soon became my favorite album. Then I discovered the Australian version of the album which only has two tracks in common with the other version. Then I found the Australian version of T.N.T., paid way too much for it and fell in love with it. If I were to rank my favorite AC/DC right here right now, Highway To Hell would be at the top followed by T.N.T. Besides the balls-out rock of the title track and the bagpipes heard on "It's A Long Way To The Top (If You Wanna Rock 'N' Roll)", my favorite track is the lewd, lecherous and lascivious "Can I Sit Next To You Girl." 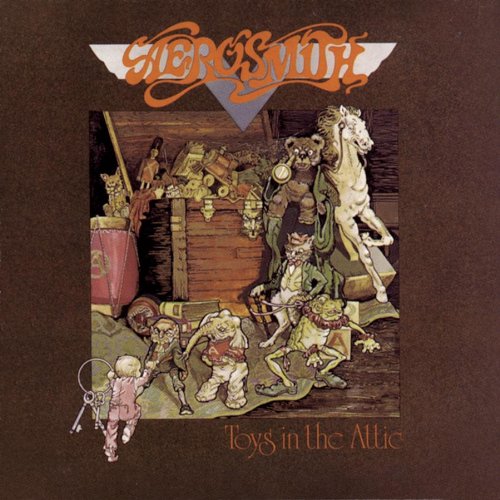 When I first heard Toys In The Attic, it was on 8-track in Uncle Sam's "space helmet" player. For the longest time thereafter, my favorite song on the album was the frantic title track that opened the album though the only words I knew was the "toys! toys! toys!" refrain of the chorus. (Hey, I was all of nine years old and the rest of the songs sailed over my head.) On the 8-track, it was immediately followed by "Walk This Way" and "Ten Inch Record" both of which I recognize as classics today. Then after a now forgotten track came the stone-cold snarling, serpentine riffs of "Sweet Emotion" which was later used brilliantly to open the film Dazed & Confused. As has often been the case, the tracklist of the 8-track is how I prefer to listen to the album so mixtapes, programmable CD players and, now, playlists give me what I want though I almost always skip the fourth track as well as the final four. Just played my favorite four songs through the Marshall Acton speaker sitting here on my desk and, for thirteen and a half minutes at least, this crazy world made perfect sense. 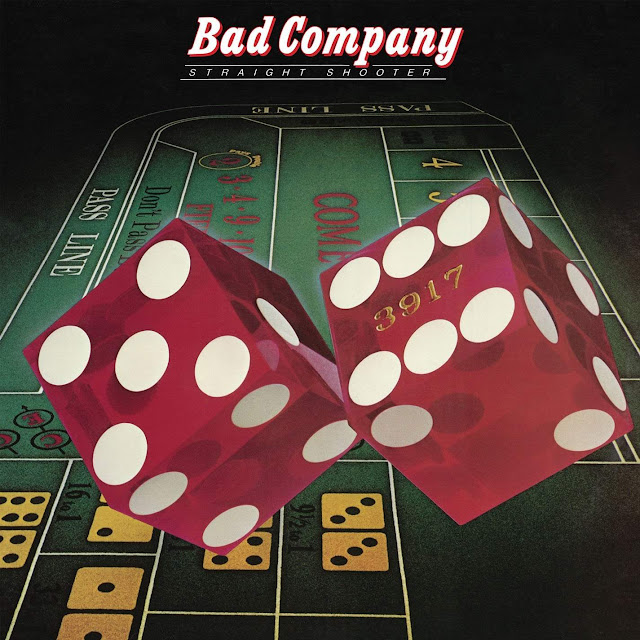 This one is another Uncle Sam 8-track with only a slightly different playing order than the vinyl or cassette or CD, with "Shooting Star" leap-frogging up from the fourth spot to the second spot in the running order. Not surprisingly, this album also sounded amazing playing through the Acton. Or at least these three classic rock staples did before I pulled up the next album in an-
tic-
i-
pa-
tion. 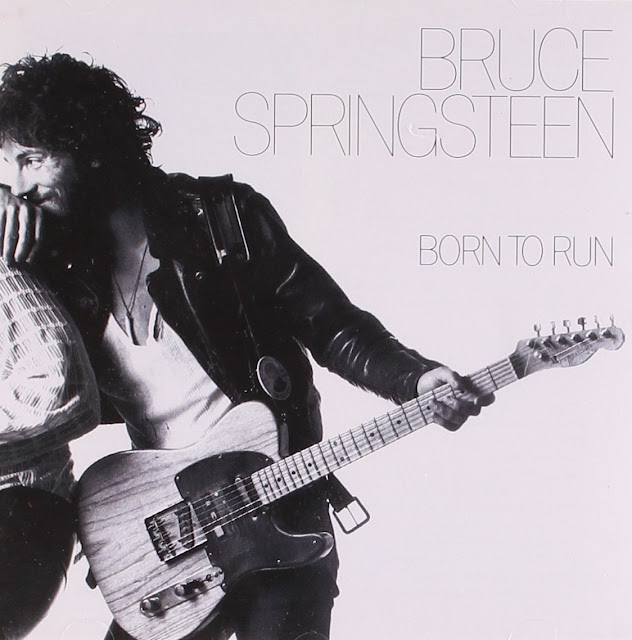 So yeah, this one is obviously a must-listen all the way through, from "Thunder Road" to "Jungleland." My good friend Mark has said that listening to vintage music in a vintage format on vintage equipment is the best way to enjoy it (or something like that; I expect he'll deny, clarify or ignore it down in the comments) and while the Acton was created in this century it sounds (and looks) mighty fine playing this more than forty-year-old music. I am unable to recall when I first heard this album but I have been a fan ever since whenever it was. Not like a disciple that has to see every show or even meet the man but a fan nevertheless. 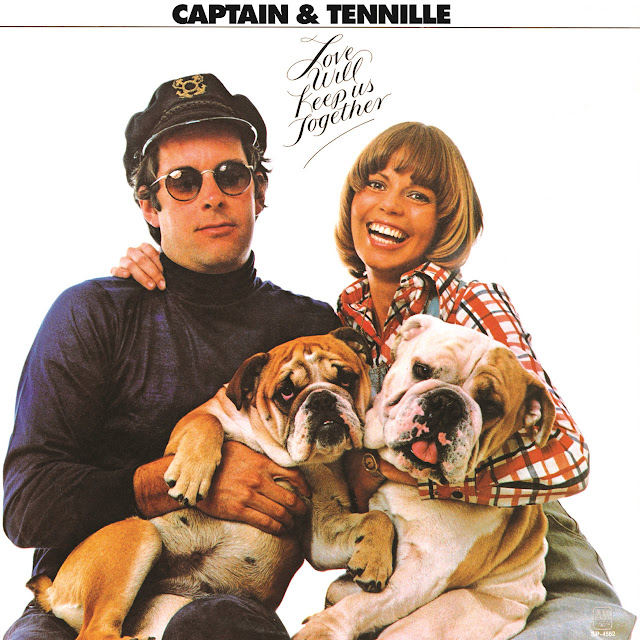 Did anyone not love "Love Will Keep Us Together" when it dominated the airwaves back in the Spring and Summer of 1975? The Grammy voters loved it. ABC programming executives loved it. I loved it and even my Dad loved it - he brought the album into the house first but in April 1976, it was one of my initial RCA Music Service selections. One of my aunts even bought the Spanish-language 45 of the album's title track, on purpose, because the song is that crazy good. While much of the credit does and should go to Daryl and Toni, one look at the credits tells you that songwriter Neil Sedaka deserves some of the love although his original version of the song sounds more like "Takin' It To The Streets" to me. Dad was a big Sedaka fan from way back in the Fifties and relished the man's mid-Seventies comeback, especially his lounged-up version of "Breaking Up Is Hard To Do." 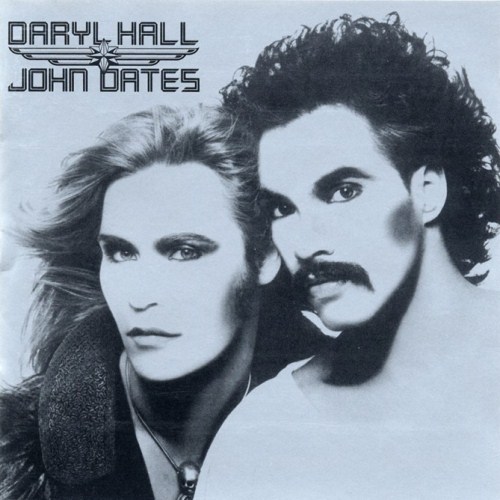 Due to circumstances beyond my control, I was late to appreciate the greatness of this self-titled album from the dynamic duo and now I cannot imagine life without it. It wasn't until 1982 or perhaps as late as 1983, that I bought a cheap, used and dusty copy but soon upgraded to a pristine new vinyl album. While it is not accurate to say I hear something new each time I listen, I would say I've come to appreciate different parts of the album upon successive listens. It was a pleasant surprise to hear "Alone Too Long", the duo's first charted single on the R&B chart, as the theme song for the HBO series Hello Ladies. 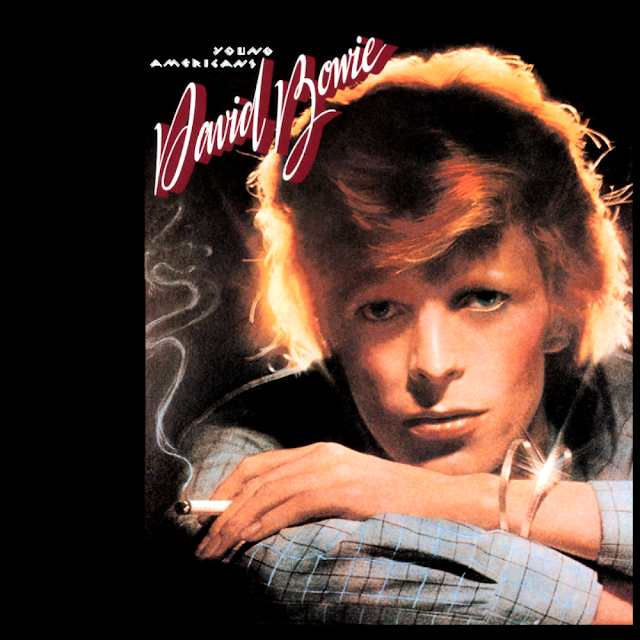 My Dad had all but stopped buying 45s after I came along in 1966 and all of his discretionary income evaporated as he was both still a newlywed and now a new father, though I recall him buying several of them in 1975 after nearly a decade of buying vinyl albums and 8-tracks exclusively. Three 45s I recall, in particular, are Queen's "Bohemian Rhapsody" (which I later scratched and received my last brutal spanking by belt), Zager & Evans' "In The Year 2525" (one of his all-time favorite songs from 1969, he found it by accident while looking for another single) and Bowie's "Fame" (hands down, the funkiest 45 Dad ever owned.) He never bought the Young Americans album and I didn't pick up a copy for myself until the early Eighties. It's a solid listen and was recently remastered and released as part of the Who Can I Be Now? boxed set covering the years 1974-1976 with the revelation that the Young Americans album was originally preceded by a planned album titled The Gouster, which is recreated in the set. 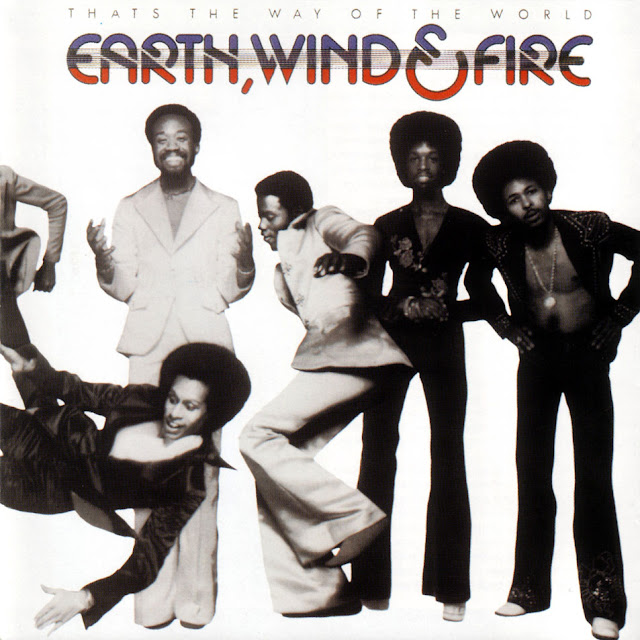 Though I'm not really certain, I think this was a Columbia House Selection of the Month that Dad played not often but just enough to make me want to hear it more. I'm fairly positive that I heard the title track on WLRW in glorious FM stereo one day and thought it was the greatest thing I had ever heard. The funktastic "Shining Star" was heard often on WLS (and in the 2016 film Doctor Strange) and I later discovered the magical romantic power of "Reasons" as a wannabe high school lothario. 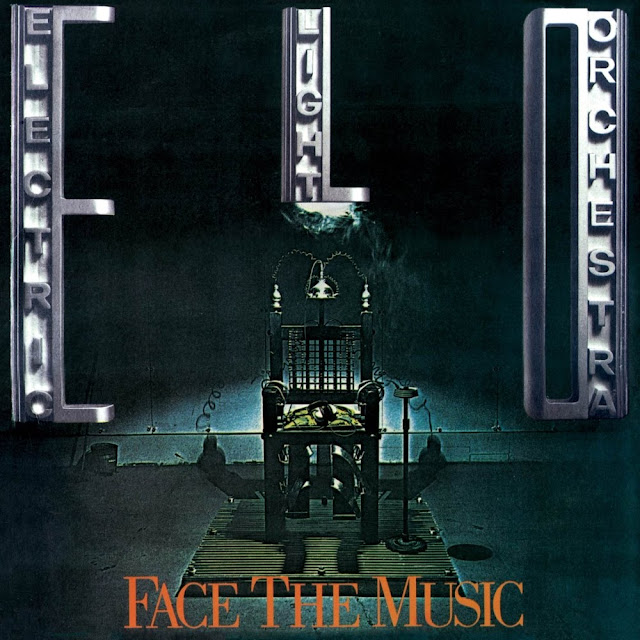 I wasn't buying albums in 1975. I was listening to WLS and, to a much lesser extent, WLRW as well as whatever Dad was playing on his stereo in the basement, on his portable AM/FM/8-track system in the carport or on the 8-track player in his Chevelle. I had an AM/FM handheld stereo for listening in my room and one of the most vivid memories I have of listening to music on that radio is the song "Strange Magic." Whenever I hear it, I am instantly transported back to my second-floor bedroom, reading Marvel comics or MAD magazines on my bed while WLS played on the radio. "Evil Woman" got some plays too but it lacks those time-travel capabilities of "Strange Magic." Regrettably, I never heard the Face The Music album until I bought a copy in the mid-Eighties after hearing repeated airings of the album opener "Fire On High" on KLPX. It was never announced or back sold so finally one night I called the station after it played and spoke to the DJ who clued me in and I bought the album within days. Because of the early exposure, I still prefer the single edits of "Strange Magic" and "Evil Woman" to the longer album versions. 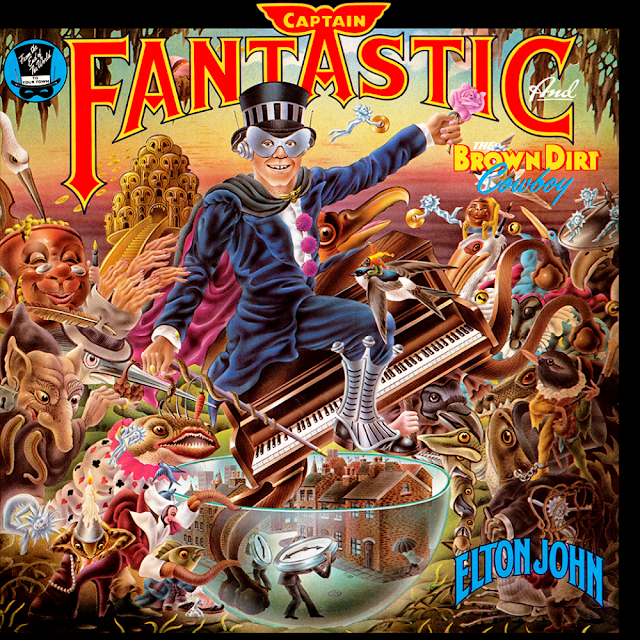 At least two of my friends consider this not only to be their favorite Elton John album but also their favorite album of all-time, period. Dad had it on 8-track but rarely played it - his favorite Elton album is also my favorite, Goodbye Yellow Brick Road. I'd eventually like to have prints of the cover art for both that album and this album hanging on my walls. Through the years, this album's music and lyrics have revealed themselves to me and I was so very happy to finally pick it up on compact disc in 1995 as it contained two of my favorite non-album singles as bonus tracks: "Lucy In The Sky With Diamonds" which I prefer to Lennon's original (sacrilege, I know) and "Philadelphia Freedom" (both tracks are uniquely credited to The Elton John Band on their respective 45 labels) which not only is a great song, it was the official song of the Philadelphia Freedoms, Billie Jean King's team in World Team Tennis. Elton was such a big fan he had Bernie whip up some lyrics then set them to some Philly soul-sounding music. By the time the song was released, in 1975 however, the team had relocated and merged with the Boston Lobsters. Much to my ignorance surprise, World Team Tennis is still a thing in 2016 and once again there is a Philadelphia Freedoms team. 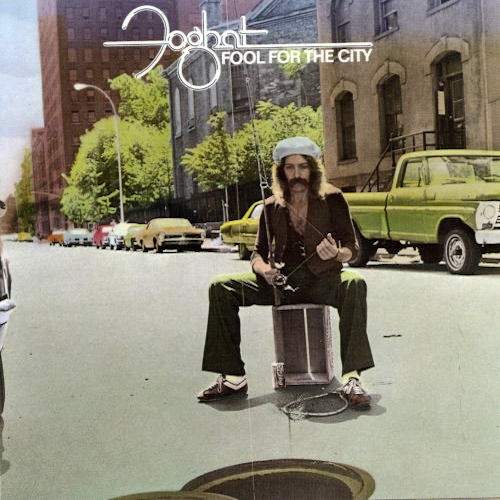 Yet another slammin' 8-track from my Uncle's collection. I don't recall any of the other songs from the album save for the hard-rocking title track and the built for the road blues-rock of "Slow Ride." Those two songs bookend the 8-track version of the album, with the former kicking things off and the latter wrapping things up. All I can remember is hearing the last song and then the tape would click over into the first song as it looped back around as if it was intended to be played that way. "Slow Ride" was also used to great effect as the final song in Dazed & Confused and so it shall be here as well.