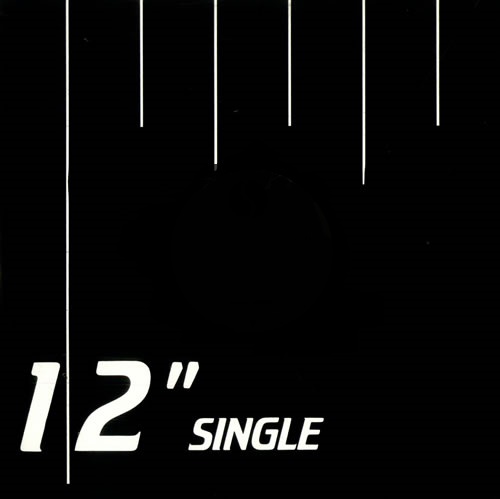 Back in September 2015, we revisited more than 30 of my favorite twelve inch singles from 1985.  Much to our surprise, we found eight more of those bad boys and girls up on the Vinyl Wall patiently waiting for their turn on the turntable and in the spotlight here on The Hideaway.  Not only are these great songs given great remixes or extended treatments, they are an easy way to feature even more of my favorite singles from 1985 without going over my self-imposed 100 song limit.  It's a minor technicality for sure but my list, my rules.  Here without further adieu are an additional eight more of my favorite twelve inch singles from 1985. 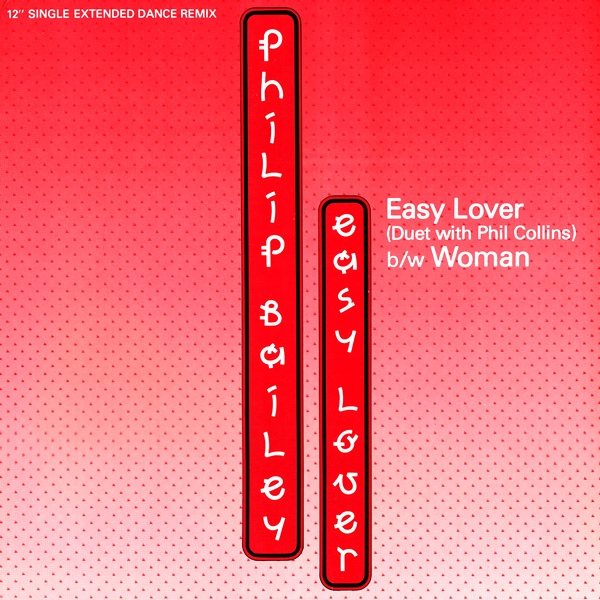 Remixer John "Tokes" Potoker squeezes an extra 1:15 out of the album version of this percussion heavy track.  From the Phil Collins Golden Era of 1984-1988 when he did everything (produce, write, perform, act) and did it well.  The 129 BPM song chugs along though I am not too clear on what the lyrics mean - is an "easy lover" desirable or to be avoided? Picked up my copy back in the day at the behest of my then paramour.  She's still my girl and she still likes this remix. 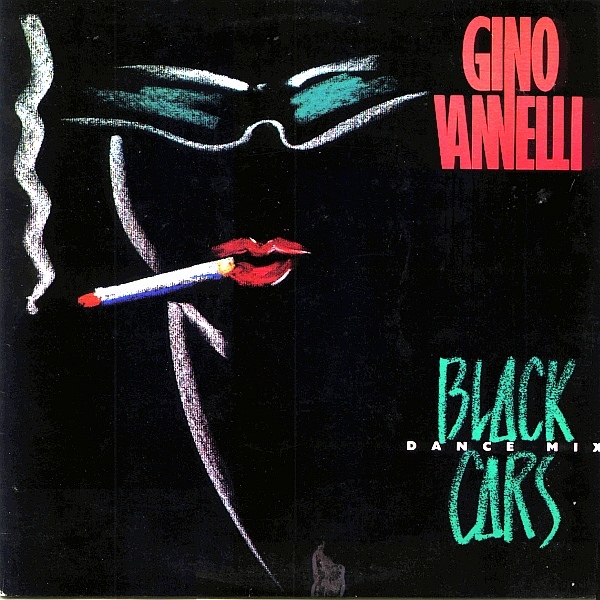 After his soft rock hits from the late Seventies and early Eighties, I was unprepared to see Gino Vanneli's name on this quirky, jerky dance single.  The uncredited Dance Mix runs more than a couple minutes longer than the album version and I'm fairly certain it is about the same beats per minute (or close to it) that "Easy Lover" registered above.  I picked this one up at the late, lamented Hollywood Records on 22nd Street near Pantano, where I bought the majority of my records from 1981-1986. 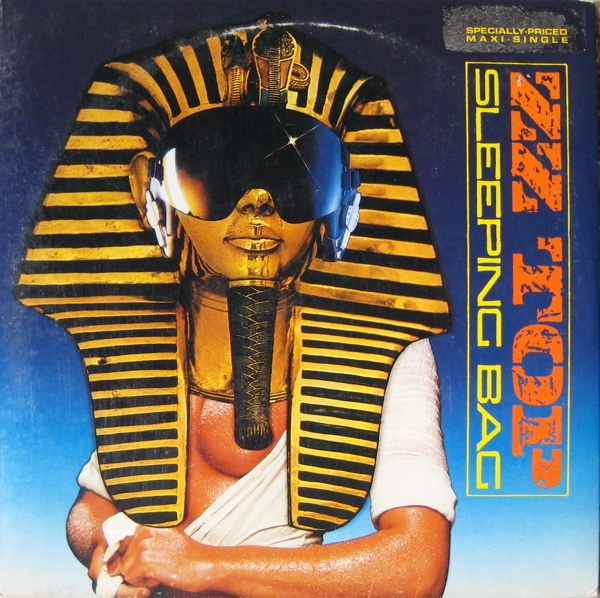 "Sleeping Bag" continued the rock and synths sound the band had developed on their previous album, the massively popular Eliminator.  I remember four guys I worked with at Arby's back in 1984 all had those iconic ZZ Top key chains for their beat up and run down vehicles.  I may have been secretly jealous - that key chain would have looked pretty sweet dangling from the key in the ignition of the HERCMOBILE, a dark green '64 VW Bug with custom flared fenders,fat tires and five spoke Cragar mags.  My key chain at the time was a small chrome hex nut fastened to my single car key with a green twist-tie from a loaf of bread. 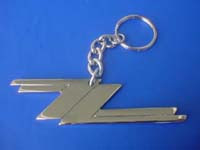 The stomping at the beginning of the remix eventually gives way to a drum machine with all sorts of whiz bang effects popping off in the mix.  It sounded really good in the HERCMOBILE but come to think of it, I am pretty sure it has not debuted on The Blueberry's high-powered Fender/Panasonic system just yet and that oversight will be remedied soon.  For the record, this was the second to last one I bought in 1985, on the eve of Christmas Eve. 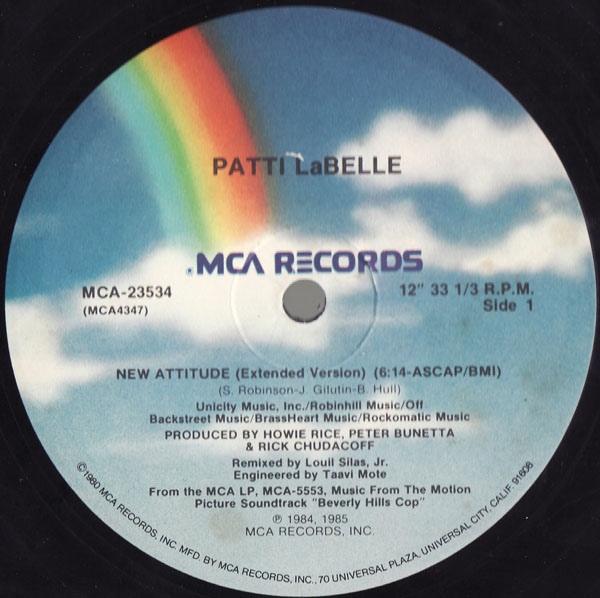 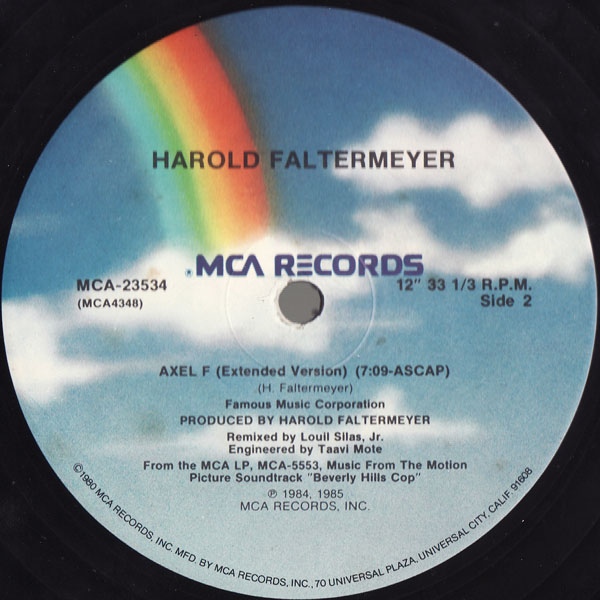 Louil Silas Jr. gets credit for both of these stunning mixes, a rare hits on both sides twelve inch with songs from the Beverly Hills Cop soundtrack.  This one followed me home in March 1985 and though I only noted "Axel F" in my music journal that day, the record is still shelved on the Vinyl Wall. There are other mixes of "Axel F" out there but this one is by far my favorite and the wonderfully upbeat "New Attitude" soundtracks more than a few of my getting ready in the morning montages. 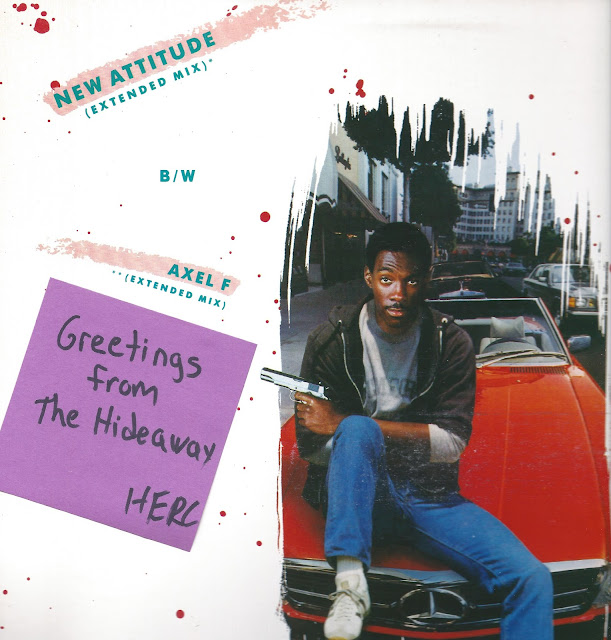 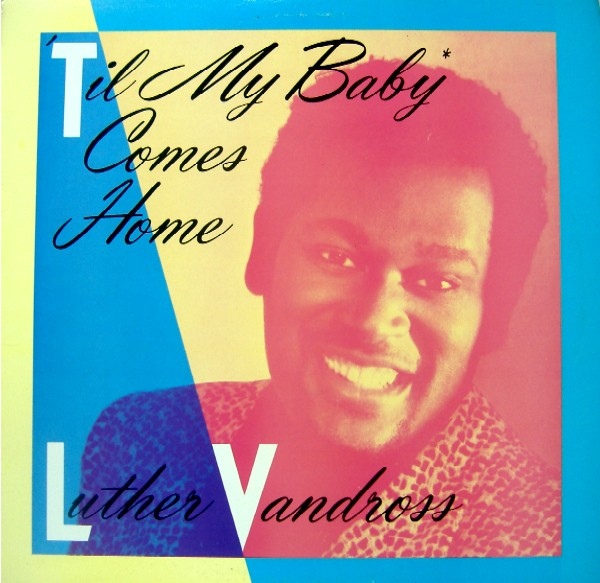 The 7:37 Dance Version is credited to producer Marcus Miller and engineer Ray Bardani and features an scorching organ solo by Billy Preston.  This was one of those records I bought the night I heard it playing in Loco Records, which seem to have a better system than most of the other stores I was frequenting back then.  Longtime University of Arizona institution Al Bum's, for example, always sounded like AM radio though you could see the records playing on the Technics deck right behind the counter, next to the ashtray full of skinny cigarettes.  Pretty sure this was on purpose as the guy only ever played early Who, Kinks, Bowie and Alice Cooper.  Luther also snapped and scatted the intro to Stevie Wonder's "Part-Time Lover" which was one of my previously listed Favorite Twelve Inch Singles of 1985. 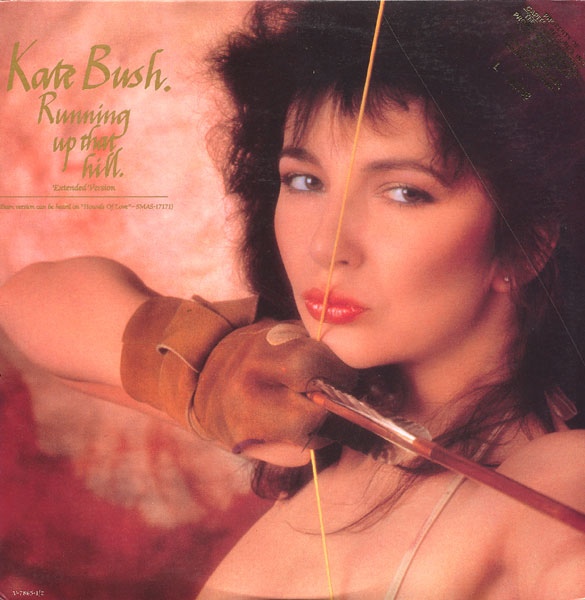 After picking up Kate Bush's Hounds Of Love album specifically for this song, I fell in love with the album and began seeking out the rest of her discography.  I never expected to find any twelve inch singles from Hounds Of Love but in 1986, I was fortunate enough to come across maxi singles for "Running Up That Hill", "The Big Sky" and "Cloudbusting".  The former two showed up in all of their respective, extended glory on the 1997 reissue of Hounds of Love on CD making even more of a must-buy for me. 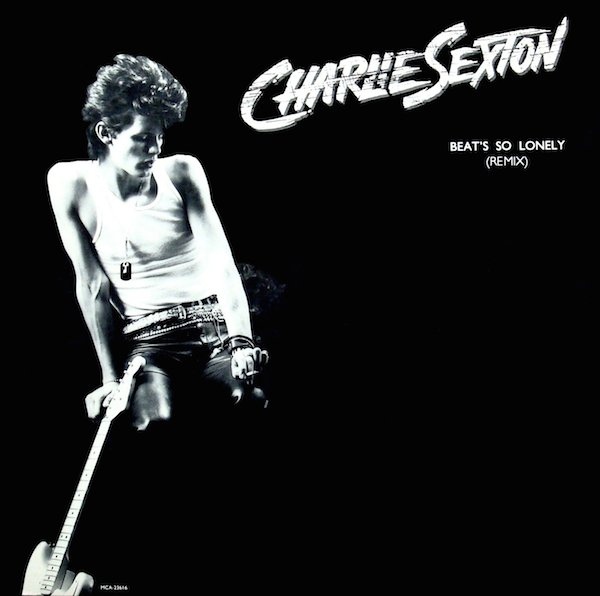 Not 100% positive but I think I picked up Charlie's Pictures For Pleasures early in 1986 after hearing it in Loco.  I do remember thinking what an interesting girl on the cover and was surprised to find out it was Sexton himself, blessed with pouty lips and high cheekbones.  Come to find out, the guy was just seventeen years old, two years my junior at the time and already well-regarded in the Austin scene of blues-rockers.  Bought the twelve inch single for "Beat's So Lonely" without hearing it because I liked the song from the album and François Kevorkian was credited with the mix, titled Beat The Lonely Monster Mix.  Been on the hunt for the other remixes from the album while impatiently waiting for some specialty label or Mr. Sexton himself when he gets a break from playing in Bob Dylan's touring band to gather all the non-LP stuff together and issue a Super Deluxe Edition. Knowing what he has accomplished since 1985, that's probably the farthest thing from his mind.  In all likelihood, our boy Charlie has disowned the whole Pictures For Pleasure part of his career. 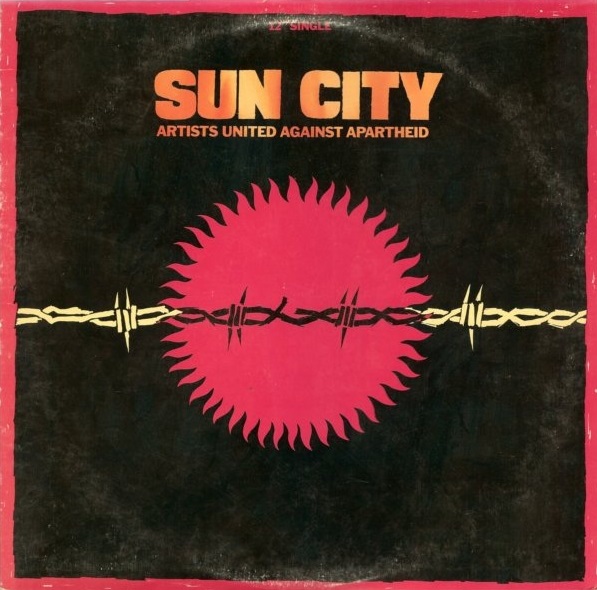 The Last Remix is on Side 1 in all of its nine plus minutes of incendiary glory and Side 2 has the more than twelve and a half minute long Not So Far Away (Dub Version) which is basically a long dubbed out version of "Sun City".   Took a while to finally lay my hands on a copy of this one in 1986 but it was so well worth it.  Both the single and the album still reside on The Vinyl Wall which will soon be moving to a new home and expanding to accommodate all the many donations you loyal viewers have sent in.