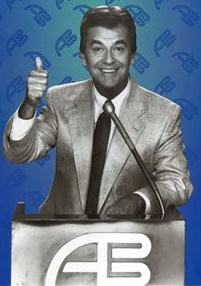 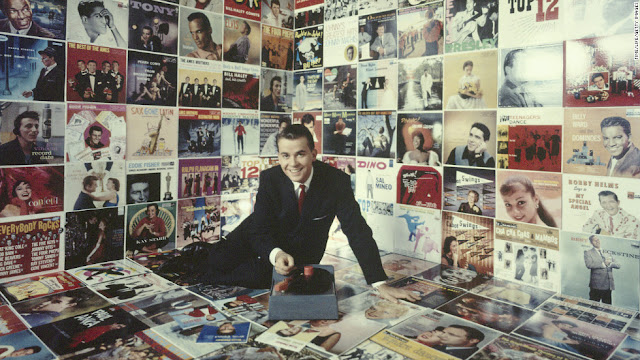 Dick Clark (seen above in an iconic photo from Life magazine) was the disc jockey in the background on a show called Bandstand before becoming the on-camera host in 1956. The following year, he took the regional show national on the ABC network, changing the title to American Bandstand. Originally broadcast live on weekdays in the coveted after-school time slot as a ninety-minute show, the show was eventually reduced to a half-hour as Clark began taping a week's worth of show's each Saturday, freeing up his schedule to host more lucrative concerts. By 1963, American Bandstand was an hour long show airing exclusively on Saturday afternoons. In 1964, Clark relocated the show from Philadelphia to Los Angeles, where it lasted until 1989. Tragically, of the more than 3,000 total episodes produced, less than 900 survive. Nearly 100 of Dick Clark's patented in between song artist interviews from American Bandstand are available here.
In addition to shilling for the Columbia Record And Tape Club in 1980, Dick Clark used his name and likeness to market several albums throughout his six decade career behind the mike and in front of the camera, including this one and the others pictured and listed below: 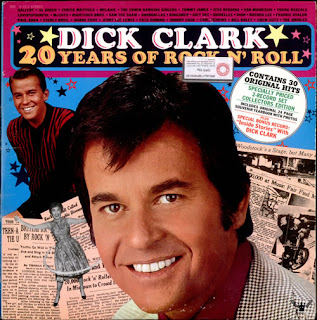 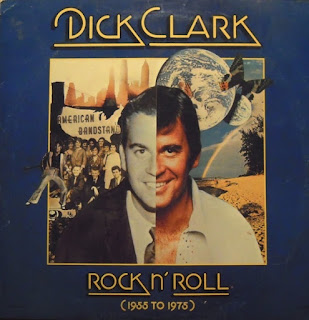 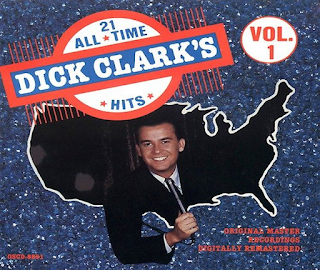 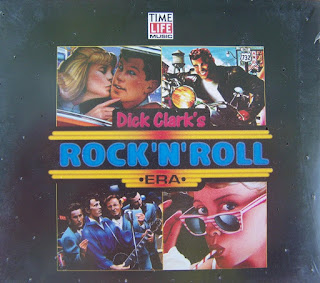 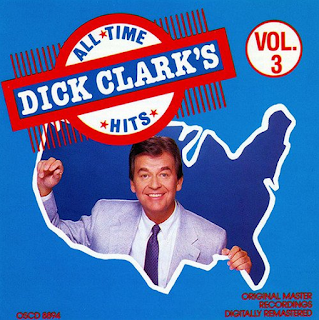 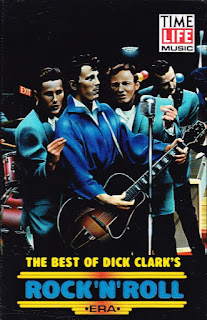 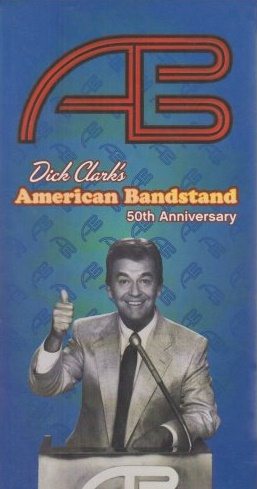 In 2007, Clark and American Bandstand were honored with a 50th Anniversary Collector's Set from Time-Life featuring six double-disc albums and 201 songs from the Fifties through the Eighties as well as a DVD of interviews Clark conducted on the show. Unlike many other similar history of rock style releases, this collection is non-chronological and HERC loves it. You know the music - it's got a good beat and you can dance to it! 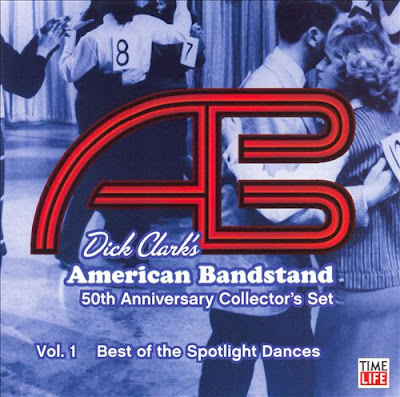 Ah, the Spotlight Dance. Only a very select few couples got chosen to participate in this part of the show. This album is filled with slow jams from the Fifties, Sixties and Seventies from Motown, Philadelphia, Chicago and Nashville. Wait, what the heck are Patsy Cline and Crystal Gayle doing on here?  Making it better. 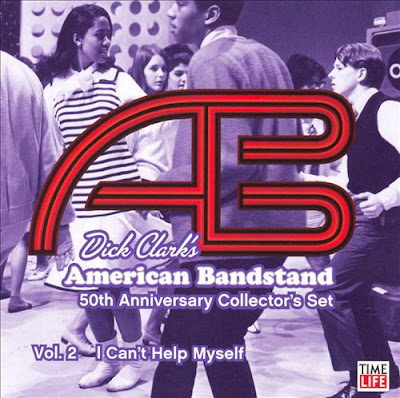 Disc One starts out as Motown's Greatest Hits for seven tracks before The Jackson 5 segues somewhat slyly into contemporary sound-a-likes the Osmonds. Disc Two is notable for sandwiching Cocker's "You Are So Beautiful" and McLean's "American Pie" between double thick slices of disco dance hits. This is where ignoring calendars and genres really pays off people, epic musical collisions right between your ears. 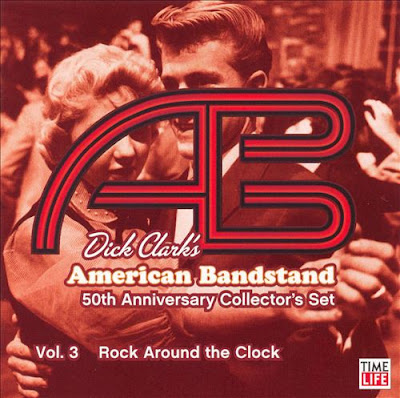 This one kicks off with three of the most iconic songs in rock's early history in the Fifties before taking a turn into a quartet of girls treated wrong songs from the Sixties. My favorite "underrated" Motown song appears as do killer cuts from Dusty Springfield and The Captain and Tennille to close out the first disc. To a music freak like myself, the underlying cohesion of Disc Two is obvious. How 'bout you? 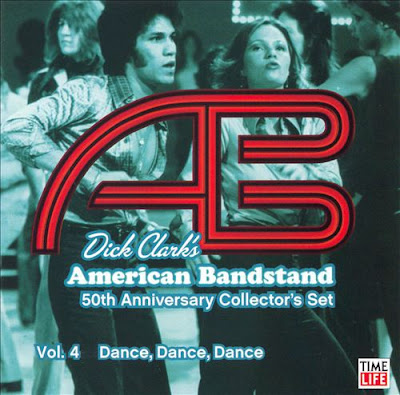 The first disc starts out with five consecutive Rock N Roll Hall of Fame songs straight from a Fifties diner jukebox and the rest of the disc skips back and forth between that decade and the Sixties before finishing up with a song each by Aretha and Otis. Disc Two starts out in the Seventies and only jumps back to the prior decade twice. True to the album's name, there are more than a few disco tunes broken up only by the biggest song of the Seventies. Trivia: When Dick Clark sat in Casey Kasem's chair for the American Top 40 from March 25, 1972, the Number One song that week was America's "A Horse With No Name" which is the fourth song on disc two of Dance, Dance, Dance. 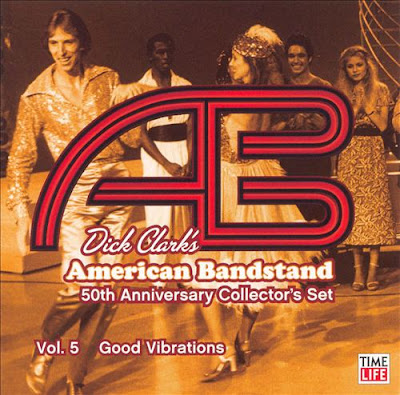 So a pattern seems to have formed: mostly Fifties and Sixties songs on Disc One followed by Sixties and Seventies songs on Disc Two. In this instance, Disc Two goes all the way up to the Eighties with a track each by Kim Carnes and Toni Basil. The varied song selection across both discs and the inclusion of Al Wilson's supremely soulful "Show And Tell" make Good Vibrations one of my most played albums in the set. 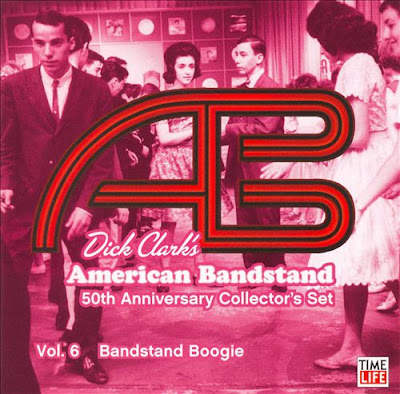 Elvis Presley finally makes an appearance, actually two appearances, on the first disc of the final album in the set before leaving the building once again. Said disc closes out with Les Elgart's "Bandstand Boogie," heard as the long running theme to American Bandstand. Disc Two is top heavy with Philly Soul tunes and artists yet can't help but make me think of the Boogie Nights soundtrack with "Best Of My Love" back to back with "Jessie's Girl."

In hindsight, there two things I should have done: 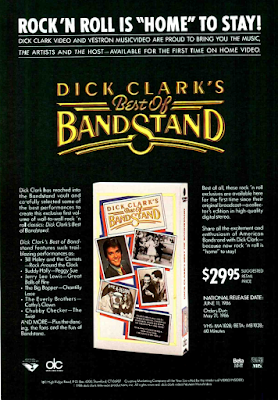 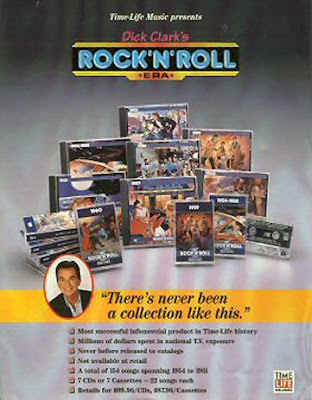