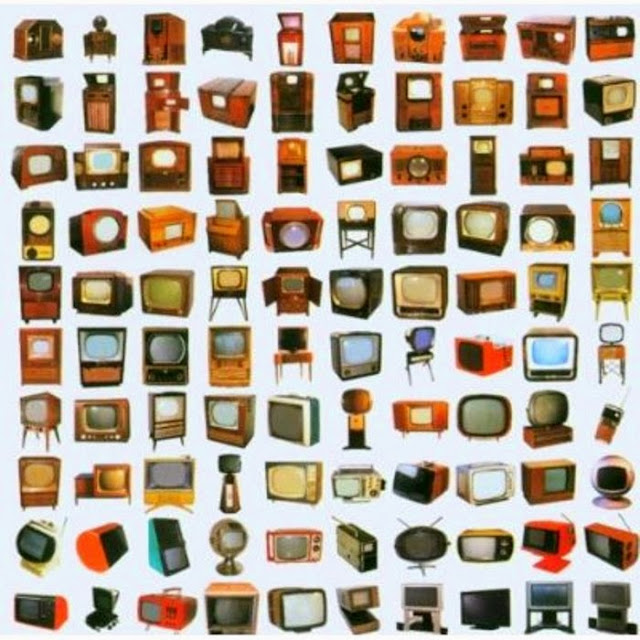 The picture above is from the final CD in today's post. It features 100 television sets. My ninja HTML skills will defeat your efforts to scroll down to the bottom of the page immediately.  So sit back and relax for the series finale of HERC loves TV Theme Song Compilations. In case you're just tuning in, the first three parts of this series can be found on demand by clicking on the links below: 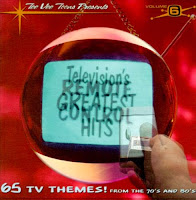 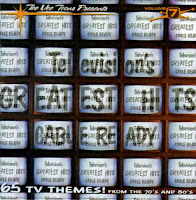 It was probably the Spring of 1997 before I stumbled across those final two volumes (6+7) of Television's Greatest Hits I had been looking for and shortly after that, I picked up the previous two volumes (4+5) to complete the set. It always seemed to work that way - as soon as I stopped seriously and intently looking for some album it would just magically appear in the racks somewhere. Viewers who never knew shopping without the internet will never know how difficult and time consuming it was sometimes to find the albums or compact discs you wanted even with more than a dozen music stores in town. It is so much easier now and usually cheaper than it was back then unless you're talking about a collectible or a rarity. 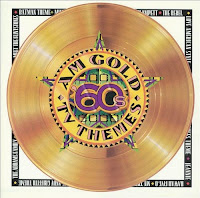 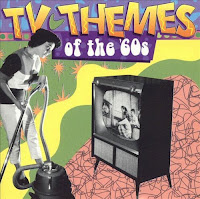 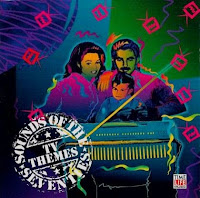 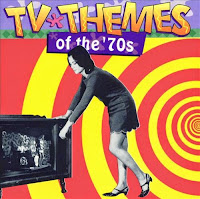 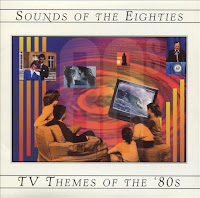 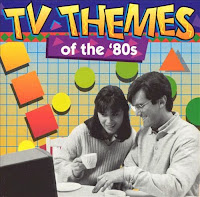 Though CD prices were trending down by 1997, the CDs offered through mail order by Time-Life actually remained some of the most expensive ones I was buying. In 1996, I was probably paying upwards of $24 to $25 per disc which broke down to $19.98 for the disc and $5 for shipping, processing, handling, bamboozling and shady monkey business. While I am not exactly sure if the discs on the left came before the discs on the right, I do know the track listings are exactly the same. I seem to recall the three discs on the right being offered as a set for $49.98 in a catalog or mailer while the discs on the left were somewhat late additions to their respective long-running series: 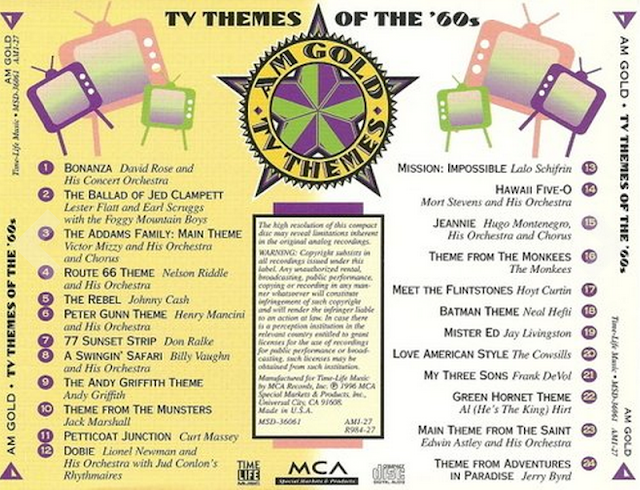 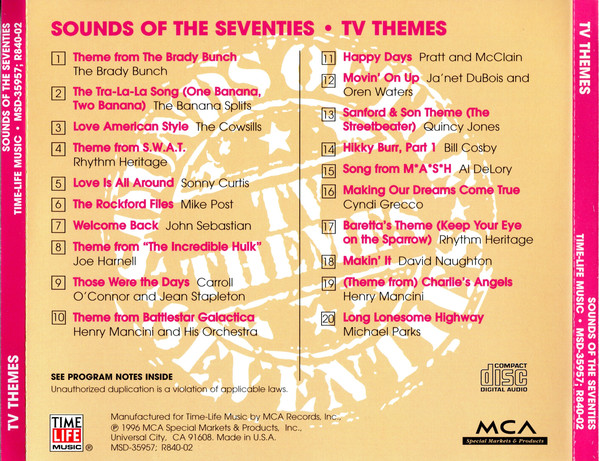 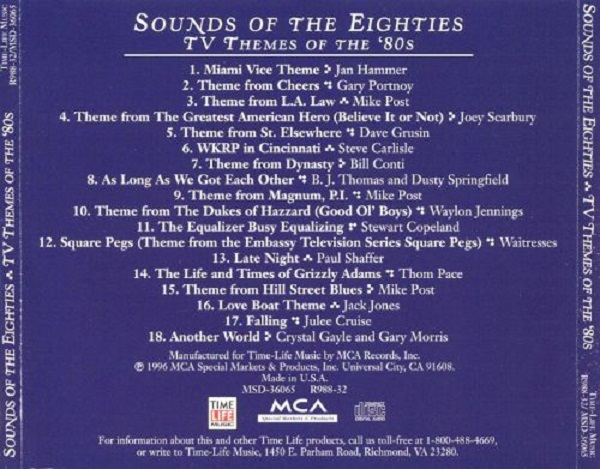 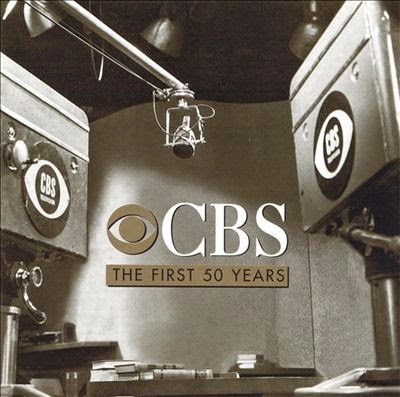 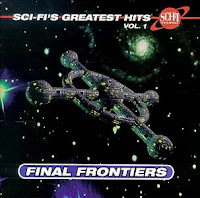 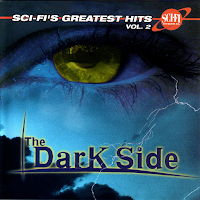 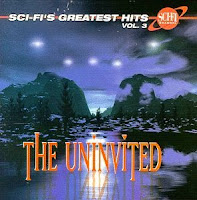 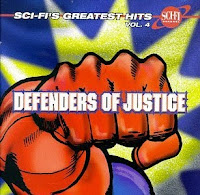 During one of my first forays into the shiny new Circuit City store that came to town in 1998, I spied with my little blue eyes these four discs and bought them all based on the title and cover art alone - didn't even bother to check the backs for the track listings. They were priced at $4.99 each which I felt was a good deal even if they sounded like crap or featured a guy performing all the songs on his Casio synthesizer. As you may have guessed, this was another TeeVee Toons production and each disc featured a blend of TeeVee Toons signature close-but-no-cigar re-creations of themes and the authentic themes themselves. Each disc features 29-37 themes and runs anywhere from 65-72 minutes. There are most definitely repeats from the seven volumes of Television's Greatest Hits. 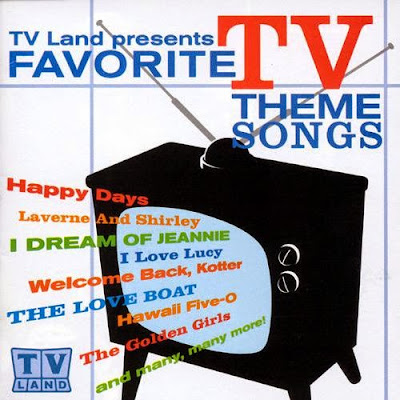 Found this bad boy at the public library of all places circa 2003. It's a 2002 Rhino production so its a quality job from top to bottom with 40 tracks running 73:25 total. Roughly a third of the themes are full-length 45 versions with the rest being the familiar versions we grew up with, including my preferred version of the theme from "Charlie's Angels." Given the selection and the quality of the recordings, this is probably the best single-disc collection of TV theme songs you could hope to buy. 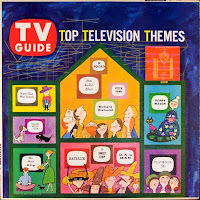 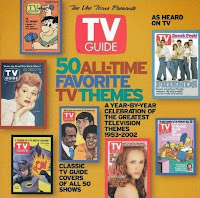 TeeVee Toons teamed with TV Guide on this disc a few months after Rhino put out the compilation I gushed over above. Far from being new to the TV theme game, TV Guide had issued a TV theme song compilation back in 1959 featuring 12 tracks, called Top Television Themes. For their 2002 re-entry back into the game, they offered one theme a year from 1953 through 2002, a total of fifty themes. The most interesting thing about this disc for me is that there is a TV Guide cover to go with each theme song, something no one else could do. As for the theme songs themselves, being a TeeVee Toons product you can probably guess that there are plenty of re-creations among the licensed originals. The package gets points for covering shows from the Nineties and the early 2000s as well but this is one time when 40 beats 50. 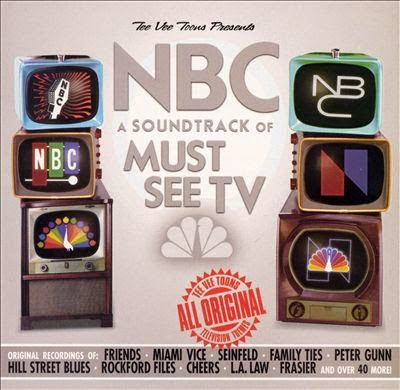 Unlike the similar CBS disc featured from five years earlier, this TeeVee Toons network team-up with NBC from 2003 says right on the cover it has ALL ORIGINAL TELEVISION THEMES and according to online reviews it is the real deal. I have never seen nor heard the disc so if any viewers out there want to hook a fellow TV theme song lover up -- do for me and I'll do for you. 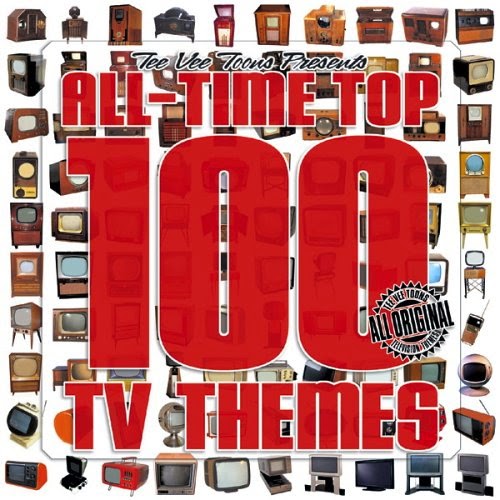 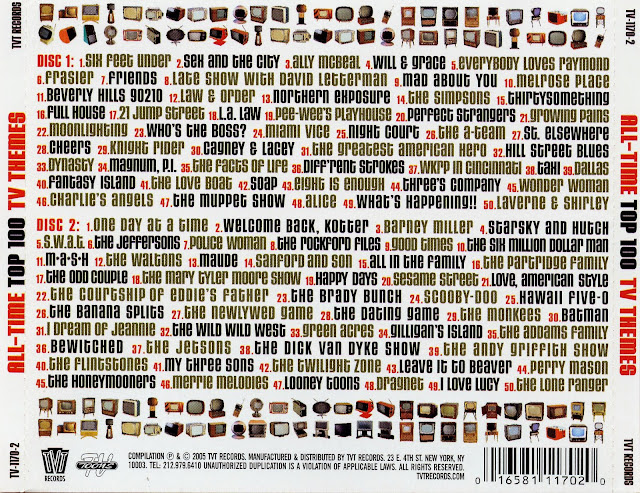 Which brings us to our last TV theme song compilation, a double-disc set audaciously titled All-Time Top 100 TV Themes and states that it contains ALL ORIGINAL TELEVISION THEMES. Running in reverse chronological order from most recent to oldest, there are indeed 100 TV theme songs spread across the two discs, split evenly with fifty tracks on each disc. Being that it is a TeeVee Toons 2005 production, one should expect to find some fugazi tracks but other than the suspicious WKRP track and some poor edits, this sounds like someone did a pretty decent job of recording the themes directly from the beginning of the shows. It should be noted that all of the themes are the ones heard at the beginning of shows and most are about one minute long. Together, both discs timeout to one hour and 47 minutes. Depending on your tastes, this could more than fit your TV theme requirements. 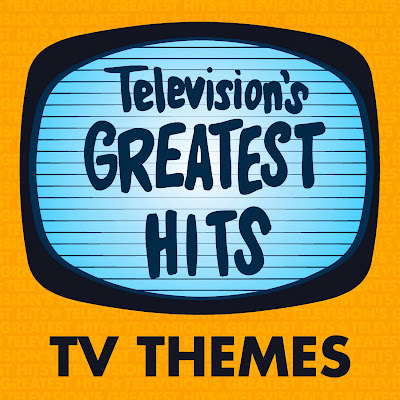 Lest you think TeeVee Toons lived happily ever after in re-run heaven, they licensed the digital rights to their original TV theme re-creations to Oglio in 2011. Oglio promptly re-packaged the now 30-year-old recordings into a series of six packs as well as released them as singles and ringtones. Unless you are really desperate and/or tone deaf, don't waste your time or money on these. If you are curious, however, they can be heard on Spotify.


Don't forget to tell me your favorites or express other opinions in the comments.