Time Life began their epic Sounds Of The Seventies series of compact discs with the release of 1970 in 1989.  Three more discs followed in rapid succession: 1971, 1972 and 1973 1976.  The bi-monthly arrivals continued through the next seven years and a total of 42 discs.  (Head on over to Ron "Boogiemonster" Gerber's Crap From The Past page devoted to Time-Life CDs for more details on the Sounds Of The Seventies series.)  Then the discs stopped coming; the series apparently over.  By chance one day in 1998, HERC was perusing one of several brochures that came with his monthly QPB mailing and saw a five disc set called 70s Dance Party that had the familiar Sounds Of The Seventies logo on the cover of each disc. HERC ordered the set; five discs below featuring songs from 1972-1981: 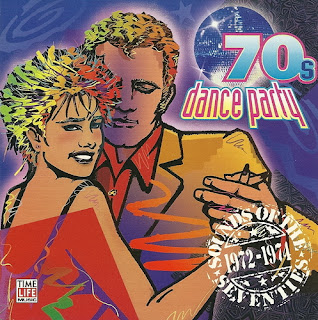 1972-1974 covers disco's earliest roots and influences, from the smooth sophisticated soul of Philadelphia International Records to the funky sounds of the Ohio Players and Kool & the Gang with stops along the way for Motown's built soul pop as well as the sexy soul of Barry White and Rufus featuring Chaka Khan. 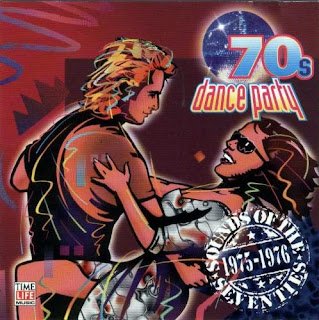 1975-1976 is where the music starts taking off as European influences along with the influences cited above, share time on the dance floor beneath the mirrored ball.  These songs are the poppiest and best-selling of disco's first wave, as the music found its way from the underground to the mainstream.  This disc contains more of HERC's favorite songs than any other in the 70s Dance Party series. 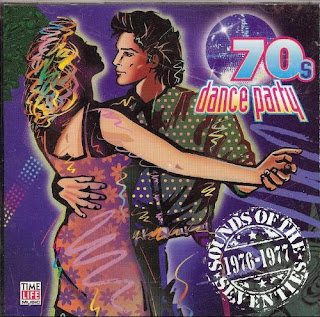 1976-1977 continued the previous volume's chronicle of the ascendancy of disco music with eight #1 songs including the very first Platinum-selling single, Johnnie Taylor's "Disco Lady", among the eighteen tracks.  Unlike the Sounds Of The Seventies discs that preceded 70s Dance Party, disco poster boys Bee Gees were nowhere to be found.  Instead the Gibb family name was represented by baby brother Andy, who was backed on his songs by his brothers. 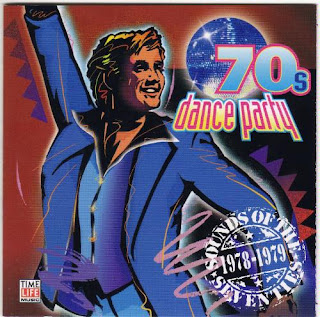 1978-1979 is disco music at the twin peaks of both popularity and creativity.  Post Saturday Night Fever, the backlash was coming but listening to this disc now it seems as more than just four of the songs should have topped the charts. This disc contains some of the tastiest bass licks in the series, including songs by Chic. GQ, A Taste Of Honey and Foxy. 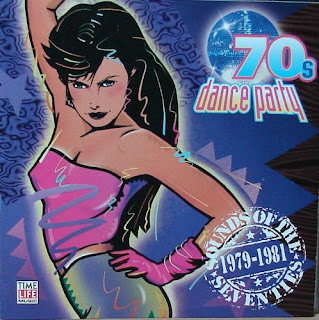 1979-1981 was disco's last gasp before it retreated back underground. If there is one thing this series lacked, it's the enormously successful yet seemingly universally hated disco rock crossovers by Rod Stewart ("Do Ya Think I'm Sexy"), Kiss ("I Was Made For Lovin' You"), Paul McCartney & Wings ("Goodnight Tonight"), Blondie ("Heart Of Glass" and "Call Me"), Queen ("Another One Bites The Dust") and The Rolling Stones ("Miss You").  Tellingly, HERC bought all of these singles and most of their parent albums. 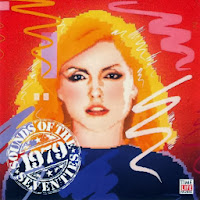 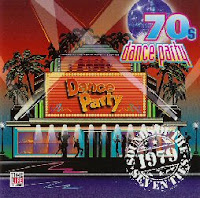 Sometime in the early 2000s, HERC happened to come across the disc pictured above (upper right) as he was digging through stacks of used CDs at a local music emporium.  Only after he brought it home did he realize it was simply the 1979 disc from the original Sounds Of The Seventies series (upper left) with different artwork in an effort to tie it in with the 70s Dance Party series - both discs have identical tracklists.  There are ten #1 songs among the eighteen tracks on 1979 and while at least six of the songs can't be considered "disco" by any stretch of the imagination, there is not one but two(!) Bee Gees tracks (though they are weaker, post Saturday Night Fever ones) and two of those disco rock crossovers HERC was just bemoaning above: Rod Stewart's "Do Ya Think I'm Sexy" and Blondie's "Heart Of Glass".  It was an odd release indeed but now he had all 48 discs.  Case closed.

Also in 2000 or 2001, the 3 disc set below showed up at Costco for $19.99.  Each disc features a dozen songs and according to HERC's haphazard accounting, all but two of the songs appear on the discs above.  The two "new" songs appear on Disco Fever and they are "I Love The Nightlife" by Alicia Bridges and "Blurred Lines" "Got To Give It Up (Part 1)" by Marvin Gaye.  It is worth noting that both of those songs did appear on other discs within the Sounds Of The Seventies series. 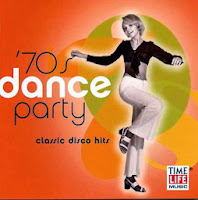 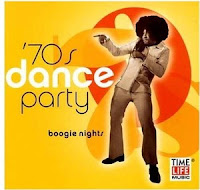 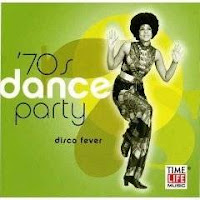